September 09, 2017
When we last saw the Magna Fugitive it looked like this... 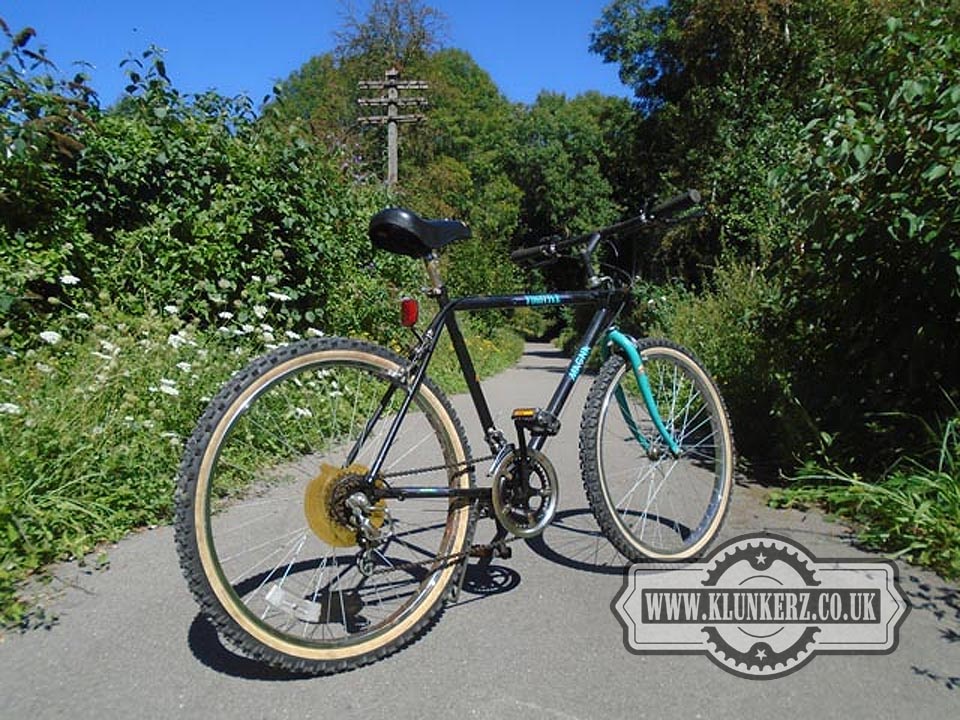 Since rescuing it I have been fettling it a little, and digging through my spares and now I am happy to say that it looks, and rides far better than it probably ever has! 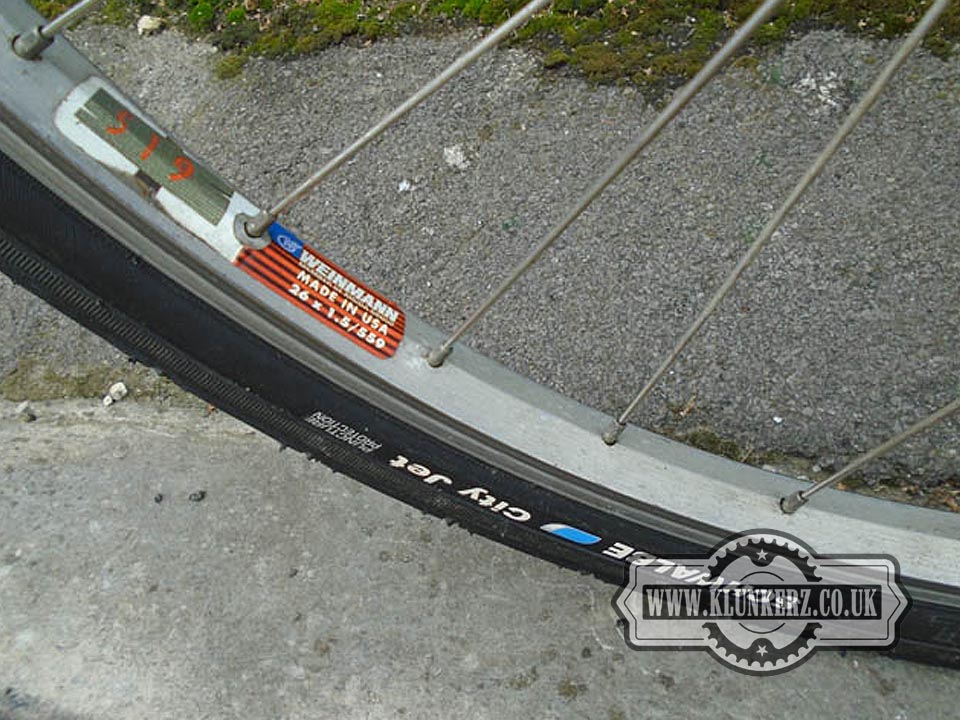 It now sports two new Weinmann aluminium lightweight wheels that I took from another mountain bike before putting it up for sale and selling it! On those wheels are a pair of Schwalbe City Jet tyres, also from another mountain bike that I later sold. Free tyres and wheels... Happy days! Changing the wheels and tyres has made an enormouse difference, not only does it not now buzz along like an old Land Rover, but it was the wheels that made this thing heavy! The old steel wheels were probably twice the weight of the new wheels and tyres combined! Plus... 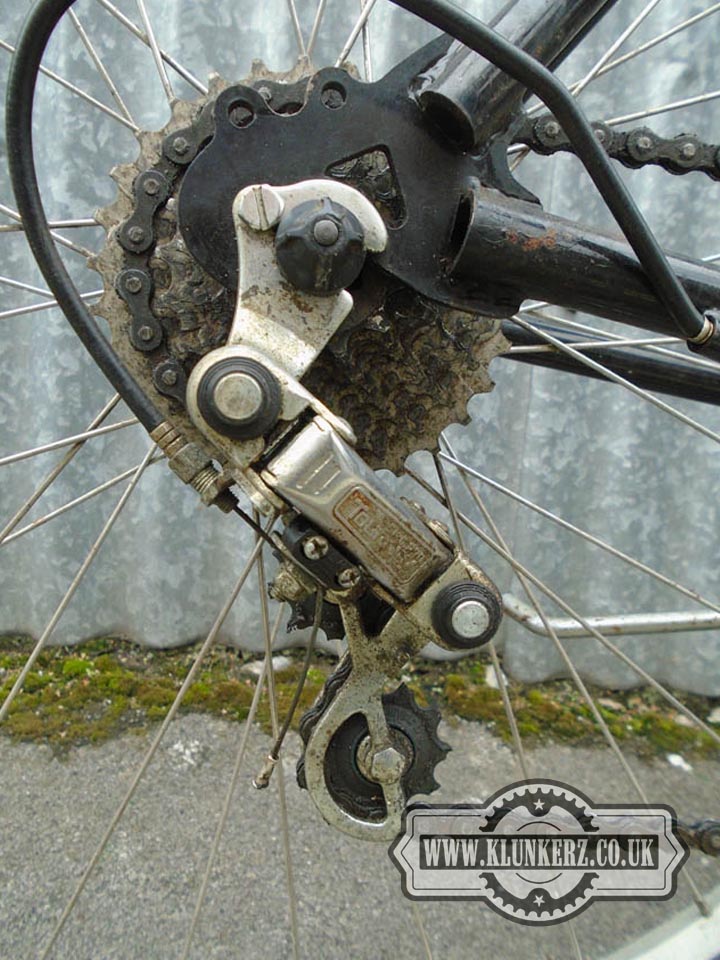 The new wheels have a 7 speed block on them, so I now have 14 gears!! I still only use three of the gears though obviously! I have also changed the saddle too for one that is, A. comfortable, and B. not full of water! Anyway, the Fugitive now looks like this. 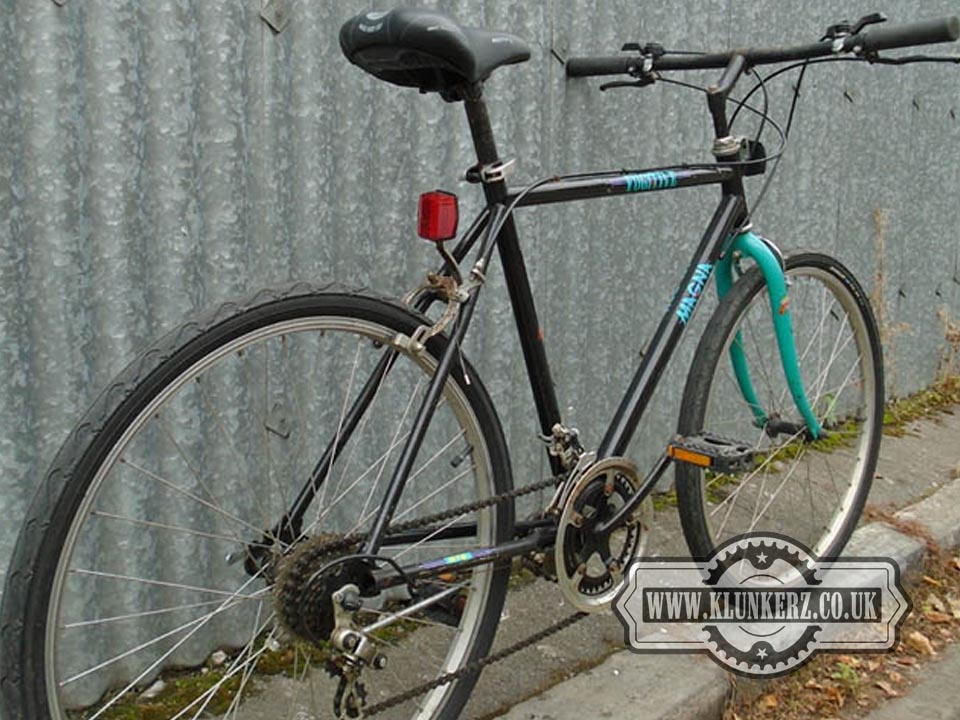 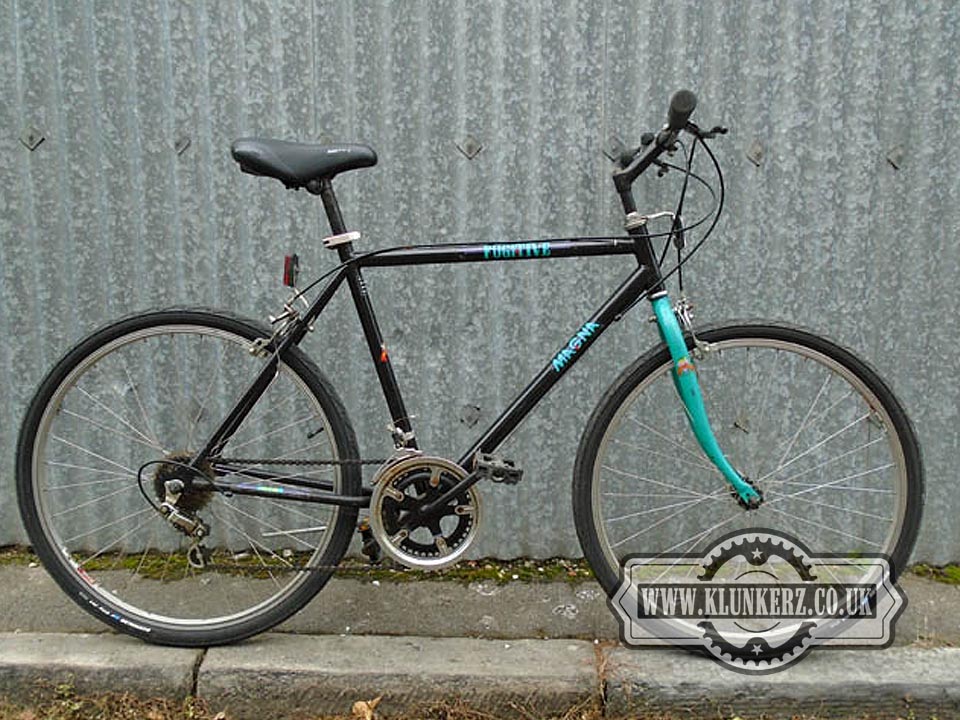 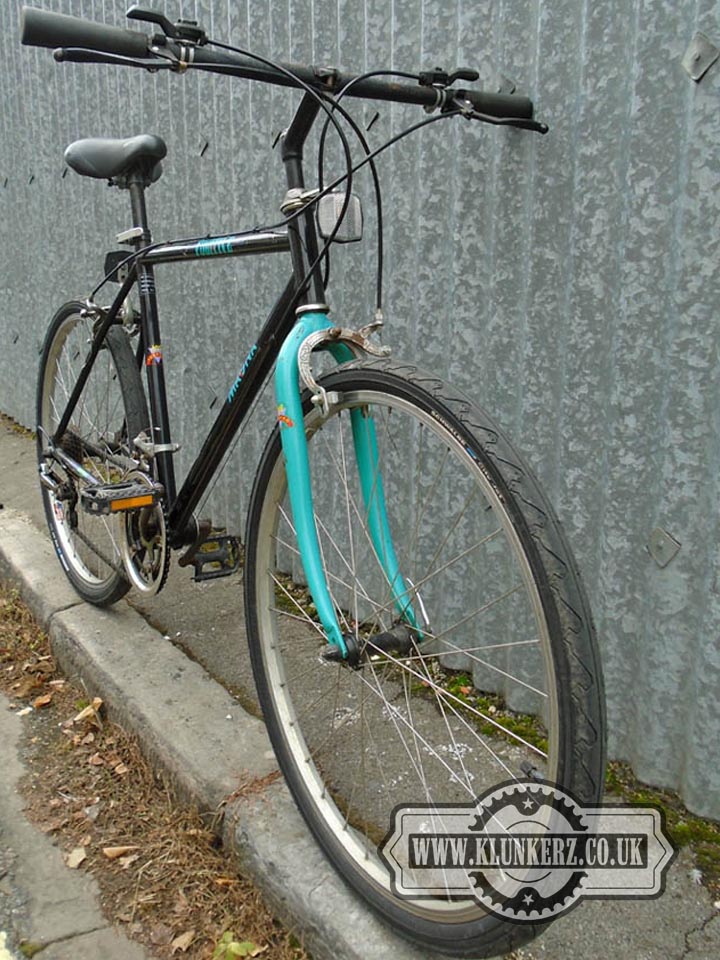 I've got to say that it is unbeleiveably nice to ride, so nice infact that it's been the only bike I've been riding lately! To be honest I will be sad to sell this bike, and have considered keeping it for a while, which if I'm honest I've not ruled out as it's so good to ride. Another thing I really enjoy about it is that I can leave it anywhere, and when I come back it's still there, untouched. I don't need to worry about it, because no one else wants it! It is much better than it looks, but at a quick glance it's just some old mountain bike!

So the other day when I rode it into the tip just to see what other bikes they had I managed to pick up a front light from a bike they had there, this made me think that this might be my evening bike as the days are starting to get shorter, colder, darker, and no doubt wetter! It was just a little clip on type light, which was nice as it clipped off really easily, and fell into my pocket whoops! 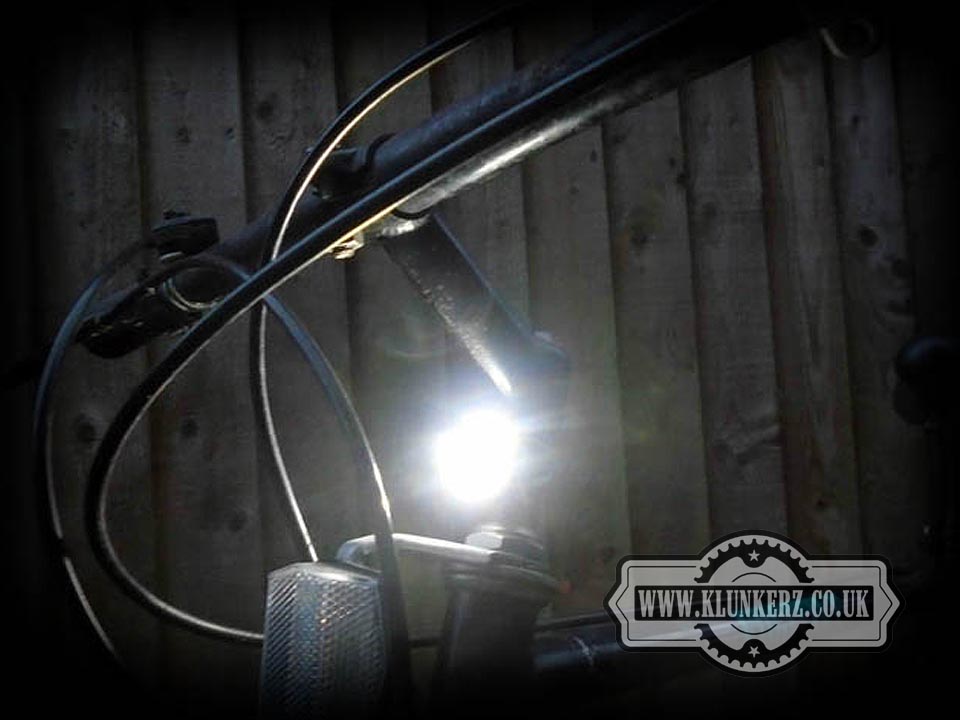 As you can see, pretty bright. Unfortunately someone had already half inched the back light, but I figured that I would get one at some point before it got properly dark. Later that evening I was sitting browsing fleabay, and I just thought that I'd see if I could find a matching rear light. So I typed in LED Rear bicycle light, and was immediately faced with thousands of different tail lights for my bike. As I browsed my youngest monster joined me, and had soon pointed out a light that I should buy. To be frank the tail light that she had picked out was not really what I was looking for, but at just £2.65 with free delivery I thought, what the heck, lets have it. 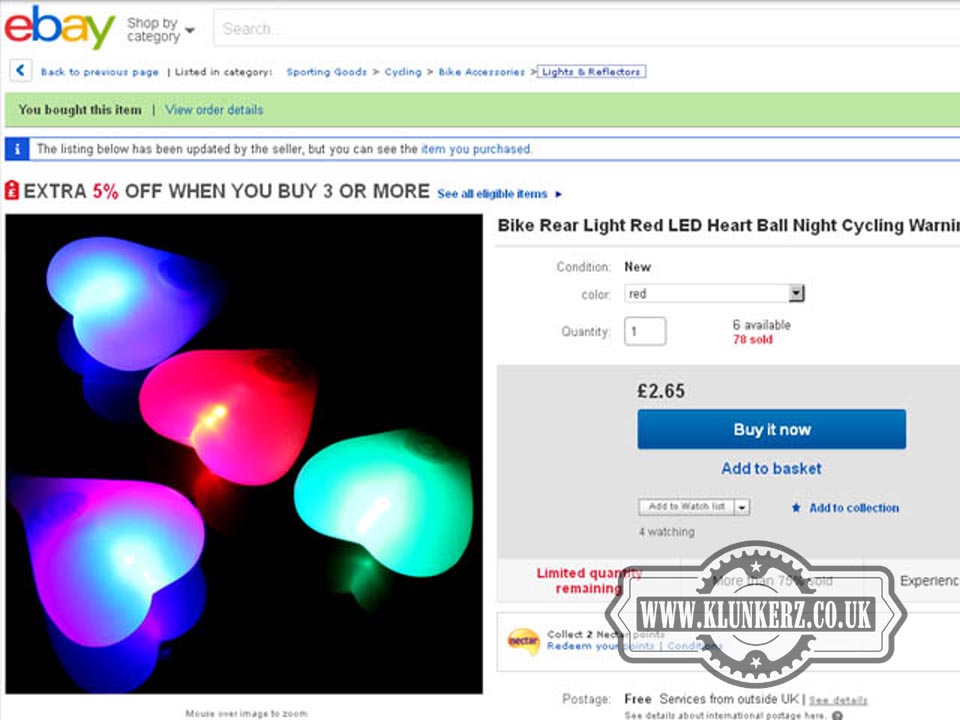 So I  selected that I wanted to have a red one, as there were a variety of colours to choose from, and clicked the 'But It Now'. I then waited for my new tail light to drop on my door mat... Oh Dear! I must admit I did have reservations about having a heart shaped tail light on my bike, but my little girl thought it was cool, so I figured that I would have it as she liked it, and then deal with the ridicule from my friends later! However, as ever when I'm dealing with fleabay, it didn't go smoothly. You're probably thinking that they sent the wrong colour, or that the damn thing never arrived at all, but you're wrong, it arrived alright. But lets just say that the picture on the ebay listing didn't really show you how it looks when it's mounted on your bike! Stand by... 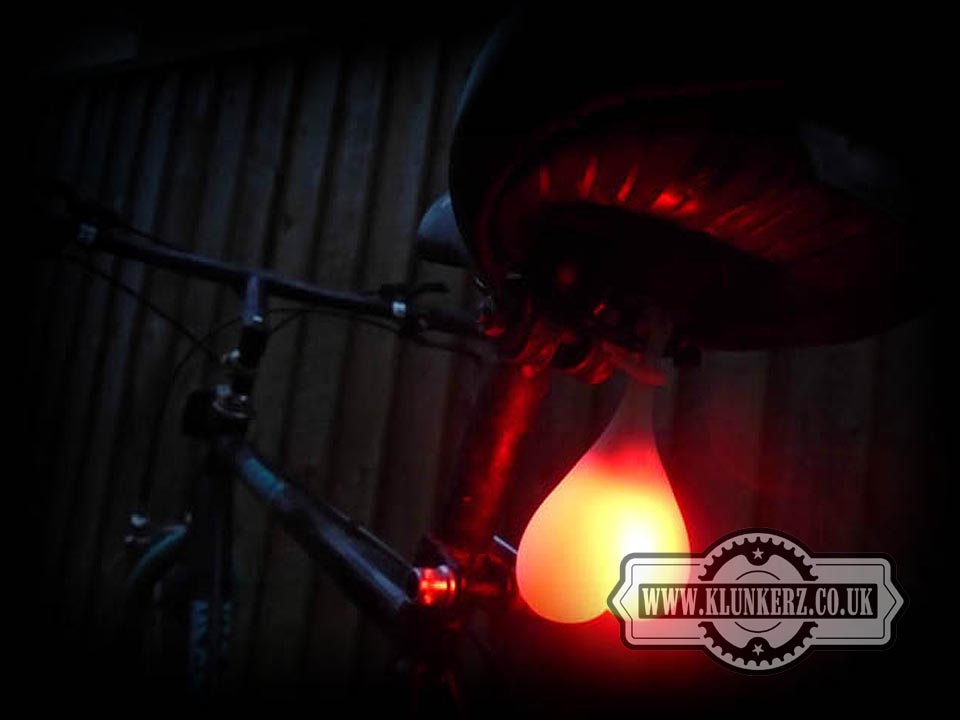 So it's a one peice affair, and the hangy bit is at the bottom of the heart, which ofcourse means the heart (if you're still calling it that) is upside down! So I put it on my bike, my youngest monster said that it  looks like an upside down heart, she's only 7... The oldest monster who is 12 said, Dad, you've got a testicle light, and then they all laughed at me! Yes I was expecting ridicule, and believe me I'm getting it, but I wasn't expecting the ridicule to be for this reason! However all is not lost, because it sways too and fro as you're riding, and really does attract other peoples attention who are following you. I also think it's kinda funny when you think about my first outing with this bike, and that stupid woman with her dogs! It was obviously destiny that brought me that tail light! Needless to say I did email the seller and suggest that they might want to put a photo of the light actually mounted on a bike so that people buying it could get an idea of how it will look on their bike, and they have indeed changed the picture, which was good! Might get one for Mrs Clints bike now!