September 12, 2017
You may well remember me babbling on about Monty W if you've been reading my words of wisdom (or not) for a long time. If not, 'Monty' is some sort of road bike that has been languishing in a shed on the grounds of a property that my friend owns about 100 miles from BelongaClint. Well, back when I first clapped eyes on it I thought I'd have it, but was unable to take it away that day as I was in the wrong car for the job, but I promised my friend that I would return to collect it someday soon! Well last night we were chatting on the telephone and he says to me, that he would really quite like it if I collected it sooner rather than later as he was planning to dismantle the shed at the weekend! So then I had a little job to do, dismantle one shed and take to the tip, bring back 'Monty' I thought that it should be good as long as it's not raining, and the brambles havn't grown up and over the shed again! After a three and a bit hour drive I found myself somewhere in the middle of nowhere preparing to take down a shed, and apparently help to remove some shrubbery and other garden type rubbish. My reward for such work? One possibly custom built road bike called Monty W. 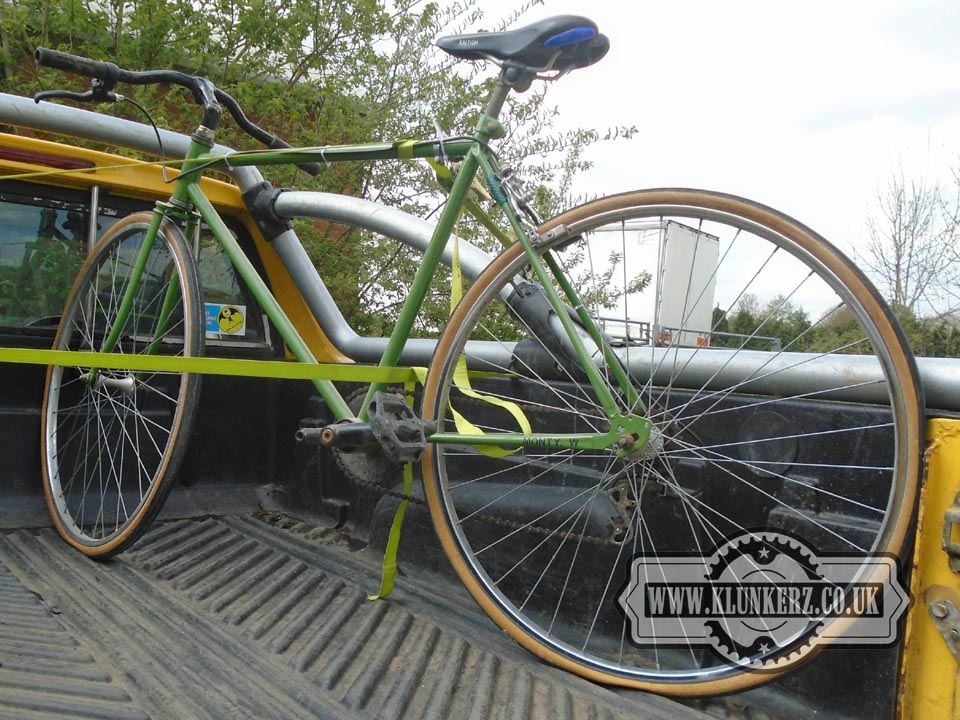 When I left home that morning it was somewhat overcast, dull and chilly. So I thought nothing of taking a hat with me as I jumped into my little ute and headed off, dreams of a new bike in my feeble little mind! By midday my feeble little mind was getting fried inside my bald head. As I sit here writing this the skin on the top of my head feels a little warm, and tight, tomorrow I have a feeling I might look like I've had a facelift! Although I am trying to combat this by applying lots of moisturiser (yes I know, very manly) The stupid thing is, I even have hats, I bought one the other week, a pith hat, but the trouble with that is that I'd probably look like 'Lofty' from It Aint Half Hot Mum! But atleast my head wouldn't be sore. Anyway, enough about my fasion sense, you probably arn't that interested that I look like a baked bean from above, and neither will you be interested in how prickled I got from the brambles we cut down, right? You want to know about the bike. Well after spending the day hacking our way through the brambles (again! Honestly, how fast do those things grow?) and clearing them away finally the bike was released from it's hiding place of, who knows how many years. It stood there, covered in a thin layer of dust in the late afternoon sun, and upon first inspections, it's pretty good. The frame it self is in remarkable condition. The chain is a little rusty, as are the handlebars. the wheels have some rust, but you'd probably clean them up. The tyres, although flat, look ok, presumably because it's been stored in the dark. I'll see what they look like once I've pumped them up. Anyhoo, I forgot to take photos right up to the point when I had it in the back of my little ute and was tying the thing down ready for the drive home this evening. So I got my camera out then, and now here for your perusal is a selection of photos of Monty W out in the sunlight for the first time in I don't know how long! 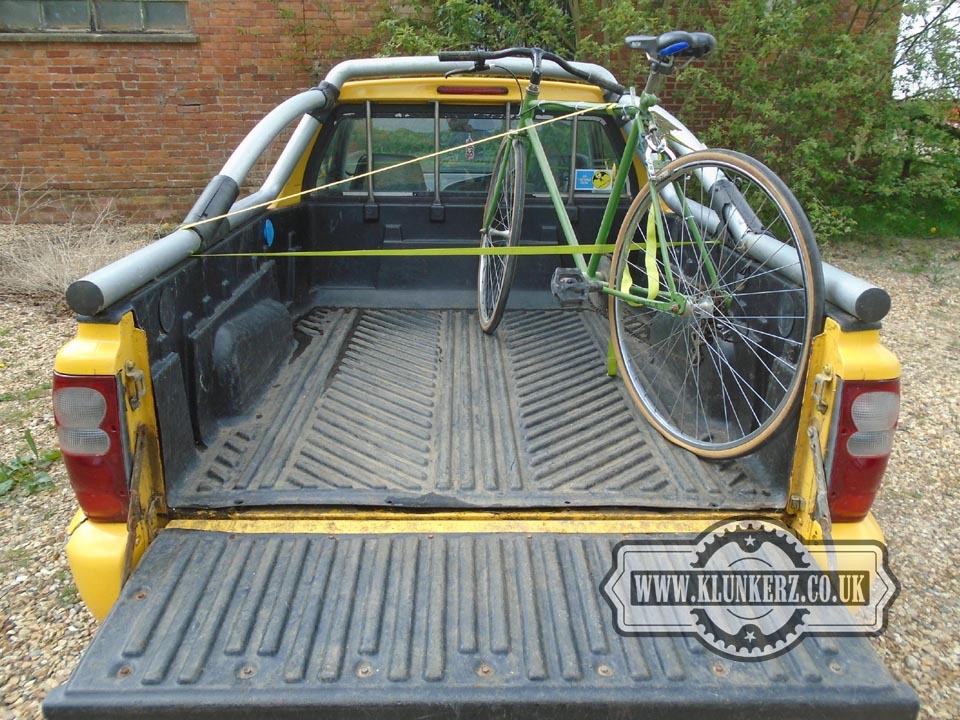 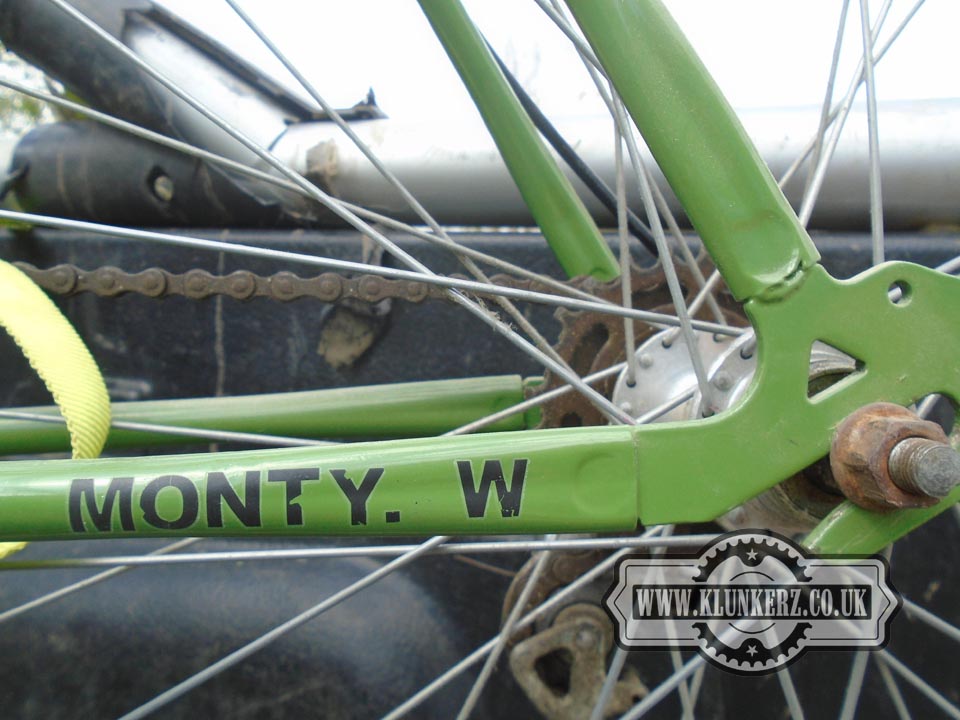 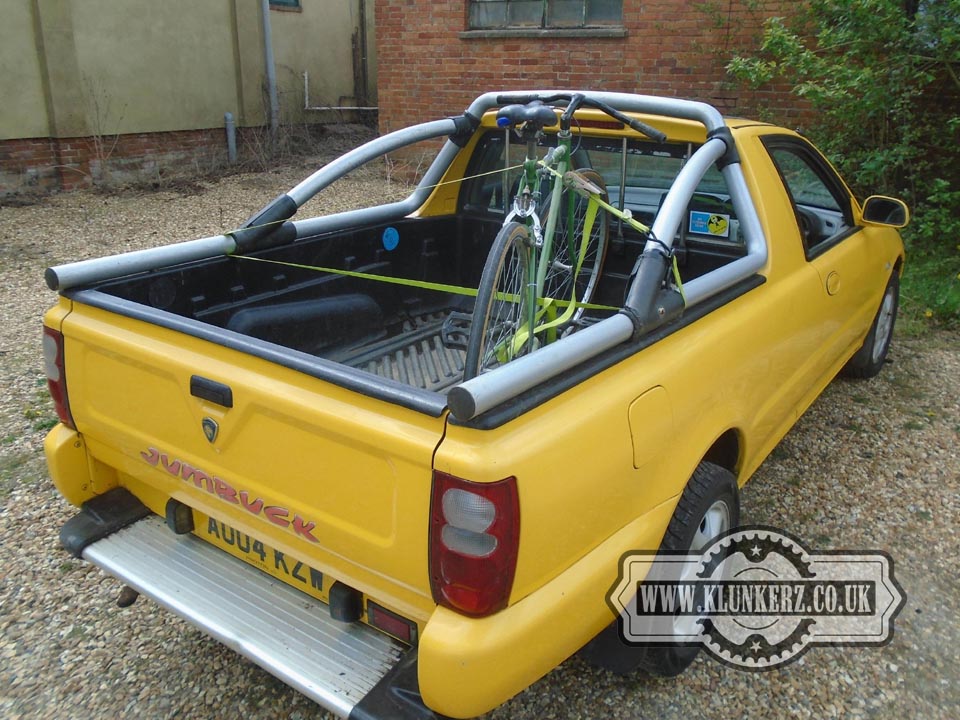 I must admit I am still at a loss when it comes to identifying this little bike, I've done quite a lot of searches since I found it initially and I can find absolutely noithing out about it, or indeed who is Monty W.? If anyone has any ideas, please feel free to clue me in! The frame is made from quite small diameter tubing, and is quite light. The handlebars I believe are just roadbike handlebars turned upside down. It only has a single brake, and it's on the rear, a caliper type brake of a design that I've not seen before, and the front forks have a very unique design. I shall try to get a few more photos of it soon showing these items in greater detail. I'm hoping that the tyres are as good as they look, and that they will hold air so I can take it for a bit of a spin one day over the next couple of days.