September 21, 2017
It has to be said that I quite like rubbish bikes like the Magna because after some slight tweaking, I think its great. But I'm guessing that the Magna, and these two Raleighs are of about the same vintage. To ride them however they really are worlds apart in quality. 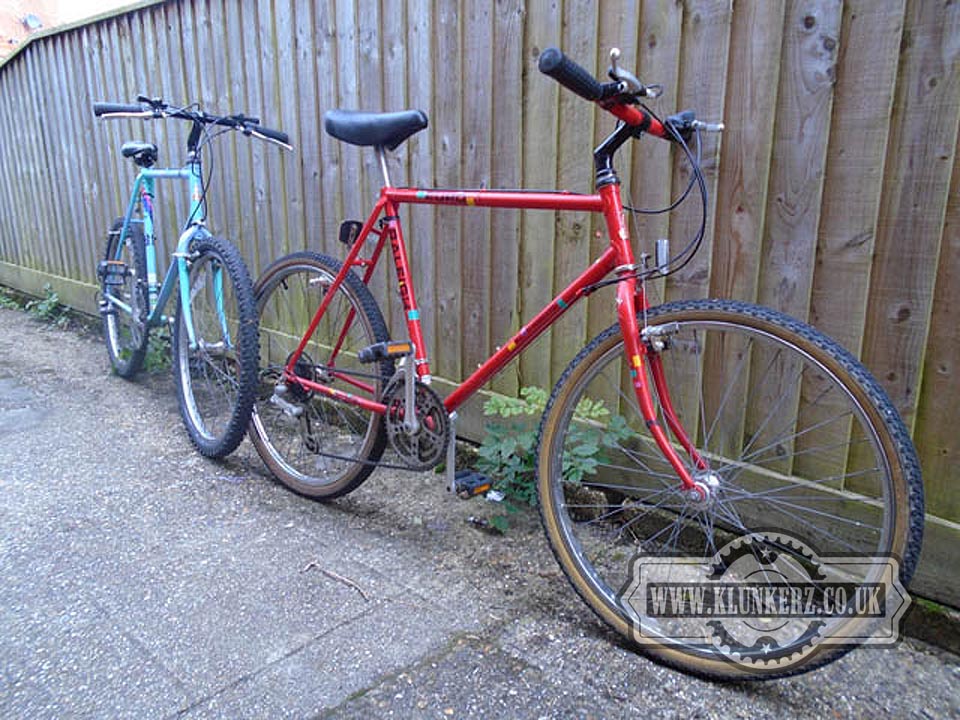 Starting with the Red one, a Raleigh Euro it would seem. This bike is in very good condition, and everything works well. Infact you cannot fault it, it rides fantastically, although I think that the tyres are probably the original ones that came on the bike. But not only is it a well built bike, it would appear to have been built with good quality parts. 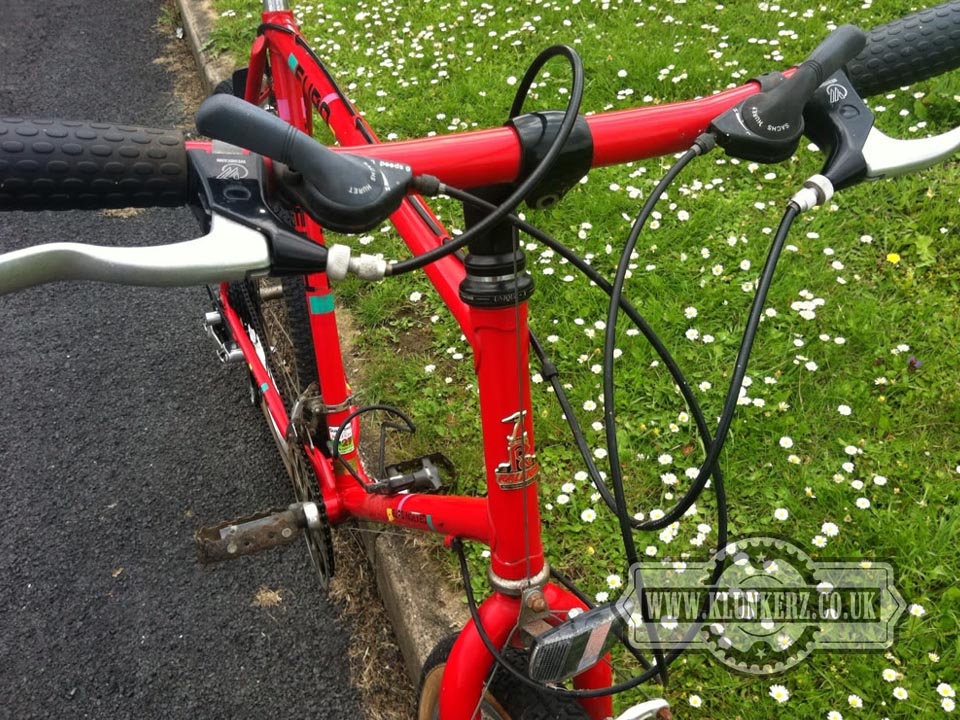 Things like the grips, brake levers, and gear selectors all seem to have been selected out of the 'good' parts bin. The whole bike is the same, just well engineered. The second bike, the blue(ish) one is a Raleigh Massif, and with a 23" frame it kinda lives up to it's name. Like the Euro it is a well built machine which would appear to have been put together using nice parts, and plenty of thought, rather than the, oh these bits will do method! The thing is, as much as I enjoy riding the Magna, no matter what I do to it, it will never be as nice as either of these two bikes to ride. The quality just isn't there to begin with, which is a bit sad as all three are probably from around the same era. But worse than that Raleigh were building these superior quality bikes which nobody was buying due to the fact that they were buying bikes like the Magna because they were cheaper. This left Raleigh no option but to build a cheaper, poorer quality bike to be able to compete with the rubbish that everyone else was selling, a tragedy of the modern times! 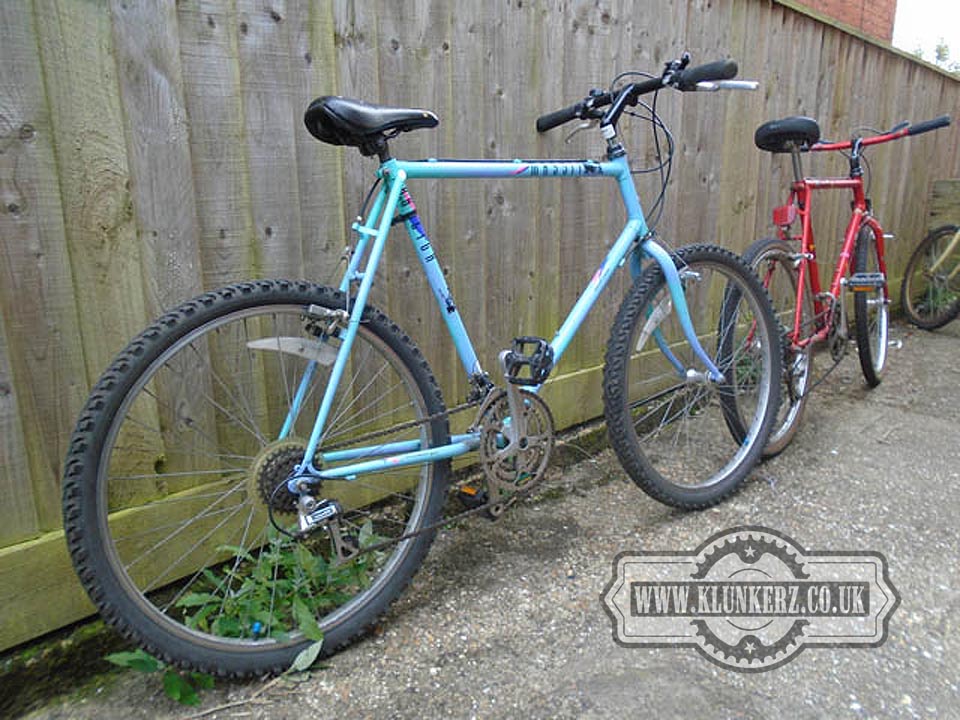 So out of the two Raleigh bikes which one is best? Well, they're both really quite good, but the Euro is marginally better than the Massif. But, that being said I prefer to ride the Massif, and this is for two reasons, firstly, and probably most stupidly I have a deep seated fear of riding RED bikes. Don't ask me why as I'll only sound more bonkers than I usually do, it's completely irrational, but it worries me. Secondly I prefer a bike with a larger frame, at 5' 10" a 23" frame suits me fine, and like I said, there is very little in it, but the Euro is slightly the better machine. The thing is, I get through quite a lot of bikes, and these two bike ride better than any mountain bike I've had lately, I'll go as far as to say that they ride better than the FELT that got nicked and started this whole bike building thing! The thing is that the FELT quite modern in comparison. (remember I ride mostly on paved surfaces, off road I reckon the FELT would come into it's own!) It is a shame that build quality has now gone in favour of cheapness, but I guess this is the modern way. Am I going to keep them? No, of course not. But my 23" Raleigh Mustang frame is from the same kind of era, which I will build up into a rideable bike, and that one I will keep, but these two will be up for grabs before too long, once I've had my fill of riding them. I must admit that I have been thinking about the Magna, and wondering what it would be like to get hold of a cheap as chips mountain bike like the Magna, and then strip it to a bare frame and equip it with decent parts. I wonder if it would make any difference to it, and I wonder if it would make it as good as these two are to ride? My feeling is that although it would probably improve it, it still would be no match for these two in quality of ride, simply because of the low quality frame. I think the next low quality mountain bike i get hold of  I'll strip it right down and then slowly build it back up as and when I find decent quality parts for it, then I'll ride it for a bit and see how I get on! In the mean time, i must get on with that Mustang frame and continue building that back up.