September 07, 2017
Whilst out and about with my youngest monster on her micro-scooter back in the Summer holiday I spied with my little eye something beginning with 'B' up in the trees... No, it wasn't a bird, or even a bug... 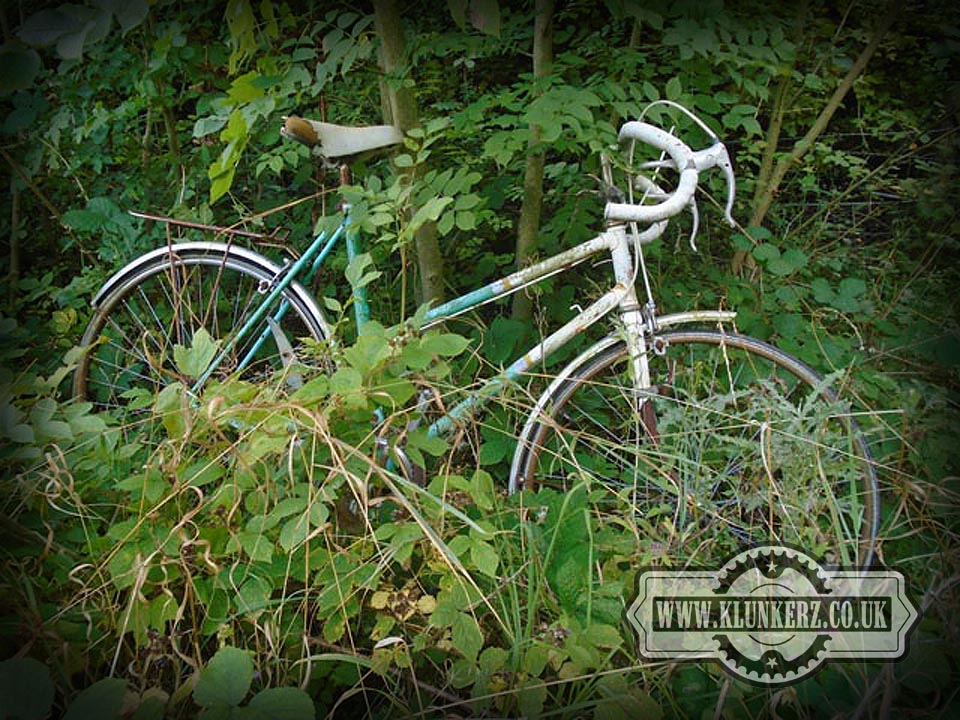 It was of course, a bike. 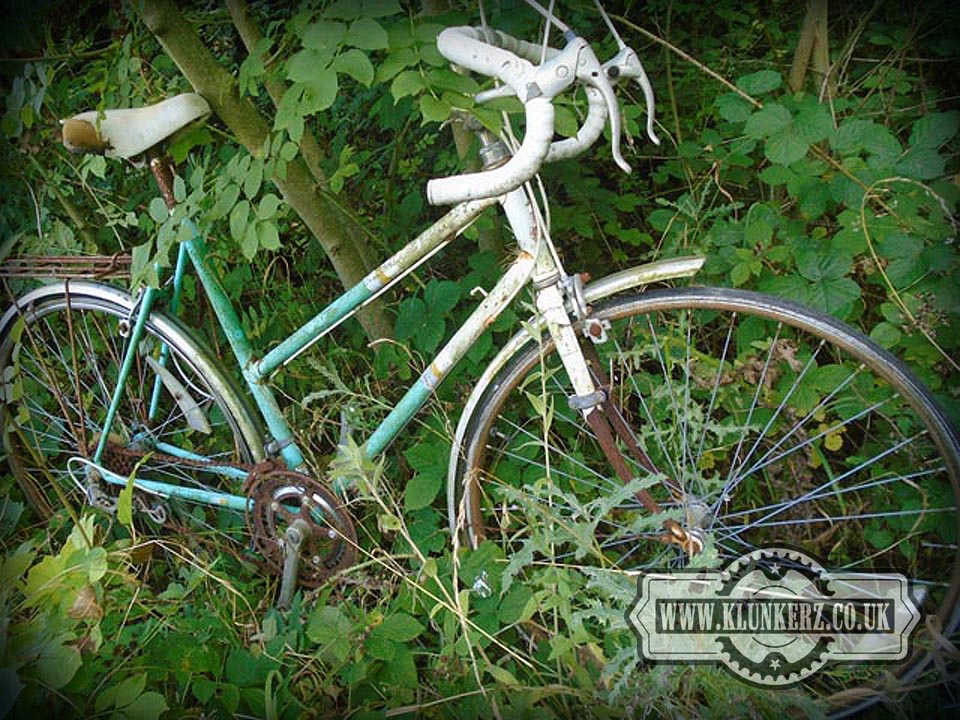 And by the looks of things it was a bike that had been dumped in the woods a good long time ago. After fighting my way through the long grass (I'm getting quite good at that after chopping my way to the shed in the previous post), and untangling the wildlife from it I had pulled the thing free. I then dragged it back to the path we were riding along to evaluate the thing... 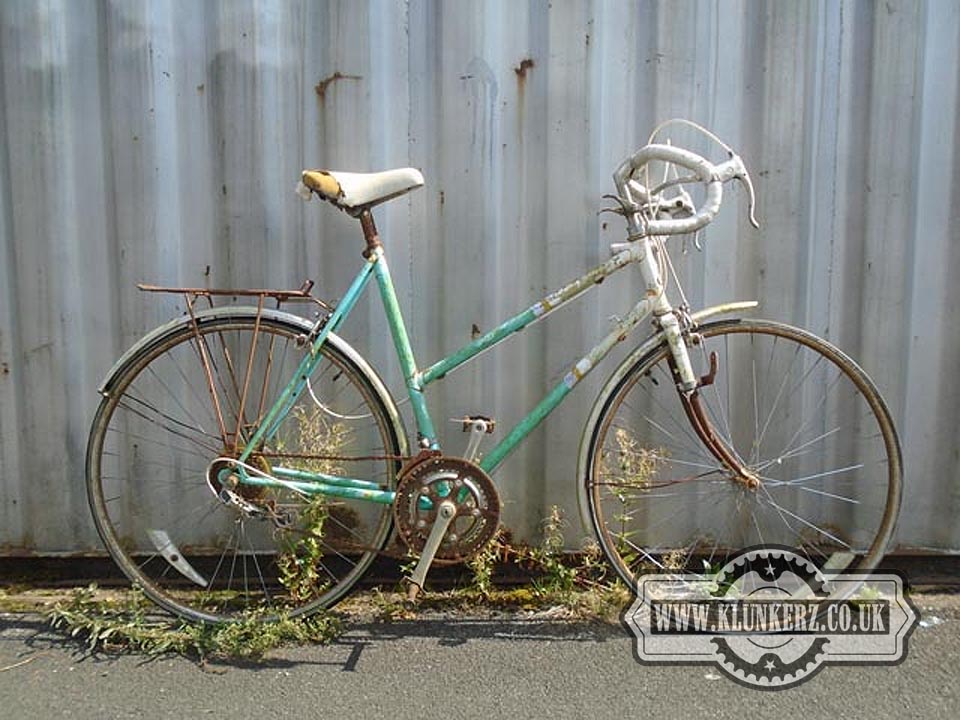 It wasn't good, it's pretty rusty to be sure, infact I think without the help of a welder this won't be ridden again. The steering was stuck solid, and the wheels wouldn't rotate, however brute force and ignorance prevailed and eventually the wheels would rotate, and the thing could be steered... Just about! But quite what good that did I don't know other than to make it a little easier to push home! I passed the tip on the way home and thought about just pushing it into the tip and letting it meet it's destiny as a soup tin or something, but I felt that parts at least could be harvested from it before it goes to the metal recyling plant. 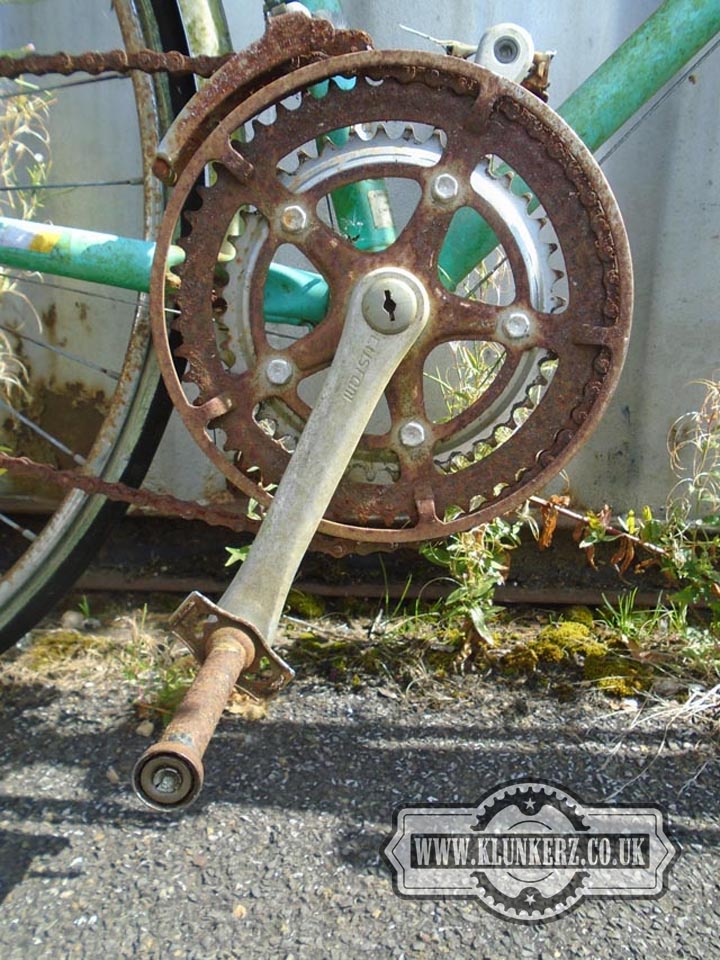 One of the pedals had actually rusted off, and was laying on the ground next to the bike in the undergrownth, I left it there for an archaeologist to discover at some point in the future! 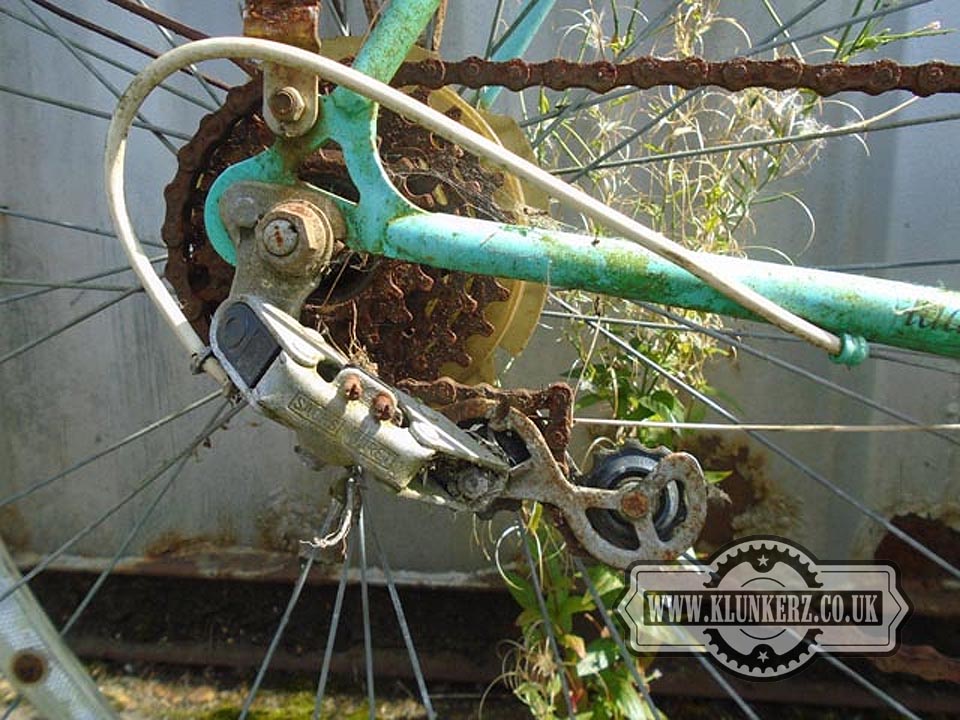 The chain, and rear derailiuer had rusted solid, and no matter what I did, it wasn't going to go round, although the rear wheel did eventually give in and rotate, but the chain stayed rock solid! 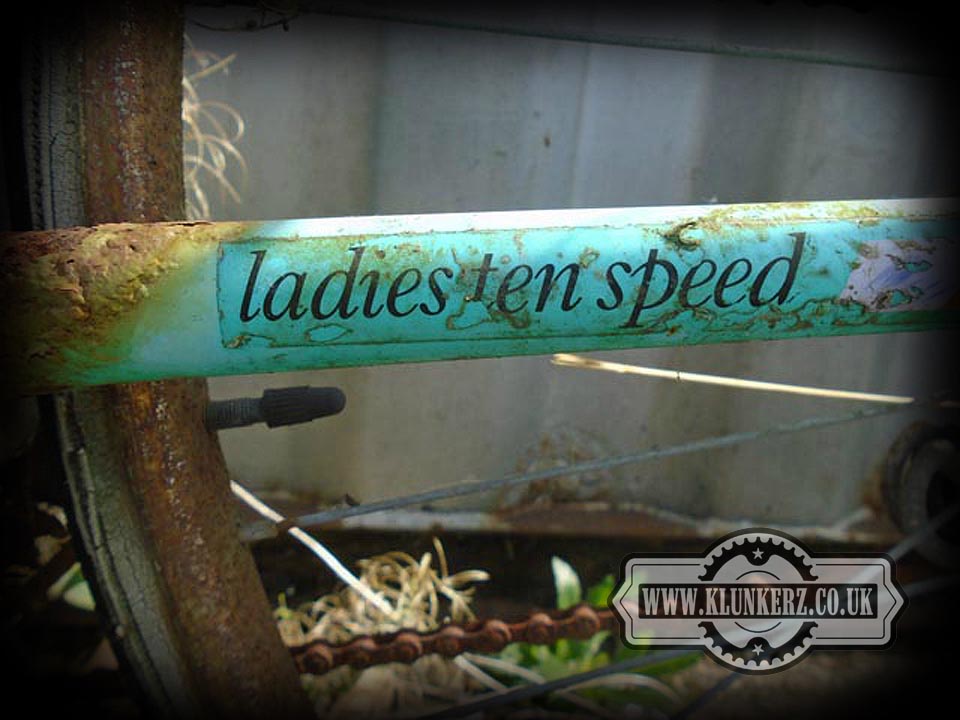 But it's a ten speed... Or atleast it would've been at one point! The frame is very rusty, I reckon if I were to sit upon it, it would probably break! 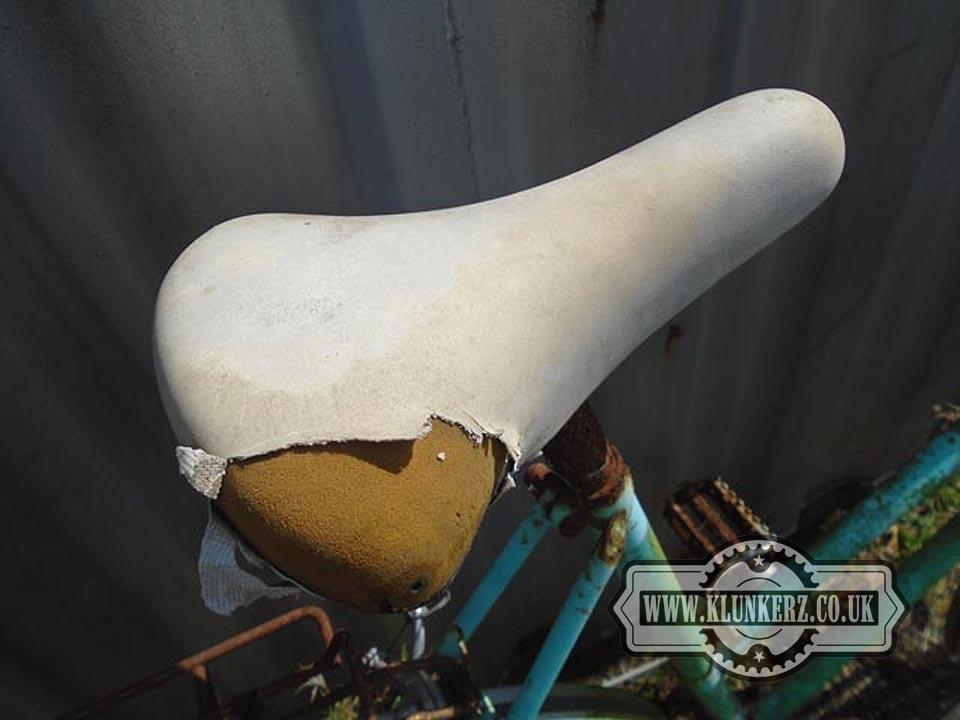 And no doubt if I did sit on it, that sadle contains several gallons of water that would make me look like I'd wet meself! 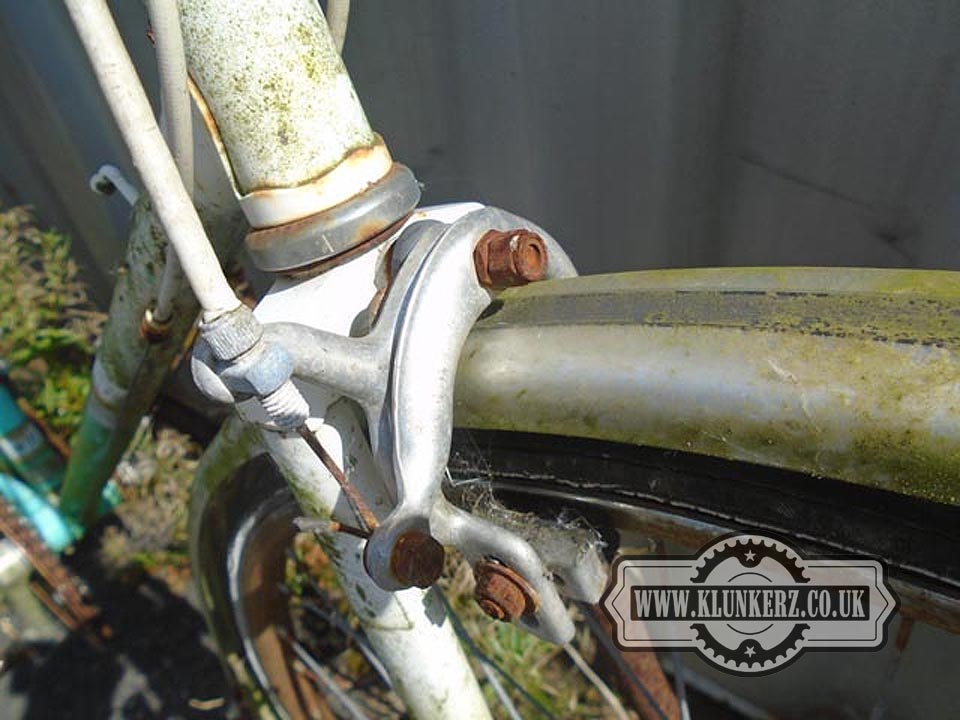 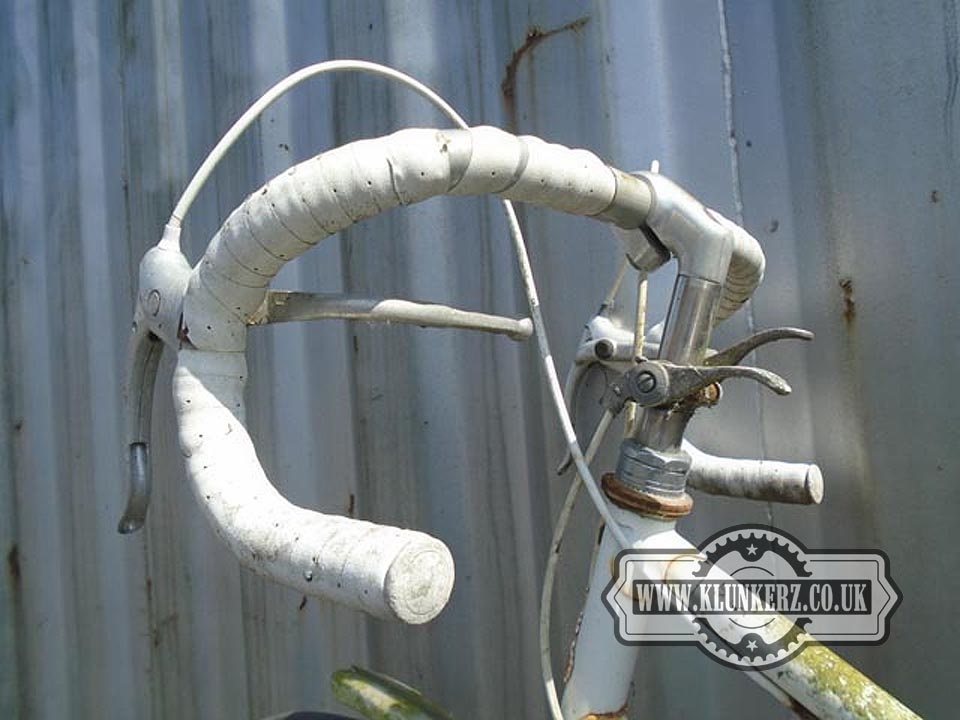 I've got plans for these hadle bars too. I've never been a fan of dropped handlebars, but I know that many people are, and I think this particular pair will be better off on a new home... Namely that monterously large framed Raleigh Pioneer that I've got. I think they'll suit that quite nicely.

As for the rest of it? Well, it's soup tins I'm afraid, as there really isn't anything else that can be salvaged. The thing that annoys me most about it however was the fact that it had just been dumped in the countryside, worse than that, just five minutes walk away from the tip? I fail to understand why would you walk five minutes into the countryside to dump stuff, rather than drive into the tip and dump it there? It make no sense to me, and one of my biggest annoyances of modern society, infact, the only thing that annoys me more currently is people who think it's ok to let their dogs crap everywhere, and then just leave it... On the estate where I live it is everywhere, I've even stood in it in my own drive, and I don't even have a dog! It really freakin' annoys me, but what I really don't get are the folks who bother to bag it up, and then just tie the bag in a tree? Whats that all about? There's a tree near where I ride sometimes and it's got dozens of bags of poo tied to the branches, like some kind of shitty Christmas tree, they're all hanging there like stinky little black ornaments, YUK!! What is wrong with these people, bag it up, put it in a bin, it's pretty simple. I can understand not wanting to pick up dog poo, I couldn't do it, and that's why I don't have a dog! Simple.

Hang on a minute... I think I'm on the verge of a full on Victor Meldrew if I go on... Back to the bike, so my plans for this afternoon include stripping the few parts from it that I may be able to use (Hopefully, if it doesn't just fall apart in my hands!) And then take whats left of it, which to be fair will be most of it, to the tip to be disposed of properly! 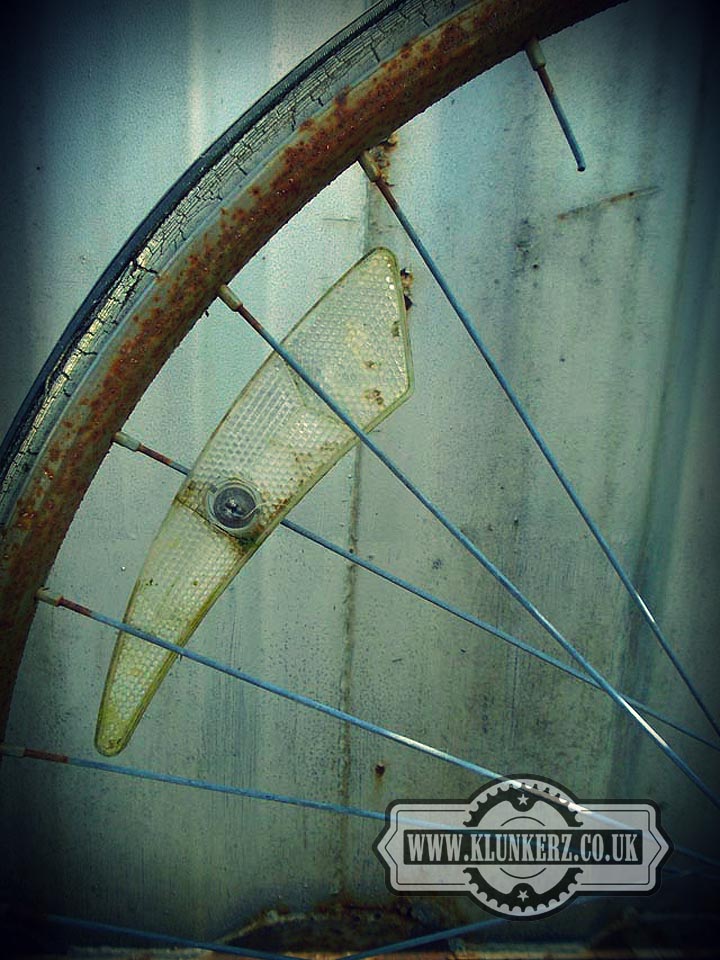 Might have the reflectors too! Keep Britian Tidy folks!