September 09, 2017
I managed to collect what I think was an interesting looking town bike. 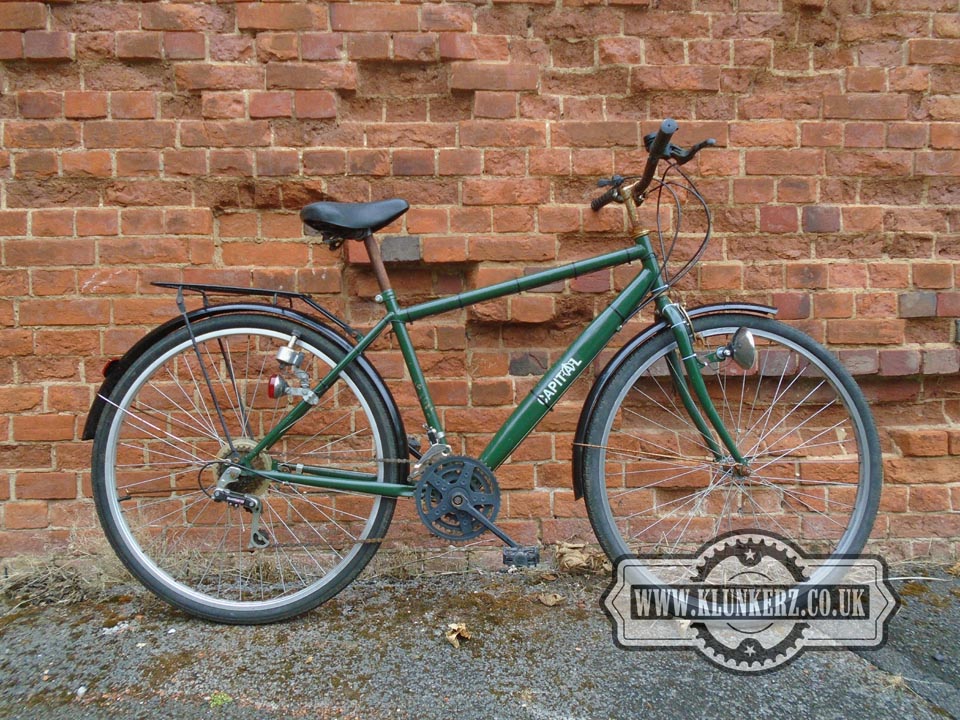 I got this from the tip, and to be honest I didn't really want it, but to me the frame looked quite unique as it would appear to be a little longer than stock. But when I got it, it had two flat (punctured) tyres, and the rear derailleur looked as if it had been caught in something whilst being ridden and got quite mangled up. Had it not been for the frame, and that it was a quiet day at work I'd have left it. But bringing it home, repairing the puctures, and fitting a new, well new to that bike anyway derailleur from a collection of used parts I have laying around soon had it ready for a test ride. As it was sunny, before I headed off on my test ride I figured I'd give it a quick wipe down with Mr Sheen, as that stuff shines umpteen things clean! Then off I went! Within about ten minutes ofcourse it was chucking it down with rain, the English summer, don't you love it! Honestly, if I'd have just jumped in the river I would've been no wetter! Still, atleast you can't complain that it's too dusty! I must say that it really rides quite well, and is far lighter than it's bulky looking frame would make you believe. I have no idea what make of bike this is, the only identifying mark being a sticker on the lower bar which says Capitol or Capital, the 'A' being almost the anarchy symbol. 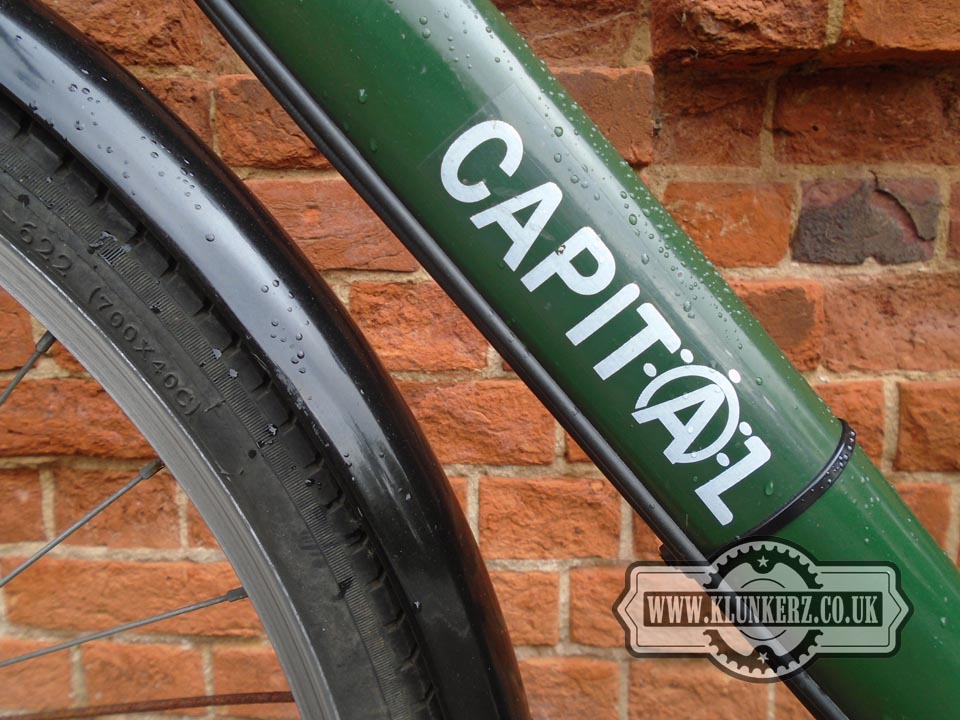 I know of an American cycle company called Capitol, so as a guess I'm thinking that this is what it is, but who knows really? Despite it's old looks, caliper front brake, and rear mounted dynamo light I think it is far newer that it would appear to be, due to things like the rear brake, which is a sort of drum arrangement made in China (possibly). 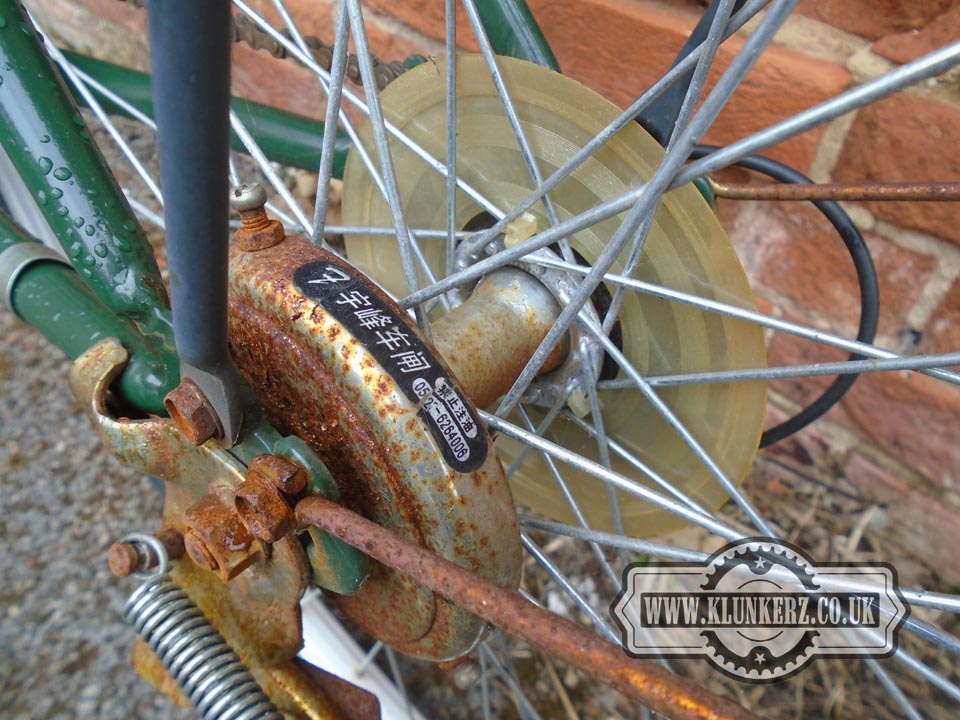 Also it has a kick stand on the rear which I would say came with the bike originally, that also doesn't look too old fashioned to me. 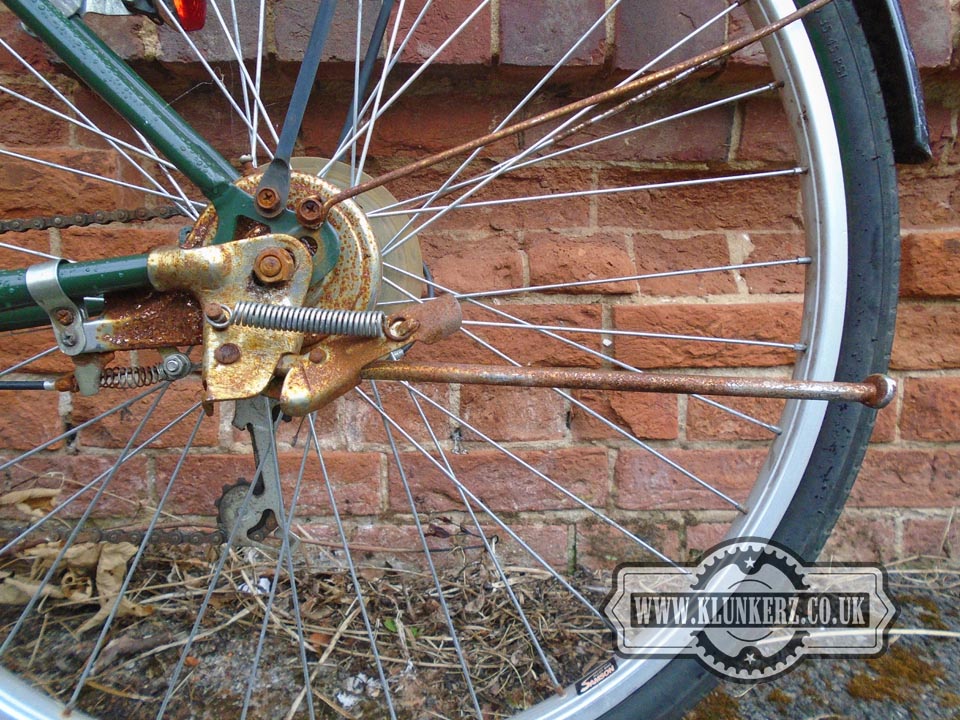 Obviously that could've been put on at a later date, but due to the rust, or, patina if you like that is on the low quality chrome work of the bike I would say that not only is it all the same age, but all from the same manufacturer aswell. 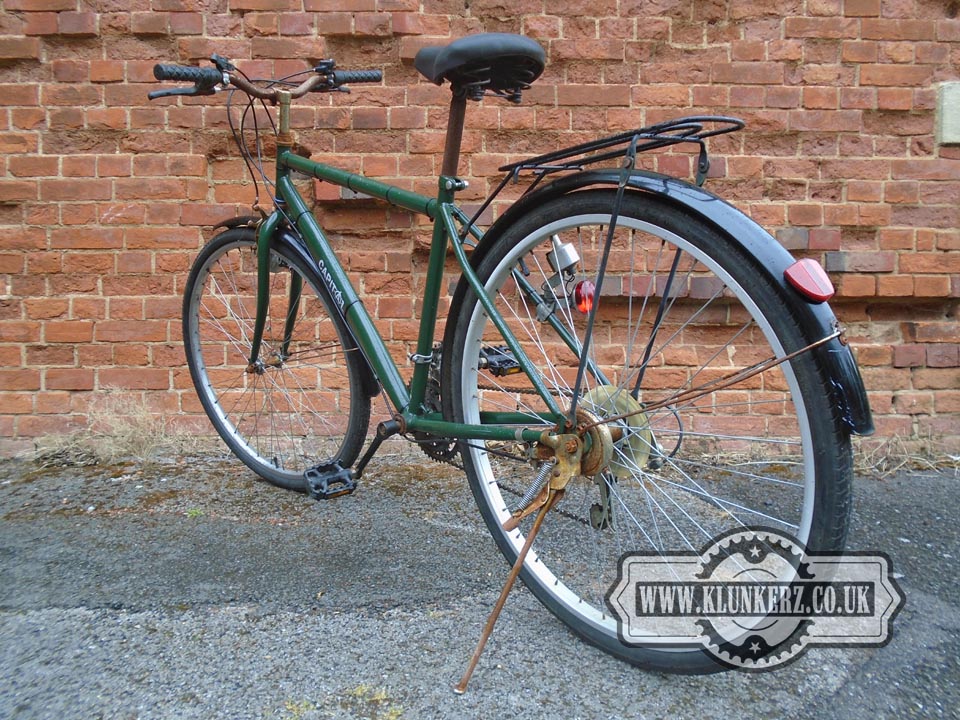 Other things that seem to be out of place if the bike was very old are things like the Shimano shifters on the handlebars, and the use of 700C wheels. However all of this aside, like I said it does ride very well, and to be fair now that I've spent a couple of hours changing the rear derailleur, fixing the punctures, and giving it a quick wipe over with Mr Sheen I reckon it looks pretty good too. I keep wondering if this was designed with a utilitarian task in mind, like for a shop bike, or post bike or something. But I really don't know, so if anyone has any ideas about its origin, please feel free to let me know.