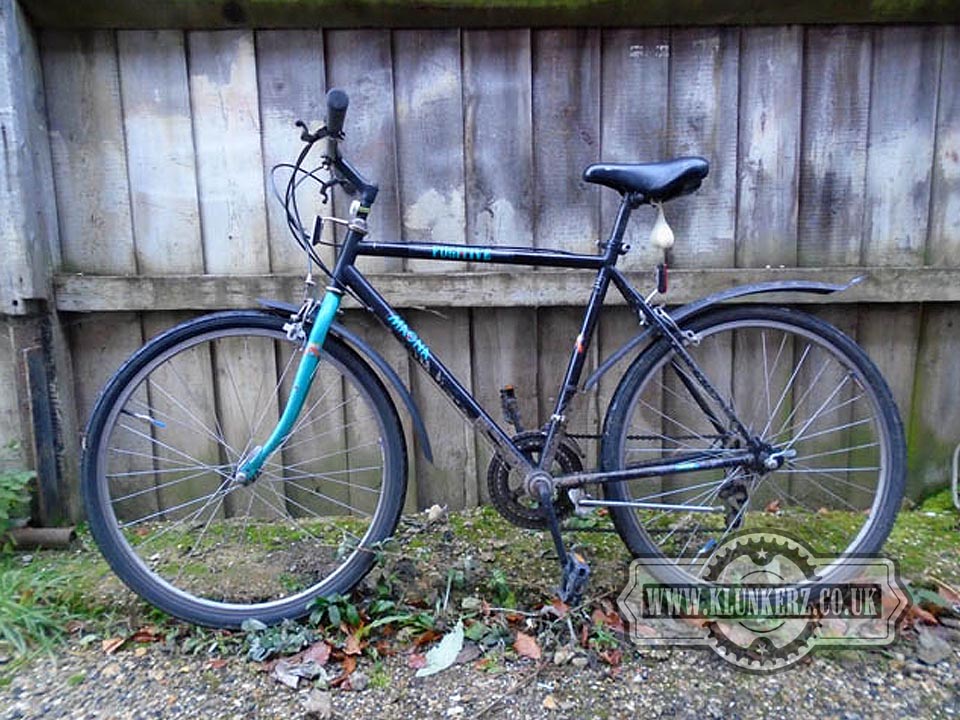 I sold the Magna Fugitive! I was planning to sell it anyway, just not so soon! Infact I even tried to convince the buyer to buy one of my other bikes, but it was this he wanted, and oddly, only this! As it was quite nice today, and after my earlier ride I thought I'd go out on a mountain bike with a bigger softer saddle! As I was riding past the tip when I thought I'd call in to see if they had anything interesting to me, but pickins were really slim, then I noticed some fella looking at my bike, so I went over to it and took hold of it. The fella then asked me what I thought I was doing, as he was about to buy it! So I said to him that it is mine, and I had ridden in on it, and I was planning to ride it out again! He then asked me if I wanted to sell it. So I said that I was plannig to sell it at some point, but not nessasarily now. He asked me how much I would be selling it for, and I said, I dunno really. He said, how about twenty quid!? I thought about it and then said that I had another bike like it, and if he'd like to follow me home he could have that one if he liked! So we headed off to BelongaClint.

Once back at base I wheeled out the other bike I have which is of the same, erm, build quality. The Murray Timber Mountain. 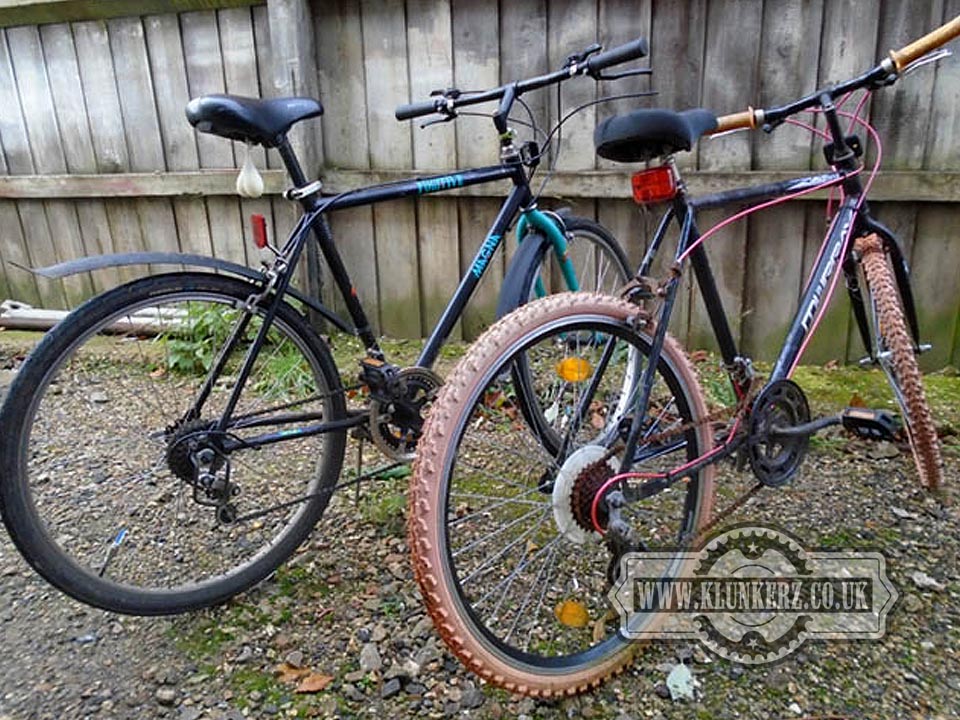 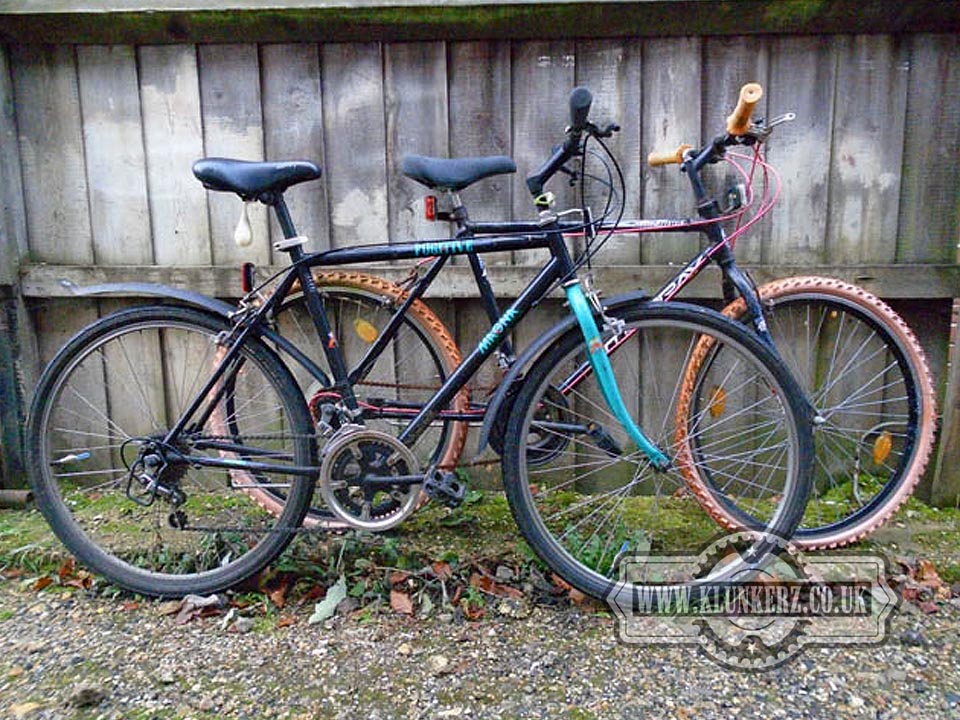 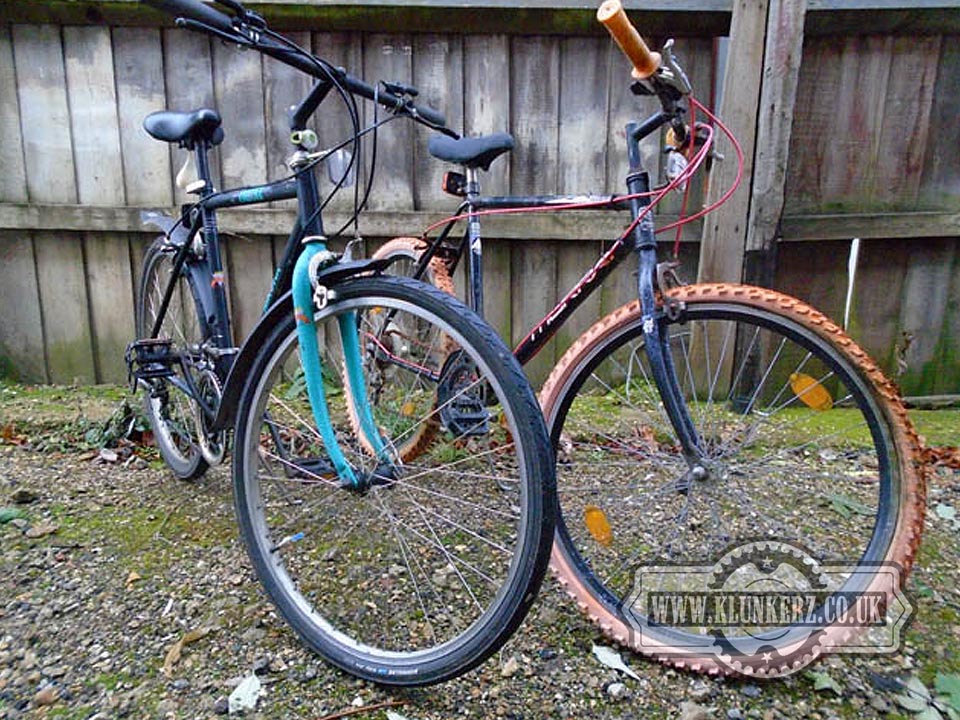 He gave the Murray mountain bike a good looking over, but said he wasn't really interested in it. I pointed out the similarities betweem the Murray Timber Mountain, and the Magna Fugitive, even going as far as to say that they were probably built in the same factory in Taiwan alongside one another! But no, he wanted the Magna Fugitive, so in the end, figuring that I still have the Murray to play with, I let him have the Fugitive! I asked him why he wanted the Fugitive so bad, and he said that he has a really nice mountain bike at home that he uses to ride to work on, but he didn't like to ride it during the winter months as it gets filthy, so he was just looking for a cheap mountain bike to get him through the winter. He saw mine, and figured that it would fill the bill! What a pansy!! Why have a mountain bike that you don't use because you're worried about it getting dirty! I thought that was what you are supposed to do with mountain bikes! But I can see his point, so I guess I can't argue with that, the Fugitve is ready to ride, whereas the Timber Mountian is kind of a project! So, I took my lights off the Magna, and off he went with it! Pity really as I actually like riding it, but nevermind, on with the show!