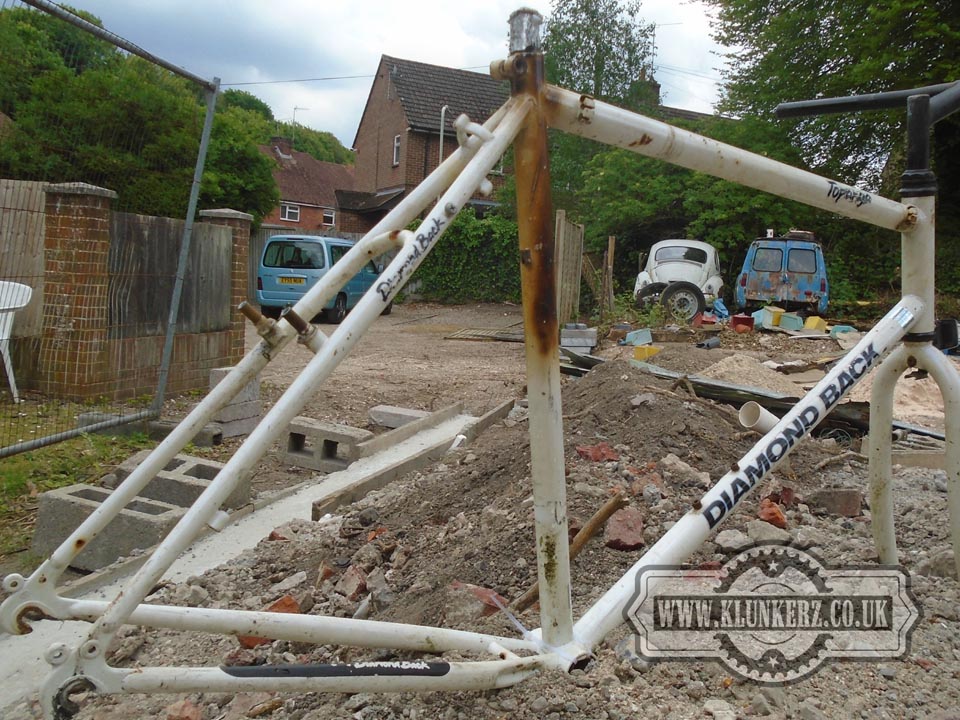 I'm still tipping the cuastic soda into the seat tube in a bid to dissolve the seat post, but three days on and it's still solidly stuck in there. It is definately getting thinner though, and today when I tipped the solution out it had flakes of aluminium in it... 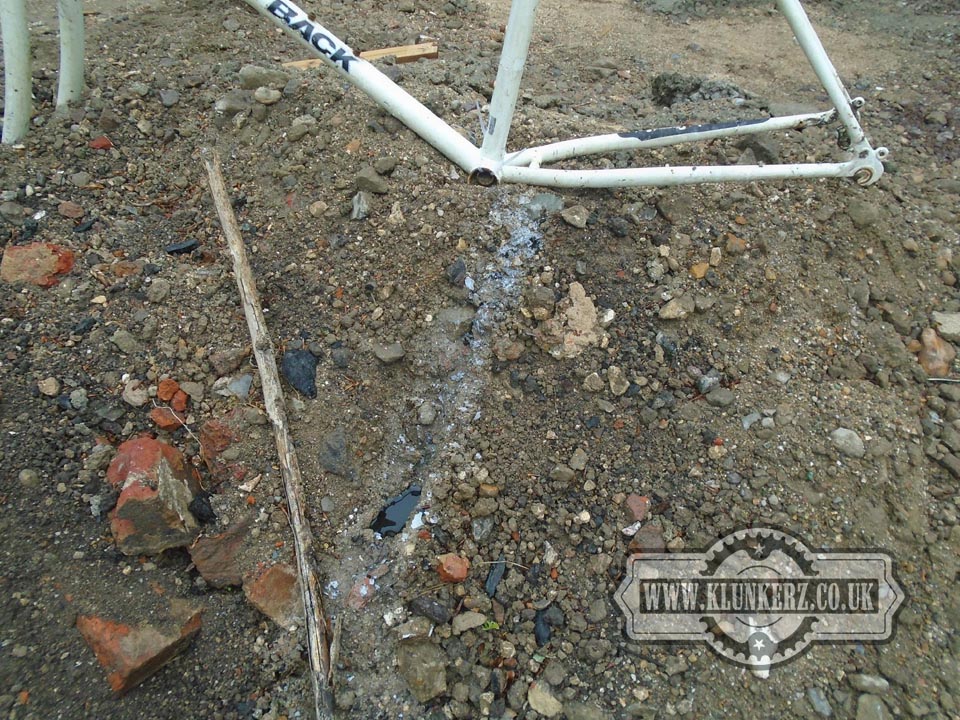 As you can see, it almost looks like a trail left by burnt paper ash, but it isn't. However, it must be dissolving, and so I thought that I'd try giving is a tweak with my water pump pliers, after a bit of struggling, and a small amount of swearing I decided I needed to go back to trying to dissolve it with caustic soda again. 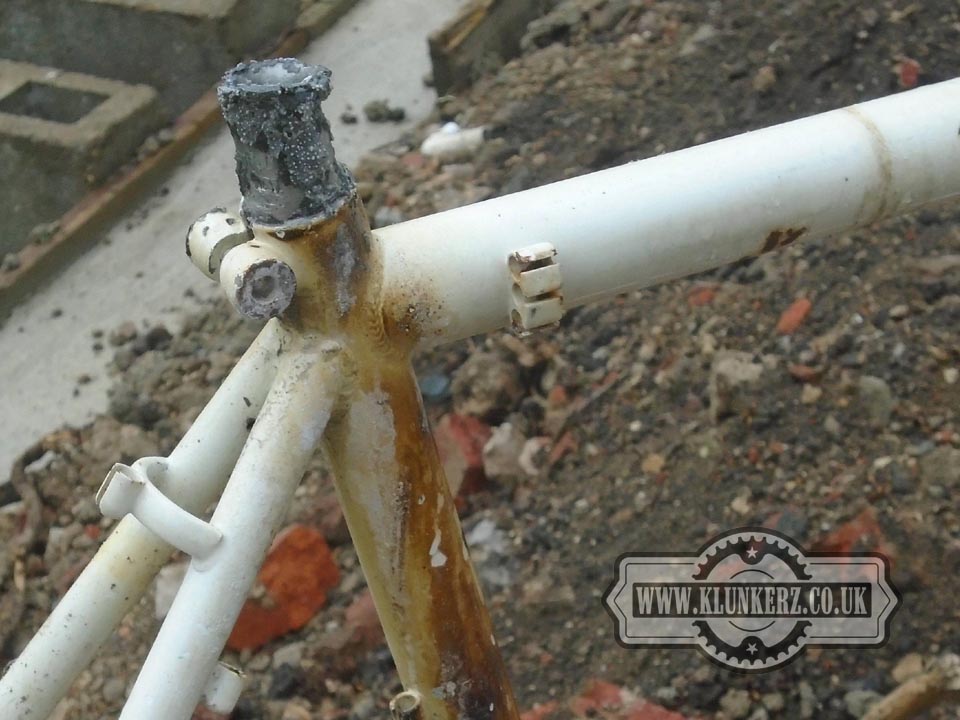 I filled it back up with caustic soda, but this time the reaction was different, before it was really frothy, and it kind of erupted in a small volcano fashion, this time it's just qiuetly bubbling away! I wonder if perhaps the lower end of the seat post has completely dissolved, and therefore as there's not so much aluminium to dissolve, it's not quite as dramatic. I dunno, but what I do know is that I shall keep on trying to remove it by trying to dissolve it, then trying to twist it out after each time I drain the tube. Hopefully have it out before too long, but only time will tell!