December 31, 2017
With the theft of my Kalkhoff I wasn't really in the 'building something new' mood. I don't know what it is, but it really irritates me losing the Kalkhoff, for some reason I am far more irritated by this than I was by the loss of my FELT. I'm guessing this is because I put it together in such a way that I thought that any prospective bike thief would look at it and think that it wasn't worth the bother, just some old treader that nobody would want, I don't know, some people would steal the steam from your wee! However not being on the lookoout fomr something often seems to yield the best results! I was at the petrol station yesterday, and it was there that I had a bit of luck. As I was filling my Chev-suzu up with diesel a fella pulled up next to me with a trailer full of rubbish, but on the top was this old racing bike. So I asked him if he was dumping it, he said he was, so I asked him for it, and he gave it to me!! Hooraaaah! I put it in my truck and headed back to BelongaClint. 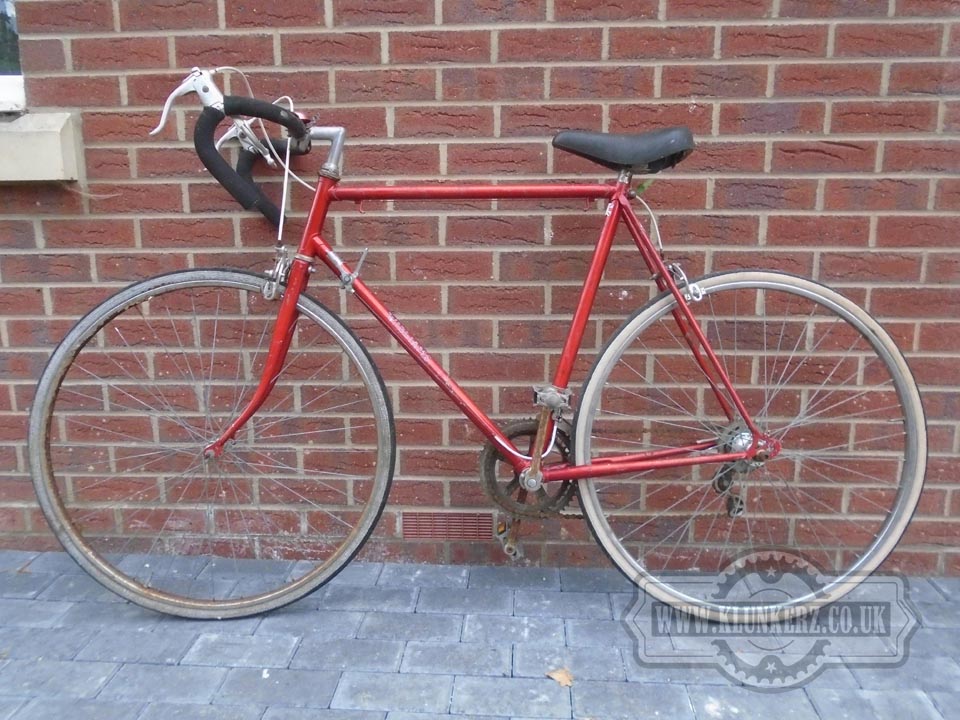 Once home gave it a brief glance over, then filled the tyres with some new wind, and headed off for a ride! Incredibly it is a bit more comfortable than the Giant was, but as I'm sure you'll have guessed, it's still not as I would have it. I have never liked dropped handlebars, and even though riding with these isn't too bad, they will need to be changed! Anyway, after my little ride I thought I'd take a few photos showing it in more detail. Stand by... 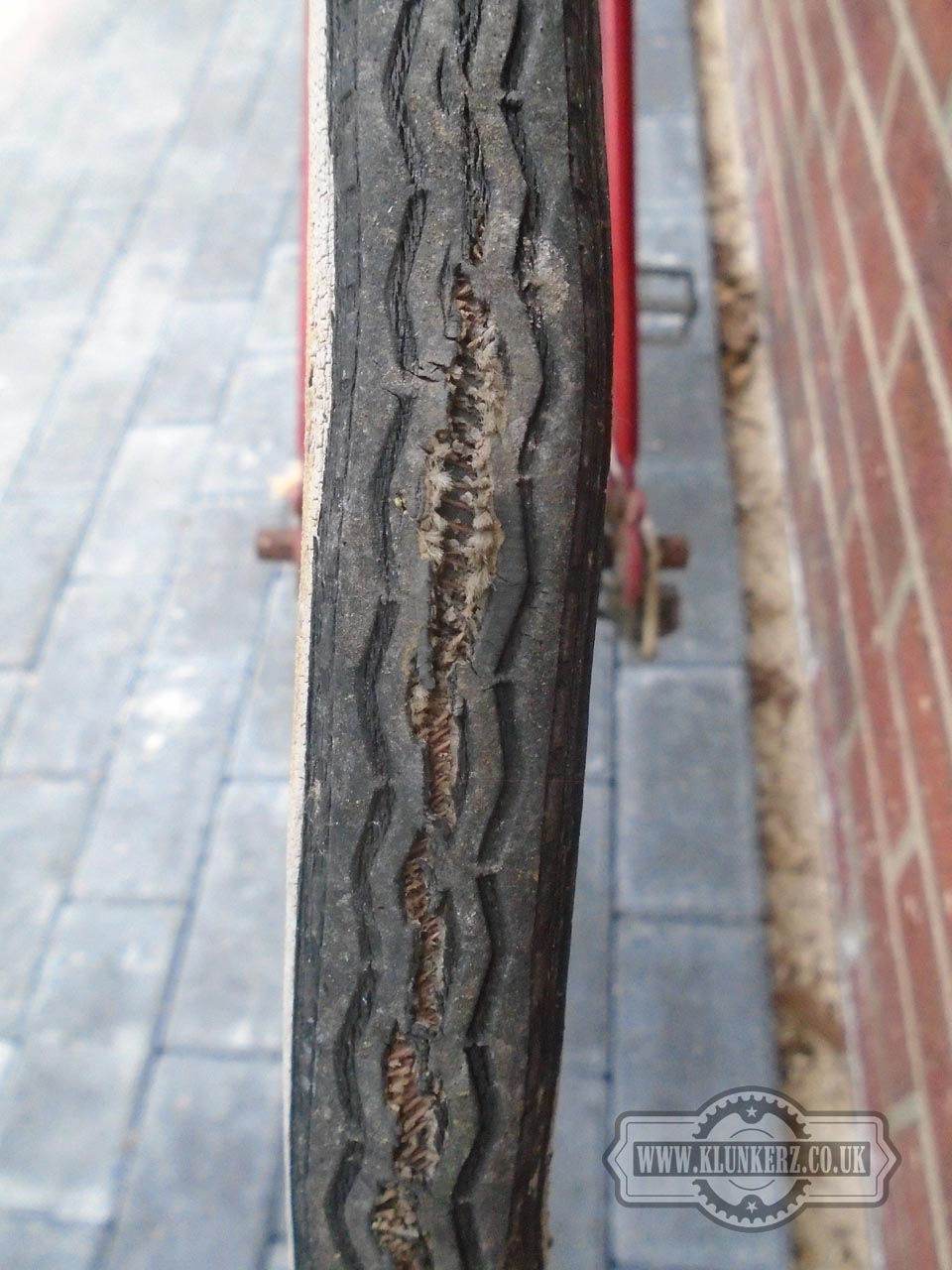 Hmm, perhaps theres too much wind in there for those old tyres! Haven't seen one of these bells for years, I think this will probably stay no matter what else I change on it! 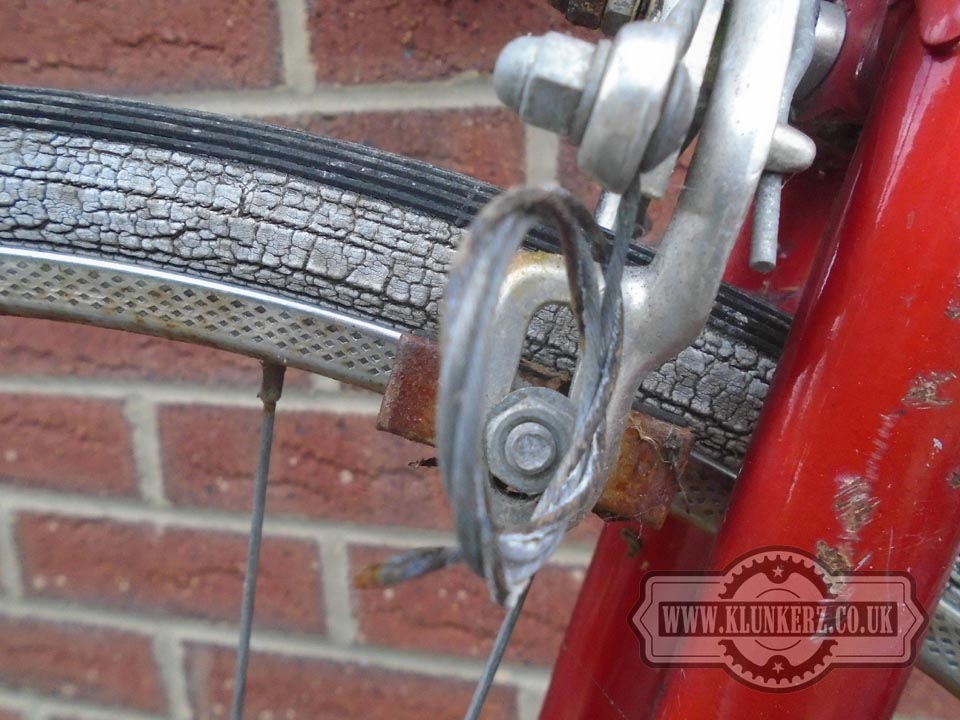 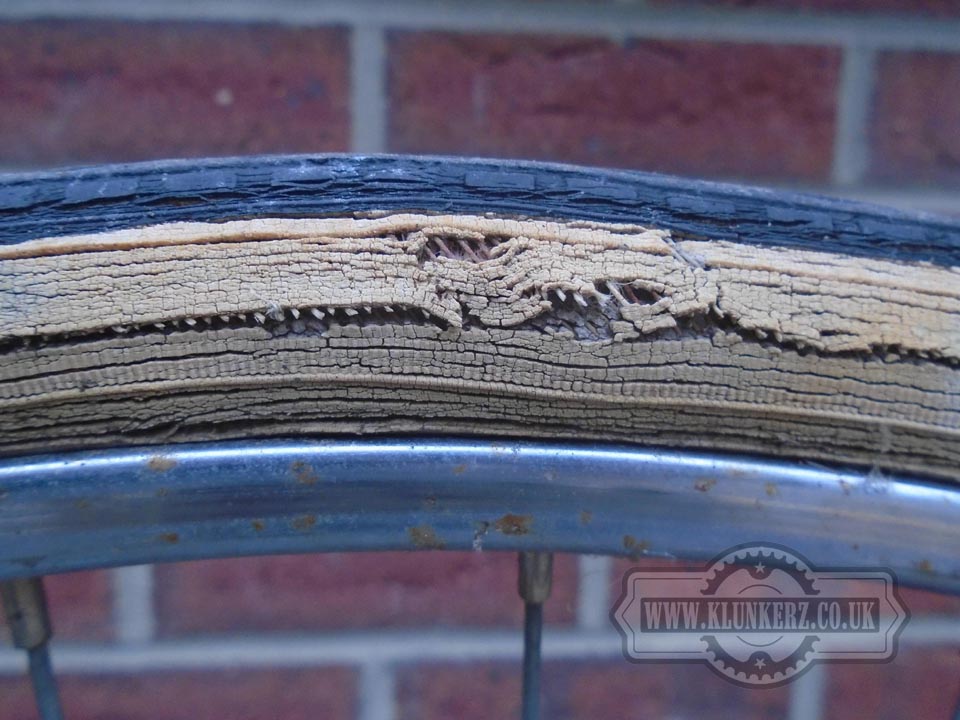 Yep, those tyres have seen better days, no matter what else I do, they're going to need to be changed! 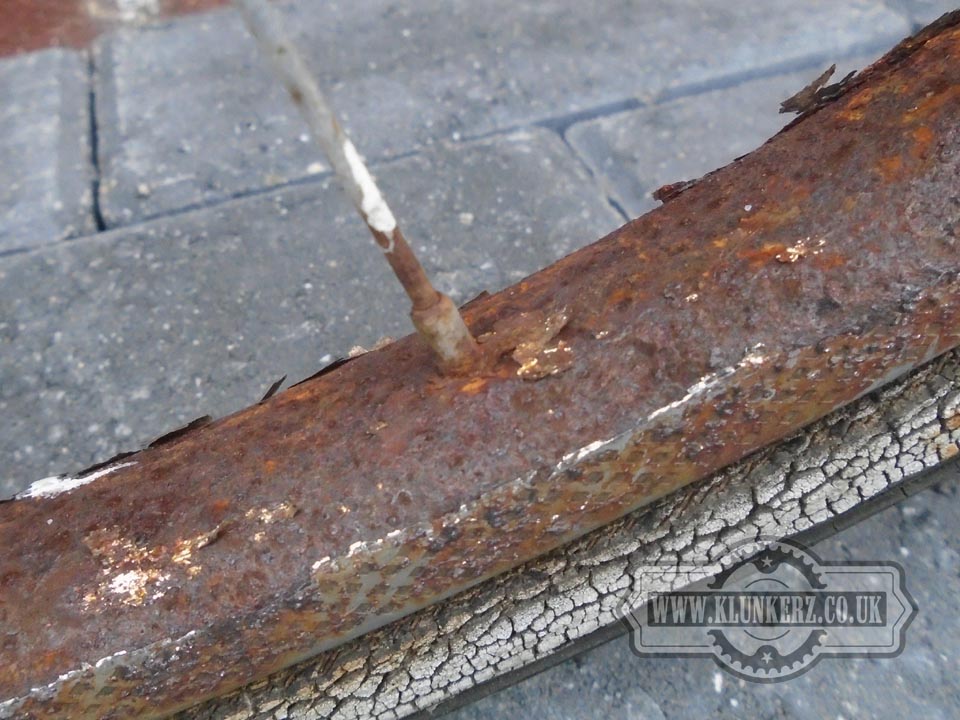 So have the wheels! I thnk I shall try and find a set of 700c wheels to replace these. It shoudln't be too difficult to locate a pair on something a little more modern. 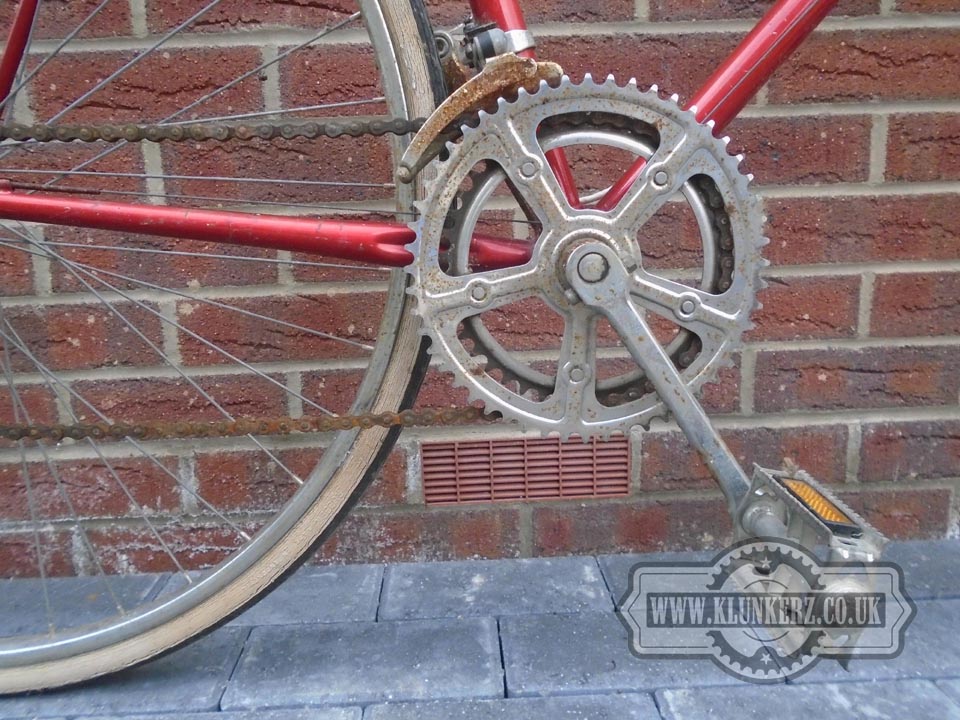 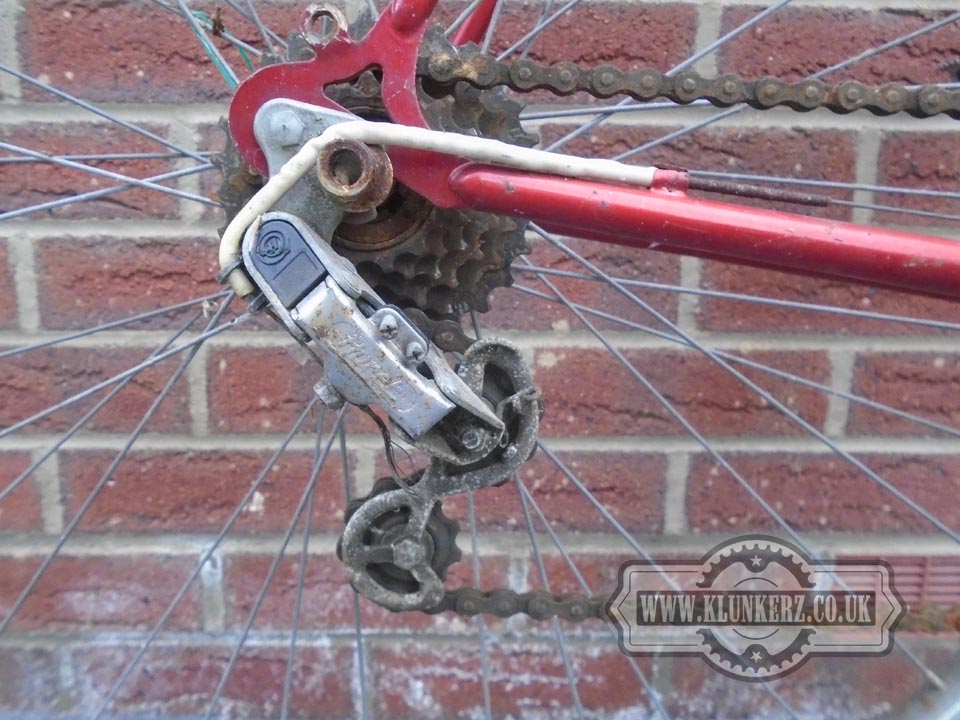 All old stuff, but all working perfectly, probably needs little more than a drop of oil! 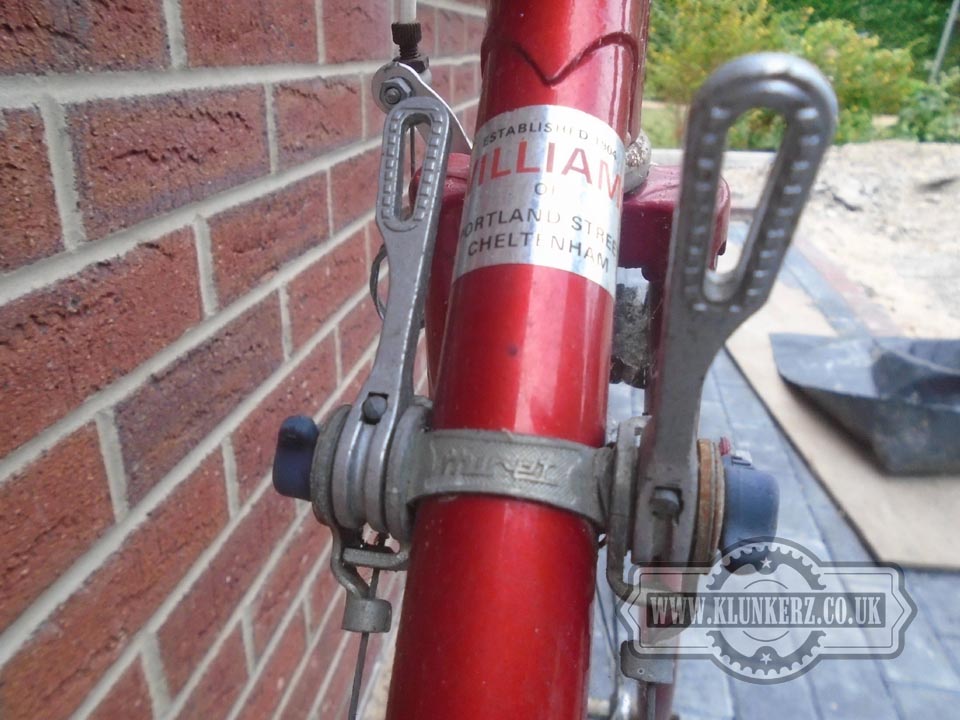 Its a ten speed. 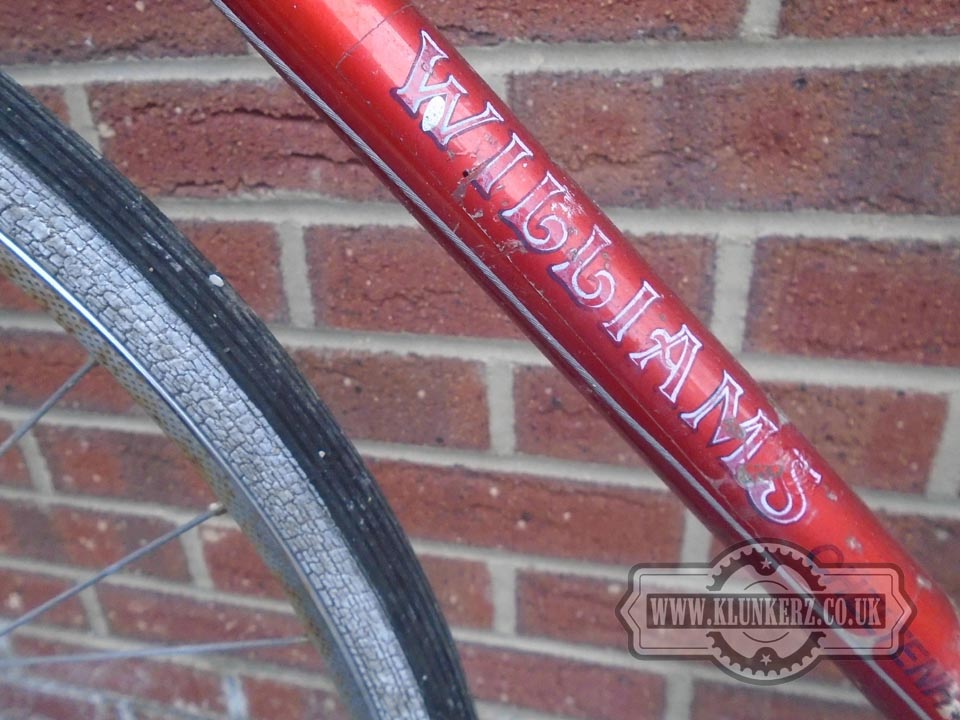 So although I've lost my Kalkhoff, and thought that I'd also lost my Mojo, I'm now thinking that I will tinker with this for a bit, even though I've never been a fan of red bikes, or anything else for that matter! It seems quite solid, and even good to ride, just needs some new parts to make it just that little bit nicer. My feeling is that this will actually be a keeper, much the same as the Kalkhoff would've probably become! Now I just need to head off to the tip to see what bikes I could liberate to donate parts to my cause! Because I need more bikes obviously!