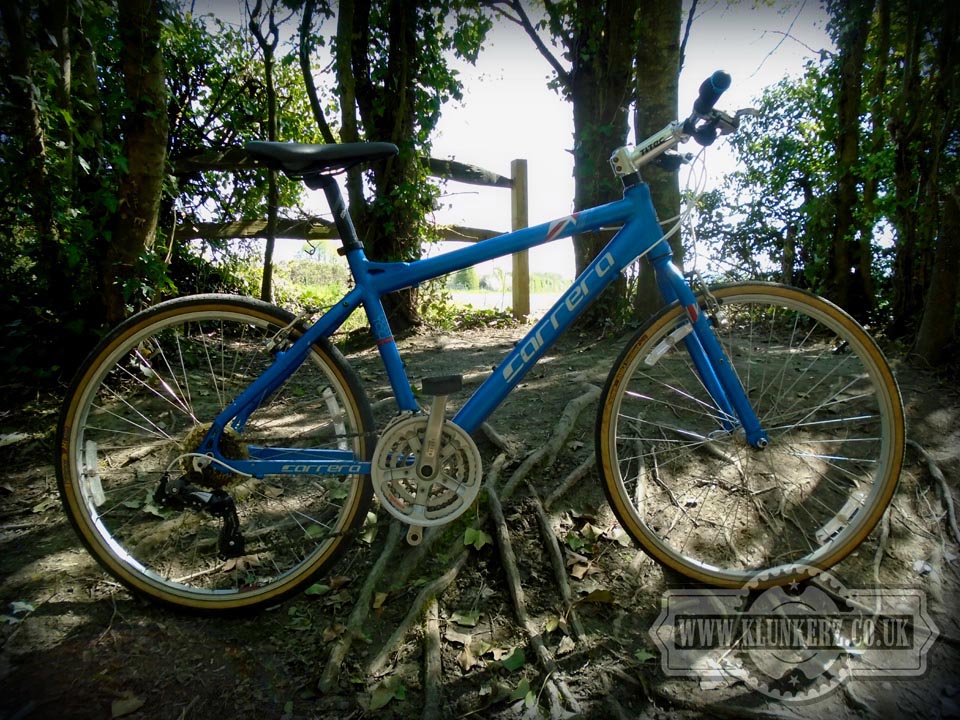 Look at it, what a fantastic thing it is to behold! The trouble is that's were it ends, it looks great, but out riding it, well, it's just not so good as it looks! 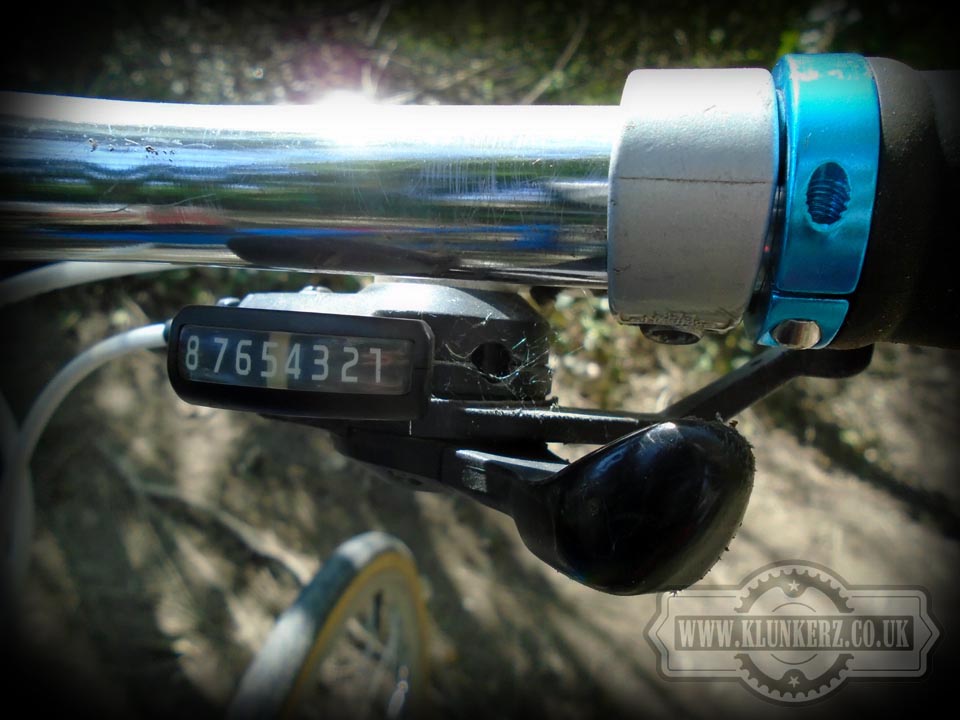 There's quite a lot to like about it, I think I've used some nice parts to put this together, admittedly all the parts are second hand from my stash, and I've hardly had to raid my piggy bank to build this. I quite like the little details like the Shimano brake/gear levers, they're a tidy little package, and work well, and look great on this bike. 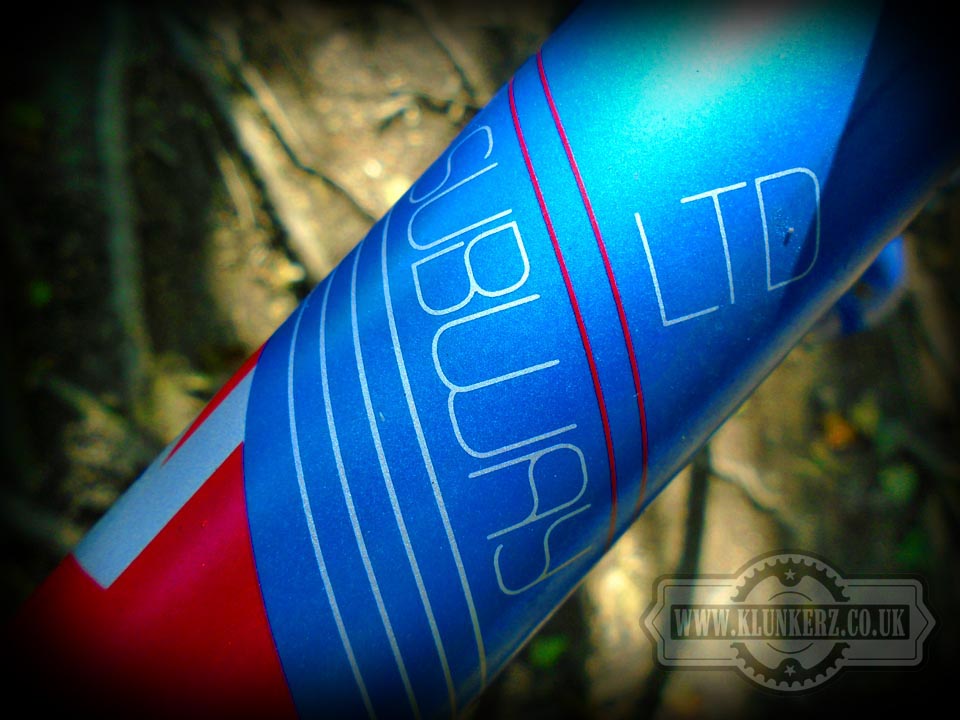 The colour, and the anodized finish combined with the silvery white, and red graphics look just superb. The finish of the framework is really quite striking to my eyes, and as I said, to look at it, it's great. 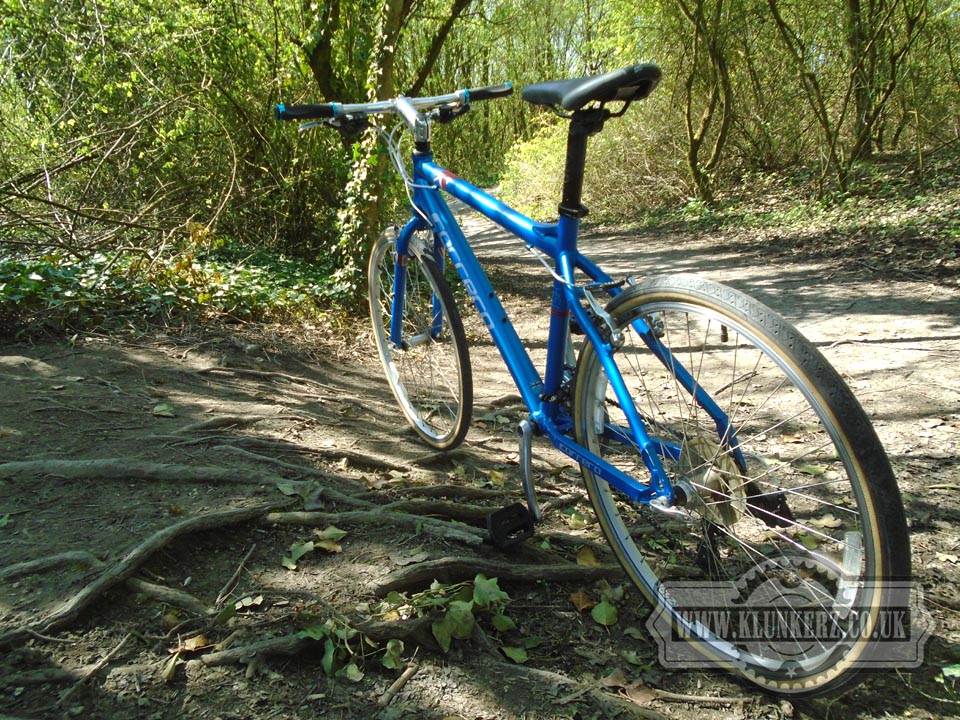 I thought, as it was a fairly warm and sunny day that I might try a different route to the one I most often use. Something a little more shaded, and in the trees, so I headed out to a quiet little piece of woodland near BelongaClint. I figured with all the dry weather we'd had recently the mud would be much firmer than usual, so having road tyres probably wouldn't affect my ride too much. The ride to the woodland was quite pleasant. I like the riding position, the saddle was pretty comfy, and the Subway rode along the road very nicely indeed. 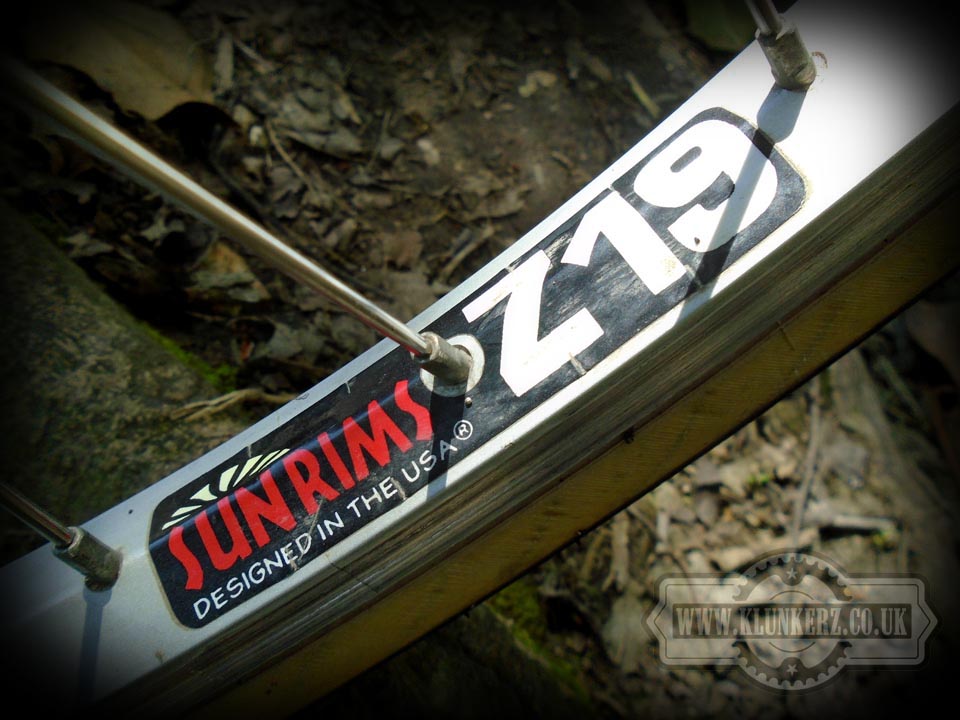 For the most part the things I have changed about this bike have been changed for no other reason that aesthetics, for example I had no real reason to fit the Sunrims wheels, other than the wheels that were on it were anodized black, and these are silver. Admittedly by doing this it has gained another gear (that I'll never use), but that was only because the wheels, rear derailiur, and brake/gear levers all got donated from the same bike. 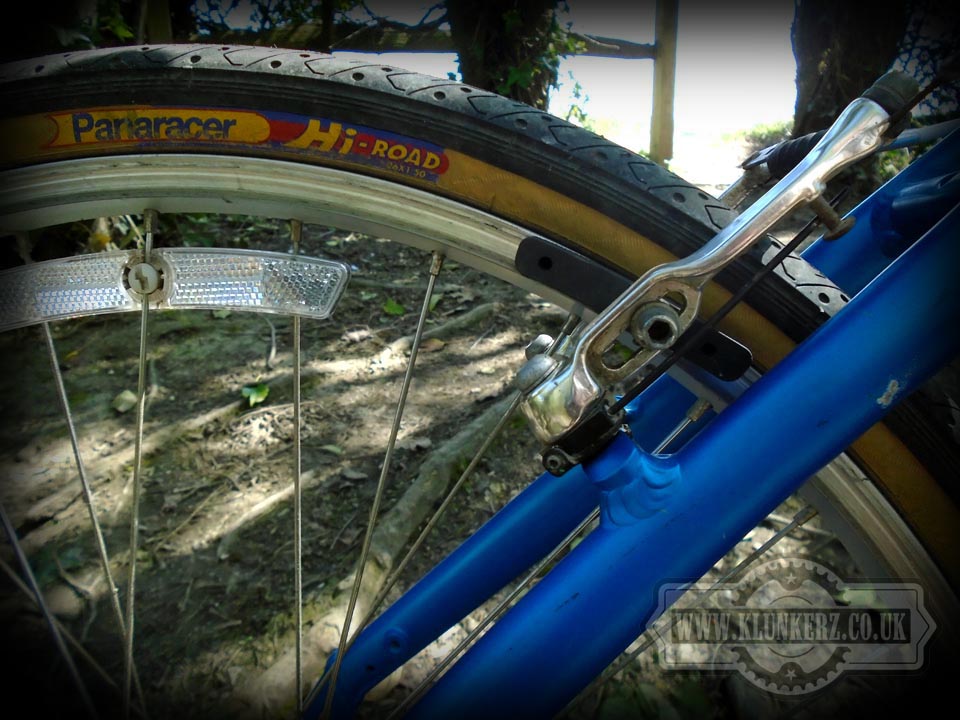 The Panaracer Hi-Road tyres have been in my stash for a good long while, and I had actually fitted them to my Puch Mountain Cougar (episode 39) and I was pretty happy with them on that, but I felt that they would probably be far better off on the Subway ltd. To look at it, and to ride it on the road,  or the dry compacted dirt I think I made the right choice, they're a great tyre, and to my eyes suit the look of the bike very well. 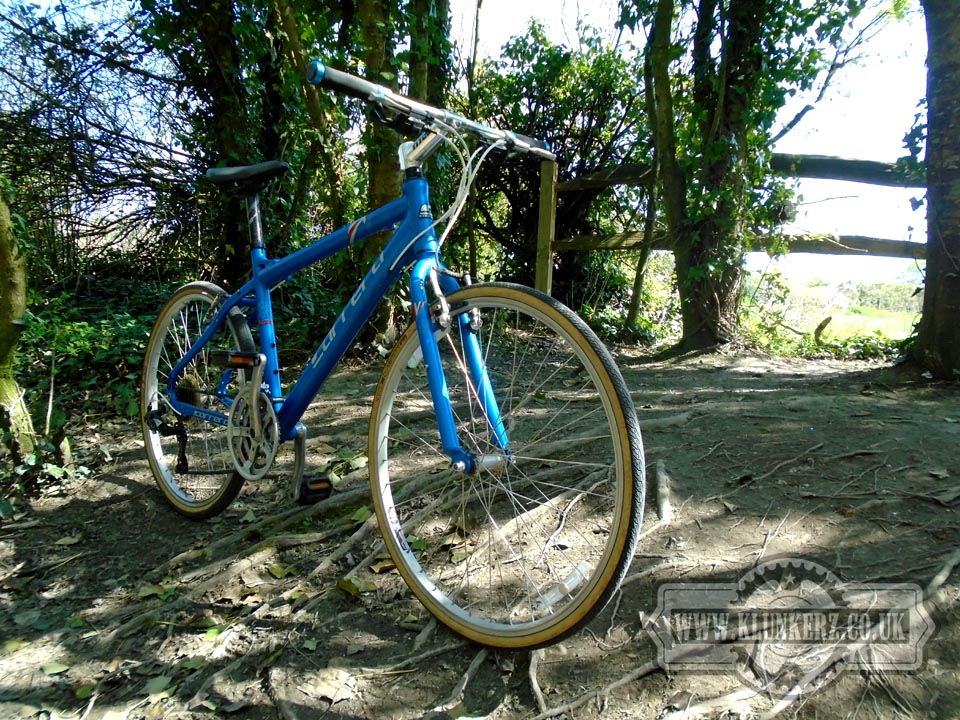 So after all this praise, why do I think that as great as it looks, it's just not that great to ride. Well the thing is that on the road, it's pretty good, and I think that through the woods it would've been pretty good too. However, being the woods the roots and stones make the terrain quite bumpy, and in that lies the problem. It would seem that every time you hit a bump, it jumps out of gear, or the chain slips, or something. This isn't so much of a problem when you're riding on the flat, or down a hill. But riding up the hill while you're putting weight on the pedals it does get old really quick! It doesn't even take much of an incline to do it, and after about an hour this morning I was feeling quite fed up with the thing. I brought it home, and fiddled with the gears a little, but I couldn't seem to make any difference to it. Frustrated, I got one of my friends to take a look to see if I was missing anything obvious. He came over and fiddled around with it for an hour or so too, but this also made no difference, so we both sat there supping a cup of tea, and munching on Digestives while we just looked at it, and wondered what to do next. Then he said to me, "It's a great looking bike though... When you come to sell it, let me know!" I chuckled and said half jokingly that I was ready to sell it now! He said, "Great, how much do you want?" We had a bit more tea, and biscuits, and a little chat about it. I told him what I thought I'd spent on it and then he made me an offer, and got himself a Carrera Subway Ltd project. I wasn't really ready to sell, but today this has beaten me a little, and as they say a bird in the hand is worth two in the bush! Besides, it's not like I don't have any other bicycle projects to do!