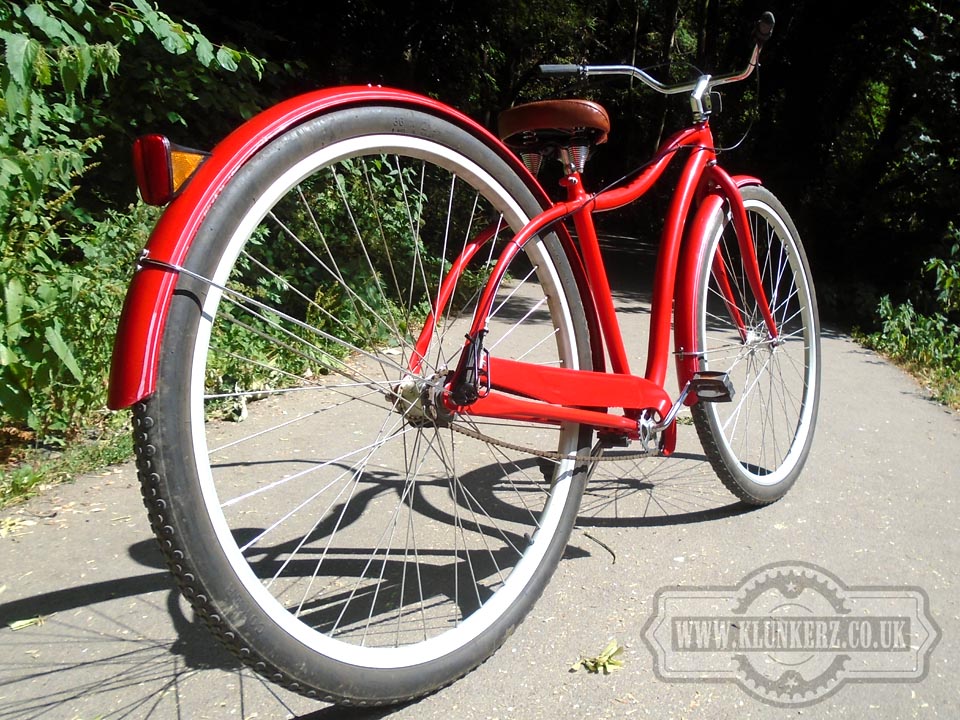 Once your eyes get used to the red paint that seems to sear its way through your retinas the next thing you see is those wheels! Man alive they're huge! With 36 inch wheels they're way bigger than anything I've ever had before cycling wise. 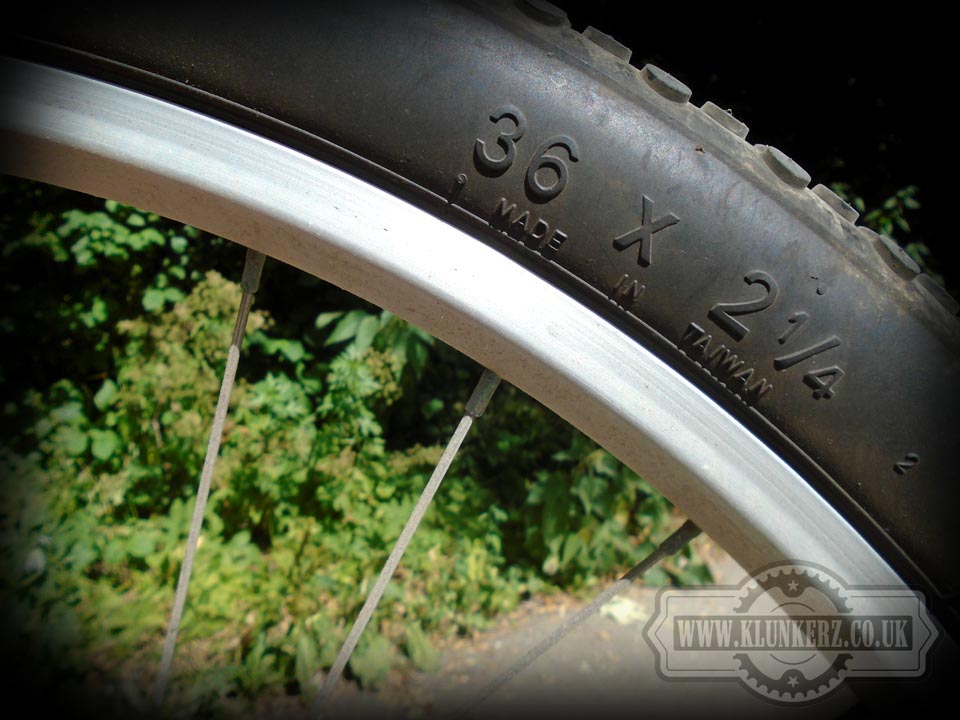 I'm going to go out on a limb here and say that as far as I'm aware there is no bike on the market today that even comes close to that wheel and tyre size! They are immense! 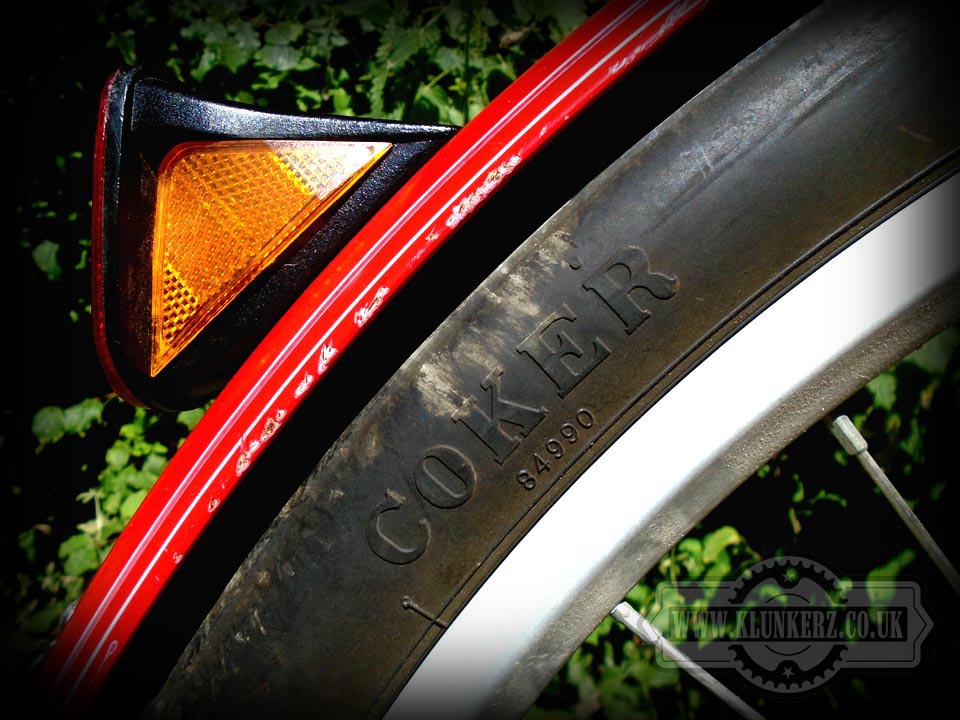 As I remember they were originally designed by the Coker Tire company as a marketing tool in order to sell what they describe as the largest bicycle tire in the world, and at 36 inches in diameter they needed to design a bicycle which could take such a massive wheel! I remember seeing them advertised back in the late nineties. Being a Beach Cruiser fan I really felt the need to own one of these things. I don't think it's the best looking Beach Cruiser in the world, but it certainly grabs your attention. 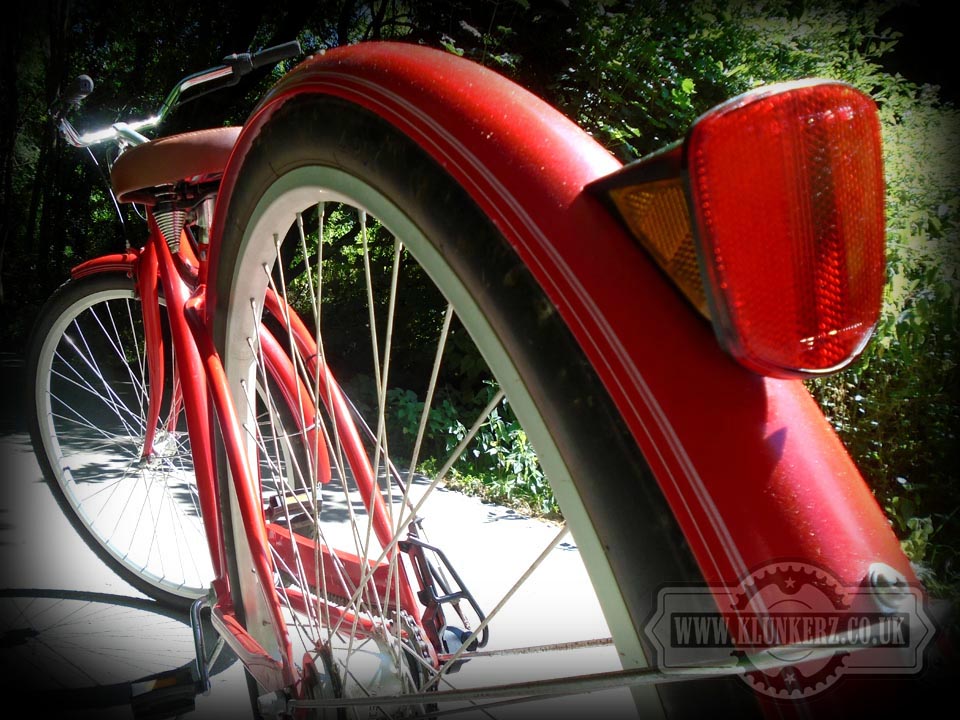 From every angle you look at it, this is a big machine. I tend to set the top of my saddle at about 37.5 inches from the ground, and at this height, on this thing my saddle is just below the rear mud gaurd height! Getting onto it is a little bit awkward as I not only have to swing my leg over the saddle, but also over the rear mud gaurd, I've got the hang of it now, but I've got several friends who have fallen off it before they've even got on as they've overbalanced themselves whilst mounting up. 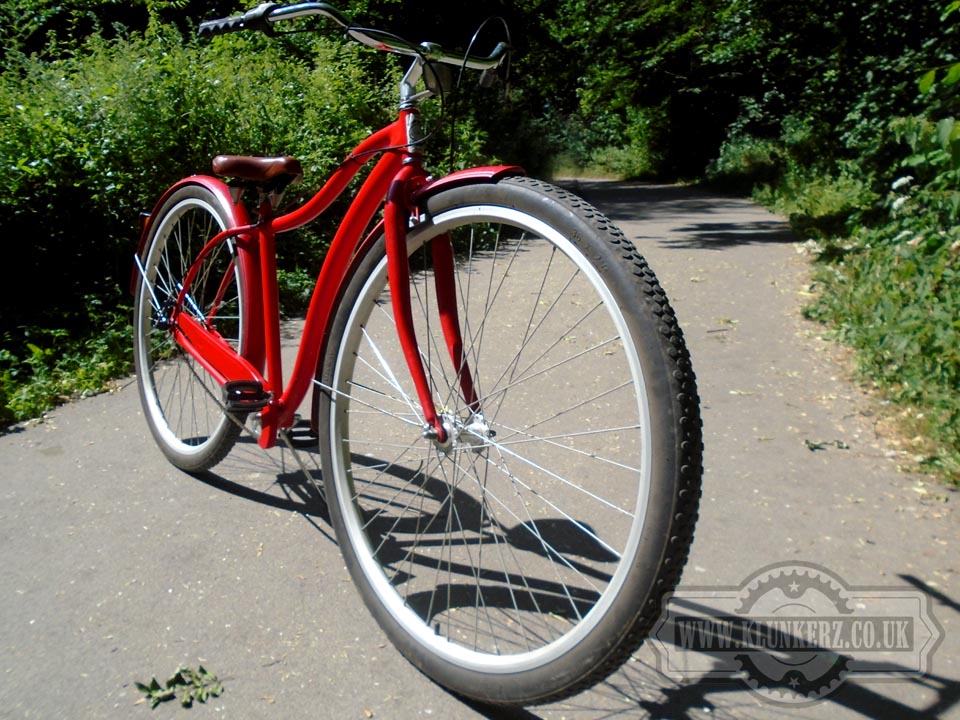 However, once you've mastered climbing aboard the Monster it's pretty good. The seat is comfy, and the riding position, although very much 'sit up and beg' is not too bad either. 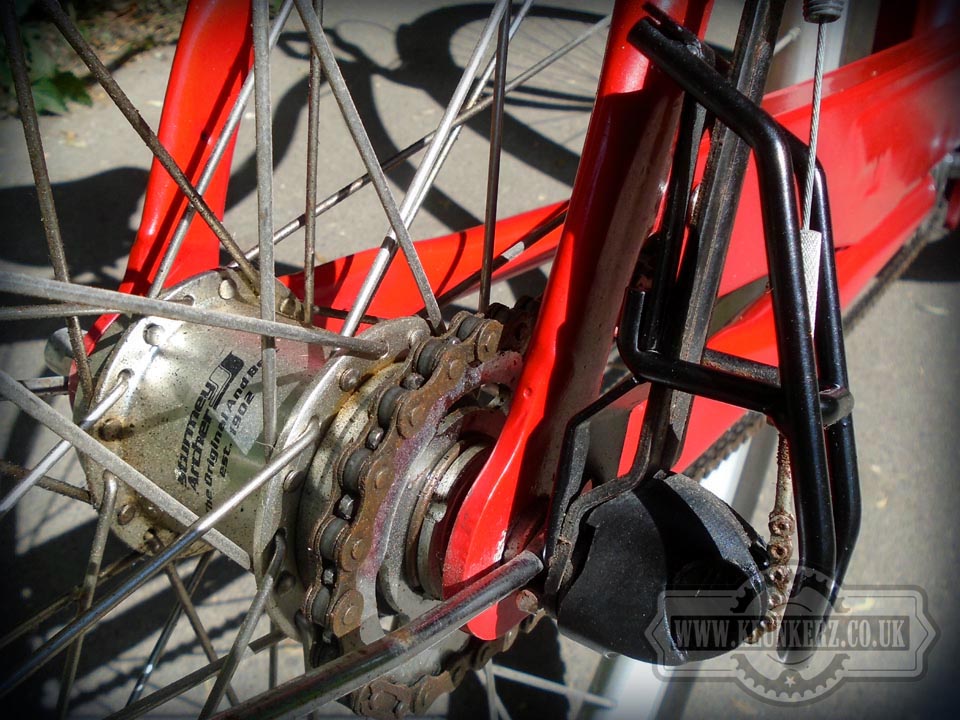 Riding along you're never going to set any land speed records, infact when I take this out when I'm riding with my two little monsters there's no way in the world I can keep up. It really isn't built with speed in mind, this is a cruiser in every sense of the word. If you're in a hurry to get somewhere, take a different bike. For example I have a little ride that I do often, and the whole route from BelongaClint to BelongaClint takes me about half an hour on my single speed Dyno Glide Beach Cruiser. On this, despite the fabulous three speed Sturmey Archer hub, it takes me well over an hour and a quarter to do the same ride! Having said that though, after riding this I do feel like I've had a pretty good work out! Not only that, but on my bike ride there is a pretty steep little hill, and for the most part I walk up it with my Dyno Glide, but on the Monster I can actually ride up it, I have to stand up on the pedals to do it, but it is possible to ride up it. 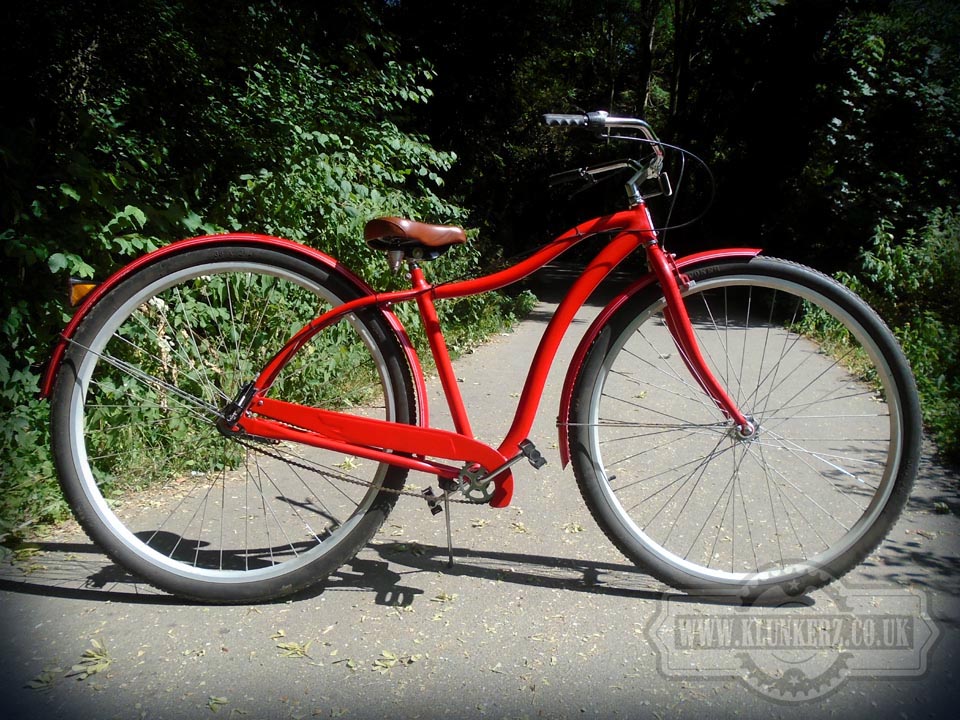 So why did I buy the damn thing in the first place? Well, like I said, seeing one in a magazine years ago sparked the original interest, but I got this one by chance. About four years ago I bought myself a Dodge Dakota pick up on ebay, which had a Truckman type top over the bed. This was important to me as I needed to ship back some parts for one of my other cars, so I asked the seller before buying it if he would put the parts in the bed for me if I had them shipped to him. He said that he would, so after I had shipped him all the parts I needed, he sent me a message asking if that was all, as there was still plenty of room left in the back of the truck. I asked him if he thought I would fit a Beach Cruiser in the back, and he thought there was more than enough room for a Beach Cruiser. So the hunt was on, I typed in "Beach Cruiser" into ebay, and suddenly there infront of me was a Coker Monster Cruiser, this Coker Monster Cruiser. I bid on it, and it was too much, but when was I ever going to get another chance to get one? I won it, and had it shipped to the seller of the Dodge Dakota. He wasn't ready for the size of it, and had to take off the wheels and mud gaurds, but he put it in the back for me! When I finally got it home I opened the back of my Dakota and looked in at the thing. I remember looking at the frame and thinking that it wasn't that big. Then once I'd put it all back together I looked at it and just thought that thing is massive! Even against the side of my Dakota it looked huge!

I rode it a couple of times back when I bought it, then put it back in my garage. It's cool, but it's so big that once it's in my garage behind my other bikes etcetera I very rarely get it out. I like it, it's just too much faff to move all my junk just to go for a ride. But with the warmer weather I thought that I would get it out for a bit, and leave it out. I plan to ride it, and ride it a lot. While the warmer weather is here when I'm just going for a ride by myself I will be on this. If nothing else it will mean that I get much more excercise than normal, and lets face it, it is pretty damn cool! Updates as they occur... Unless my legs fall off!