January 07, 2019
Traditionally for me at least, the week after New Year usually sees a pretty impressive selection of bikes down at my local tip. So today, after my little ride out I thought it would be rude not to go and have a browse! I can remember on more than one occasion visiting the tip during the first week of a new year and finding over 100 bikes, and most of them would be in good working order. I arrived this morning, and eagerly headed for the cycles section. Today, in a rare change of events there was practically nothing. I asked one of the chaps who works there if I had missed the bikes. He said no, they have had very few bikes in over the Christmas break. The bikes that they did have in were mostly small childrens bikes with stabilisers, a couple of BMX's, two or three old and very rough mountain bikes, and then, this... 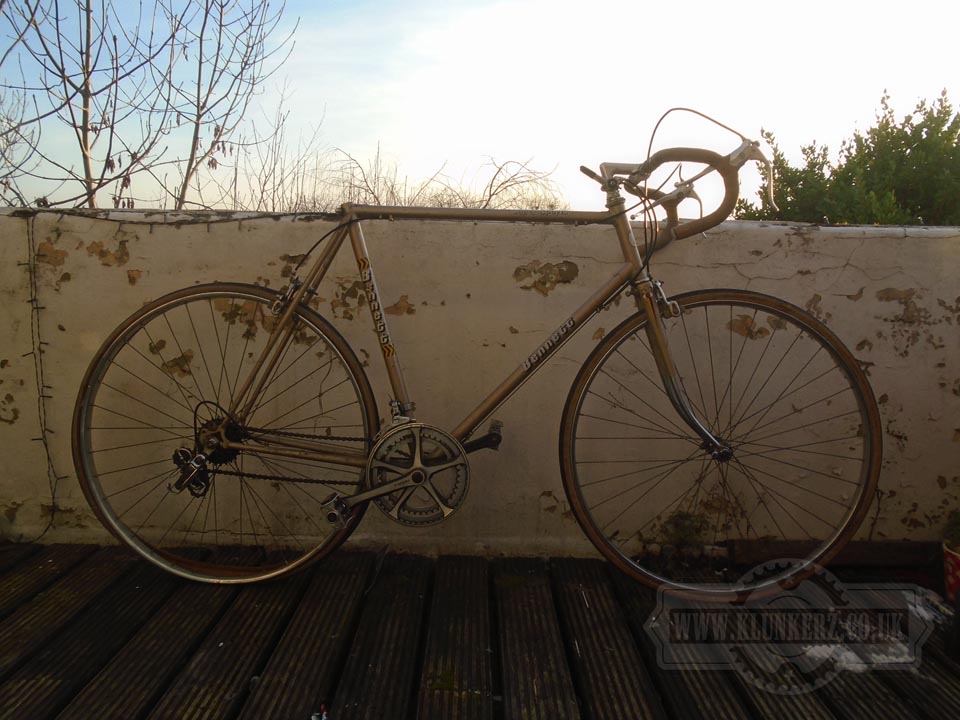 A Bennett Super Sports. I know nothing about this bike other than it would appear to be in good shape, other than needing a new saddle, and probably a pair of new tyres. 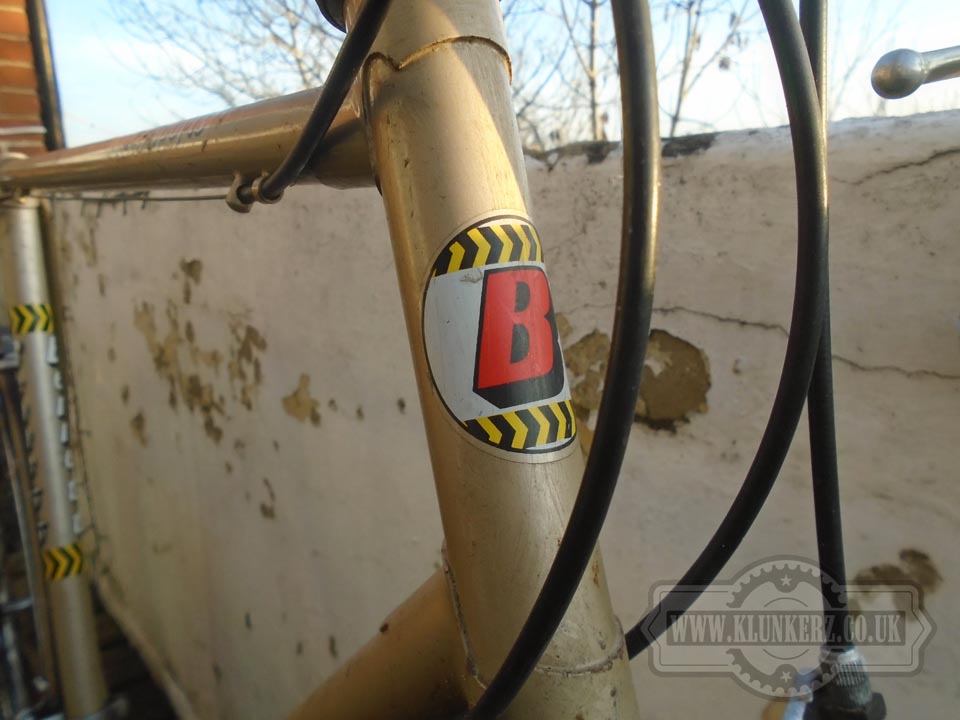 I would say that going by its appearance it was probably made in the late seventies, and as such I was instantly drawn to it. I'm not a fan of racing bikes by any stretch of the imagination, but for some reason I almost feel compelled to buy old racing, and touring bikes! In all fairness I probably could've left it there, and had it been something I had owned before I possibly would have done just that. However, having never owned a Bennett bicycle before, and as this one was in such good condition I knew it needed to come home with me. 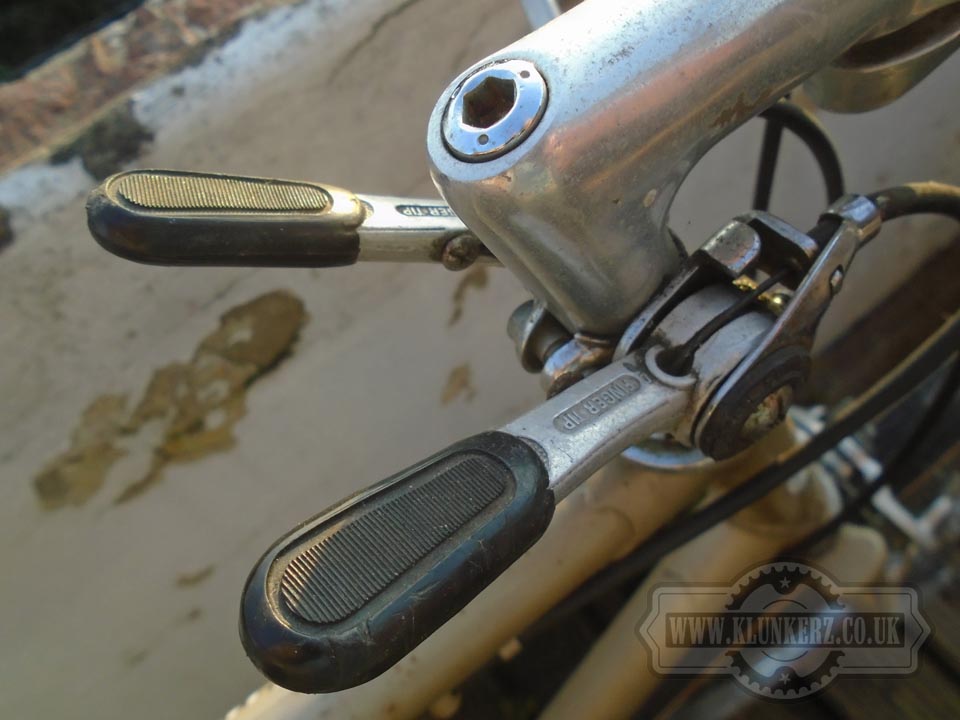 It doesn't seem all that long ago when I was trying to find a pair of stem mounted shifters for my Williams, and one of my friends upon hearing my request donated me a set, so now it would appear that I have two sets, and so I shall go and see if I can give him a set back so that he can also have some on his racing bike. 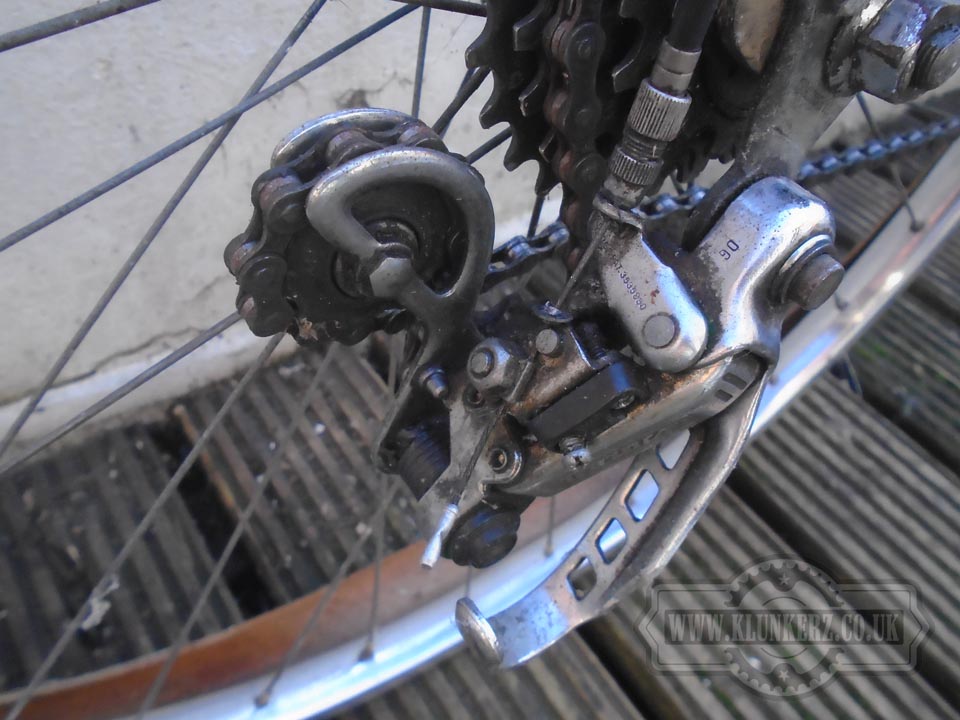 One of the little details I liked about this bike was the rear derailleur, or to be more precise, the built in guard around the front of the Shimano Eagle II derailleur. I've never seen one of these before and the more I looked at it, the more I appreciated the design of it. I think that I will keep the Bennett for a while, although no doubt not in Racing Bike guise, but I think that once I've had my fun with it I will end up removing the Shimano Eagle II derailleur, and fitting it to the Williams. 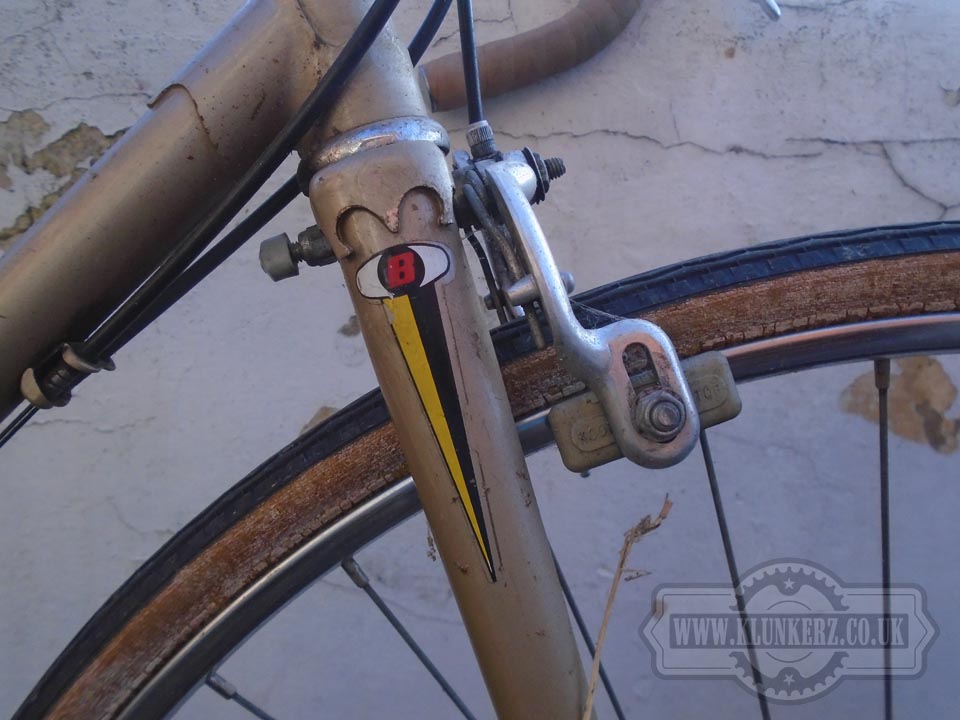 The brakes are just some cast aluminium brakes of un-named manufacture, but they look ok, as do the wheels. But I expect the wheels will get swapped out for some 700c wheels for the time being at least, as although the wheels are in good shape... 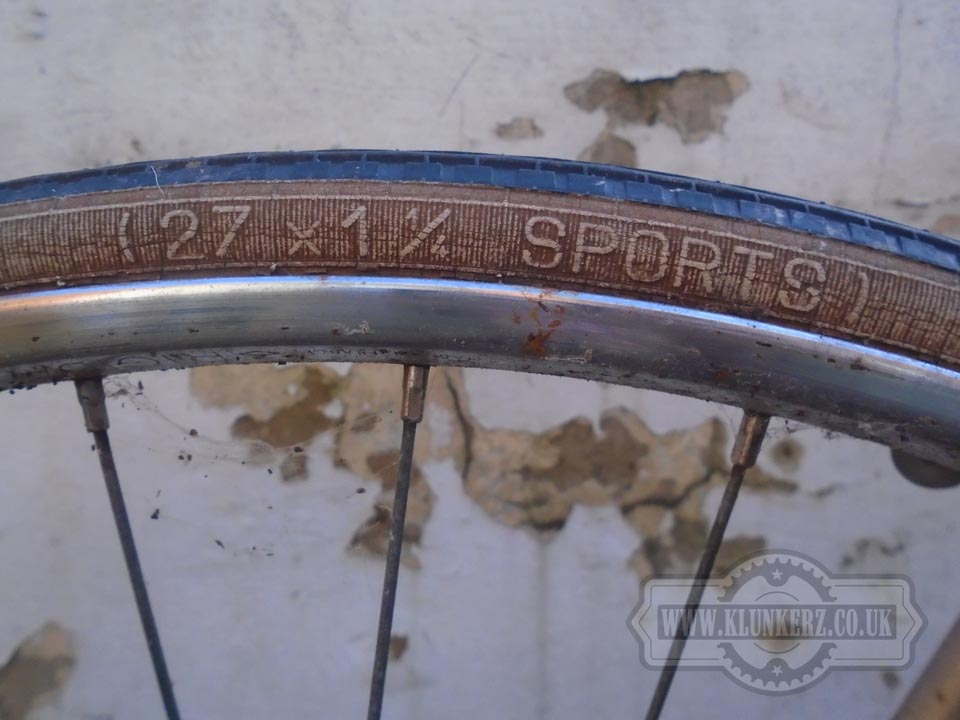 The tyres are not too brilliant! But as I've got a pretty nice pair of 700c wheels and tyres in my stash doing nothing, there's a pretty good chance that they will end up on this little machine. Add to that a set of straight bars, plus a saddle, and that will pretty much be that, I will be riding it. Having said that however, as little work as this needs I doubt I'll be riding it any time soon, I've still got a couple of bikes left to build, and I want to get them built up and sold before I start any new projects. So for now at least it's just going to sit on my balcony, out of harms way. 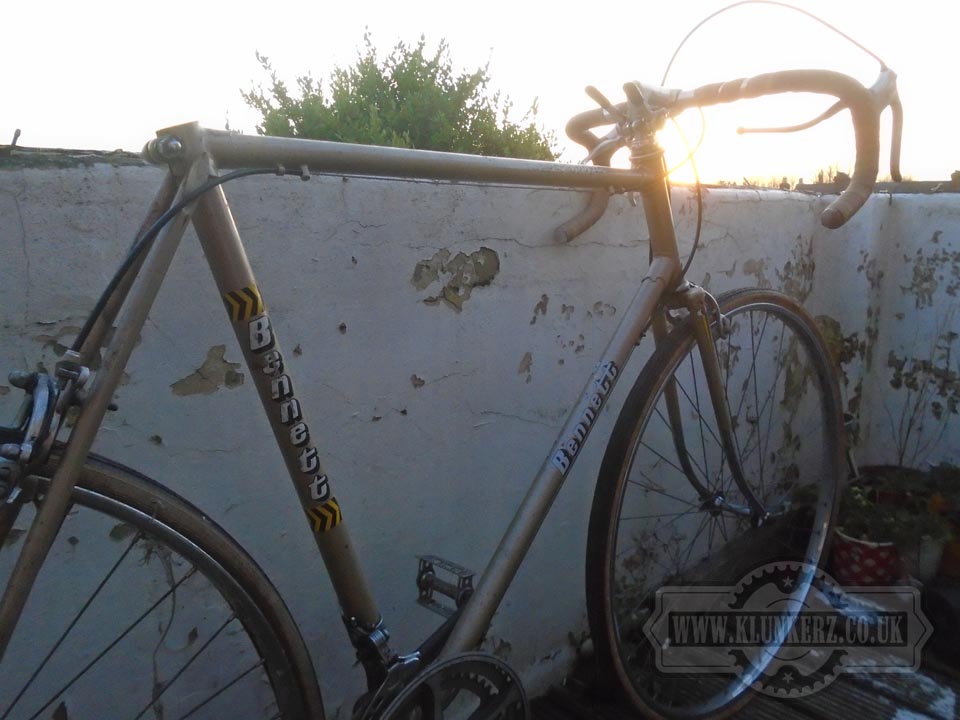 I showed it to one of my cycling friends on the way home from work today. He looked it over carefully before saying, "Bennett eh? Be careful Man, If I remember rightly the last one of those you rode tried to kill you!" I said, "What? What are you talking about Man?" He looked me square in the eyes and said, "Well, if I remember rightly, she came home drunk one night, and then preceded to try and beat you to death with a vacuum cleaner!" We both chuckled and I said "Yes she did"... But thats a story for different time, and probably another place.