January 15, 2019
As Bob Dylan once said, the times they are a changin' Last week on the Williams I managed to cover my once forty minute ride in just fifty seven minutes! One week later, and I have been out on my bike every day, and today on the Free Spirit Sacremento I've managed to slash that time by a further six minutes, and I'm carving my way along my route in a sprightly fifty one minutes! Yes I know thats still eleven minutes off my old regular time, but it's also still nearly nine minutes off my first time of the year! 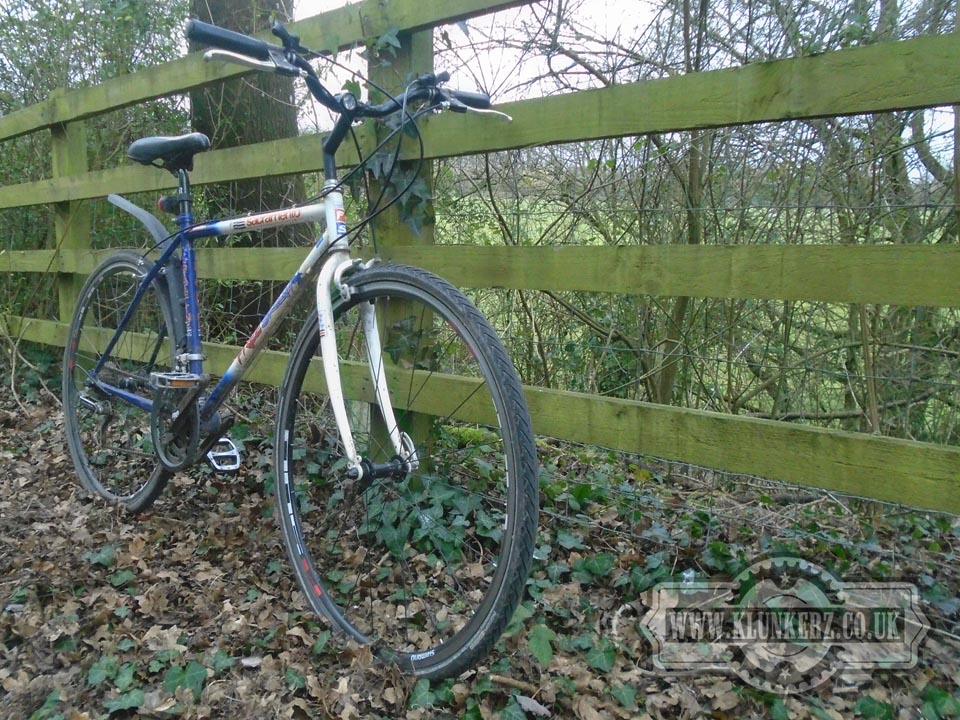 It has been a really long time since I've been out on the Free Spirit, and much like the Williams I had forgotten just how good it is to ride. I think that the failure of the Diamond Back has almost made me think that every bike I build is rubbish, and so that has put a bit of a downer on my bike building fun of late. But having now ridden the Real Easy, the Williams racer, and the Free Spirit Sacremento, and found that they all ride very nicely I am feeling a little more positive about building again. I have built three and a half bikes just recently and ridden none of them, mainly because I feel that i will be disappointed with my efforts, like I am whenever I take the Diamond Back out. But riding these three over the last week or so has sort of boosted my confidence a little. 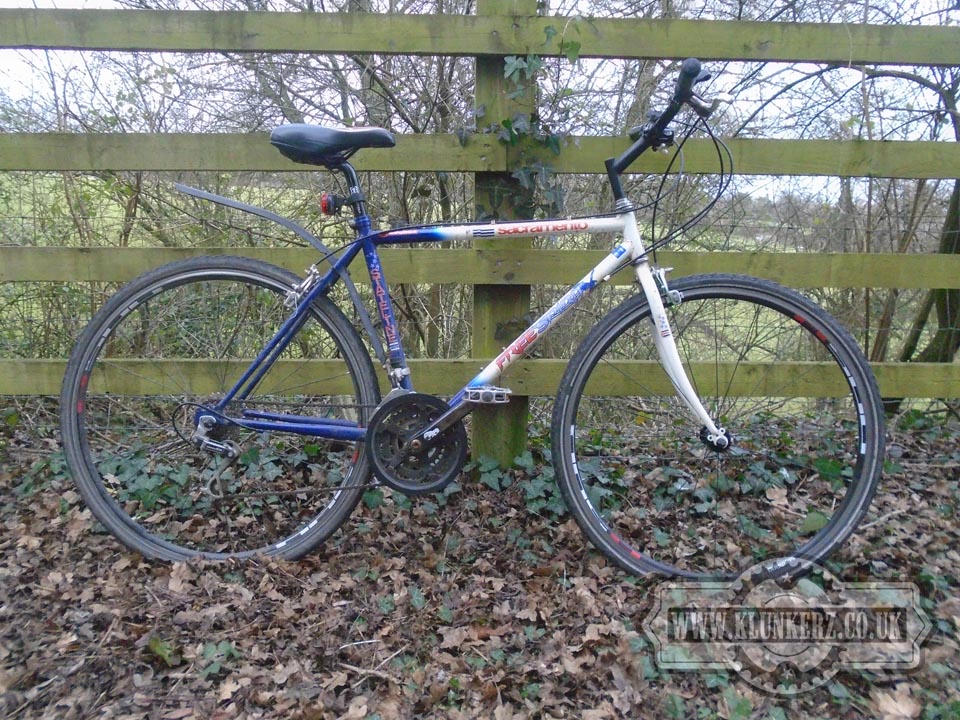 That isn't to say the Free Spirit is perfect! It's not, but it really only has one problem, and that is the gearing on the thing... 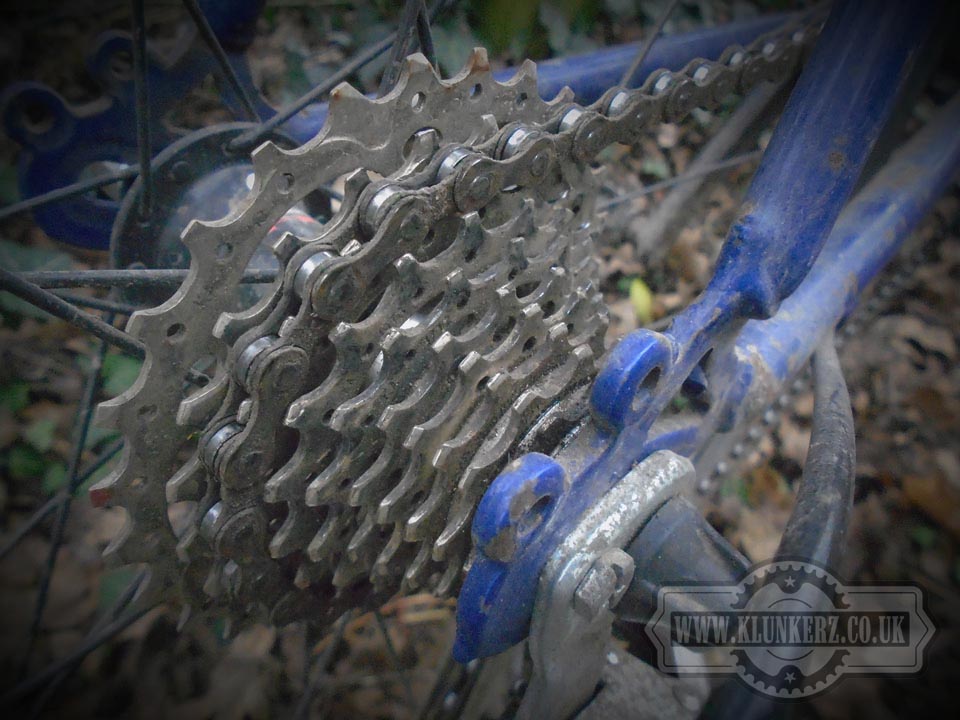 I have a ten speed cog block on the rear wheel, and this is coupled to a three speed ring on the crank, so this would effectively give me thirty gears to choose from, although no doubt several combinations will be very similar. However it would seem that I can only properly engage on two of the rear gears. When I try any of the other gears it really clicks a lot, like it's not in gear properly, and is about to change gear. 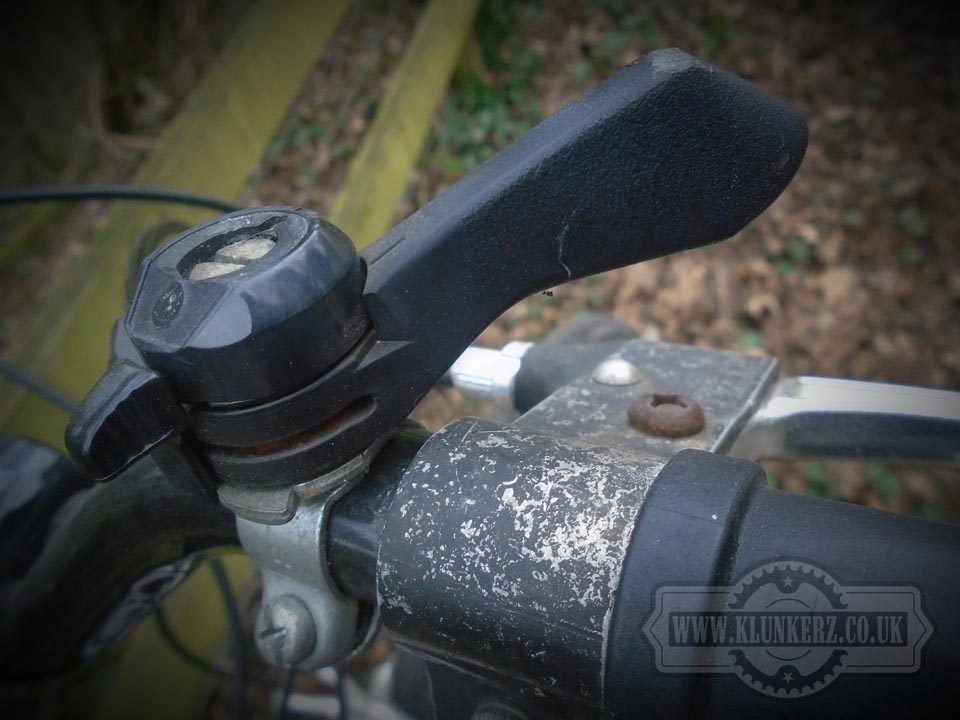 Of course when I picked the wheels up at the local tip there was no sign of the rear derailleur or the SIS shifter that would've gone with it, and so I just fitted the Free Spirit with a pair of friction type shifters, thinking that I should be able to move the lever ever so slightly and therefore be able to select the gears without problem. This doesn't seem to be the case though, and so it may well be a case of back to the drawing board. 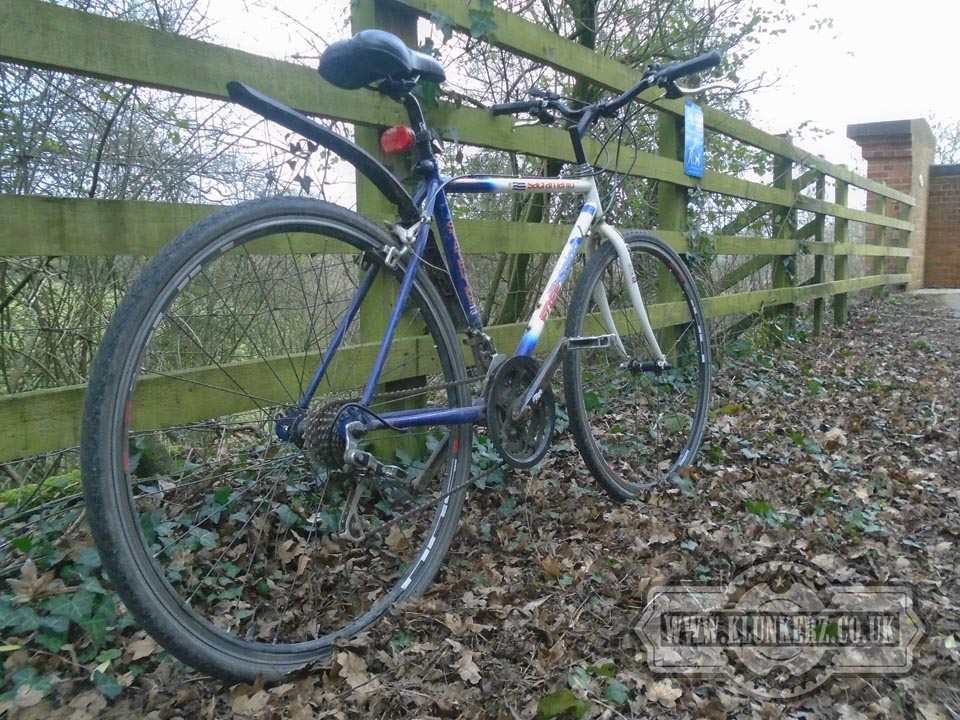 Despite this little hiccup the ride was fairly pleasant, and in all honesty the six or so gears that I could easily select are probably more than adequate! One thing I have noticed since being back in the saddle is just how busy my little route seems to have got this year. At one point I was sharing my route in the morning with lycra clad cyclists and joggers, and also dog walkers with dozens of dogs running freely all over the path. But now, joining these groups of people are hoards of elderly ramblers, even saw a pair of elder ramblers who weren't walking at all today, they were both driving along in their electric spaz-buggies, and to be fair to them, these two looked pretty heavy duty, almost more of a quad bike than a spazz-buggy, I reckon they wouldn't have had much trouble getting anywhere, on any terrain! But also added to these new comers on my route are a new bunch of cyclists. These guys (and ladies) are more like me, they all seem to be riding fairly old mountain bikes, all seem to be firmly in the late forty to early sixties age bracket, and all seem to be carrying a little extra weight! I like these people! The funny thing is I'm still getting no response from the lycra clad cyclists when I say good morning to them as we pass each other, however these older cyclists with their old bikes all respond cheerfully, some even wave too! But best of all, they all seem happy to be out there riding! They're not trying to set records, or prove anything to anyone, they're just out for a pleasant ride. I'm guessing that for the most part a lot of them are on a bit of a new year health kick, but I wish them all the best with it, and long may it continue. Hopefully we'll continue to pass one another throughout the year, and hopefully as the year progresses we'll all lose a few pounds or so! Speaking of which I am so far down just two whole pounds. I know that doesn't seem a lot, but we still are munching our way through the Christmas food, although I think we're down to our last tin of sweets, and tonight saw the last portion of Mrs Clints Christmas cake getting eaten by me! 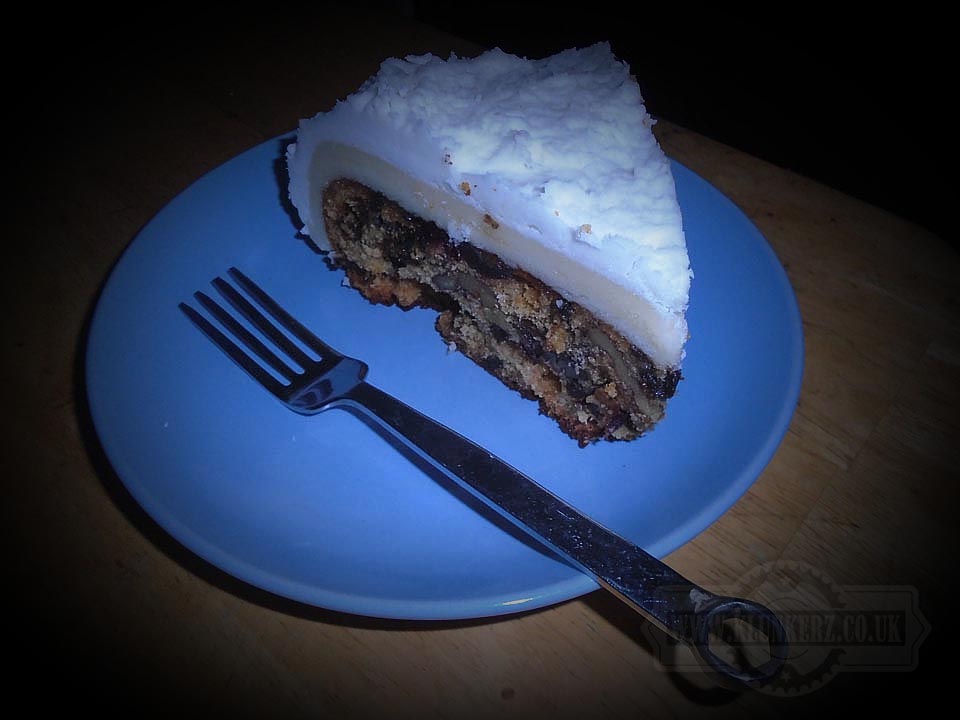 Frankly, it was delicious! With an inch or so of Marzipan and Icing on the top it's a wonder my pancreas didn't go into shock! But with that gone hopefully before too long my trousers will be a little bit less snug around the waist. Although, it has to be said that we do still have the best part of eighteen mince pies still to munch our way through! So I'll not be expecting any rapid weight loss any time soon!