January 22, 2019
In case you're keeping track, my forty minute ride took just over fifty minutes today. I actually think it could've been faster, but it was icy, and I was peddling something new! 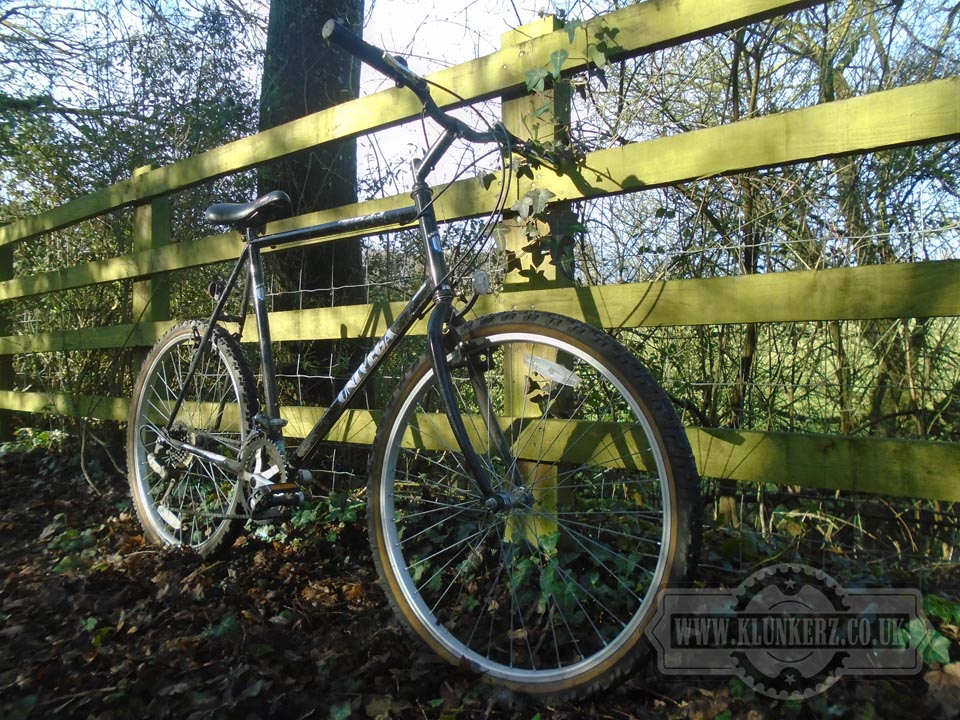 I picked this up from the tip yesterday mainly because I'm addicted to crap old bikes! That and because I like bikes with big frames, and at almost 26", this bike has a big frame! 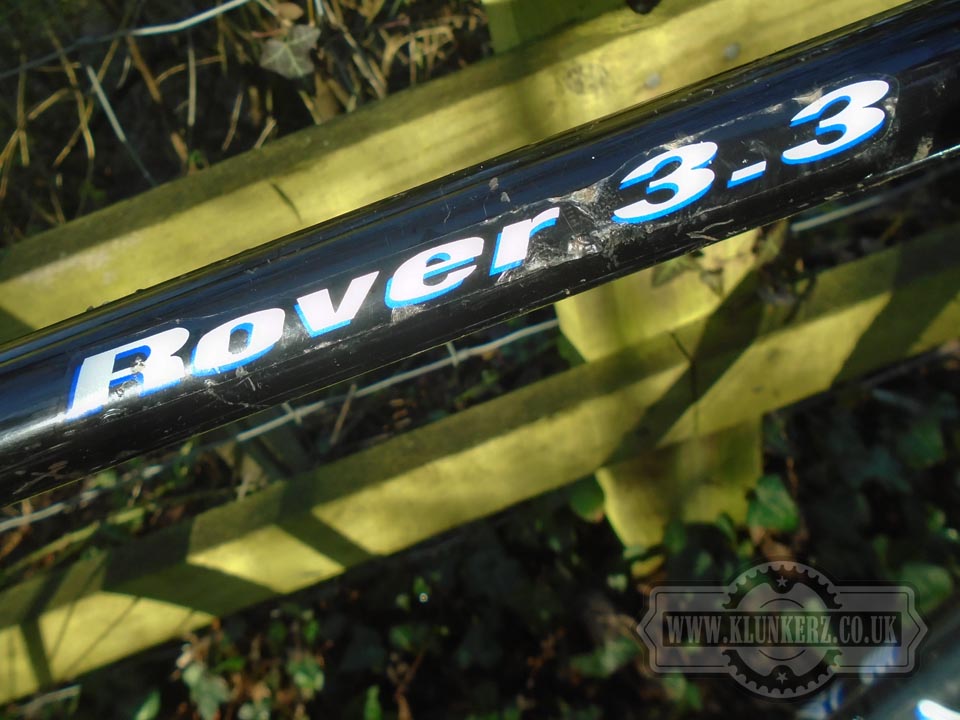 The bike is a Univega Rover 3.3, and although I'm unfamiliar with the brand it does look like it falls neatly into the cheap forgotten bikes of the late Eighties and early Nineties category. Which is pretty much what I like! I took it home with me last night and had a quick look over it to make sure everything was tight, and I was surprised how well made it seems to be, and how good the condition of it is. Really the only thing I needed to do to it last night was give it a quick wipe down with some WD-40, and install some new wind in the tyres. 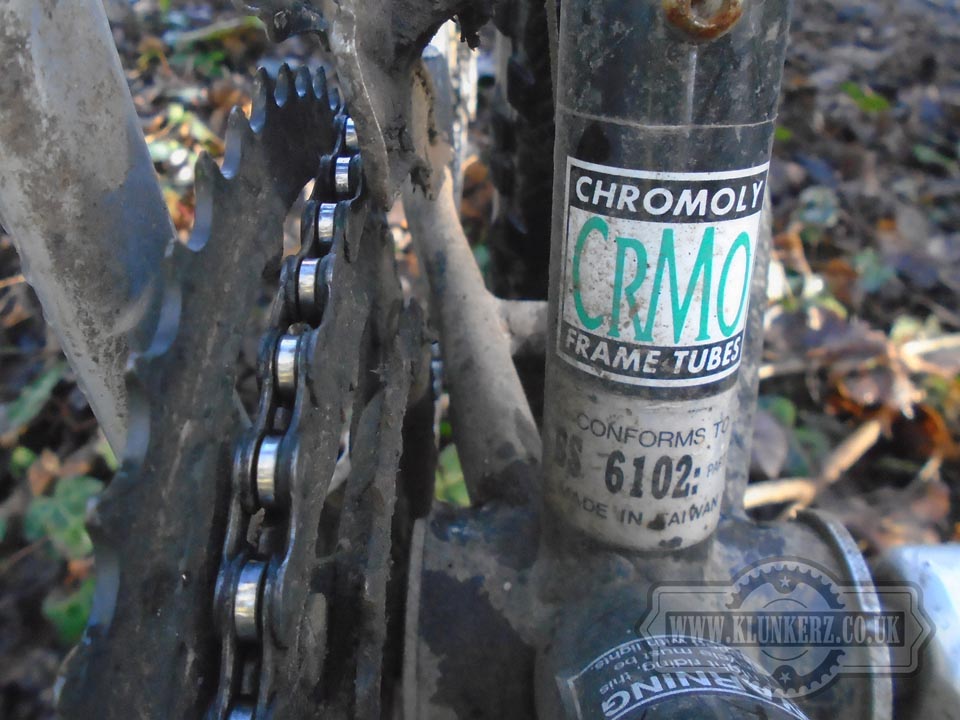 Coming from the tip I'm obviously not its first owner, but it would appear that I'm not even it's second owner, as I found a sticker on the frame that says Portsmouth Cycle Exchange. Used Bicycles. I wonder just how many people have owned it, despite its age it is in very good shape, and in all honesty I would say it's not been ridden a whole lot. Which is a shame, as actually its quite light, especially for its size, and it rides very nicely. 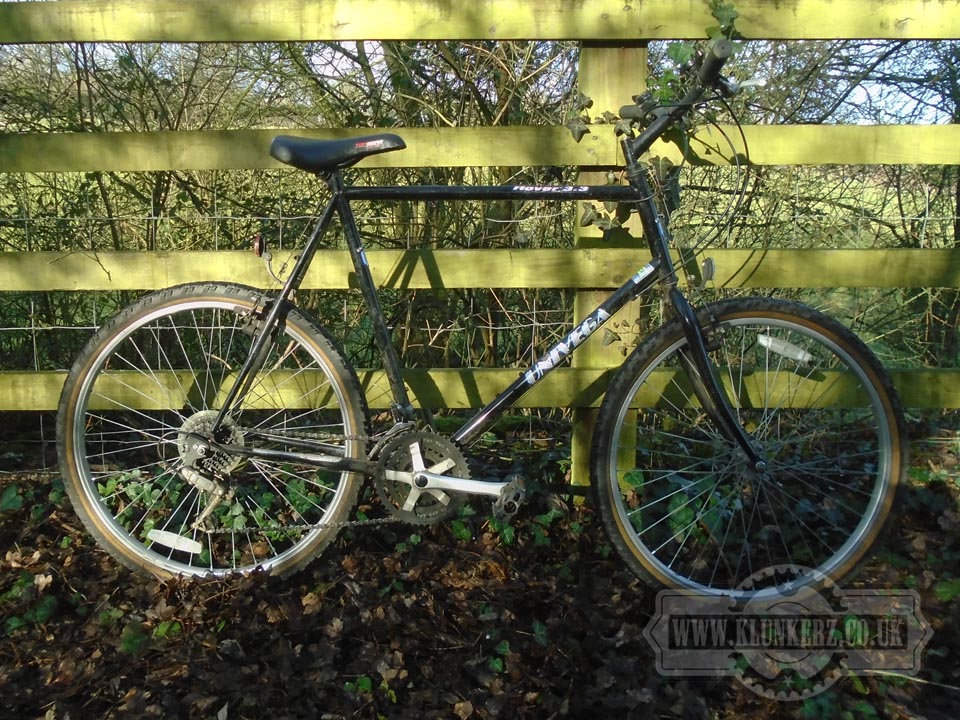 I think quite possibly this is the tallest frame I've ever had, and although at just 5' 10" I'm just an average height fella, I do find this quite comfortable to ride, and for me, I wouldn't even say that it's too big. I have been struggling to get comfortable lately on my bikes, as the saddles seem to have gotten to be too hard, or too narrow, or just too damn uncomfortable, but I found this Top Gear saddle to be very nice to sit on, I think that if, and probably more likely when I sell this bike the saddle at least will be staying with me for a while! 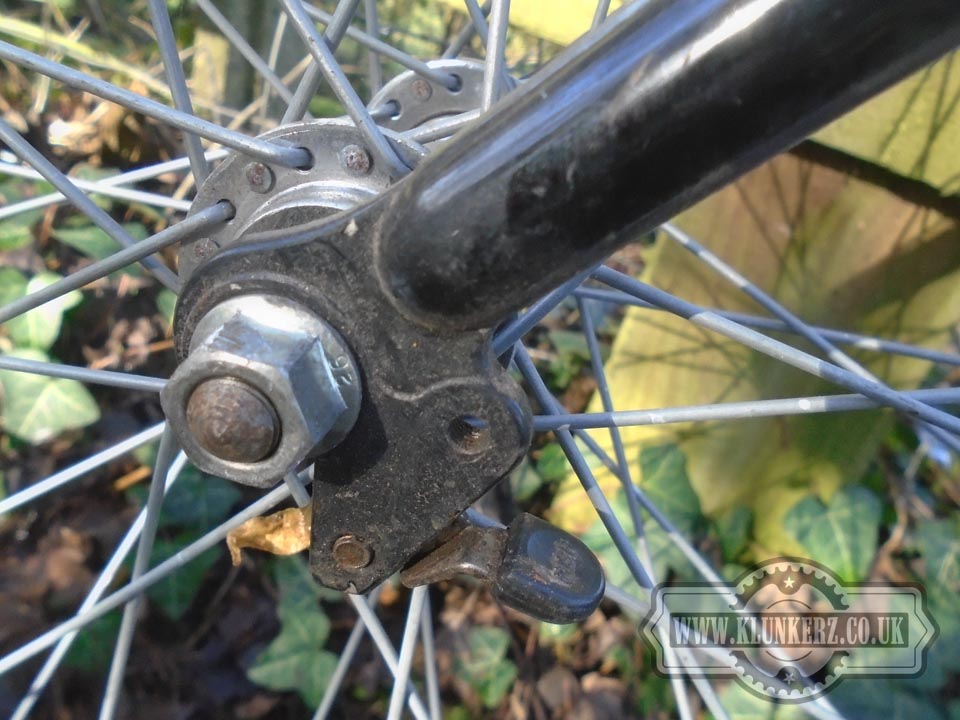 A feature that I've never come across before was this little lever down by where the front axle of the wheel bolts to the forks. It was nothing more than a little locking mechanism that prevents the front wheel from dropping out should the nuts become loose. I must've had hundreds, if not thousands of bikes over the years and not once have I come across one of these before. Quite a simple idea, it does seem strange to me that nobody else has done it. 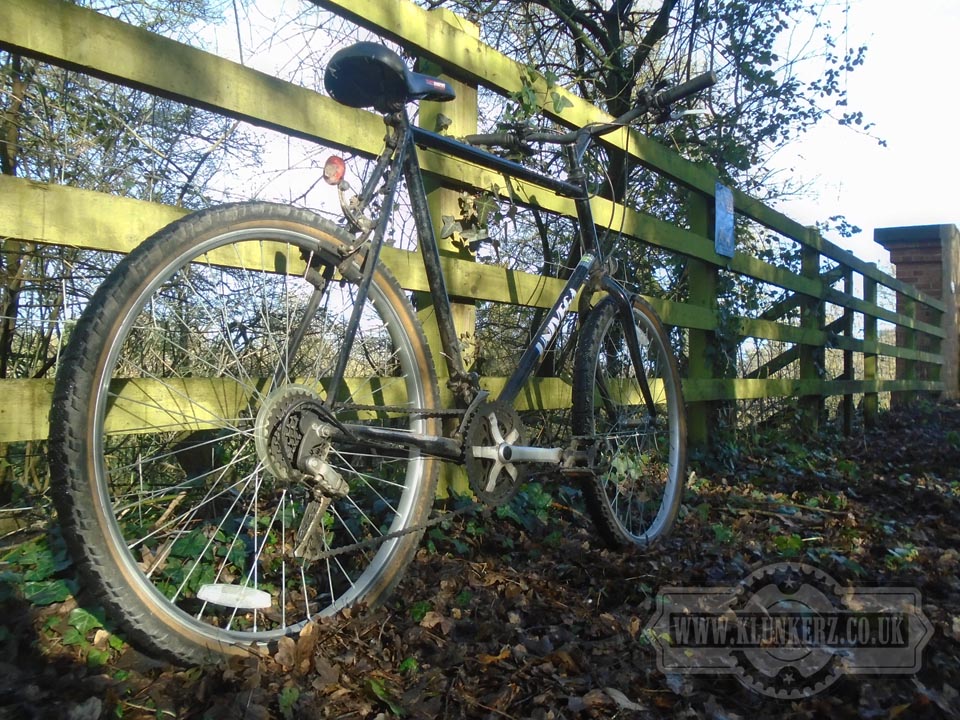 It rides good, it rides very good actually. The only problem with it is that the wheels, or infact the tyres seem to be egg shaped! As you ride along, even on the smoothest of roads you feel like you're constantly going over bumps, almost like the road is ribbed! I originally thought that the wheels must be buckled, but watching the rims against the brakes as I ride along it would appear that not only are both the wheels arrow straight, but theyr'e perfectly round too! The tyres however both seem to have a high spot, and like I said, as you ride along it would appear that the tyres are egg shaped. I've not experienced this before, but I'm guessing that they were perhaps a cheap tyre, and/or a bad batch, so I think I shall try to change the tyres before I do anything else, just to see if it alleviates the problem.

I initially thought that after a ride or two it would be going up for grabs very quickly, but already, after only a day I'm thinking that I need to ride it a bit more. I wonder if it has had much tinkering done to it, or if this is how it was straight from the factory. I'm guessing that this was probably at the very cheap end of the spectrum when it was new, but there's nothing wrong with that, especially when it rides as well as it does, and is as comfortable to ride as it is. I realise that I didn't exactly set a personal best time today, but I had a feeling today would be a slow day for two reasons, firstly, it was chilly, and in fact for the first time in a long time there was actually ice on the path. Secondly I seem to have trapped my Sciatic nerve again, not as badly as last year, but it's still quite uncomfortable. Last year when I did it I laid off the cycling for a long time, well, actually until the start of this year, and getting back into it has been hard. I wonder if the way forward would've actually been to have kept on going? So I'm thinking that this is what I will try this time. I seem to keep trapping my Sciatic nerve recently, and I actually believe that the problem is not really related to my back, but my front. I think that the problem is actually caused by my belly being in the way when I bend down to tie my shoes in the morning, as thats when it really seems to pull. As such I think that giving up the cycling is the worst thing I could do to resolve the problem. Giving up the Mince Pies would probably help, good thing there are only six left to go!