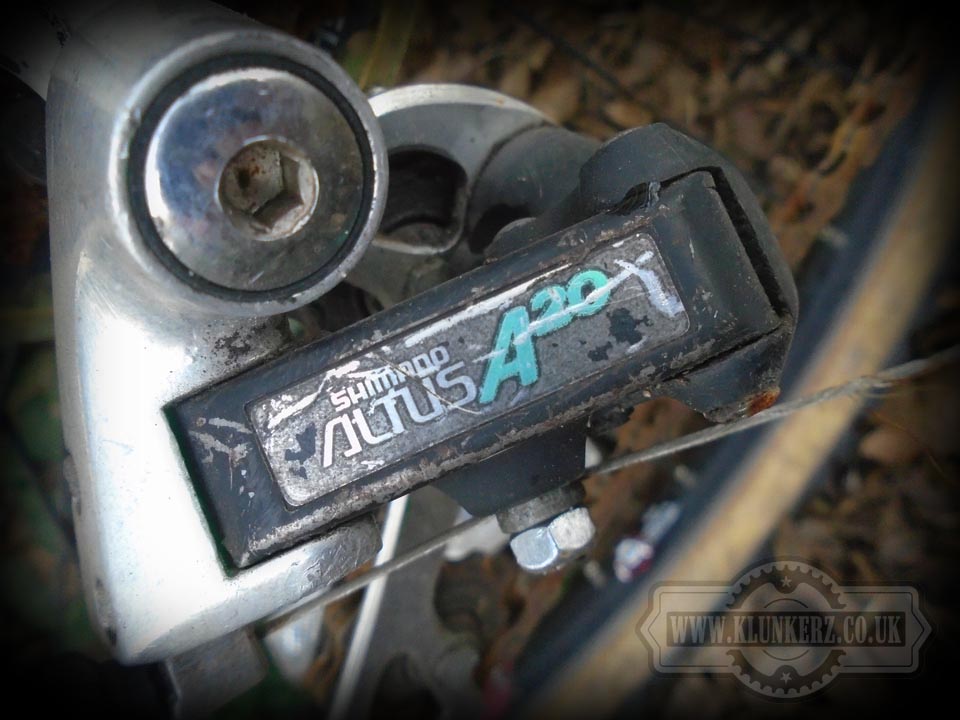 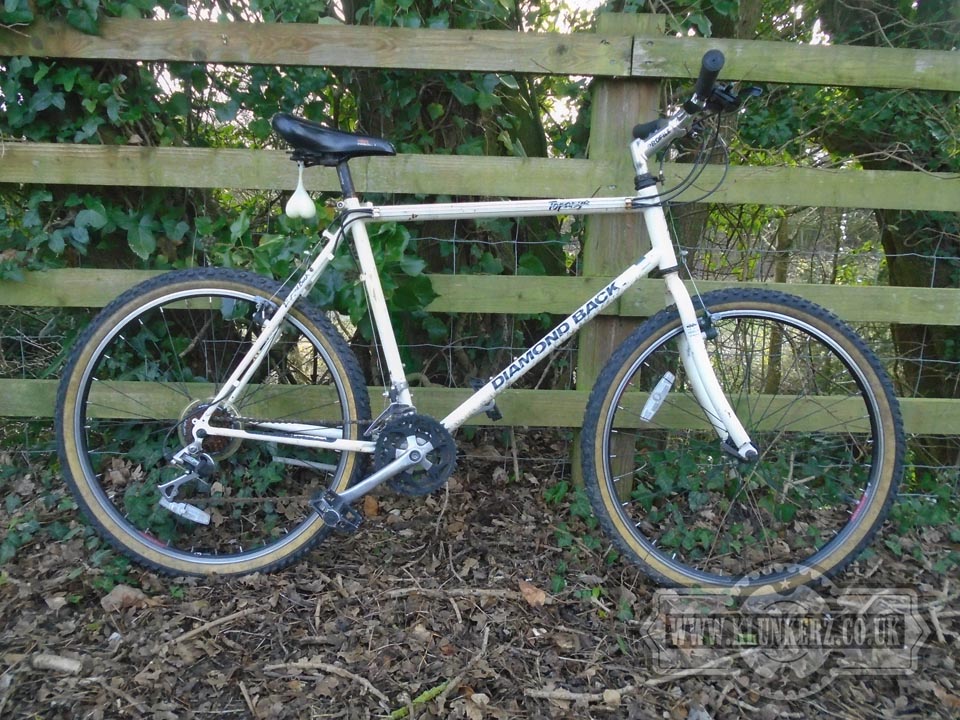 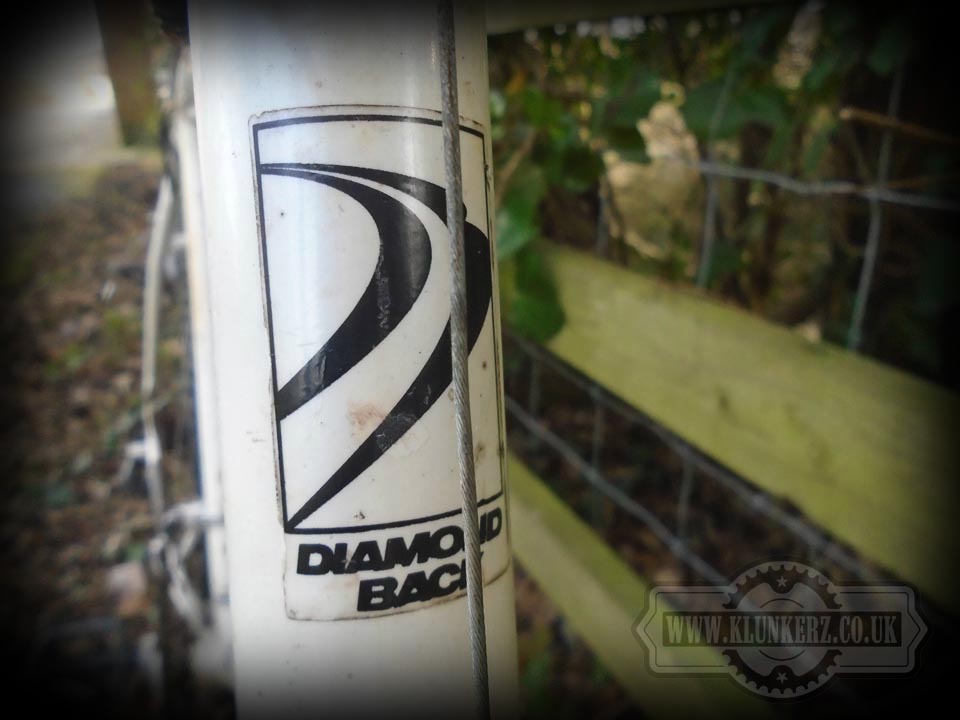 It's kinda weird because the parts that are on this thing are parts that have all been good somewhere else. I wonder if the problem is not that the parts are no good, or even the bike is no good, but the parts are just not compatible with one another for some reason. The thing is though, I have built a few bikes now, and although they're not all brilliant to ride, for the most part they're not usually bad, and it's very unusual for them to be un-rideable. I've had a few that are horrible, and even a few that are as bad as this thing is to ride, but usually after you change the offending part, the bike is fine. With this it seems that as soon as you change one part that's no good, another part becomes the main offender. I'm constantly chasing problems with this machine. 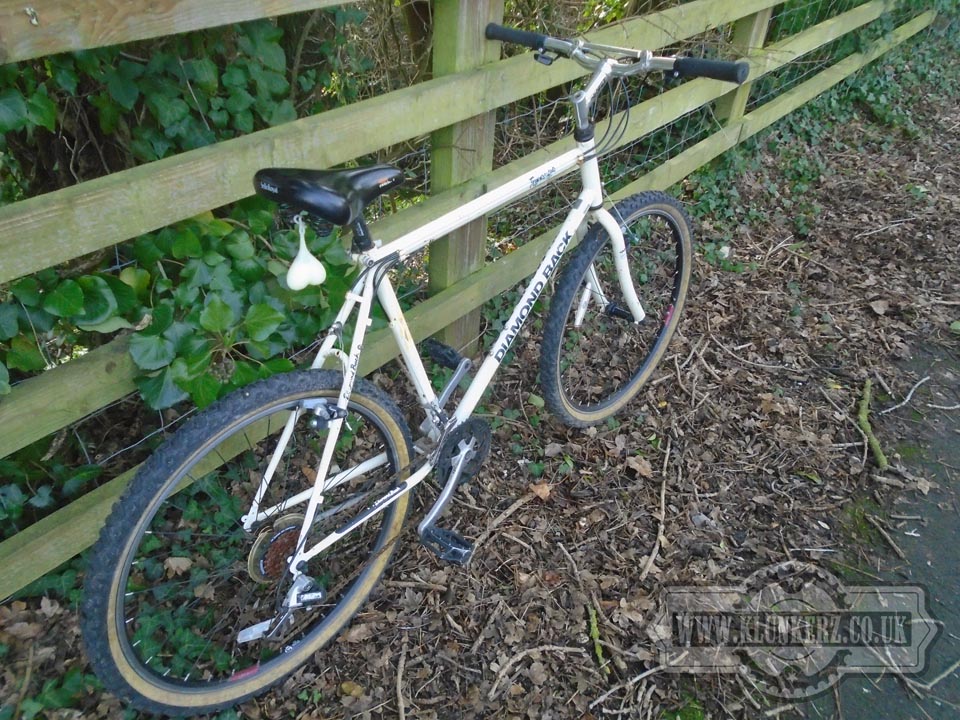 Having said that, although it is a pain in the bum to ride, today I thought I was on target for a good time, maybe even in the forty minute bracket. But then, on the return run it happened. Going up a hill, pedaling hard the damn thing slipped out of gear! I stubbed my steel toe capped clad toe into the path, and quickly followed this maneuver up with the pedal slamming into my calves. This ticked me right off, and I genuinely thought about just getting off it and leaving it there. But the thought of hobbling home didn't really appeal to me at all. I cycled on, muttering to myself like a crazy person. Actually, the older I get I am starting to wonder if I'm not so much like a crazy person, but I may well be a crazy person, if not, the crazy person! I figured that I would call by the tip on the way home and see if there might be something in there that might be a good parts donor for a complete re-build on the Diamond Back. I wasn't sure what exactly I was hoping to find, but actually I was at the point where I was thinking that if there was something in there that had a nice set of gears/shifters, and perhaps even wheels, then maybe the way forward was to buy that, and swap the parts over onto the Diamond Back, and then surely that would make it good to ride? But then, just like before, while going up a hill, and pedaling hard it slipped out of gear! Once more my steel toe capped clad toe stabbed into the path, followed by the pedal slamming into my calves. As I pulled into the tip it was over. Valentines day or not I had fallen out of love with the Diamond Back. I hobbled over to the bike section to see what they had, they had next to nothing, or at least, next to nothing that I was interested in. Mostly Childrens bikes, and Ladies bikes. But then I noticed an old Mountain bike, a Raleigh Cajun. I gave it a quick look over, it seemed to be complete, and in pretty good shape. Even the tyres were hard, and that was the clincher for me. I rested the Diamond Back against the other bikes that had been dumped, and picked up the Raleigh, and rode it out of the tip. I was that fed up with the Diamond Back that I felt no remorse, and didn't even look back. I kept on pedaling on my new Raleigh all the way home! So here ends the tale of the Diamond Back Topanga, returned to the place where I found it in the first place, probably where it deserves to be, and I feel like that is where it wanted to be in the first place. On it's way to be melted down to be turned into something mundane like a baked bean tin! 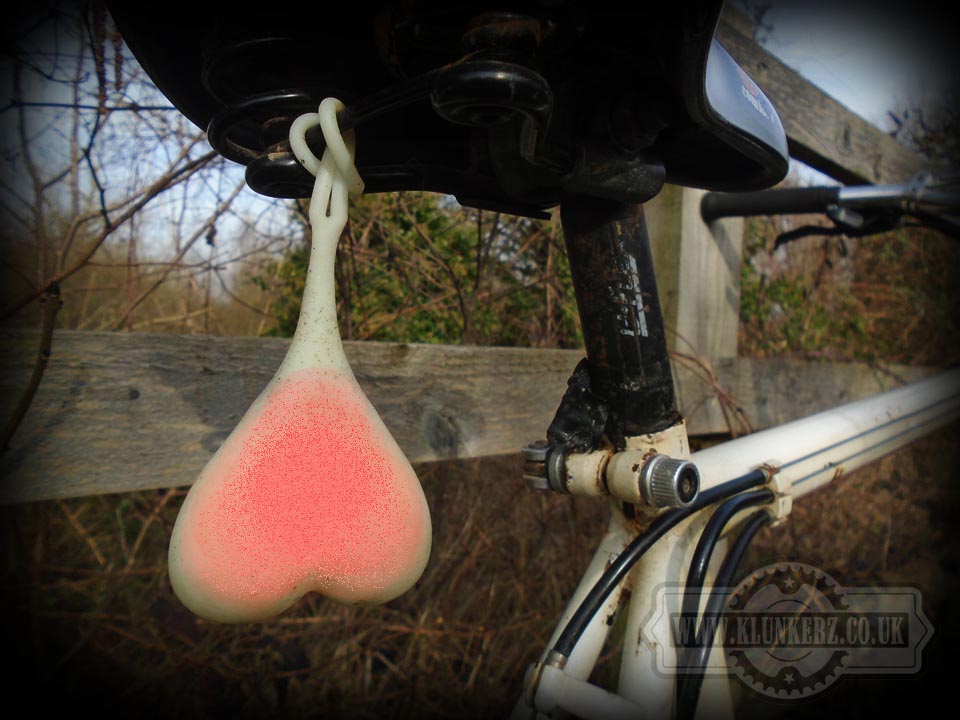 Oh heart shaped tail light! When I unceremoniously ditched the Diamond Back I was done with it, I really was! But sitting here writing this eight hours later I really feel like I shouldn't have dumped it. I'm so sure that there is a good bike in there somewhere. I've just got to coerce it out, and I can't do that while it's down at the tip can I? Cheese, n Rice, I'm gonna have to go down there in the morning and see if they still have it, and if they do, I'll probably have to buy it back! I think that if they do still have it, and I do buy it back then it will have to be a complete strip down to the frame, and build it back up from scratch once again! At least this time as the current seat post is steel I won't have to be dissolving it out with caustic soda!