April 23, 2019
With the Land Rider all checked and ready to roll I was pretty keen to get out there on it and find out what a bike with an automatic deraileur is like to ride. 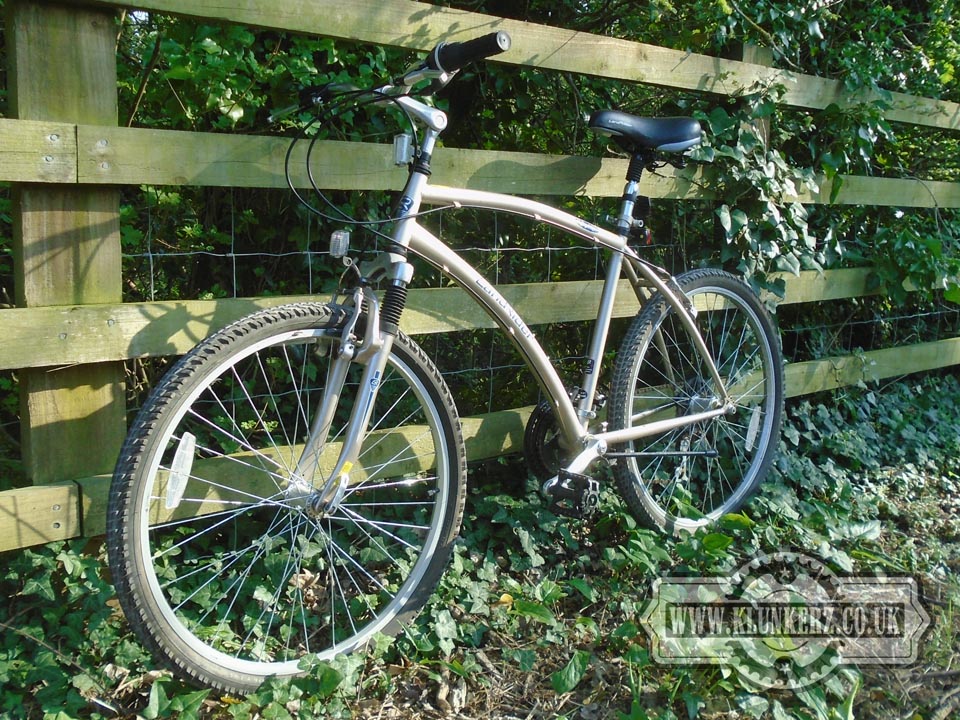 Yesterday, my youngest Monster and I went out for a rideabout. I wasn't trying to set any records, as although she's quite quick when she rides, she not racing. I figured, after watching a couple of videos about the Land Rider, that it is probably best to not try and set any speed records, and just have a pleasant ride with my littlest Monster. Well that was the plan anyway. 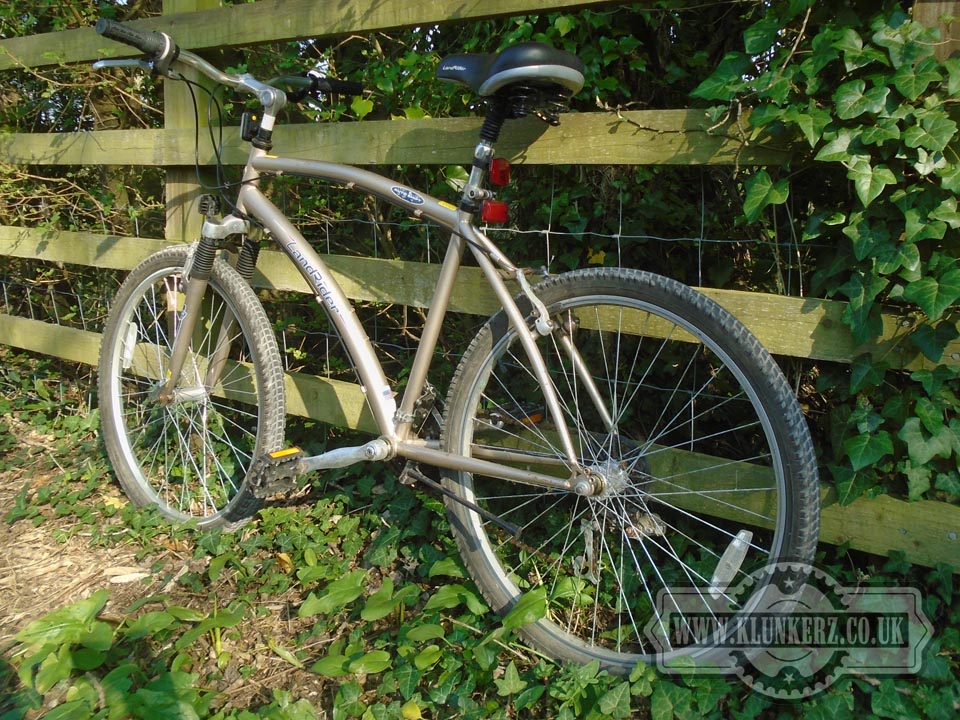 I must admit, that the more I look at this bike the better it looks to me. It's a nice looking machine, and to look at it you would say that it's built for cruising in comfort, and not for speed. To an extent that would be right, however it's not without its problems. Firstly, it is heavy, not as heavy as some perhaps, but certainly heavier than most of the junk that I normally ride. But still, I have to say that it's weight does not bother me, as you probably know, I don't mind a bike that carries a little weight. Apart from that there are two areas that I feel could be better. Firstly, the automatic deraileur!

Yes, it works, just not how I'd like it to work. I have noticed just lately that there seems to be, lets call it a riding style, where you have the bike in as low a gear as possible, and pedal like crazy as you crawl along the road. I have no idea what this is about, or if it's beneficial in any way, but why ever they do that, thats not how I ride. Unless I'm on this! I find that my legs are pedalling like crazy and if I was changing the gears manually, I would've changed long before they change for me. Infact, by the time the gears change I doubt that I could pedal much quicker! I'll be honest, I struggled to keep up with my littlest Monster on her little Raleigh Mustang. Having said all that though my feeling is that this problem could be rectified with a smaller set of cogs on the rear wheel, or a bigger set on the crank, or even both! But like I said before, this is probably built more for comfort than speed, and if it's comfort you're looking for, well look no further... 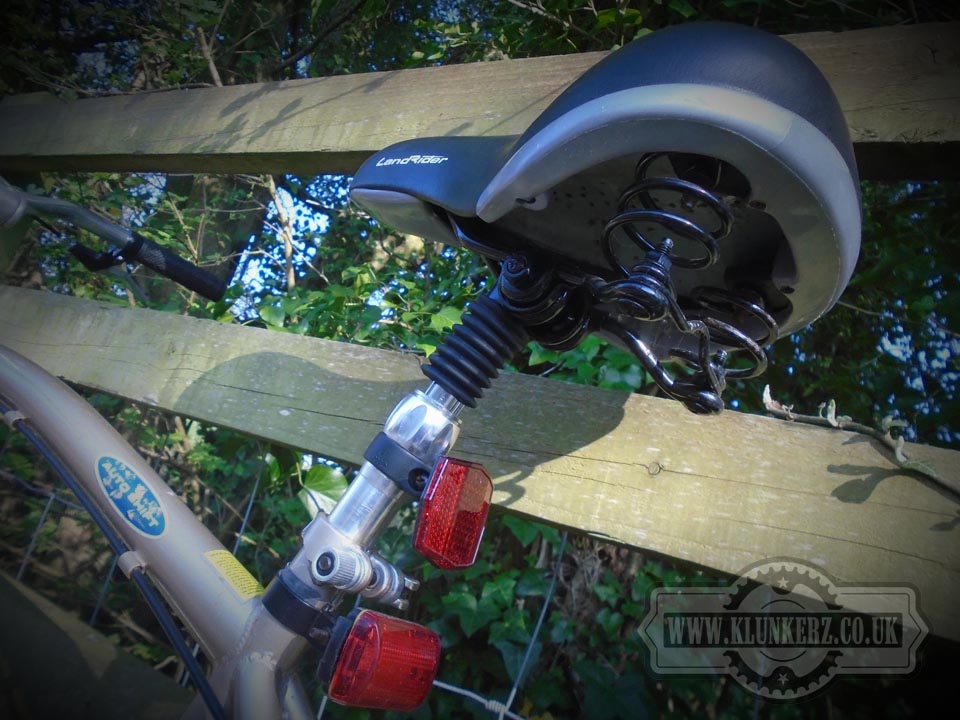 Big squashy ass foam top, sat on springs, sat on a shock absorbing seat post, this thing should be the Rolls Royce of seats! Except it's not! I think that the problem here is that it's over-sprung! I think that the saddle by its self on a regular seat post would be fine, or a harder saddle on the shock absorbing seat post would be fine, but all together, not so much. As I rode along it did feel a bit bouncy, but worse than that, by the time I returned to BelongaClint my Gentlemans area was a little numb, and to be fair, pins and needles in my Gentlemans Vegetables is not the most pleasant sensation I've ever experienced! 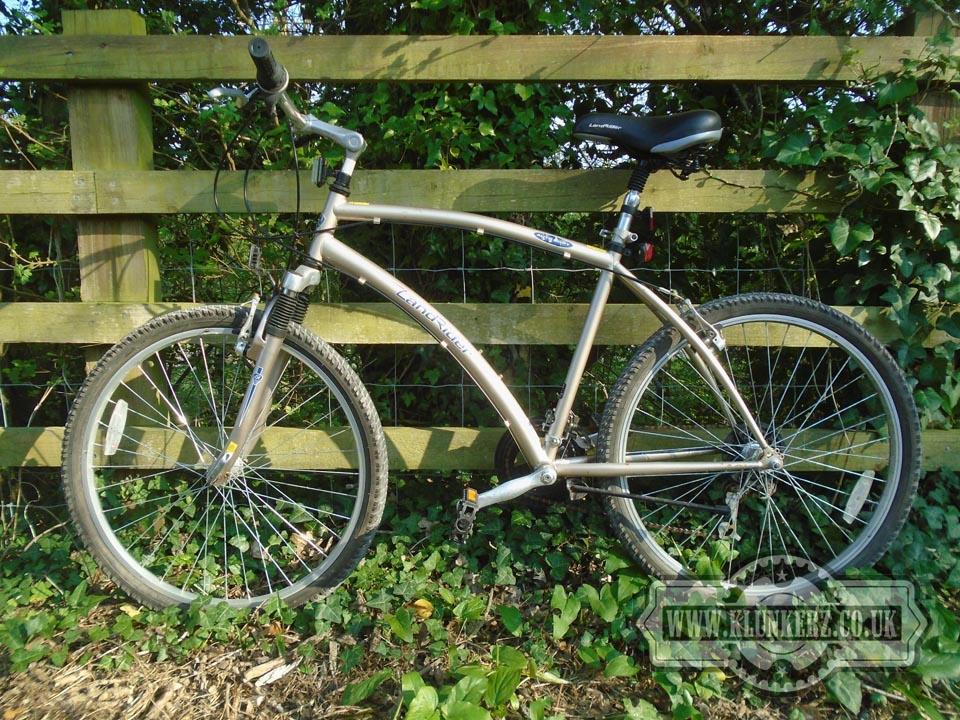 So where am I going from here? Is it time to just cut it loose, call it an experience and move on? Well, no, not just yet anyway. The seat post/saddle arrangement is easy enough to sort out. I think I'll try a solid seat post, with the saddle thats currently on it first, and see how that works out. Next I'll try a smaller set of cogs on the rear wheel. I've been right through my stash and I've got nothing that is of any use. But no doubt something will turn up at the tip or whatever. If after I've changed the rear cogs it's not significantly better I'll try to track down a bigger cog for the crank. I think that once I've done that it may well work the way I want it to work, but as ever, only time will tell! But no matter what I do, I doubt that it's ever going to be a fast machine... 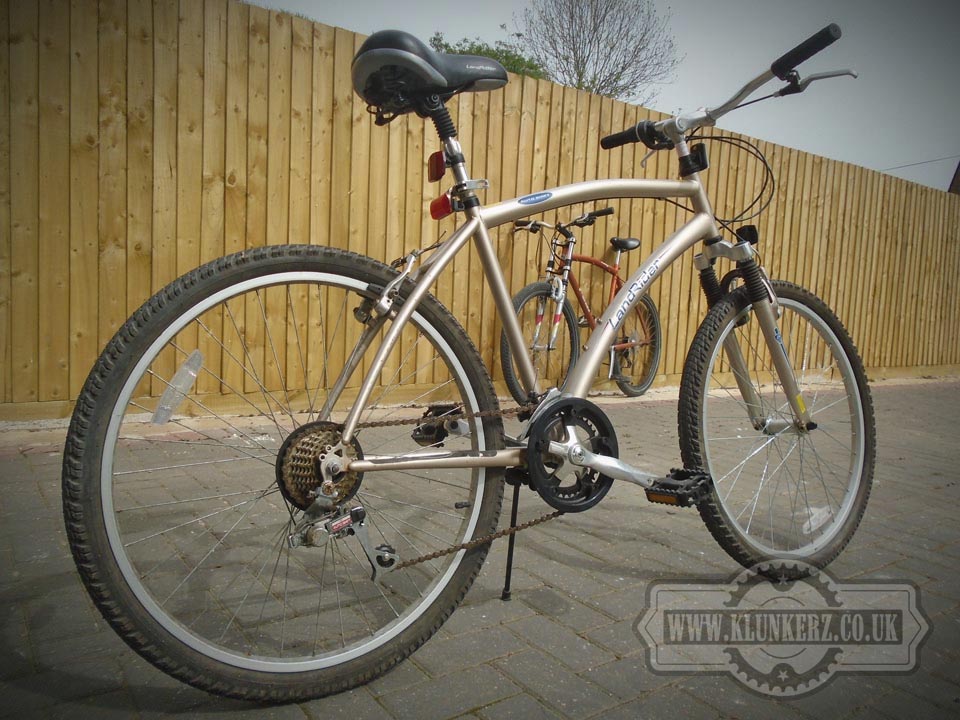 But that's OK, because if it's speed you want, I've got another bike for that. But that story will have to wait for tomorrow, after I've had a long soak in a warm bath!