April 11, 2019
So my ride, by default is now a Raleigh Cajun, I went back to the tip the following morning to see if I could rescue the Diamond Back back, but I was too late, it had already gone! I was a bit upset about that at the time, but as time has gone on I have come around to the idea that it's probably for the best, I'd fought it long enough, and it seemed that no matter what I tried to do to it, it was always going to be awkward, and difficult to ride. The thing that bothers me most about this is that even now, nearly two months on, I still think that there was a good bike in there somewhere, but sometimes you've just got to walk away! Or, in this case, ride away! 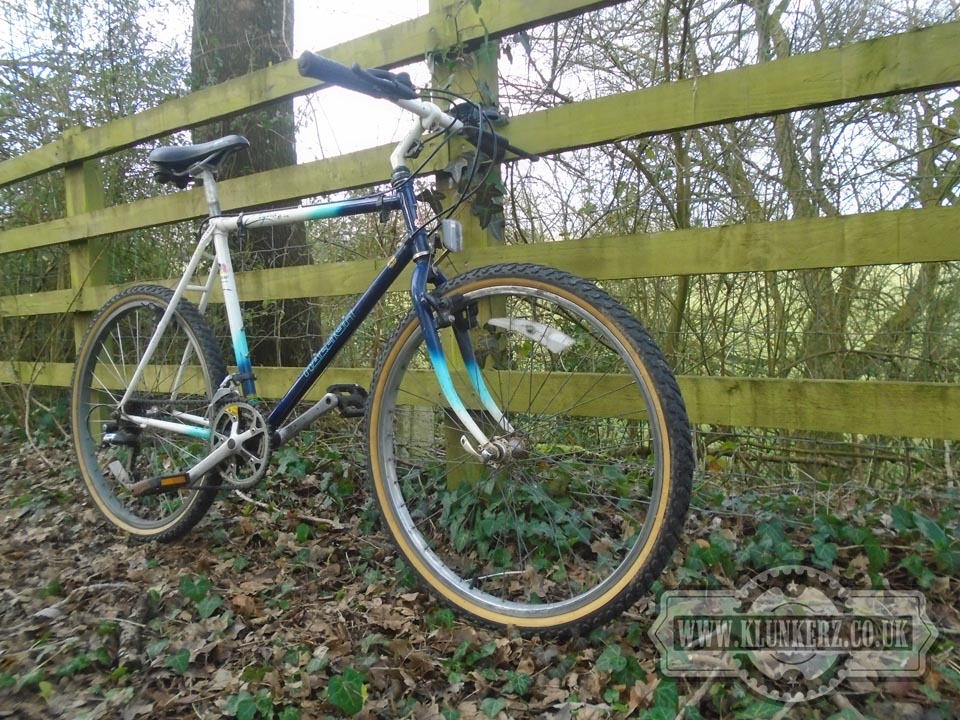 So what's the Cajun like? Well, I could say that it is everything that the Diamond Back wasn't, and that wouldn't be too far from the truth. It's good to ride, infact, it's very good. I quite like the colour scheme, and the way it looks, the frame size is OK, although as I'm sure you know I do prefer a taller frame, but this is OK, and it's fairly light, at least, it's lighter than the Diamond Back. 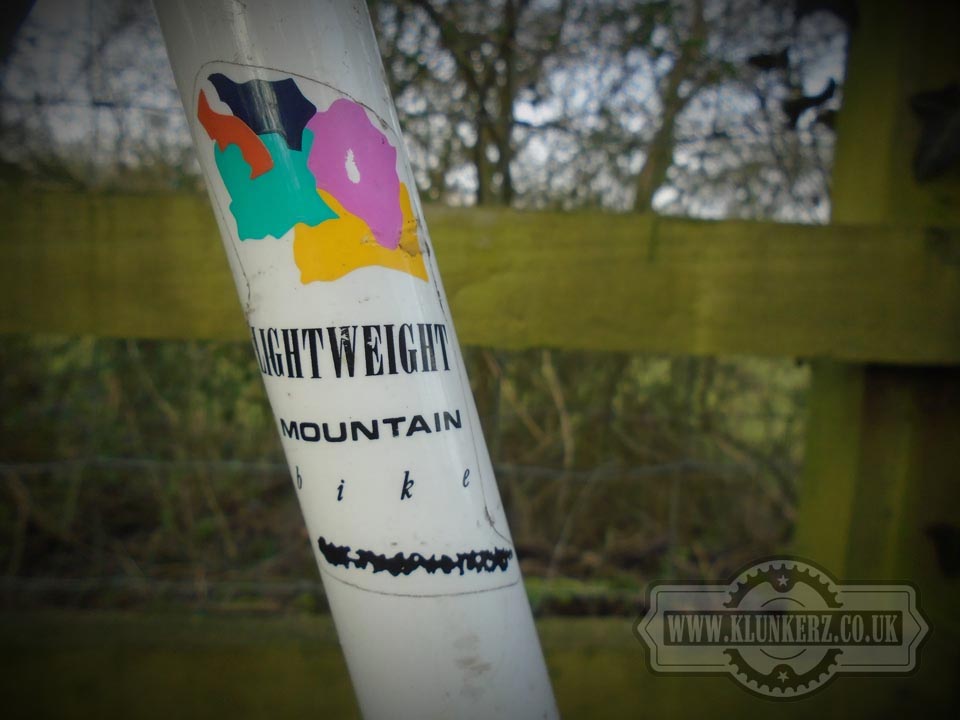 Infact, it's so light that Raleigh decided to add a sticker telling you that it's light! Presumably to remind you to weigh it down when you get off it so that it doesn't blow away! 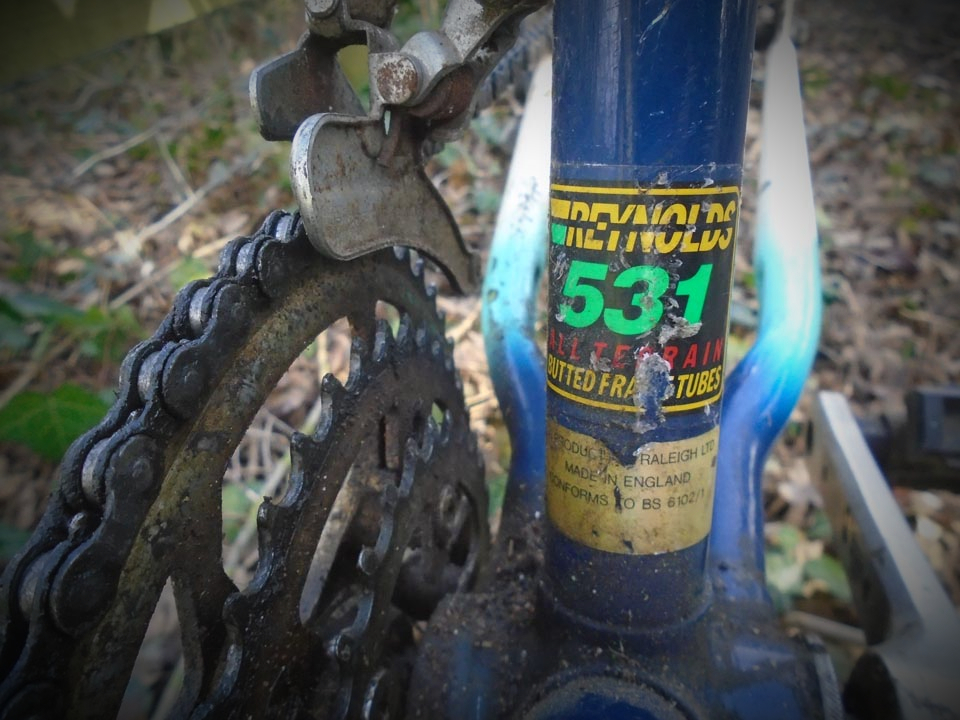 Made from Reynolds 531 tubing, which I guess is a good thing, however I'm never too sure that it was anything special as I seem to remember that most Raleigh bikes of the era were made from the stuff. I do wonder if Raleigh only used it because of the willingness of Reynolds to make special tubes for certain manufacturers, although it has to be said, it is light, and by all accounts strong! 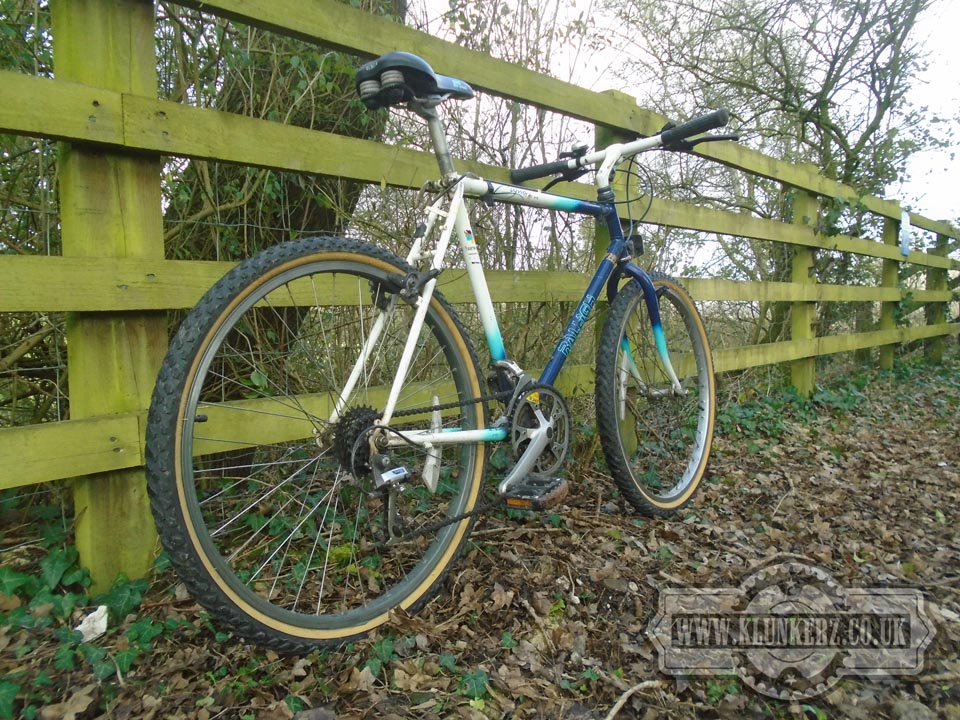 Which is probably no bad thing with my lardy arse sat on it! But despite being made of such exotic tubing I don't know if I'll ever notice any benefit while riding it. Having said that I do like it to ride, It's pretty nice, but I wonder if that more due to the chalk and cheese nature of going from the Diamond Back to the Raleigh. 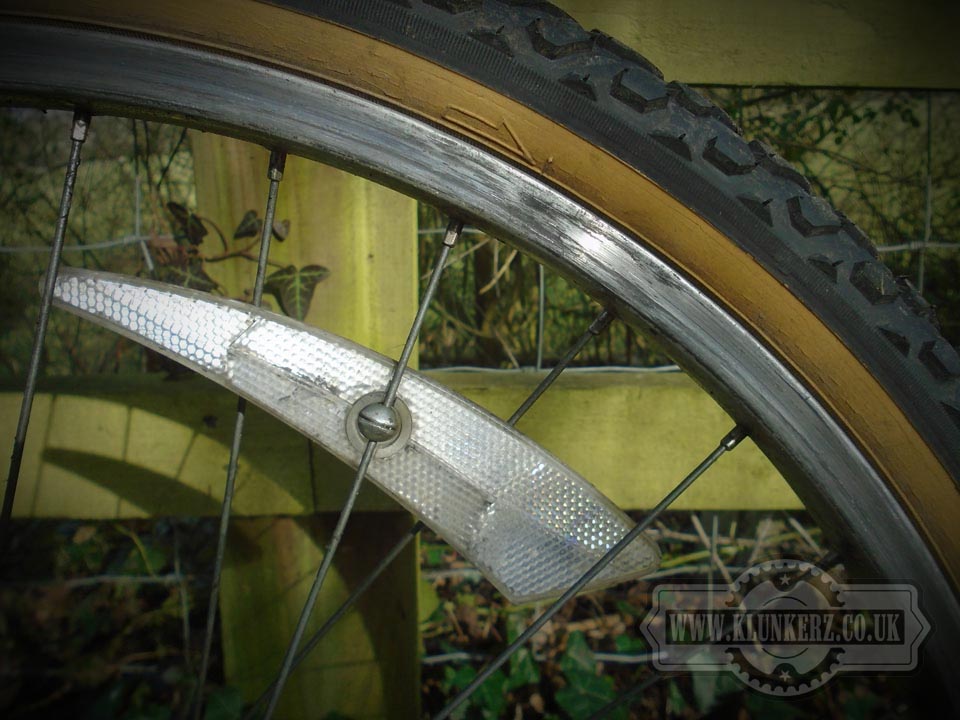 One of the other details that I do like is things like these comet style reflectors. I remember back in the eighties pretty much all Raleigh bikes had these. I expect that some other manufacturers used them too, but I seem to just remember them on Raligh bikes. I always liked them, and infact way back in episode 7 when I found that abandonned Raleigh ladies racing bike I took the reflectors off that to fit to something at a later date. It may well be time to dig them out, and fit them to the Univega! 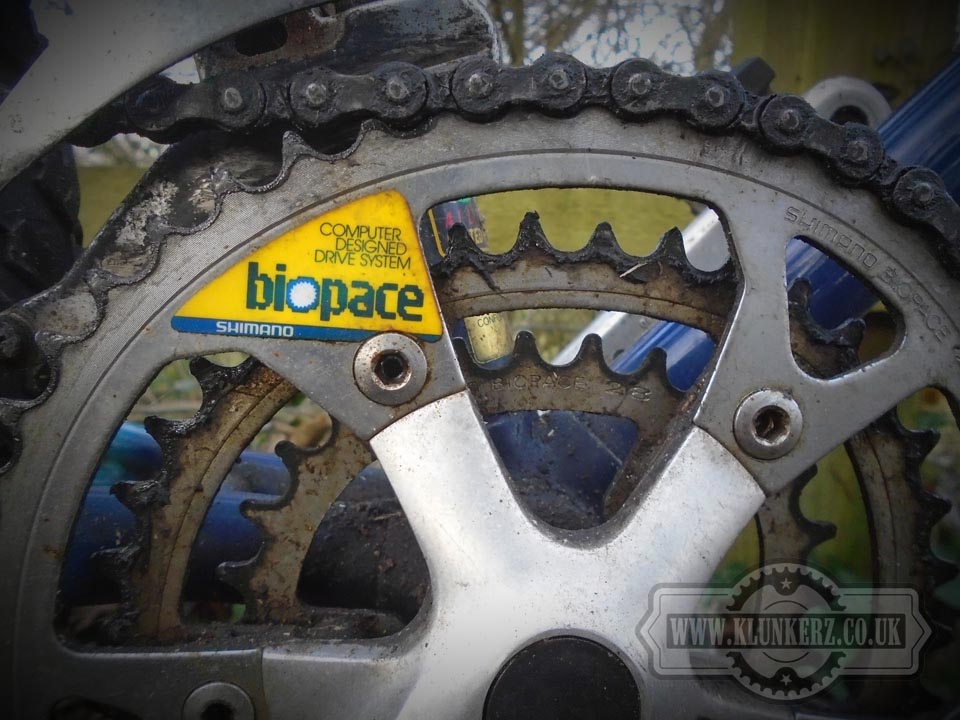 Another pleasant surprise is that it already has one of those Biopace cranks fitted. Like I've said before I'm realy not sire if they do any good, and infact I've heard people say that they actually damge your knees, but I'm not sure if that's true, but I do like them. So for me, the Cajun is a good find, and a good swap, I must admit I have wondered who now has my Diamond Back, and how it's working out for them, but I guess thats something I'll never know, but I wish them luck with it, and actually I would quite like to see them out on it at some point! As for the Cajun... 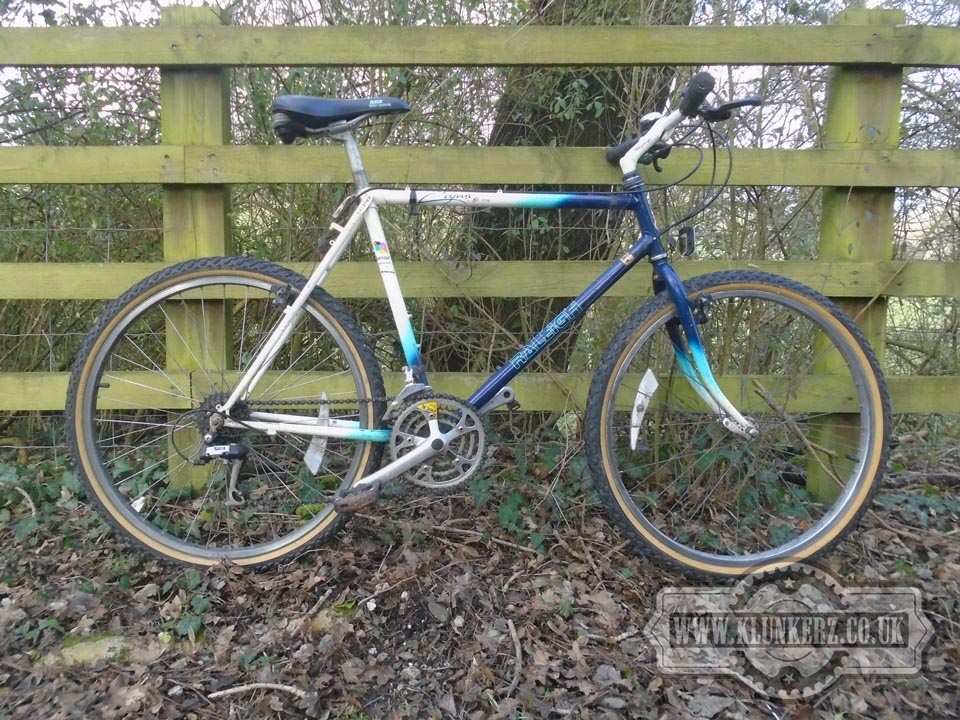 Well, it's pretty good, I do like it alot, but I'm not sure that it's a keeper, and I'm not riding it all the time, to be honest the Univega is getting a lot of riding just lately! But I will say this for the Cajun, I have now broken into the forty minute  time frame for my forty mintue cycle route. This is quite an improvement from my first time of the year in which my forty minute ride actually took nearly an hour. Better yet, I have set my best time of the year on the Cajun, just over 42 minutes! This puts me more or less where I was before taking my long Christmas break from cycling. At some point I should probably take the Real Easy out for a spin as thats the bike I set my original time on this year, just to compare to how I have improved. Make no mistake, I'm never going to pose much of a threat to the lycra clad brigade with my speed, but I've been keeping up with a couple of them just lately... Well, on the downhill sections anyway!