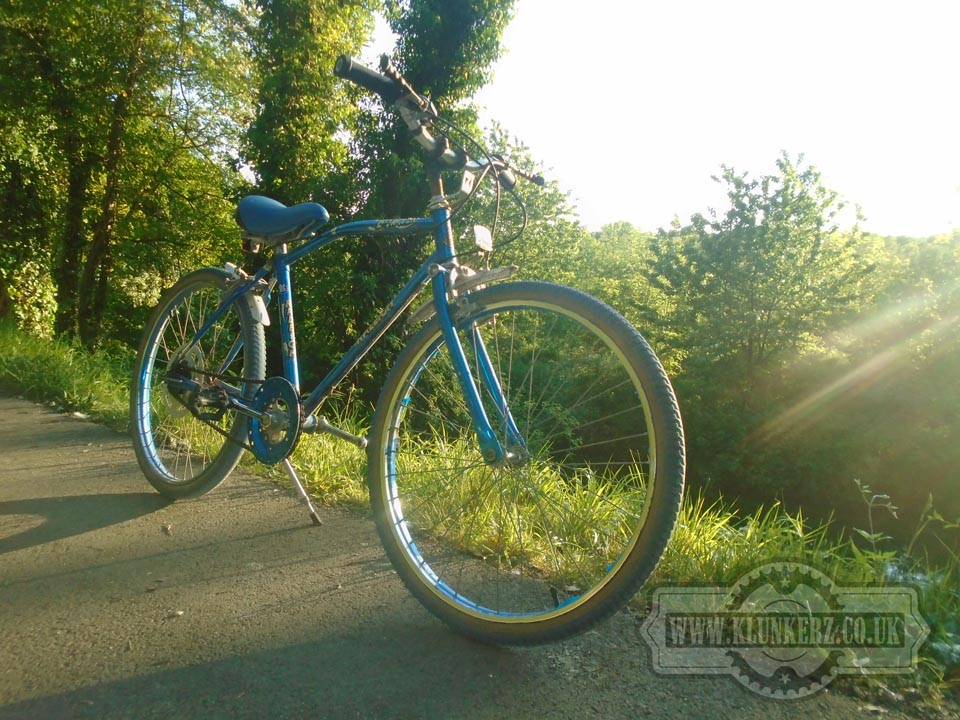 A Raleigh Bomber. I'd always wanted one, but when I was a kid I just couldn't afford one, and instead I had a knock-off, a Halfords Turbo. To be fair to the Halfords bike it wasn't bad, it was the same idea, just some how the Bomber was cooler. (I still have the Halfords Turbo frame in the loft, I may dig it out some day!)

Anyway, I saw this thing advertised maybe five years ago on ebay, there was a single, badly composed out of focus picture of it, and the description just read Bomber bike. That was it, nothing else! I enquired several times for more information, but never got a reply. In the end, despite it being over 120 miles away I just thought, sod it, I'll open the bidding! I bid £10 which was the opening bid, and I won it! I contacted the seller and he told me If I wanted it I could only pick it up on a certain day, at a certain time, and it had to be cash on collection. Well, for a tenner I made sure I was there! 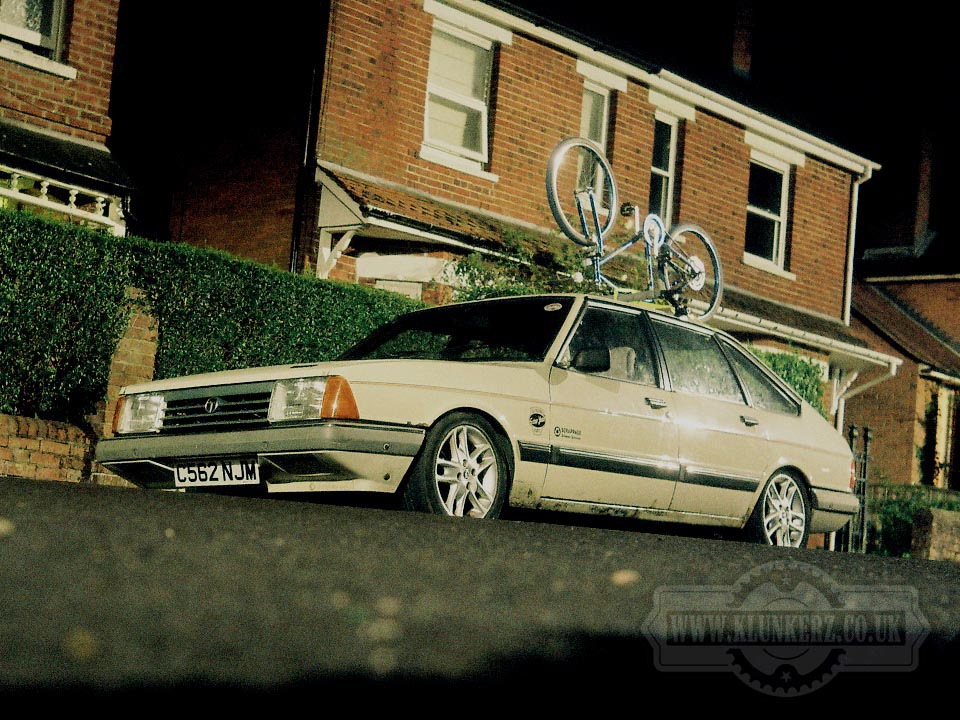 I drove down there in my Talbot Alpine and sure enough, when I got there the Bomber was outside the front door. There was a note attached to it that just read, put the money through the letterbox then FUNK OFF! Or something like that! Pleasant. Anyway, I put the tenner through the letterbox (I wish it was all in coins now!) Tied the Bomber to the roof off my Alpine, and set off back to BelongaClint! Sadly for me, when I got it I realised that it wasn't an adult Bomber, but a Bomber that would suit a young teenager, as it had a smaller frame, and 24" wheels. I desparately tried to ride it, but I looked ridiculous. My eldest Monster stepped up to the plate! Don't worry Dad, it won't go to waste, I'll ride it! She said as she hopped on and pedalled off down the road! DAMMIT!! I've still not owned a Bomber! 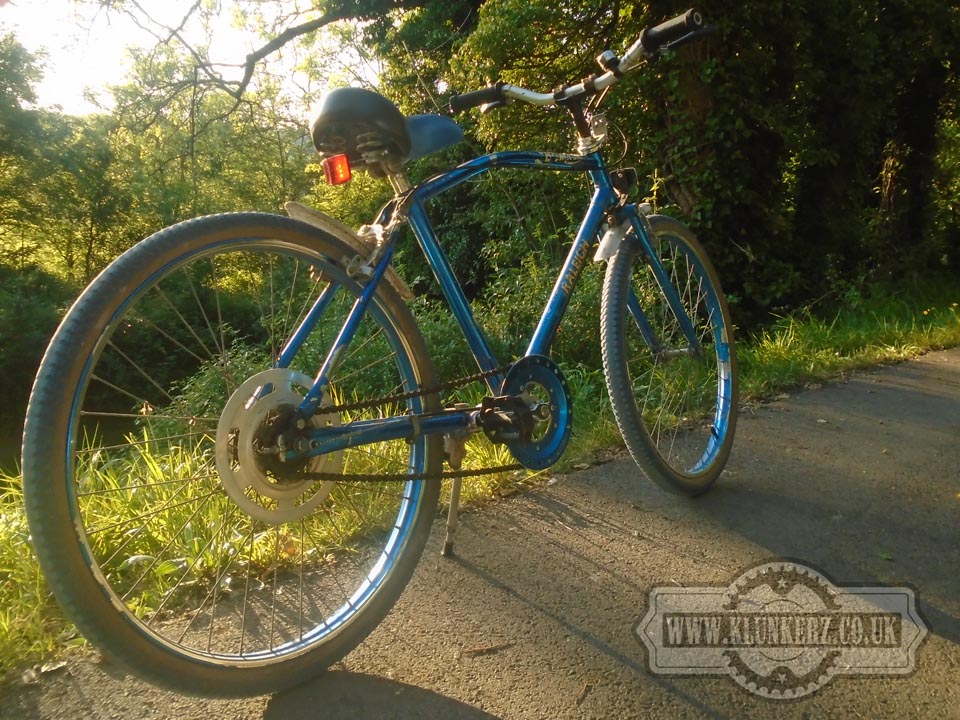 Well it served my biggest Monster well for a couple of years, but as children tend to do, before long she had out grown it!

Like all manner of stuff in our house, what was the biggest Monsters, often becomes my littlest Monsters at some point. Clothes are especially recycled in this manner, as are toys. By the time some clothes get to my littlest Monster they have been passed around a lot. Often starting at my Brothers eldest Daughter, then going to my eldest Daughter, then my Cousins Daughter, and finally to my youngest Daughter. To say that we like to get our moneys worth out of clothes is the understatement of the year. Infact, my youngest Daughter even has a T-shirt that was my brothers when he was eight years old in 1982!! Anyhoo, I feel I'm getting away from the point here, as this isn't a clothing blog!

So after my biggest Monster outgrew the Bomber I put it away, it didn't get passed to my Cousins Daughter as she already had a cool little beach cruiser type bike, so the Bomber just sat in my garage awaiting it's turn once again! Tonight was it's turn!

With last nights final ride on the Mustang done, tonight my littlest Monster said she was going to take the Bomber for a spin, she wasn't particularly thrilled with the idea, as I think she knows that once the Bomber is ridden there will be no going back to the Mustang. Much like once she had ridden the Mustang there was no going back to the PUKY. The Bomber was a little bit too big for her, so I dropped the seat down a little, and she was happier. Then we were off. 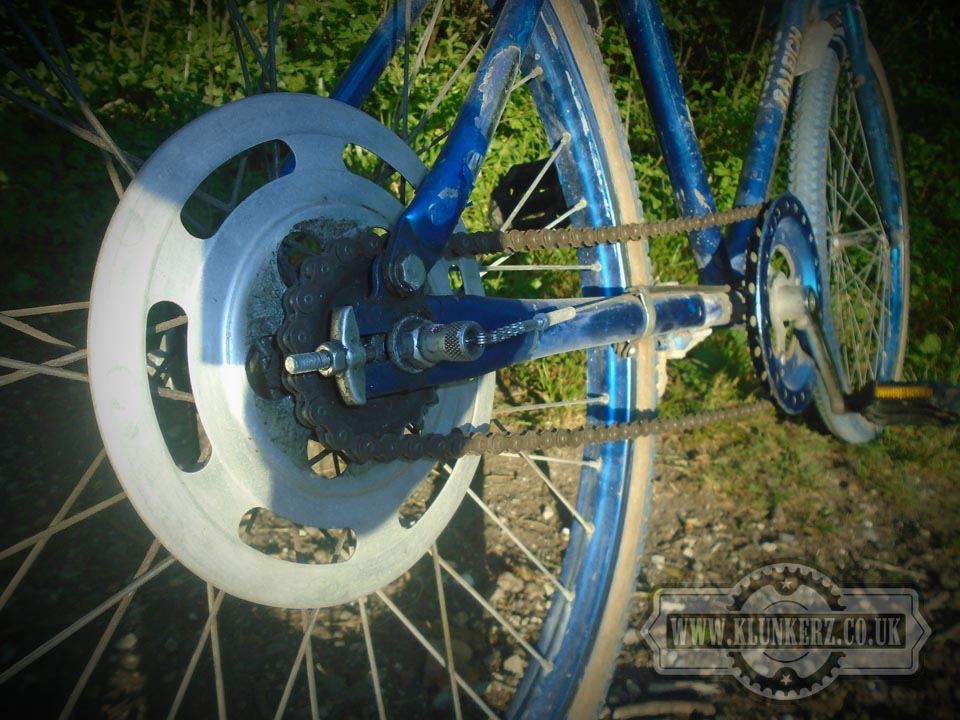 And up against the first hurdle. The gears! Now, she's had bikes that were single speed, a bike that had a coaster brake, and a bike that had derailleur gears, and she was getting the hang of them quite well. Unlike her older sister who still struggles with the concept a little. But never had she had a bike with a Sturmey Archer 3-speed hub! I tried to explain to her that unlike the derailleur where you have to keep pedalling to change gear, with the Sturmey Archer hub to change gear you need to coast, or even pedal backwards. For the first mile or so she moaned about how it wouldn't change gear, but after me riding alongside her telling her to coast, now change gear, now pedal again, she eventually got it! 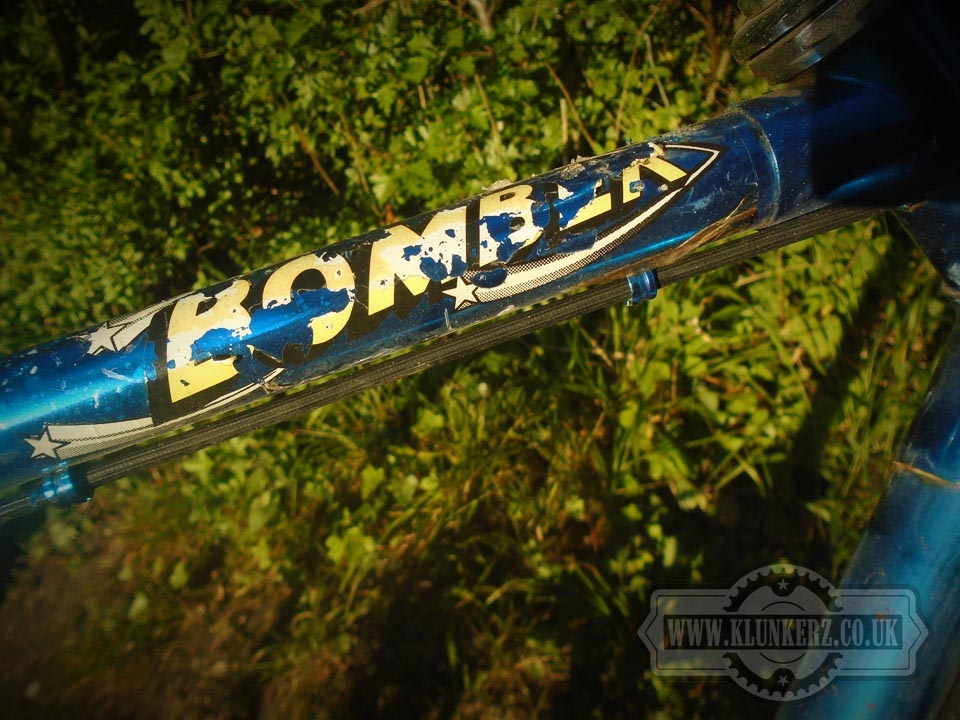 After we'd reached the furthest point on our ride, and were on the return run I asked her what she thought of it. She said she liked it, she said that she felt so much more comfortable on it than she did on her Mustang, but she still wants to build her own bike in the Summer holiday! Oh, and it has to have proper (derailleur) gears! Plus, she's not ready to give up the Huffy yet either! Then, as we rode along the cyclepath she said, "Fist bump!" I've been trying to get her to lift one hand off the handlebars for ages so that she could signal for a turn. But she wont do it, she said, just last night even, that she can't let go off the handlebars as she'll come off! Now, as we're riding along she's asking for a fist bump!? I looked down, expecting to see her fist on top of the grip waiting for me to lean down and bump it, but no! Not only was it not anywhere near the grip, it was right in the air! I didn't need to reach down or anything! I bumped her little fist, she put her hand back on the handlebars, changed gear, and pedalled away! 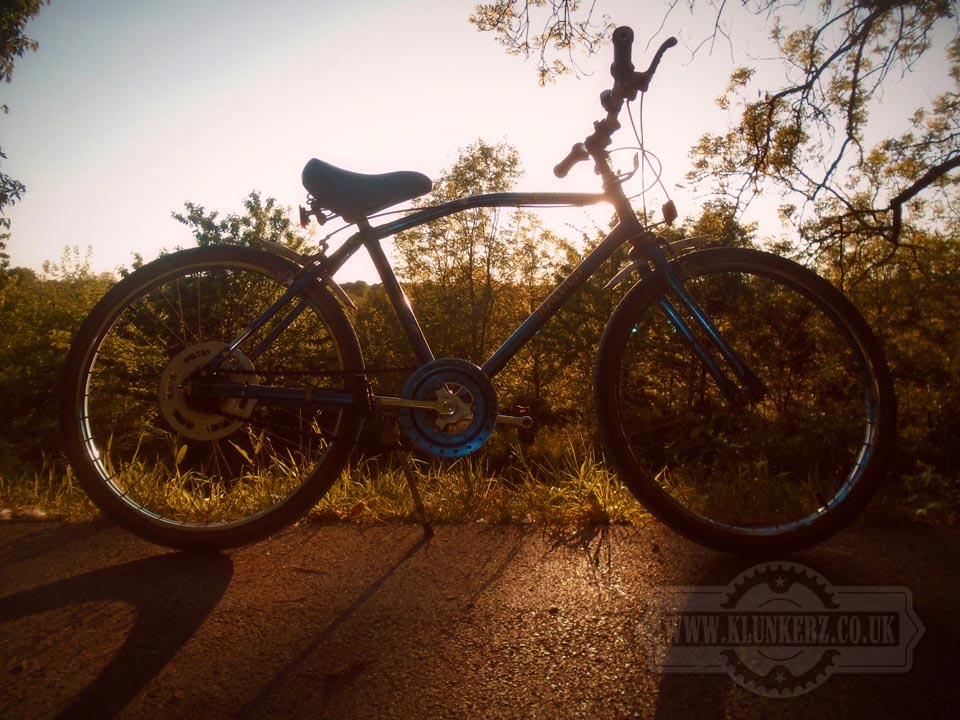 I think she likes this little Bomber!