May 26, 2019
As I'm sure you know by now, I like old bikes. I know that a lot of people think that old bikes, and old mountain bikes in particular are rubbish, but not to me, to me they are treasure. I don't know if it's because I grew up riding eighties/nineties mountain bikes, or that they just are better than the current bikes getting cranked out, but for me, I just prefer them. 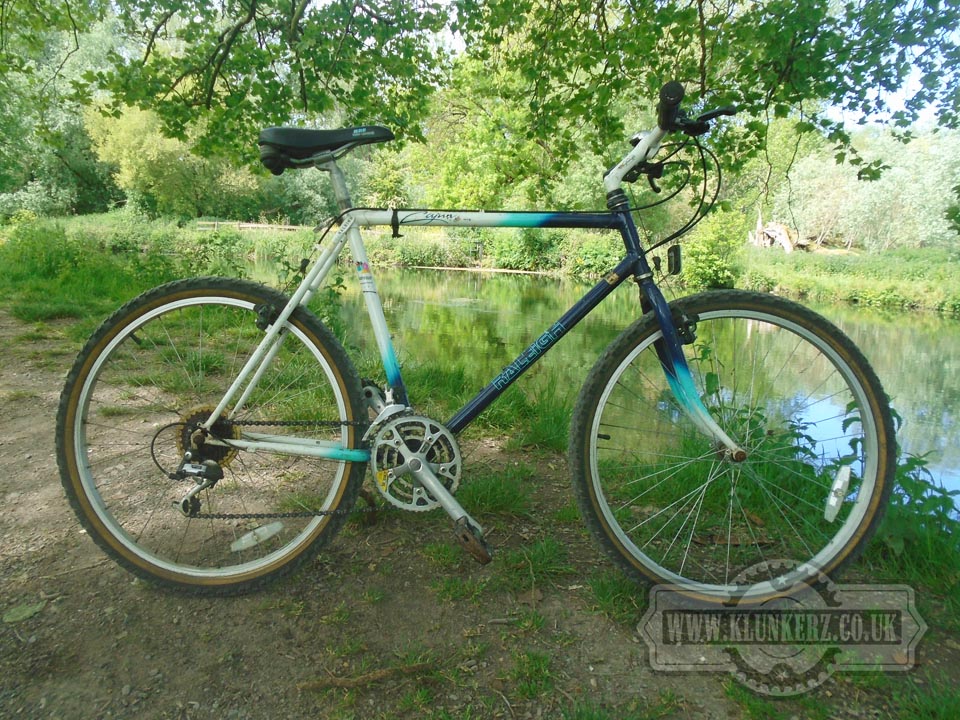 The cream of the crop for me are old Raleigh bikes, this is most likely because as a child I only ever had Raleigh bikes. My Dad thought Raleigh bikes were the best, and I still remember the tone of dissappointment in his voice when back in 1983 I had worked all the Summer holiday to raise some money to buy myself a new bike, and came home with a Puch! I do remember that he wasn't mad at me, but he did think I'd wasted my money by not buying a quality Raleigh bike. Incase you're wondering, the Puch is still going strong!

As you can probably imagine I've had loads of bikes over the years, and whenever I ride something other than a Raleigh, for example the Univega, you can see that my Dad does not hold that in as high regard as he would for a Raleigh bike. Having said all of that, I think that I do prefer Raleigh bikes, if I was compiling a list of my top ten favourite bikes of all time six of them would be Raleigh bikes. Incase you're interested none of them would be Diamond Backs! Which brings me to this Raleigh Cajun.

You may remember that this Raleigh Cajun was collected when I unceremoniously dumped the Diamond Back back at the tip, and pedalled out on this thing instead. I was at my wits end with the Diamond Back, and fed up with it, and this was an easy fix. I pedalled it out, and never looked back. Well, atleast not until I got home and decided that I was actually not done with the Diamond Back after all, and wanted it back again, but I was too late. Which, now that I think about it was probably for the best! So, since then my cycle rides have alternated between the Univega, and this Raleigh Cajun, and lately the Cajuns been ridden the most while I tweak the Univega a little bit. 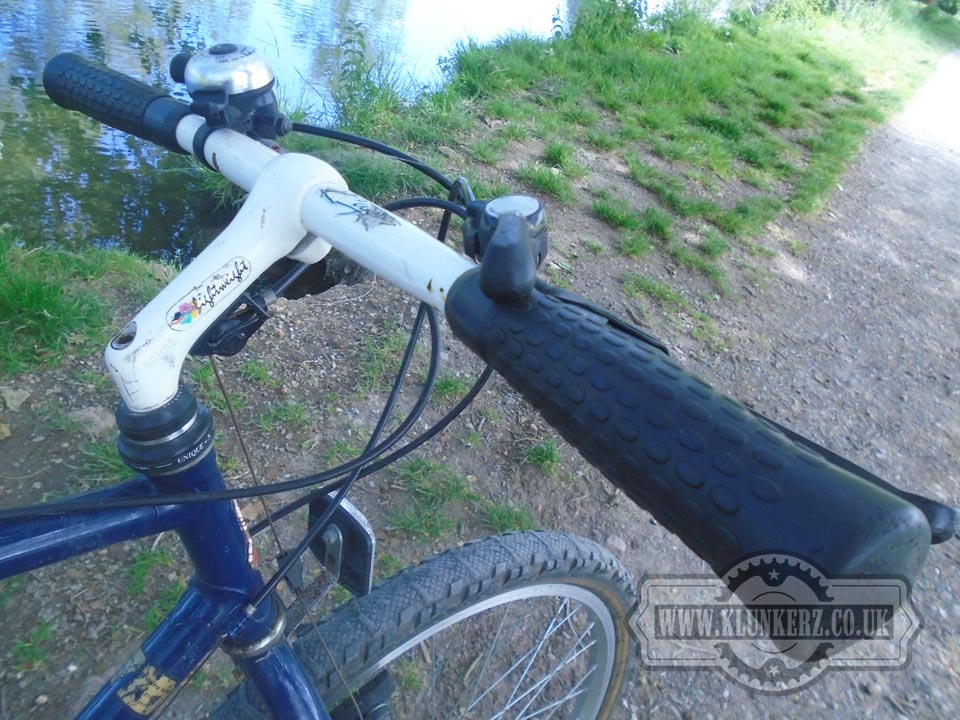 Thats not to say that the Cajun is perfect, it's not. One area that I think would benefit from change would be the handlebars and stem. For me, I used to quite like straight handlebars, but these days with my belly resting on my thighs as I ride along the straight bars are out of favour! I also find them to be a little low. I know that I could raise them up a fair bit, and indeed I have raised them up an inch, but an inch is not enough. However without putting new brake cables on it I can't raise it any further. I know I could, but as I plan to sell this at some point soon I don't want to spend too much time, money, and effort making improvements to this bike that may well only be improvements to me. Besides, like I say, it rides pretty good as it is, it just has a few little niggles that are particular to my personal taste, um, and belly size. 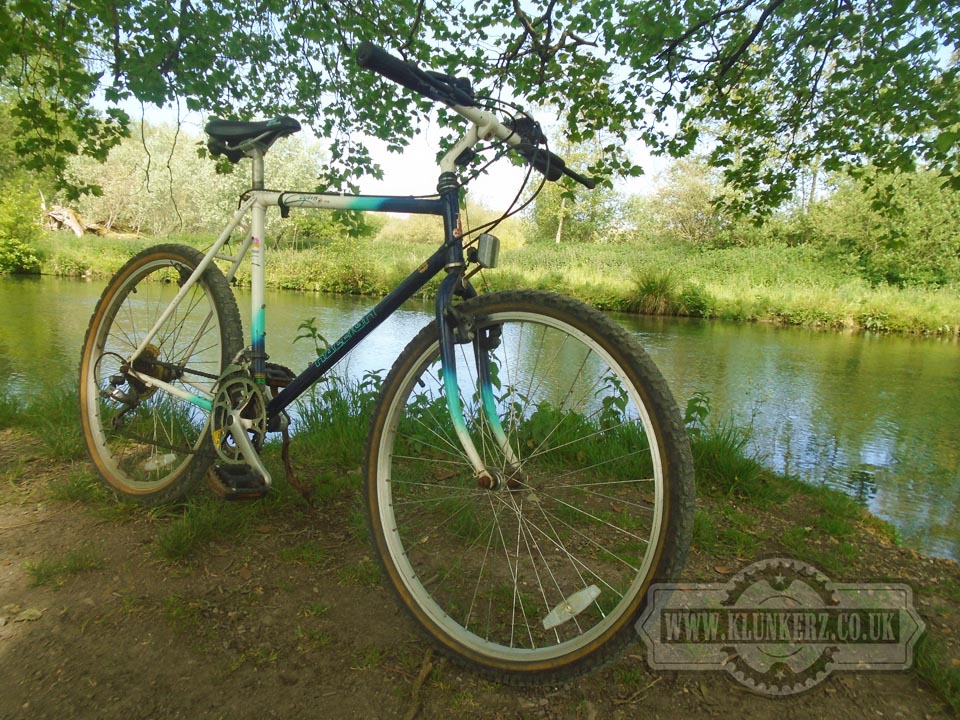 It does ride beautifully though, and I do find myself wondering how much of this is as it came out of the bike shop back in the eighties or whatever, and how much has it been modified by previous owners? My feeling is that it is indeed bone stock, as it came from the Raleigh factory, and as such I wonder why it seems to ride so much better than another manufacturers bicycle. I don't want to compare it to the Diamond Back because by the time I was riding that it was far from stock, and so some of the problems that the Diamond Back had may well have been created when I built it. But just lately I got my hands on a Peugeot Explorer of about the same vintage as the Cajun. I was pretty pleased with my find, and it was a very similar machine to the Cajun in many ways. It was the same age, same size, same amount of gears, and even in about the same condition. But guess what? It wasn't as nice to ride. It was a little bit heavier than the Cajun, but thats OK because I don't mind that as long as it's not ridiculously heavy. But for some reason it didn't ride that nicely at all. I have wondered how much of this is down to Raleigh using that Reynolds 531 tubing. I remember thinking that I doubt that it was anything special as I remembered that most Raleigh bikes of the era were made from the stuff. I also wondered if Raleigh only used it because of the willingness of Reynolds to make special tubes for them. But it is odd that a similar bike that was just made from regular steel tube rides so much differently. 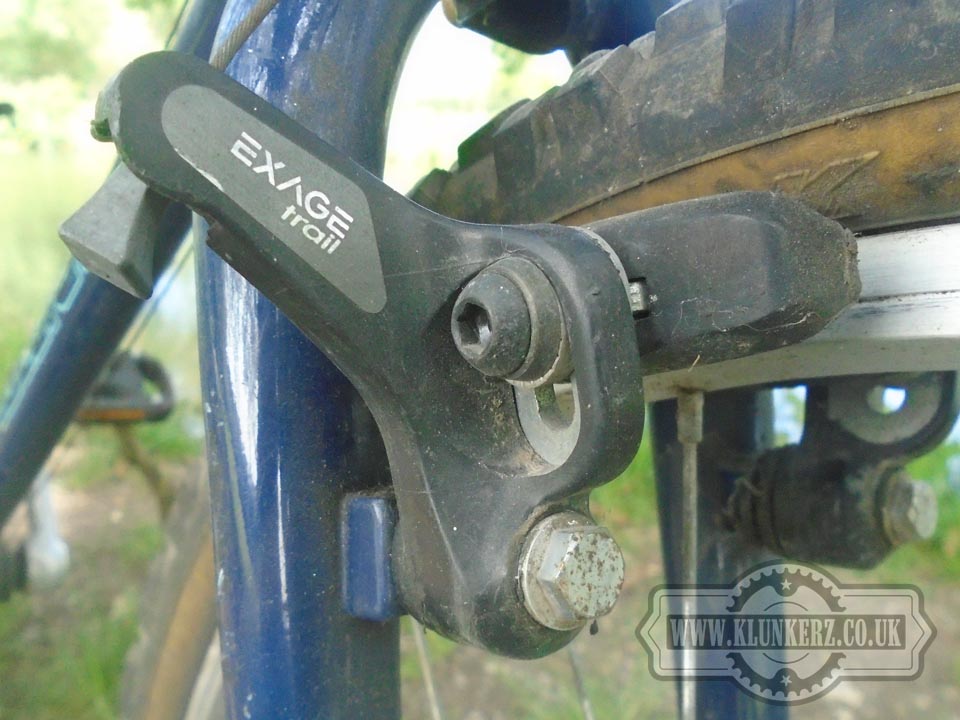 I guess that some of that might come down to Raleigh using better components as much as anything. I mean the Peugeot had a similar brake set up, but they were just pressed out of a flat peice of thick steel plate, so although they were functional, they were not exactly pleasing to the eye. The story was the same throughout the two bikes, where the Raleigh bike had fairly decent, and qualty looking components, the Peugeot was the exact opposite, using what looked like the cheapest to be found. I mean, don't get me wrong, the Peugeot was OK to ride, it's just it wasn't as nice to ride as this Raleigh. (Still probably a bit better than the Diamond Back though!) 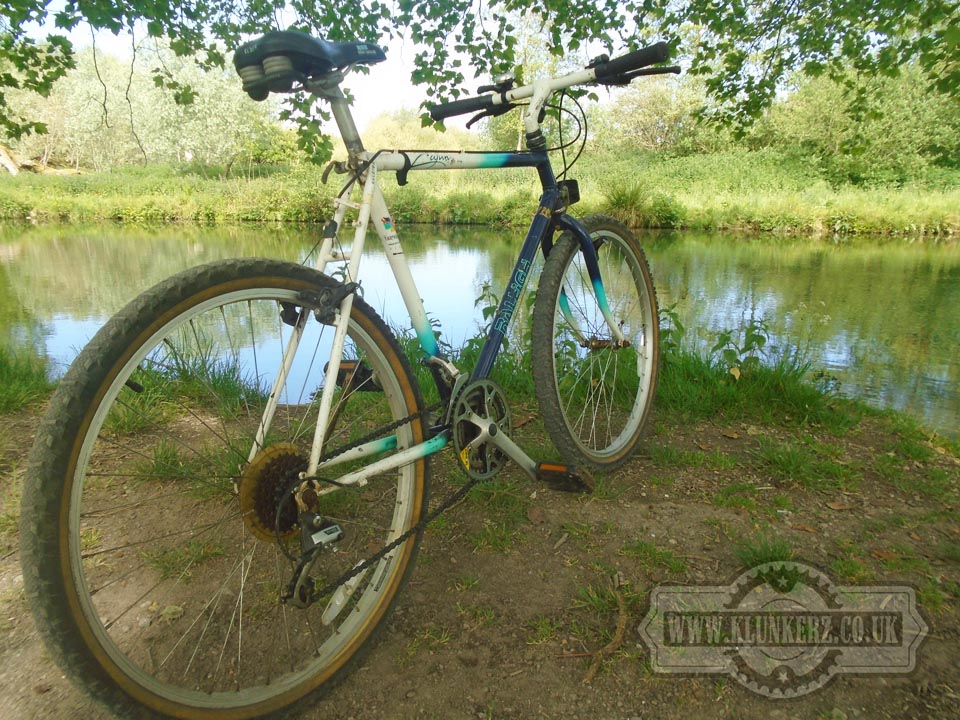 Unsurprisingly, with this Raleigh in my stable the Peugeot found a new home after just a couple of rides. I guess that if I was truthful to myself the Raleigh also rides better than the Univega, which was also riddled with components from the budget end of the market. But as thats been slowly tweaked as I've been using it, it does now ride very nicely. Although, again possibly not quite as nicely as the Raleigh. But if I could only keep one, oddly I would choose the Univega. Why? Because it's not bad at all to ride, it's nearly as nice as the Raleigh, but it's just a bit more unique, and the Univega has a larger frame. To be honest, if the Raleigh had as big a frame as the Univega, I'm pretty sure that the Raleigh would then be the bike I kept. 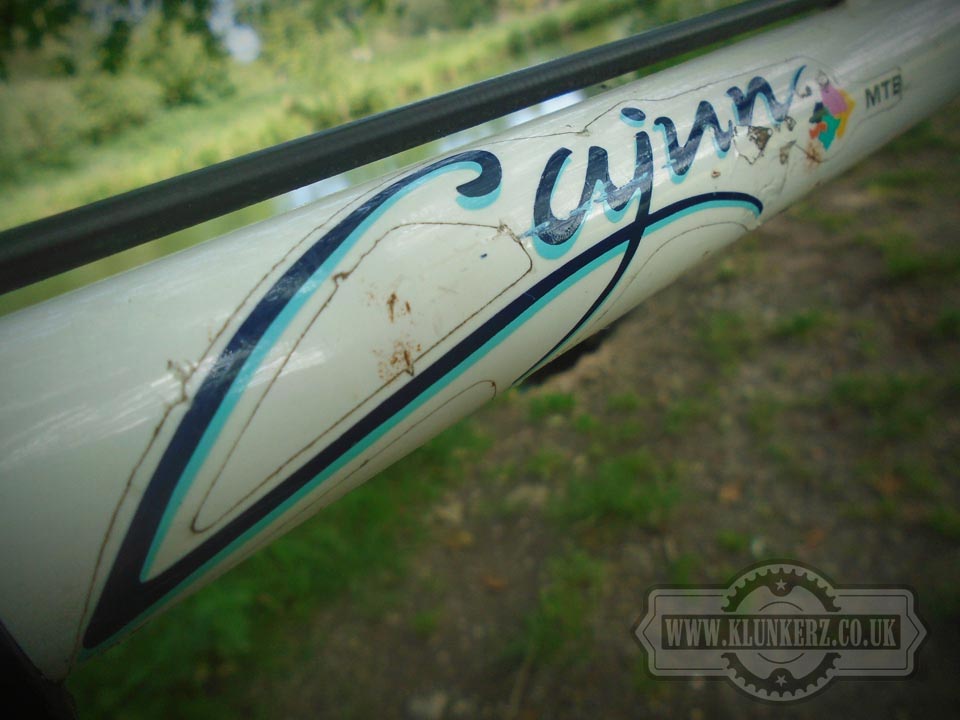 I think that perhaps I should keep an eye out for a big framed Raleigh of the late eighties or early nineties. I've had them in the past, but always discard them because something else shows up that takes my fancy. But until then I have to say that I'm pretty happy to have this in my collection, although the Univega is going nowhere soon either!