June 13, 2019
Well I'll be honest, I wasn't looking for this bike, but then, to be fair there are very few bikes that I do go looking for (I am still looking for that Kalkhoff though!) But with time against me, I had to do something, and stopping by the tip and swapping the Raleigh Cajun for this Norco Katmandu was that thing! 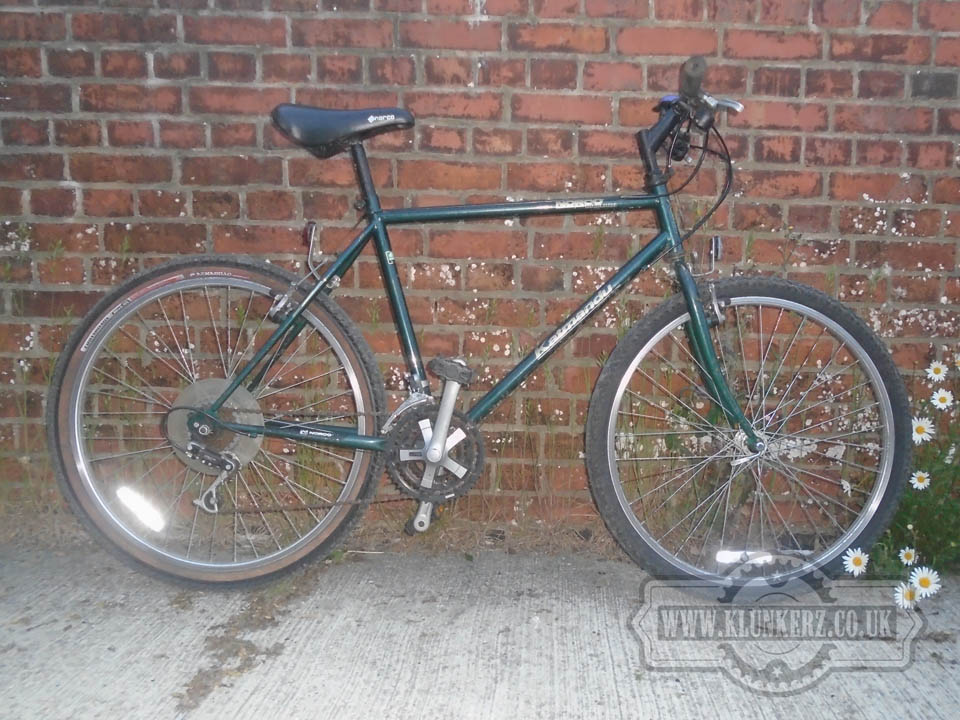 I don't know why, of if all tips are like this, but we seem to get a very eclectic mix of bikes at my local tip. The bikes we seem to get come from all over. Obviously we get a good selection of Raleighs, Dawes, Carrera, Apollo, Emmelle, and other popular brand bikes. But then we get a fair selection of Huffys, Diamond Backs, Muddy Foxs, and so on too. Then, on top of that we get the bikes that I've never heard of before, Stuff like the Venture Land Rider, Univega Rover, Freespirit Sacremento, and now the Norco Katmandu! Who the heck are they? 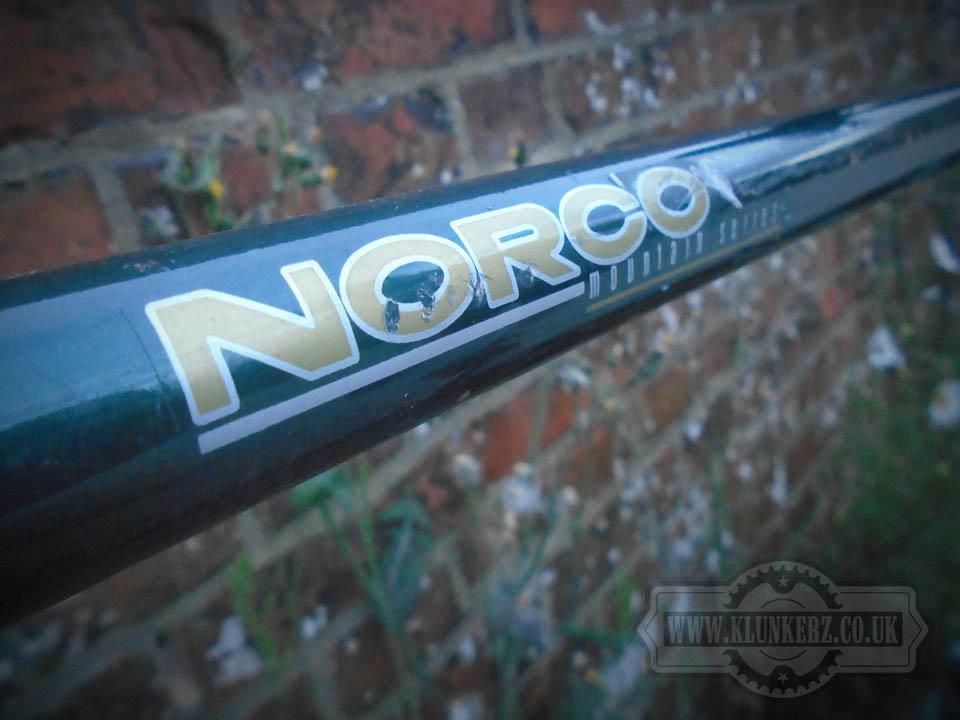 A quick search of the internet brought me very few answers, but I did get that Norco Bicycles is a bicycle manufacturer which was founded in 1964 and based in Canada. The company was founded by a fella called Bert Lewis and initially operated from a converted chicken coop, which must've been nice when it was warm. Norco was one of the first manufacturers of ten-speed bicycles, and helped popularize BMX cycling. By 2014 the company line consisted of over 125 models that are sold worldwide. But, much like a lot of the exotic bikes I collect from the tip, I'd never heard of them. 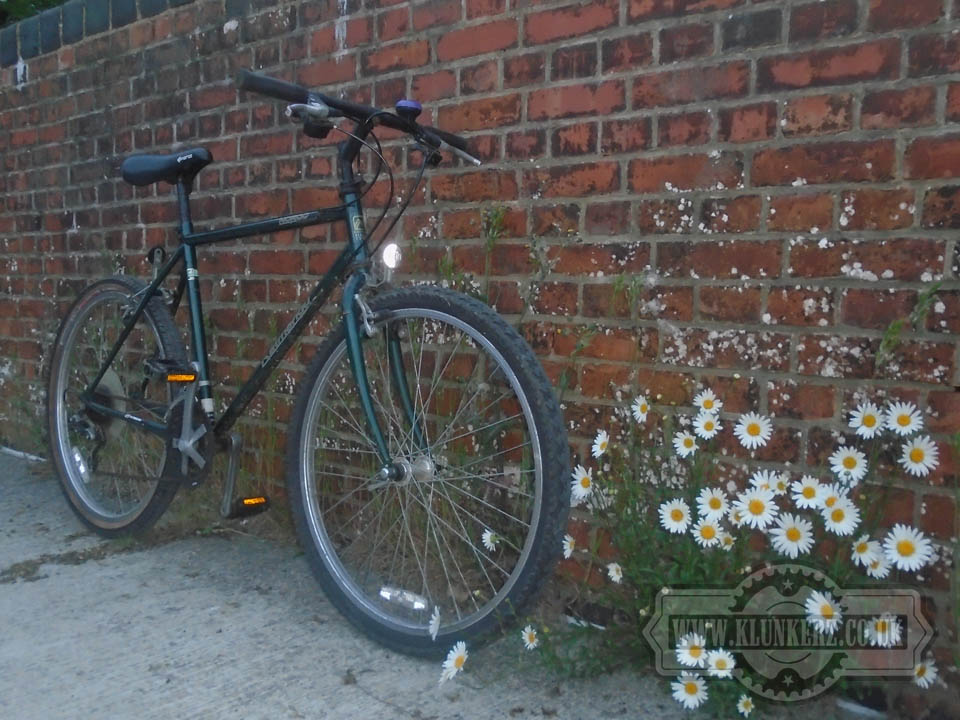 So whats it like? Well riding home from the tip on it this morning I can tell you that it's about a hundred times better than pushing a Raleigh Cajun with a flat tyre! I know how much I harp on about how good I think Raleigh bikes of the eighties are, but no matter what they're like, pushing a good bike is never as good as riding an average one. There's only so much pushing fun you can have.

This bike feels to me like it was built in the late eighties to early nineties, it has that classic Mountain bike look about it, and actually, it rides pretty good. It's not particularly light, but as I'm sure you know that suits me fine, it feels solid, is quite comfortable, and rides really quite well. 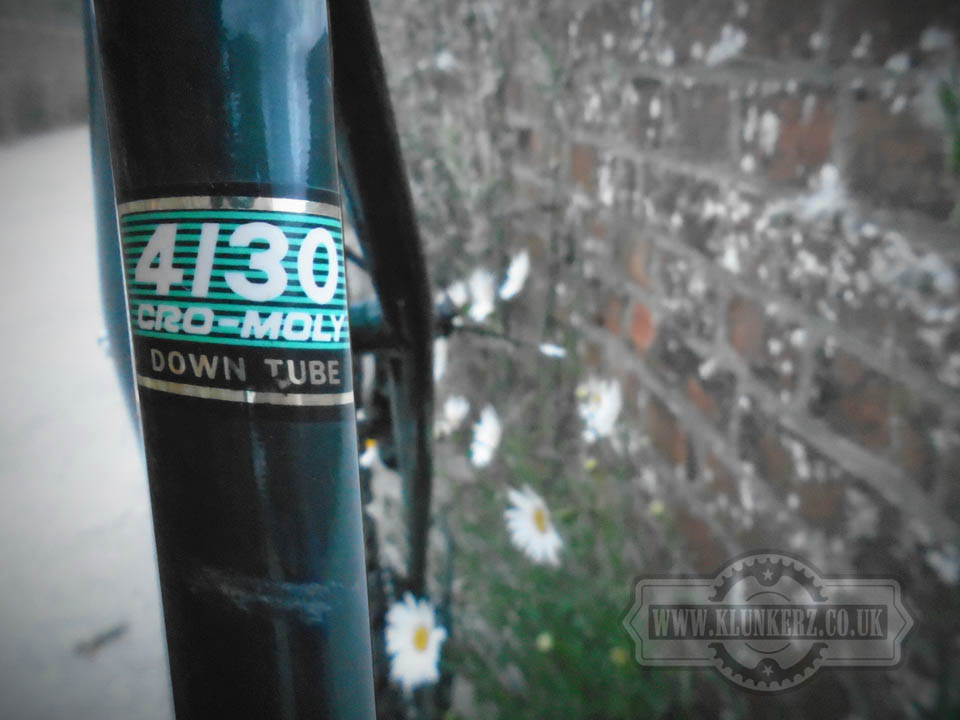 It's made from 4130 Cro-Moly, but what exactly does “4130 Cro-Moly” mean? I've no idea, but according to t'internet, 4130 Chromoly is one of those things that most BMXers are familiar with because, a good portion of their bikes are made from this material. The number was assigned by the American Iron & Steel Institute and has a scientific meaning. 4130 chromoly is an alloy steel that is made up of two parts, chromium and molybdenum. The number 41 indicates a low alloy steel that contains these two materials. The 30 indicates that the material has a carbon content of 0.3%. So in long form, 4130 means an alloy steel with chromium and molybdenum that has a carbon content of 0.3%. This, by all accounts will give the frame give greater strength and resistance to corrosion. Will I ever notice any benefit to this fancy metal? Do I ever? Umm, No! But perhaps someone somewhere will notice the difference between riding this bike, and one made from regular old steel, but it won't be me. I've always felt that when manufactures stick a little sticker on the frame announcing something like “4130 Cro-Moly, the only real good it does is help the sales figures of the bike. It's made from 4130 Cro-Moly, it says so on that sticker so it must be special! 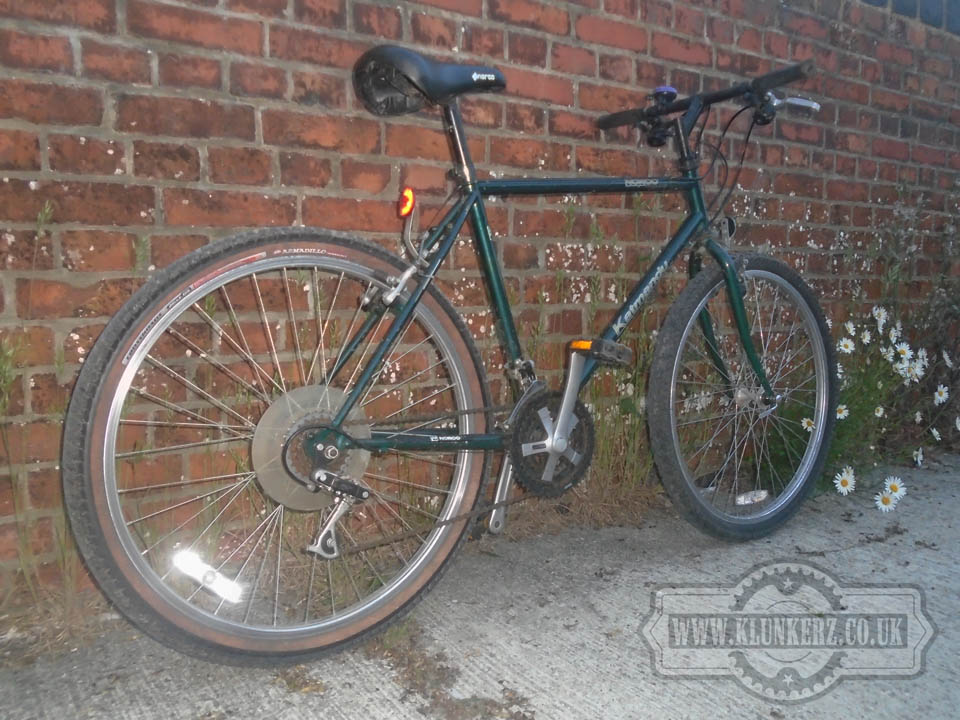 But tonight as I chased my two little monsters along the cycle path I thought that I quite liked it, it rides well. It's not perfect of course, for one thing the brake levers are the wrong way around, and the other little niggle is that it doesn't have matching tyres. I don't know why this is a problem for me, normally that wouldn't worry me at all, but for some reason I feel that it needs to have a pair of matching tyres. I can only imagine this is because this is already starting to feel a bit special, or a bit interesting to me, and so is probaby going to stay in my collection for a little while yet. But only time will tell, however at this point in time I would expect to see further updates as I continue to ride it, and hopefully enjoy it. But first, I've got to go and get my Raleigh Cajun back!