September 25, 2019
RAIN!! Dammit, I realise that Summer is in it's final throws, but after only a couple of days of rain its fair to say that I am already fed up with it. To be honest I've struggled to go out these last couple of days or so. This is mainly because as I'm not working at the moment, I'm not having to go anywhere, and as I don't have to go anywhere its far easier to sit on my lazy ass at home, looking out the window, and whinging about the weather...

This time last year I was at the top of this slippery slope, and here I am again. Only this time I'm determined not to stop riding for a couple of months. I can feel it creeping in though, I don't want to go out, I want to just hibernate, but I must fight that urge. Believe it or not, Mince Pie season is already upon us! I've already seen them in the shops, and this combined with inactivity will do nothing for my weight problem. A problem that despite a fair bit of activivty this year, has not changed at all. To that end I decided to take my man pills, and get out there and remind myself just how much fun riding in the rain can be! 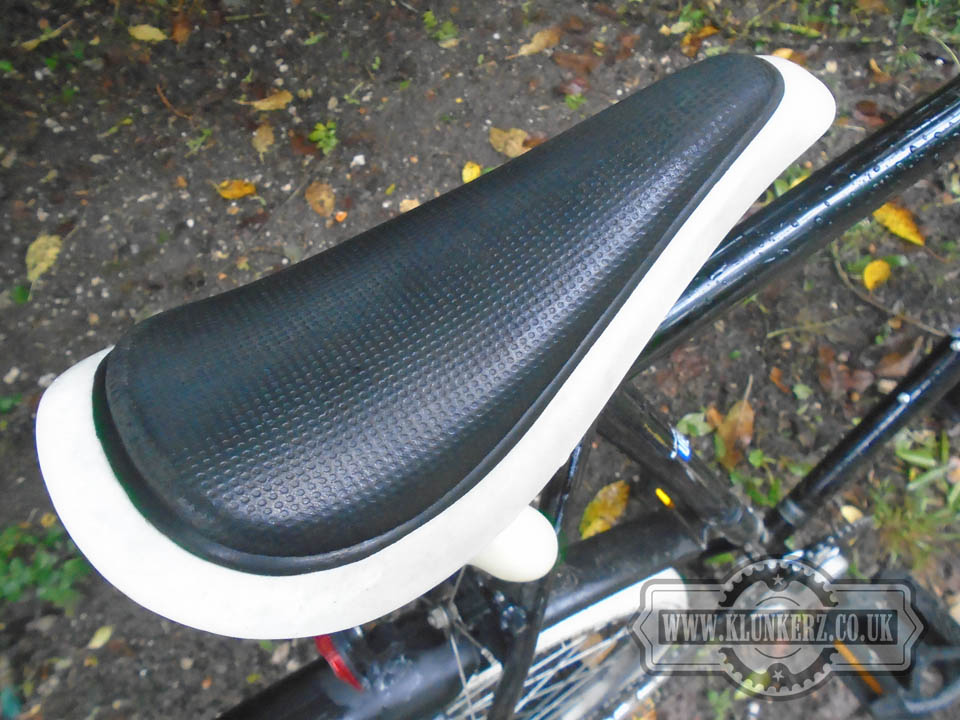 One thing I will say is that I have been planning on swapping this saddle, however, the only benefit I can see to having this saddle (apart from it looks cool on this bike) Is that being made from hard plastic and high density foam it doesn't absorb water. Therefore, if it's been raining, and I get on it, I don't then get a wet bum! Ofcourse if it's raining anyway, I get soaked to the skin, so a wet bum would be the least of my concerns, but there you go. The other thing about it is that although if I don't ride this bike for a while I do find the saddle to be brutally hard when I start to ride it again. After a little while I'm used to it, and it becomes, well, not comfortable, but easier to tolerate. At this point in time I'm wondering why I'd want to change it, but then, at this point in time I've only ridden this for a couple of weeks, so my bums got used to it again. So on with the ride! 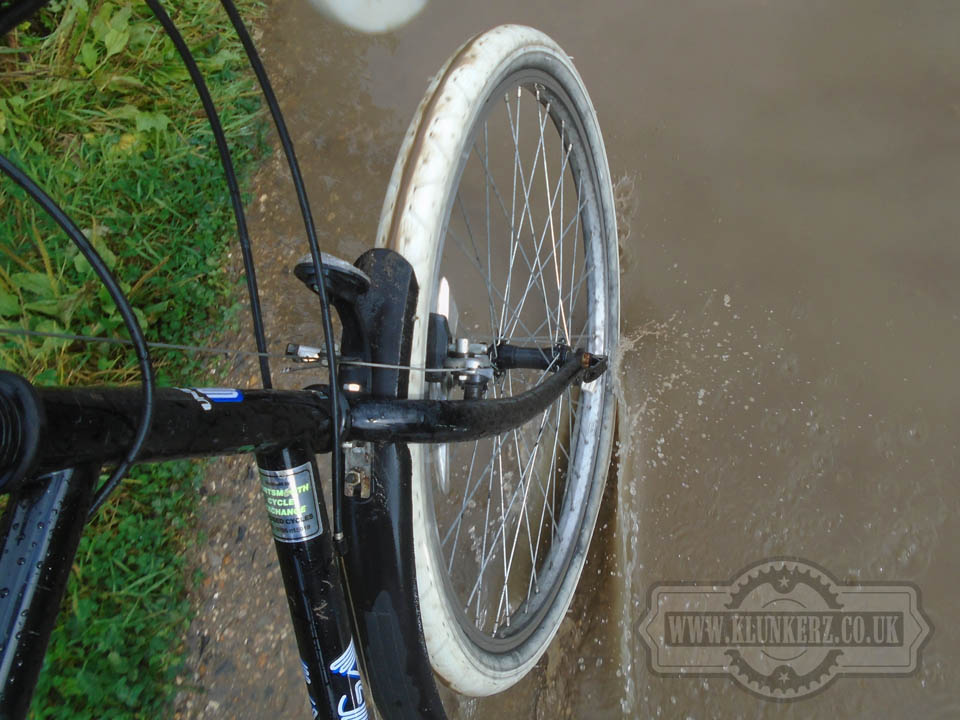 I used to love riding through, and splashing in puddles when I was a kid, but for some reason or another, that simple joy seems to have been stolen from me in my adult life. I'm guessing it's probably because I'm the one who buys my clothes now, and I'm the one who washes them when they're muddy and wet! Its a pity really, because there was plenty of standing water to be found out on the path this morning, and even though I have mudgaurds fitted, I was still getting pretty muddy. Although, to be fair the rain was doing a pretty good job of washing it straight back off me again! 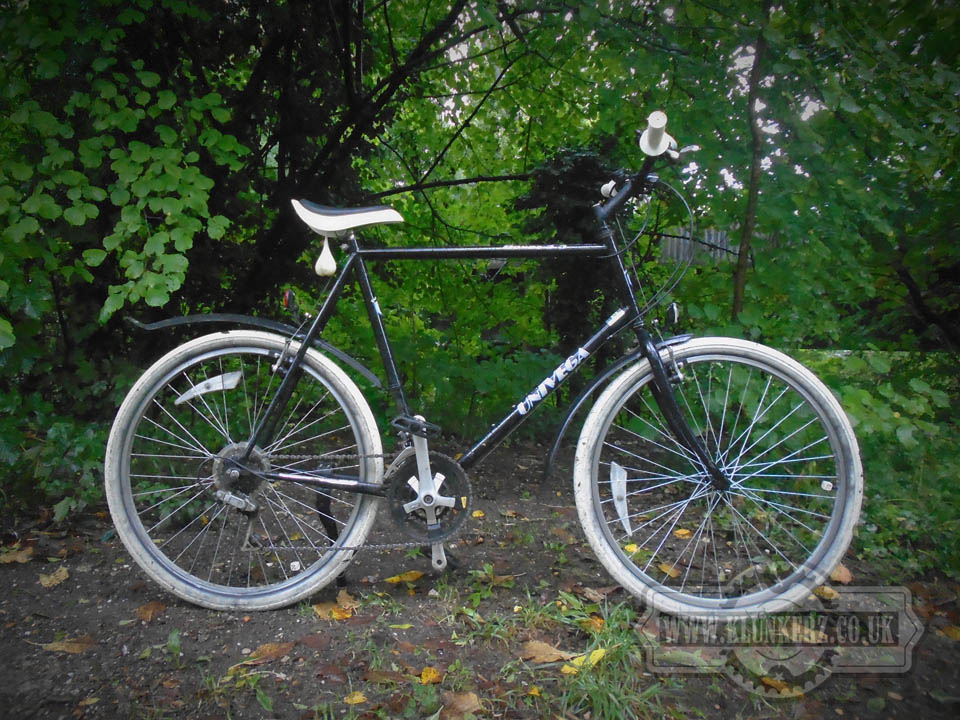 As I rode along I found myself wondering if indeed there are any benefits from riding in the rain at all? I've got to say that it was a struggle finding anything, but I got something... Eventually!

Firstly, there were no hideous little flying insects in the air waiting to get into my eyes, nose, or mouth, so that was a bonus! Seccondly, I can't say that I was getting too hot while I was riding along. Lastly, It was pretty qiuet on the path, I almost had the place to myself. Infact I only saw three other people on my ride this morning, and one of them was definately wetter than me! 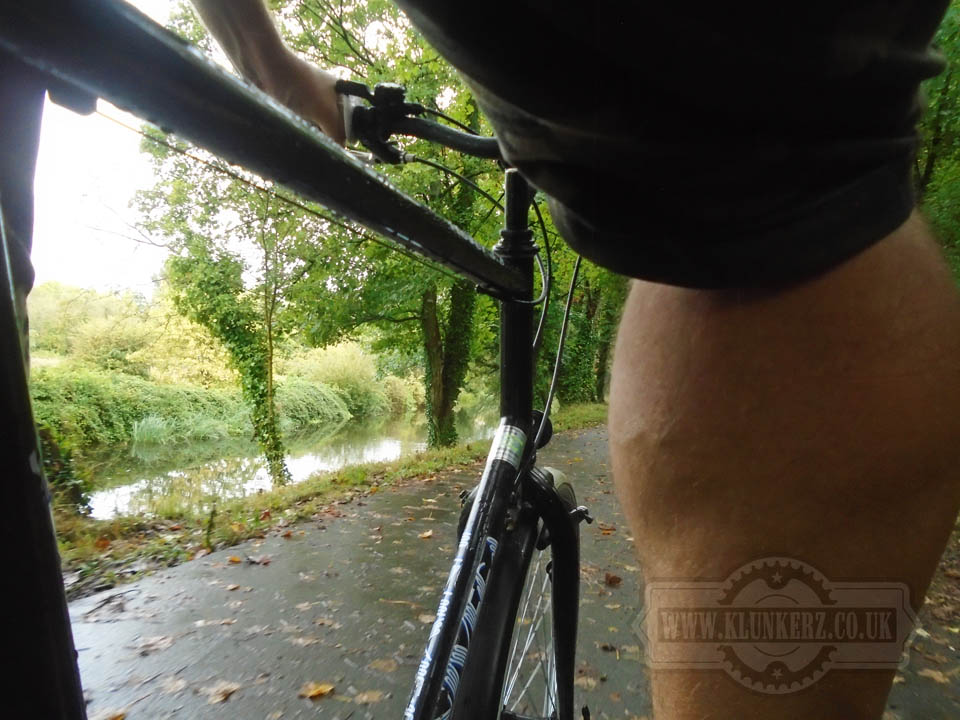 While I was riding along I noticed a woman walking towards me deeply immersed with whatever she was looking at on her phone. I can never understand this, you're out for a walk, in a fairly pretty part of town, but instead of taking in the scenery, you're glued to your phone. I see these people walking along this little route through the countryside often, and they're always glued to their phones. I just don't get it, even if you're not that interested in whats going on around you as you walk along, at the very least you should be scanning the path for dog-doo-doo! But like so many others I see, this young woman had far more interesting things going on on her phone than were going on around her... Briefly! I say briefly because as she approached me, completely oblivious to what was going on around her she stepped off the river bank, and into the river, dropping her phone in the process! The river was deep where she fell in, and she was short, so at a guess I would say the water was up to the bottom of her chest, sadly she was wearing a coat, and not a white T-shirt like she should've been wearing! Anyhoo, I stopped to see if I could help, but she was splashing around looking for her phone. She didn't want my help in getting out, but she did want my help to find her phone. The river was muddy, and she was stirring it up a fair bit, and so after a couple of minutes I said that I doubted that it would work anyway, and there was no real point in looking for it now. But the young lady was determind, and so after another quick look, I wished her luck, and cycled away. My guess is that the phone didn't float, and was probably under the silt at the bottom of the river. I'm no phone expert, being a lover of the most basic cheapest phones that money can buy. But I seriously doubt that phone would ever go again, but I wondered if perhaps you would still be able to get anything that was stored on the phones memory off it? I don't know. What I do know however is that I wanted to feel sorry for this young woman, I mean, it's not nice falling in the river. But the truth is that I didn't feel sorry for her at all. If she'd have been paying attention to what she was doing then she wouldn't have fallen into the river, she wouldn't have lost her phone, and that phone wouldn't be polluting the water table. I do hope that she got out, and got home safely though, with, or without her phone. 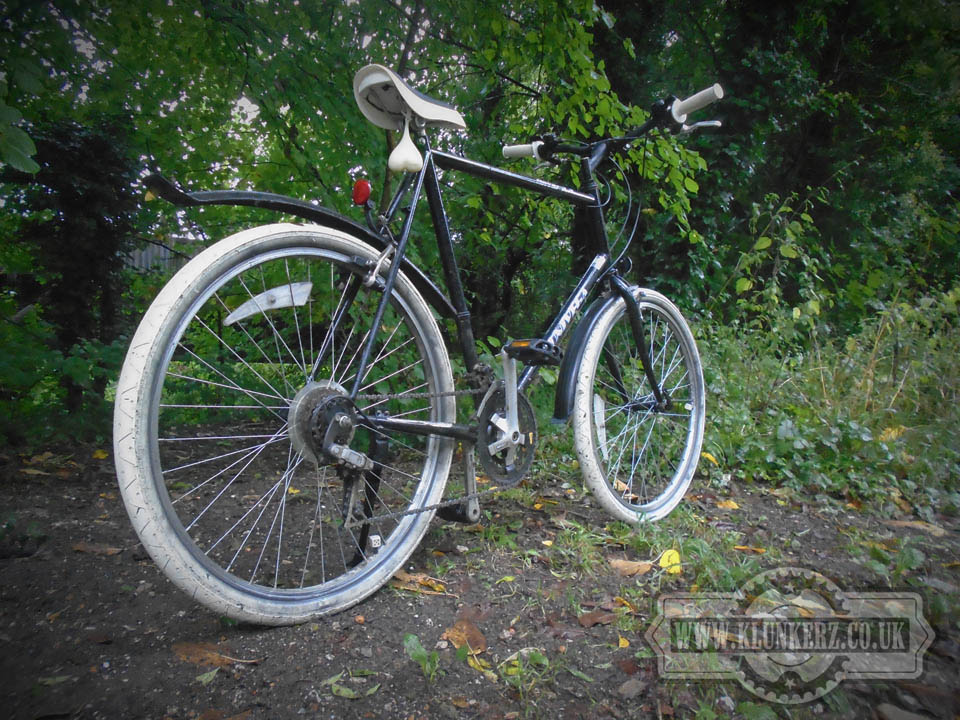 By the time I arrived back at BelongaClint despite being soaked to the skin, and cold, I was still chuckling to myself about the young lady falling in the river, and I have to say that actually, I was glad I went out on my bike today. Not just because I got to watch someone falling in the river, as funny as that was. But because I actually felt better for just getting out there I think. After a quick shower to wash off the remainder of the mud that the rain hadn't already washed away, I sat down for a nice cup of tea and... 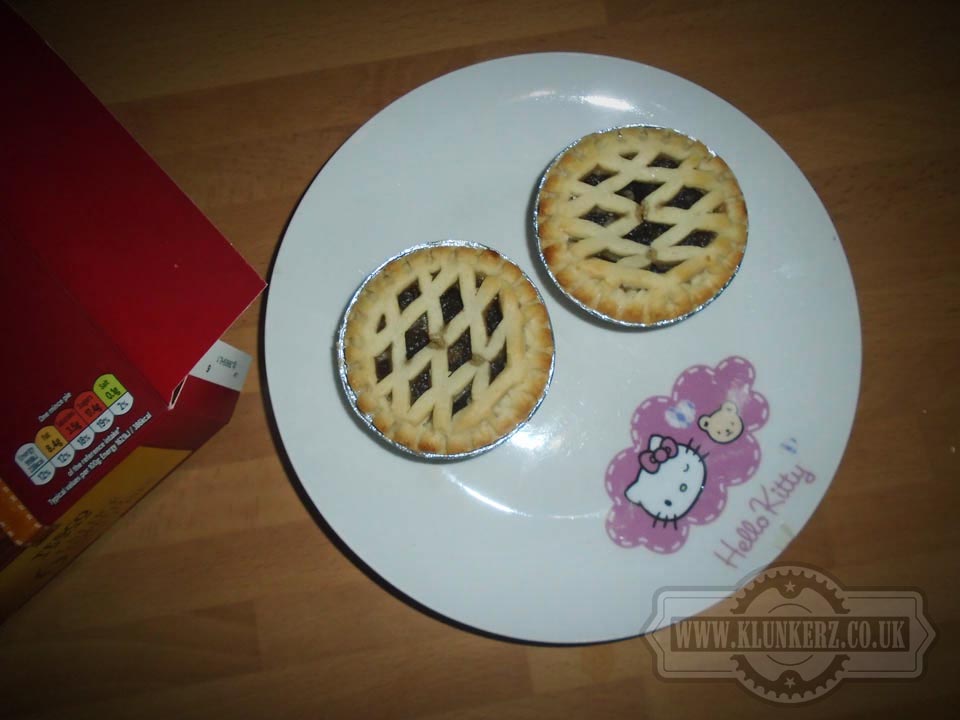 A couple of Mince Pies!! Well, 'tiz the season and all that. But I guess that's any hopes for any weight loss dashed for this year! Now that Mince Pie season is on us again I'm going to have to be keen to go out on my bike no matter what the weather is. I might draw the line if we get a blizzard though, but we'll burn that bridge when we get to it!