September 29, 2019
Well this is probably junk! Atleast, thats what I thought when I first laid eyes on it. 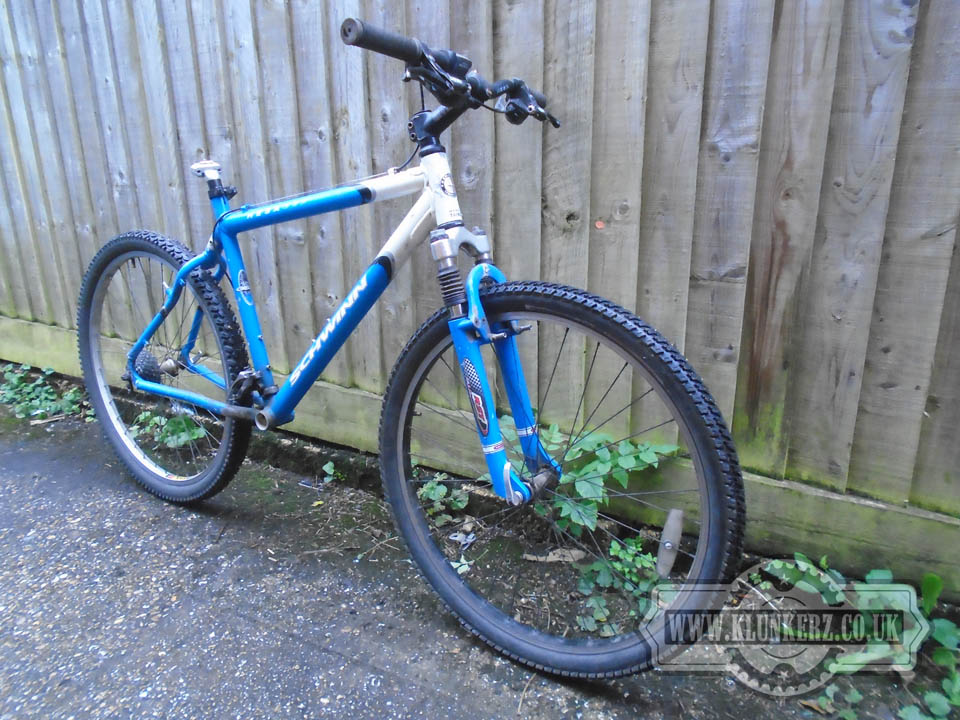 I wasn't really shopping for a complete bike, I was just looking to see if there was anything incomplete at the tip that I could use for parts for my Kona. This thing caught my eye as it was incomplete, but had some nice(ish) bits to donate to the cause. 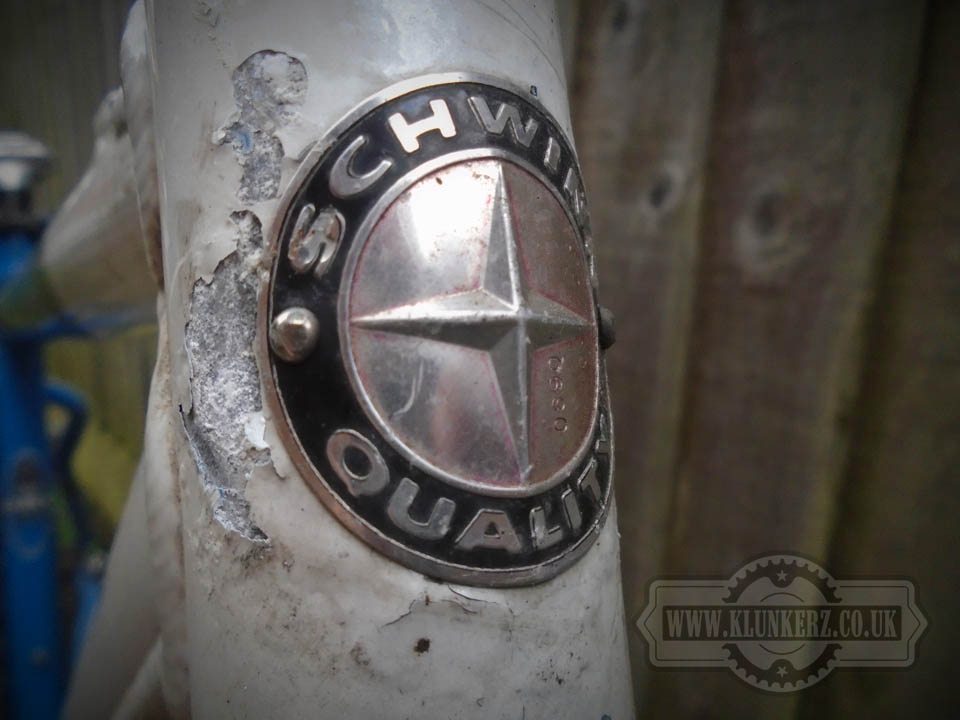 I'm not sure of its age, but I doubt it's not from this century, and made from aluminium, which means there is plenty of paint blistering, and white, powdery corrosion. I've never had a Schwinn before, and I always imagined that my first one would be a beach cruiser of some description, not an old mountain bike, but beggars can't be choosers, so here we are. 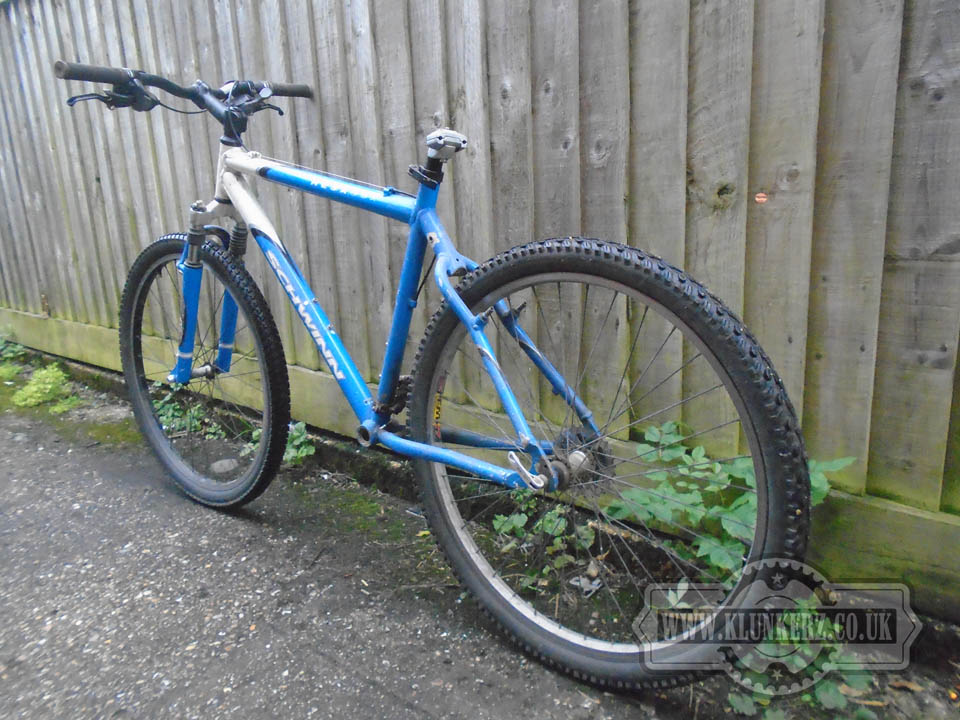 Schwinn quality it says, but just under the badge there is a rather hastily applied looking sticker that proudly announces 'Made In Taiwan' I'm not about to say thats a bad thing, but it's a long way from the Chicago based compnay that started out in 1895, and became the dominant manufacturer of American bicycles through most of the 20th century. Of course, that being said, Ignaz Schwinn the designer, founder, and the owner of the Schwinn Bicycle Company was born in Germany therefore, from the beginning they wern't exactly an American company. Added to that, by the time this bike was built, I think Schwinn had been bought up by Pacific Cycle Incorperated after they declared bankruptcy in 1992. Anyway, back to the plot before I lose it completely! 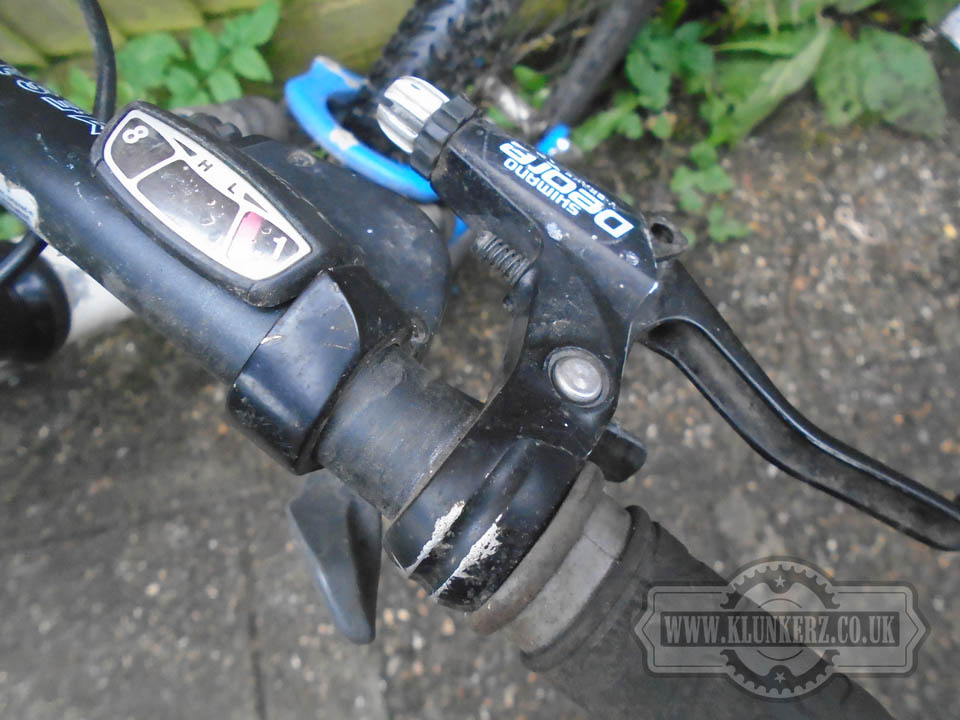 I think what initially pulled me in was those shifters, I just thought that they would be far better than the quite worn out ones on the Kona, but pulling it out of the pile at the tip I was quite surprised just how light it is. 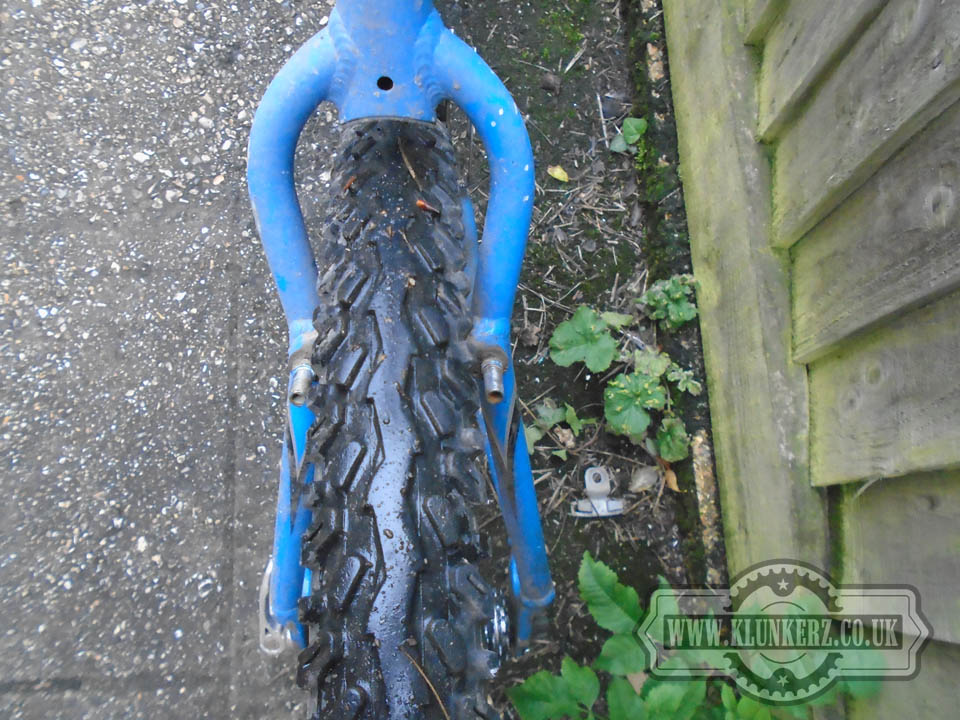 I realise that theres a fair bit of it missing, but still, it's pretty damn light. Plus, the more I look at it, the more I like it. I think there might actually still be a good bike to be built from this. 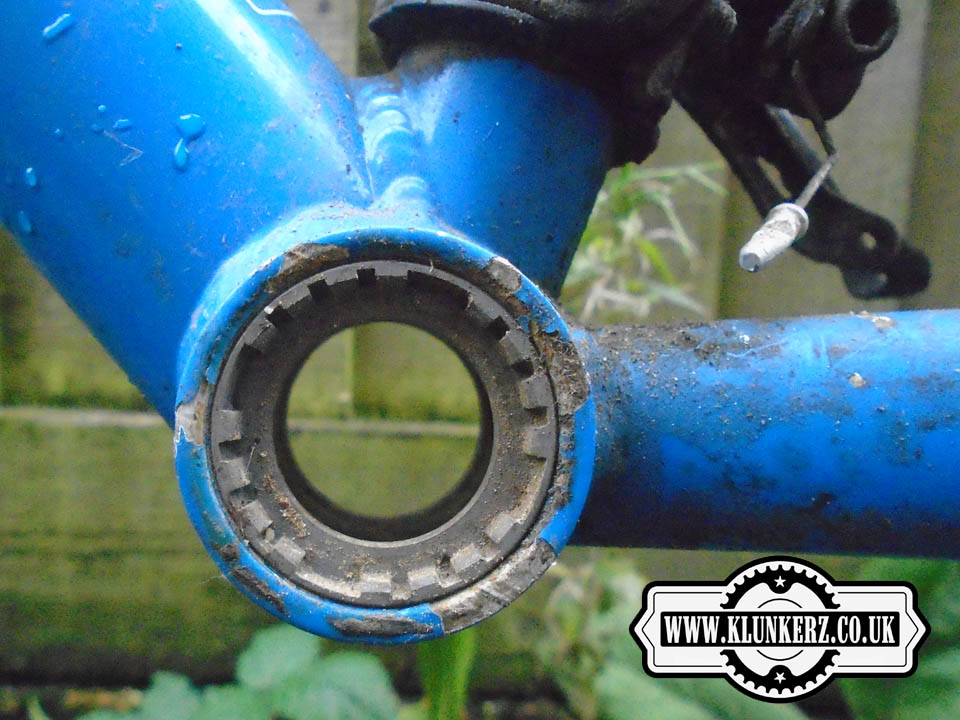 My feeling is that I may well take the bits from this to donate to the Kona that I'm fiddling with, but, while doing so also keep an eye out for bits to put back onto this to build it back up too. Like I said, I know theres quite a lot missing, but I think it would still be a very light bike once it's complete again! 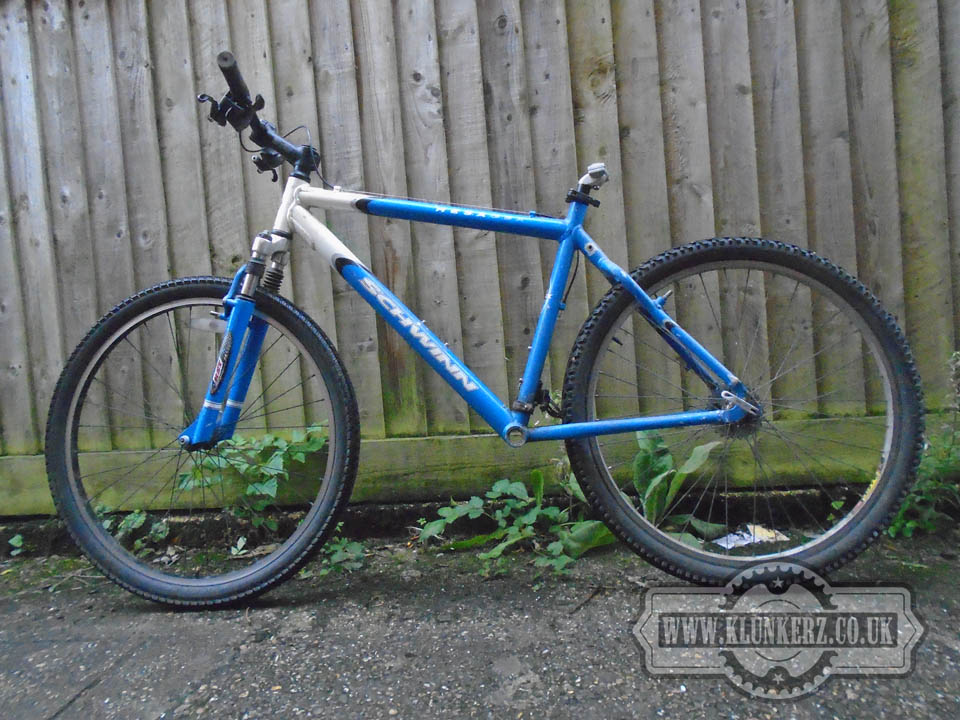 At this point in time I can't decide if I'm going to build it back up for myself, or just to sell on again. But one things for sure, it will get built, and I will ride it again atleast once. Then I shall be able to decide if I'm going to keep and improve it, and move on to something new, well, not new obviously, just new to me!