July 07, 2020
This is not my bike, but worse than that, it doesn't belong to anyone I now either, you see, I've stolen it! Please bear with me there is method to my madness... 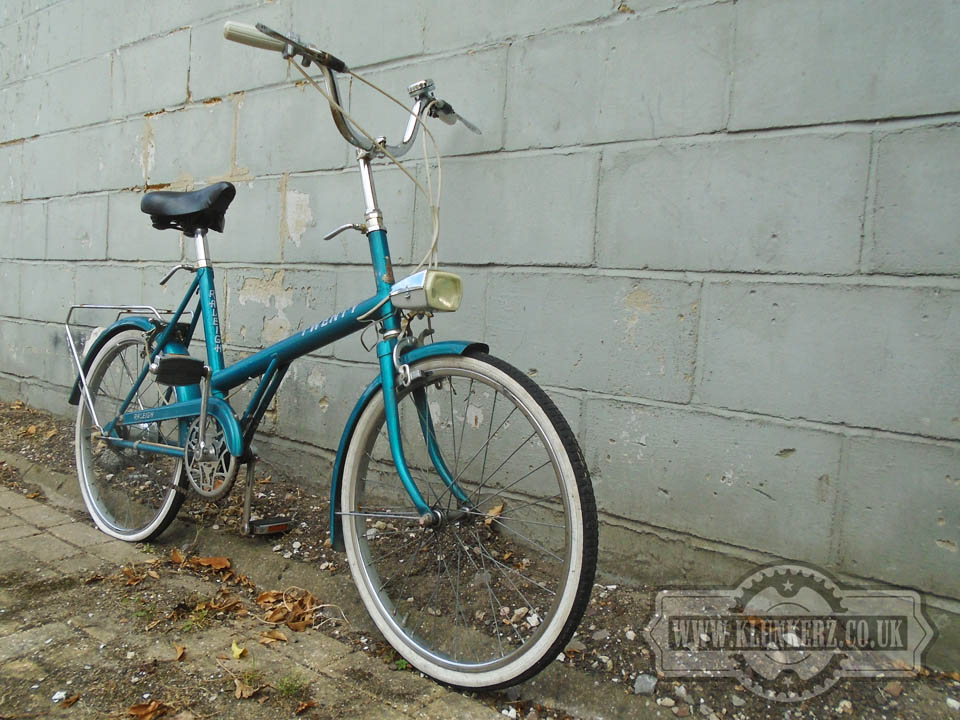 I first noticed it just as the coronavirus lockdown hit over four months ago, it was locked up to a post in the town where I live, and one night as I walked by it, it caught my eye. Not because I'm a fan of the Raleigh Shopper, because having had a few, I'm really not a fan of them at all. But because, for a bike that left the Raleigh Factory in Nottingham in March of 1972 it is in remarkably good condition. Of course, it could have a different rear wheel than the one it left the factory with, and the one I'm dating the bike by, but my feeling is, it doesn't. My feeling is this is 100% original.
Anyway, as it was on the route that I walk most evenings I kept an eye on it night after night as I passed it, and on more than one occasion I stopped to have a closer look as I was just so surprised with its condition. Fast forward to early last week, and as I passed it in the car I noticed a couple of lads tugging at its lock, and that evening when I passed it, the Twenty was gone, but the lock wasn't! 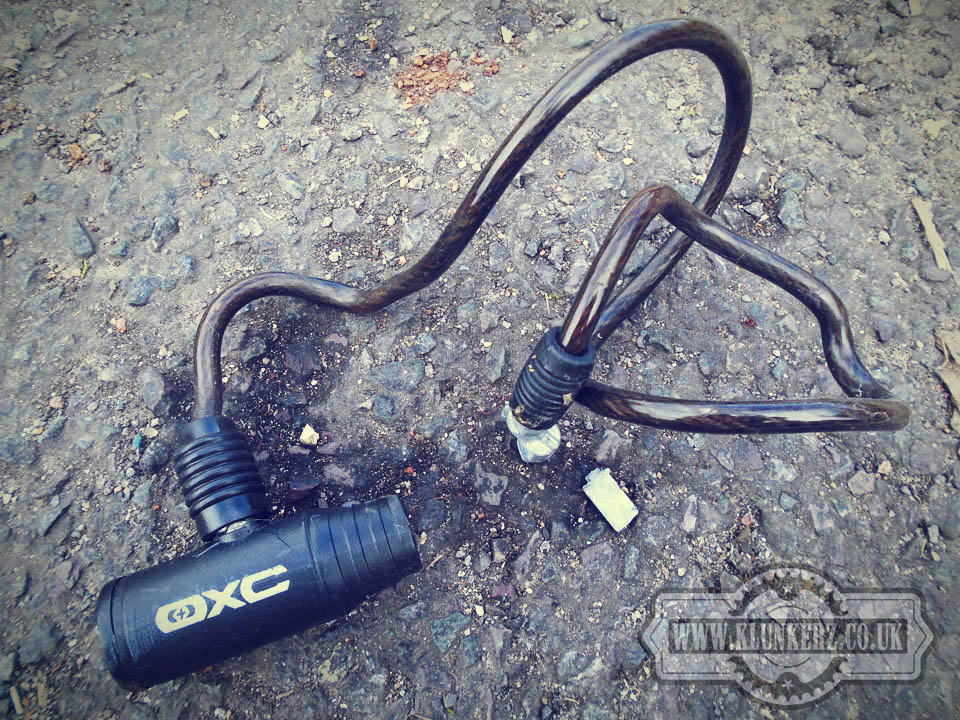 That was still on the ground next to where the Raleigh Twenty was locked up for the previous four months. I thought to myself that someone else had obviously been taking notice of its condition, and had stolen it for themselves. I carried on with my evening walk, and thought about how unhappy I would be if I had a bike in this condition that was nearly fifty years old, and somebody had helped themselves to it. Having had a few bikes stolen myself I know that it is quite upsetting, no matter how rough they might be, so I could imagine the dissappointment of having a bike this good stolen. But as I rounded a corner, there was the Twenty, just unceremoniously dumped on the pavement! 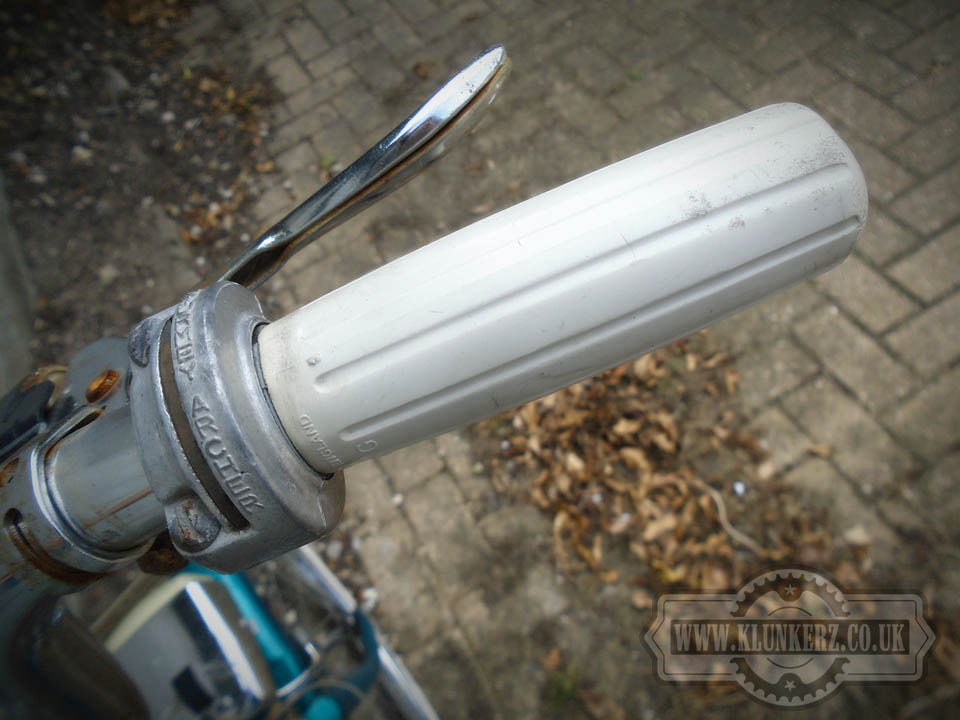 I stopped and looked at it. It was still in very good shape, but now the rear tyre was flat. I picked the Twenty up, and leant it against a wall. 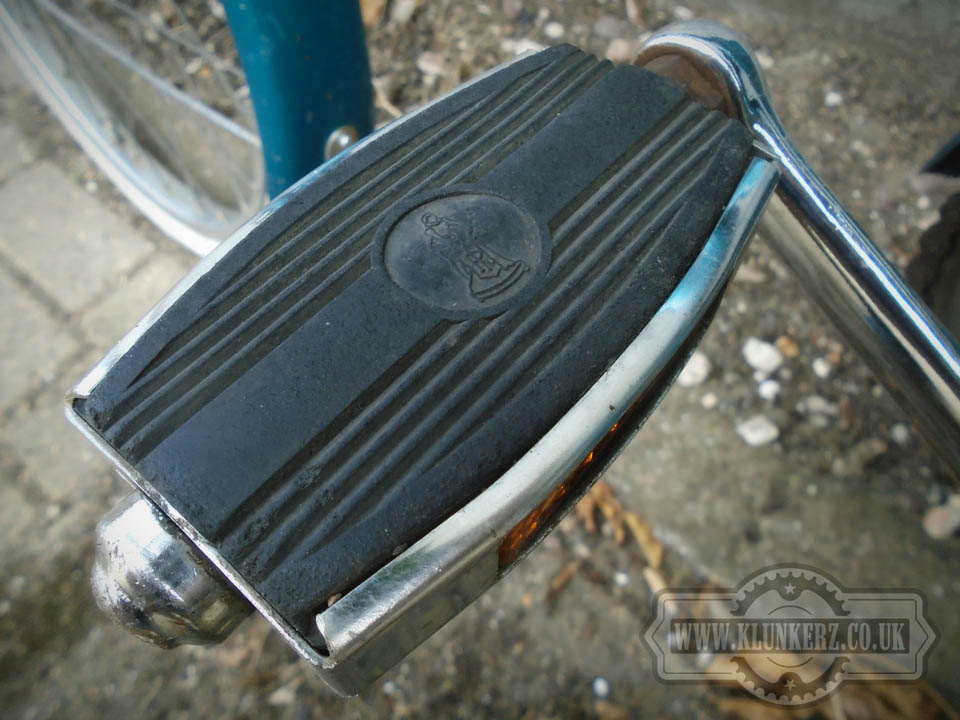 I thought that I should've just taken it back to BelongaClint there and then, but I thought that just incase the original owner had moved it, and had got a puncture on the way home and gone to get their car or something to collect it. I should leave it... But, keep an eye on it. 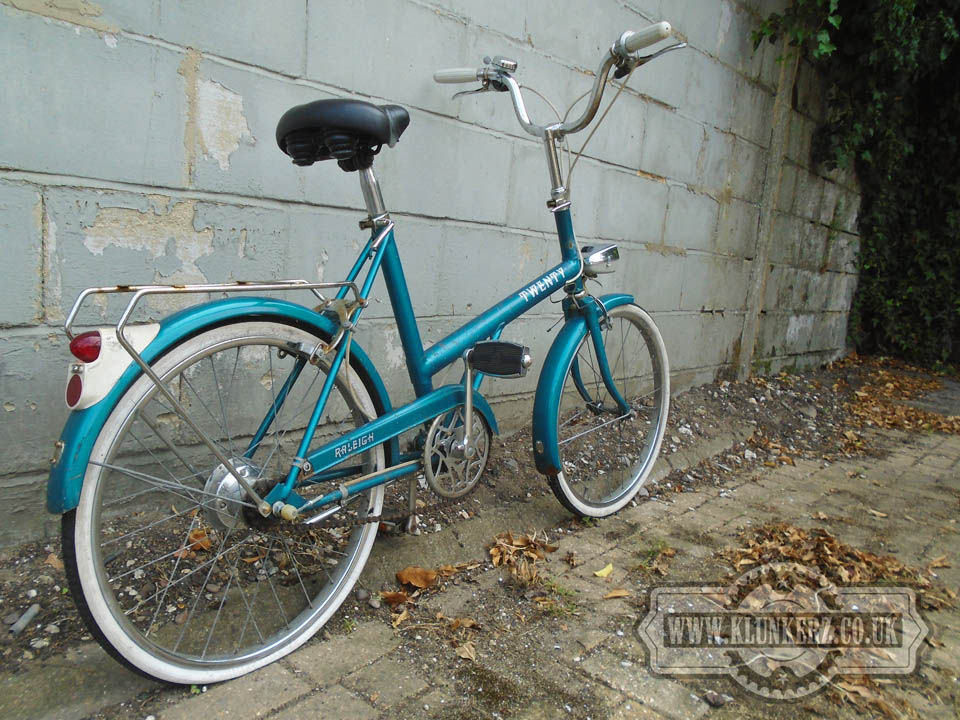 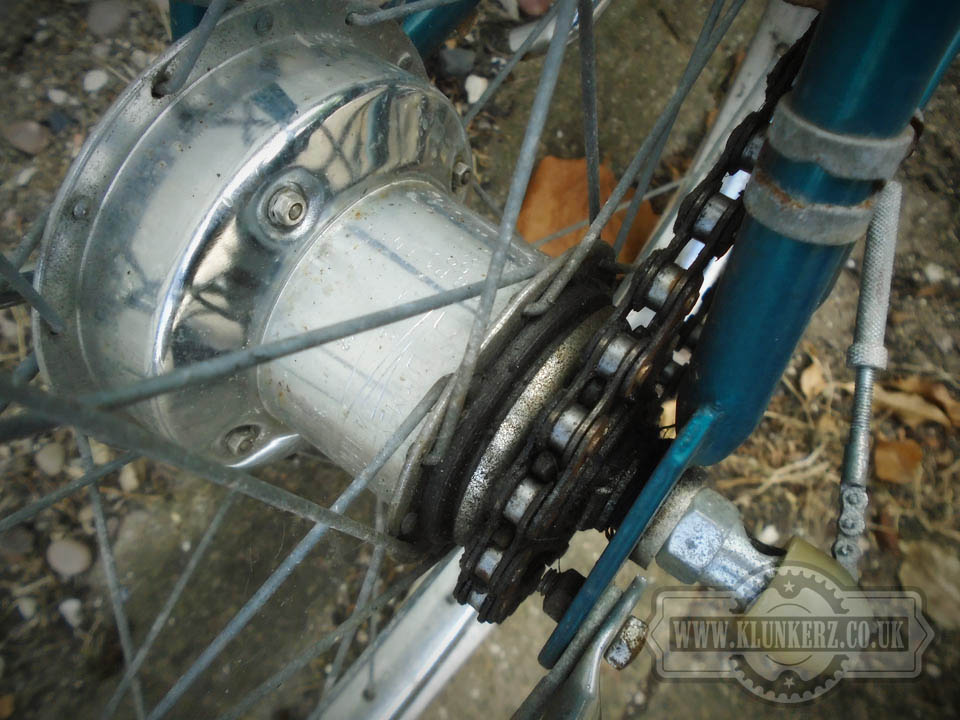 I see bikes that appear to be dumped quite often, and I watch how they slowly deteriorate every Friday and Saturday night as drunken idiots vandalise them. 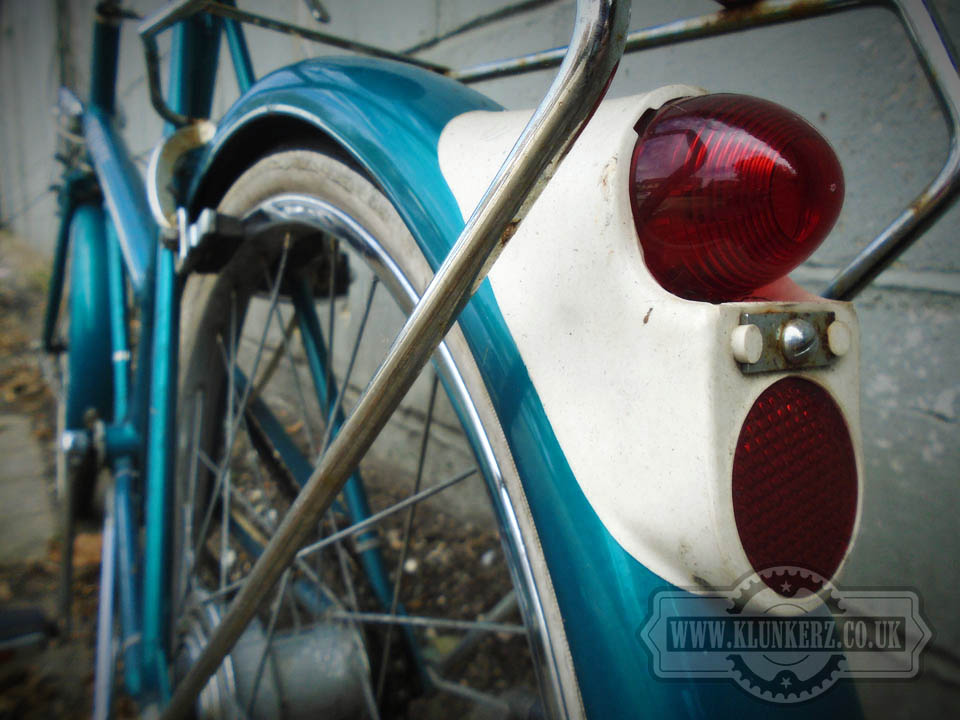 I thought about how that will almost certainly happen to this one. I could see how I would be passing it, and the wheels would be buckled, bent in half, and the lights would be smashed, and the mudgaurds broken. 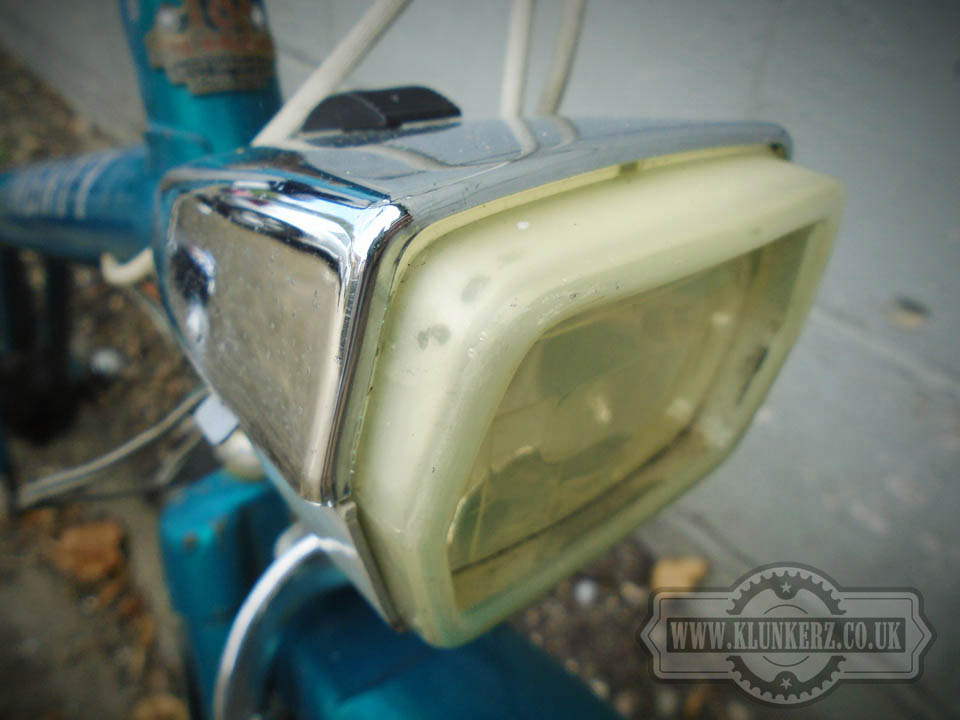 It played on my mind. I kept thinking that this pretty little Raleigh Twenty, which has clearly been loved and cherished for almost fifty years would be junk after the pubs opened back up again last Saturday. 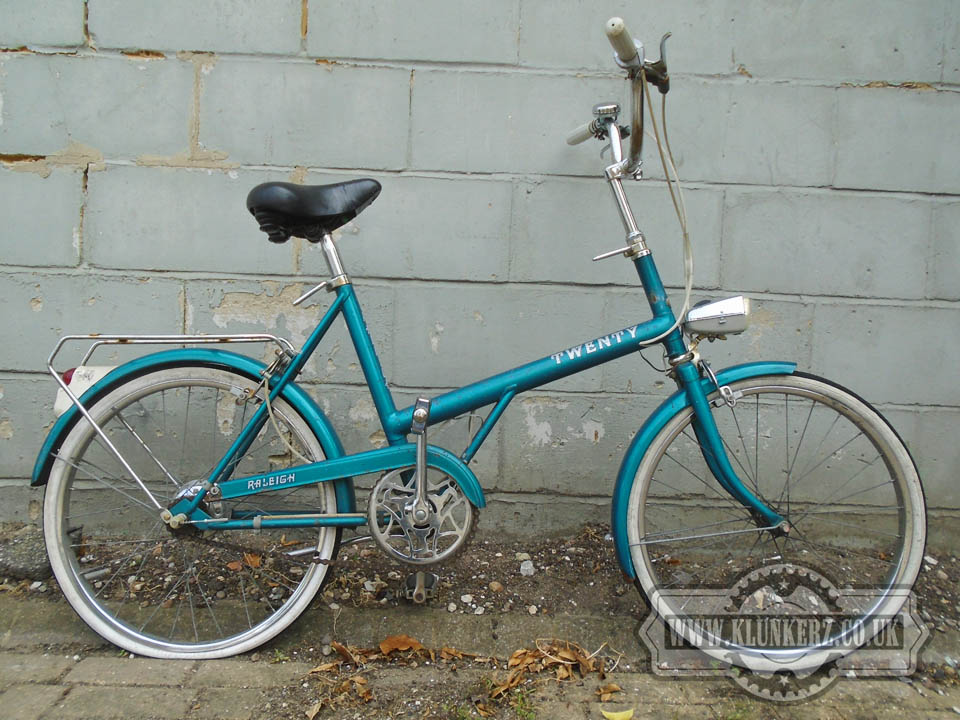 I laid awake last Friday night, thinking about it. I struggle to sleep at the best of times, but now this damn things fate was keeping me awake. At 03:00hrs Saturday morning I thought I had to go and get it. Off I went and sure enough there it still was where I'd left it stood against the wall the previous Monday evening. I took it home. I stole it! 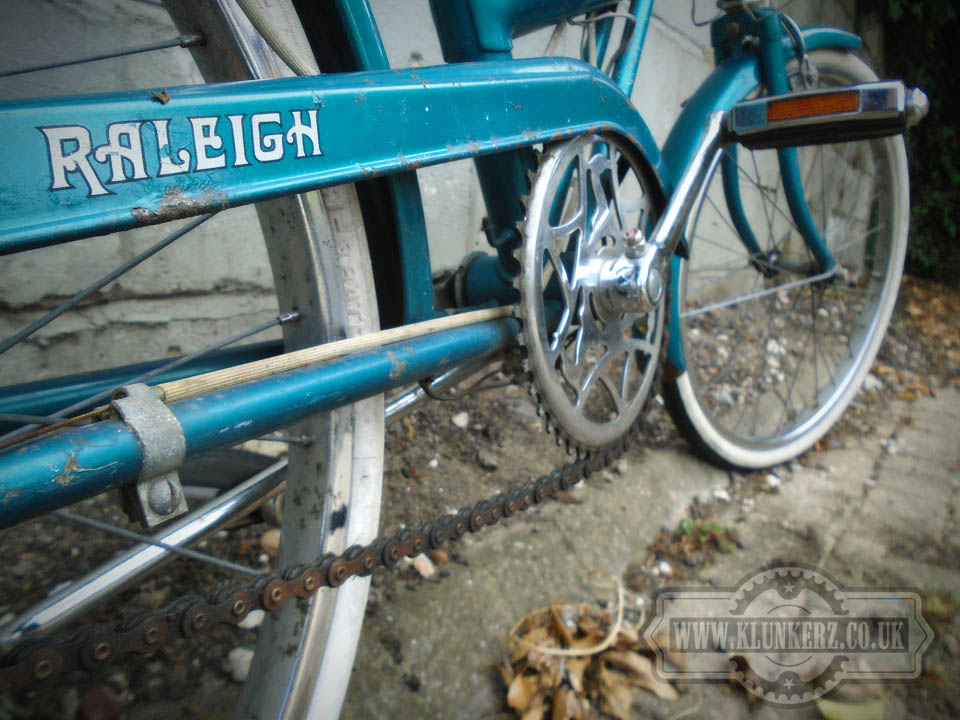 But, I have not taken this for myself. This is a rescue, not a theft really. You see, my feeling is that it probably belongs to a student who, when the lockdown was announced hastily left for home leaving their lovely Raleigh Twenty locked up safely outside their house, or workplace. My feeling is that they probably thought that it would be safe there, ready and waiting for the time when the lockdown was over, and they returned home. But after the lads broke the lock the other day, and then dumped it after it had got a flat tyre, I think it would've deteriorated quickly, then been collected up by the council and taken to the dump to be turned into baked bean cans, and other mediocre things. 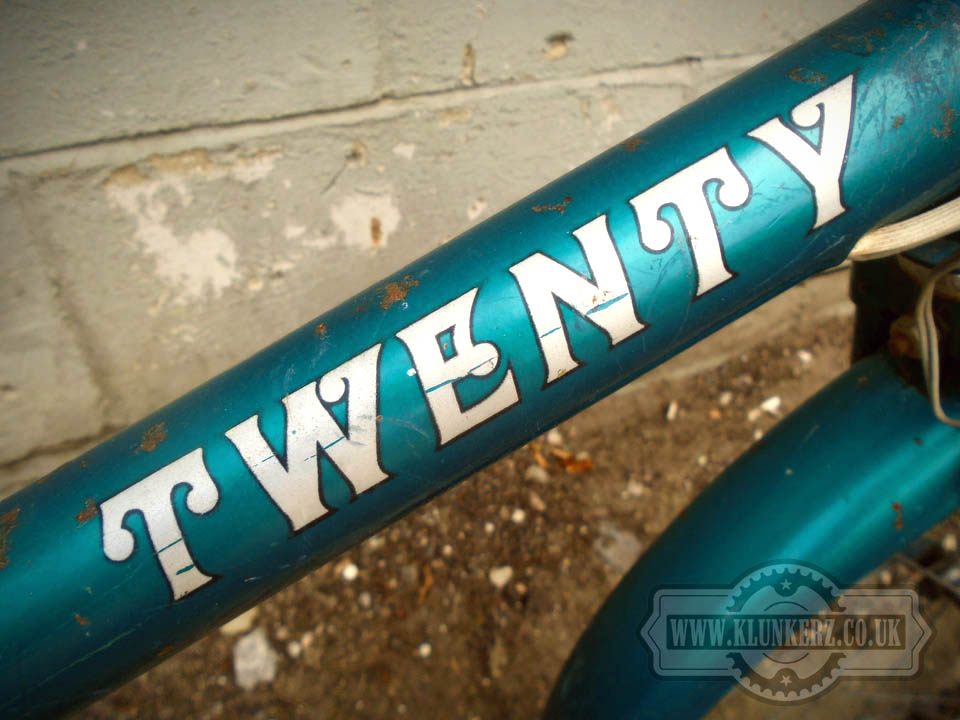 I couldn't let that happen, so I collected it up myself, and I am now storing it, and hoping to re-unite it with it's obviously loving owner. So this I guess is where you the reader comes in. What I would like you to do is to share this post on the social media platforms of your choice, share it on forums, share it wherever you can. My hope is that whoever is the rightful owner will then contact me through my farcebook profile, and if they can tell me where they left the Raleigh Twenty locked up, I will be more than happy to let them have it back. I don't know if I can find it's rightful owner or not, but my feeling is that the more people who see and read this post, the better my chance of finding its caring owner. So please, share this post about, help me to re-unite this lovely Raleigh Twenty with its rightful owner.