July 07, 2020
This wasn't the planned bike for todays ride. I don't know what's happened on my normal route, but I went to get the Bikini Hurricane, but it had a flat tyre, so did the Raleigh Maverick, so did the Clements, so did the Raleigh Lizard! I was beginning to wonder if I was going for a ride today or not. 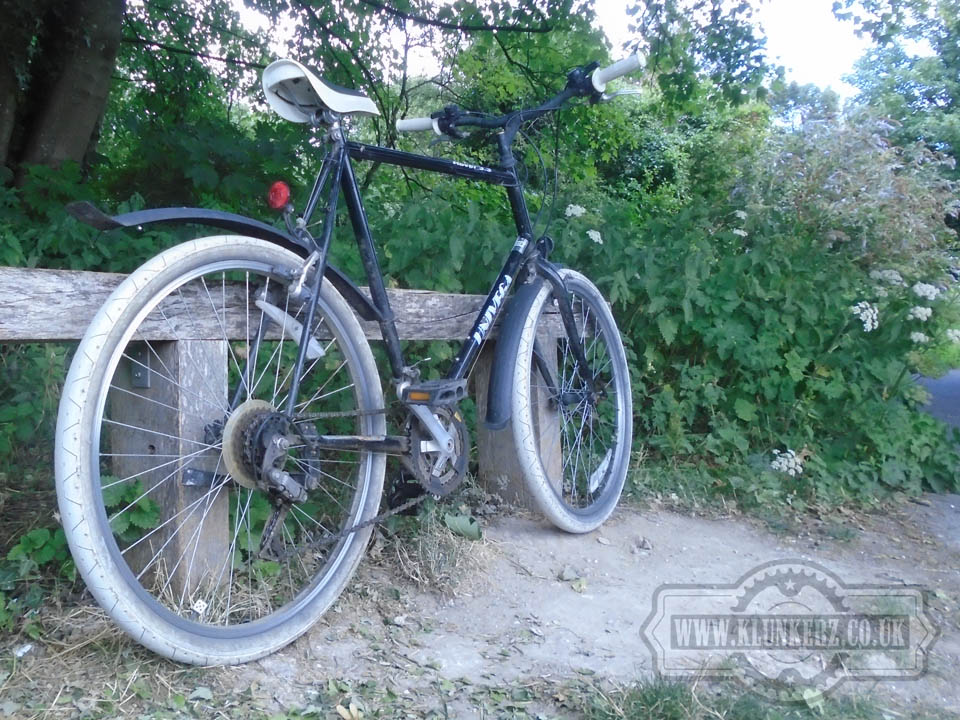 As I worked my way through my small bike collection that I keep at home it appears that fifth times the charm as the Univega was the first one I came to that didn't have a flat tyre. 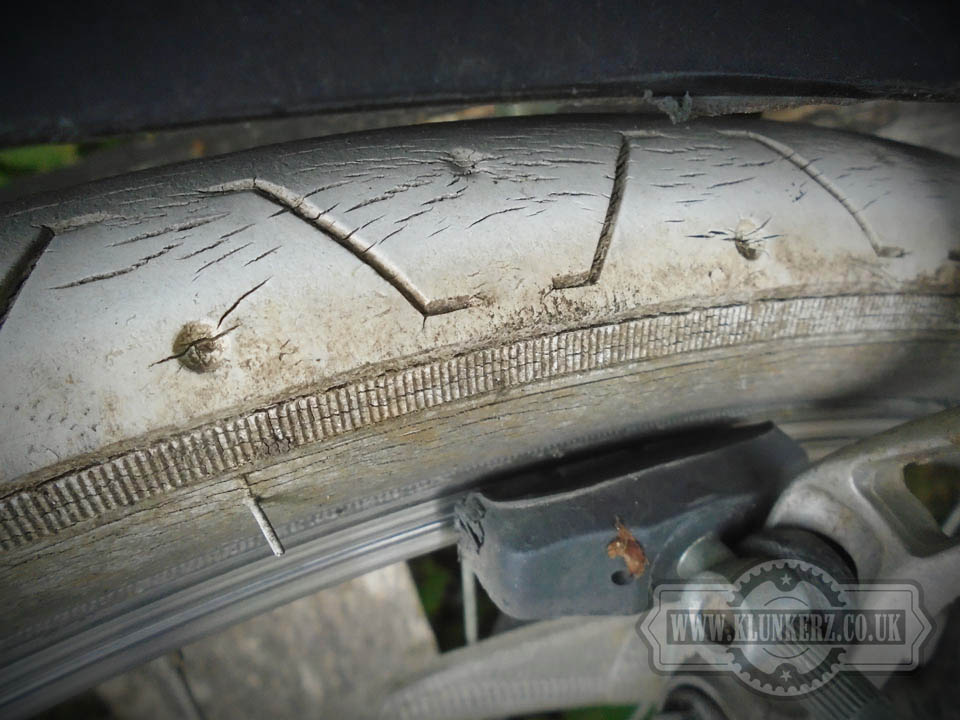 Stupidly, despite the tyres being only about a year old, the tyres on the Univega would appear to be the ones that are in the worst condition. But that being said, they hold air, and so off I went. 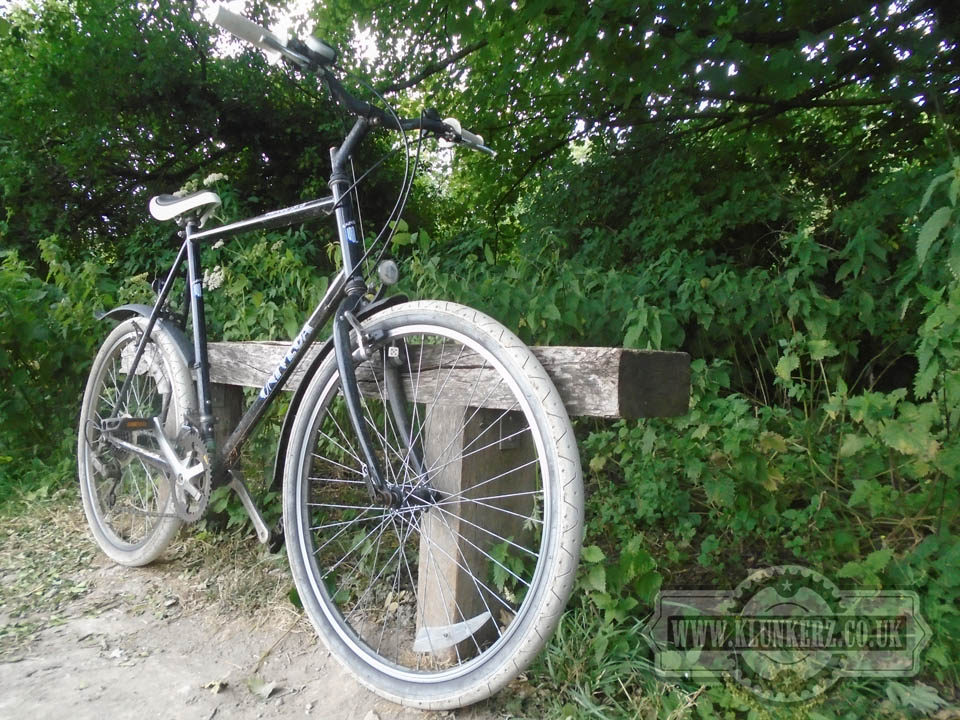 It's been a month or so since I was last out on the Univega, and to be honest that saddle lets me know how soft my ass has got on those, lets say, more padded saddles! But within about ten minutes I was back in the groove, and the saddle wasn't really bothering me. I've no idea why I don't change it really, but I guess the main reason is that it looks pretty cool on that bike in my eyes. Plus, if I'm honest after riding for about ten minutes it does somehow become more comfortble.
As I rode along I started to wonder what it was that had punctured the tyres on all my other bikes. I've been riding the same route all week and so as I rode I scoured the surface to look for anything that might puncture the tyres on the Univega too. But there was nothing. I've not being doing any off road type stuff, so that sort of rules out thorns as if I see a branch on the ground I usually avoid it. For the most part I've been on the paved surfaces of my normal route. I wondered perhaps if I may have run over some broken glass, but again, there was no sign of any broken glass. The other thing was, I was wondering why when I get a puncture is it always on the back wheel? The only explanation is that the back wheel carries a higher percentage of my lardy weight as I ride along, so whatever's going to puncture the tyre will more likely do the back one because of the extra weight pushing down on it. 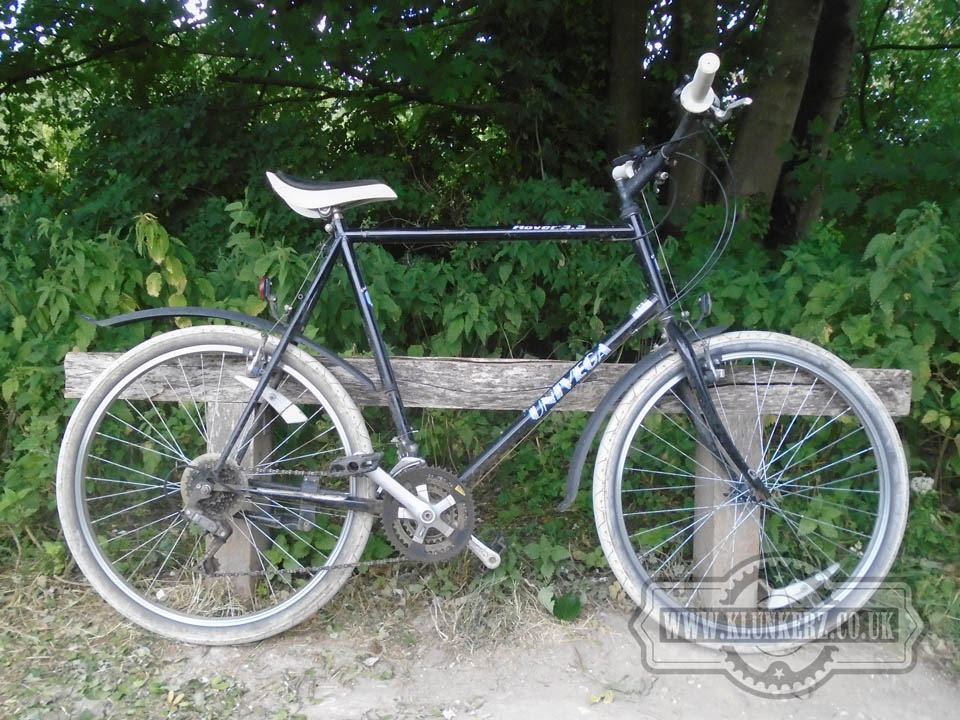 I dunno, I carried on scouring the surface, but there was nothing to be found. One thing that I did notice however was the lack of people on my ride. Where were the crowds that have been infesting my cycleroute? I saw a couple of my regulars, including Captain Mainwaring, but apart from that I saw maybe ten other people... Wierd! But good, infact I was so pleased with the lack of people I went and did a second lap! Again, nobody about. I'm not going to complain about it, this is exactly how I like it. But I did wonder how long it would take to get back to normal once the lockdown had been lifted a bit.
Once back at BelongaClint I gave my punctured bike tyres a good look over, but there was nothing that was obvious causing the punctures. No thorns, glass, nails, or any other sharp objects poking out of the tyres. With that I was off to poundland for a couple of puncture repair kits to prepair myself for tonights task... A puncture repair marathon!