It's been a while since I've last been out on the Magna Fugitive, and it will be of no surprise to you that the reason for it's absence is because it has a puncture. 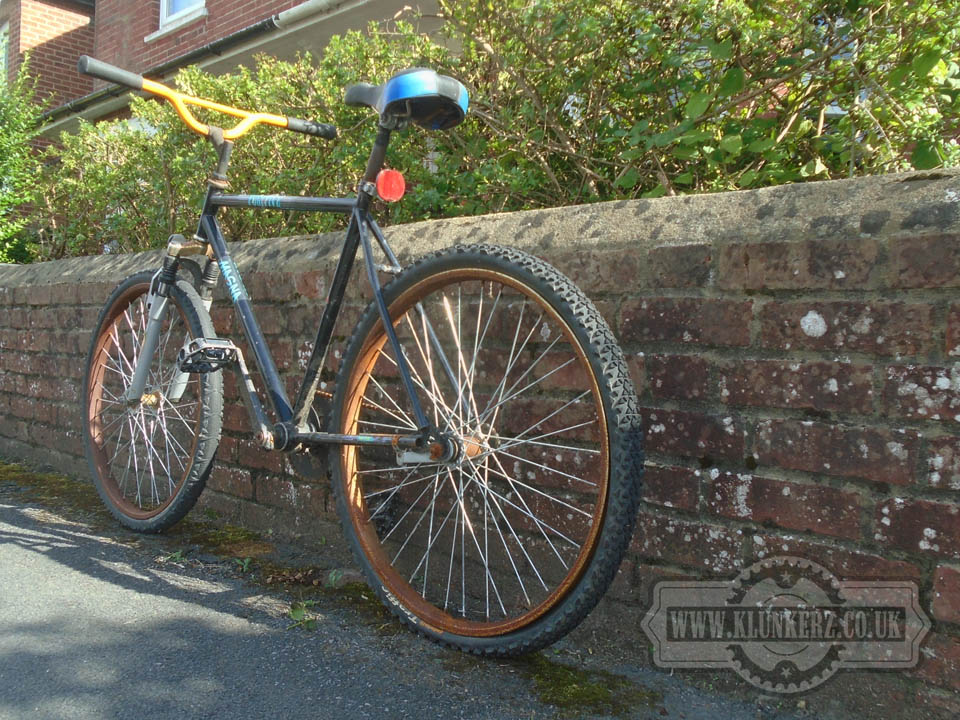 I don't know what it is about the roads around Winchester lately, but almost every time I head out I get a puncture. A couple of weeks back I found myself fixing 18 punctures on 16 bikes. Worse still, since fixing them 12 of those bikes have punctures again which I haven't fixed because I'm waiting for more repair patches to arrive! Yesterday a little package arrived from the bay of E containing 48 puncture repair patches, and so yesterdays little mission was to repair the remaining 12 tyres that had punctures, and the Fugitive was amoung that list. With the puncture repaired I headed out to give the Fugitive a bit of a ride around. But less than a mile from BelongaClint, guess what? Yep, a puncture. 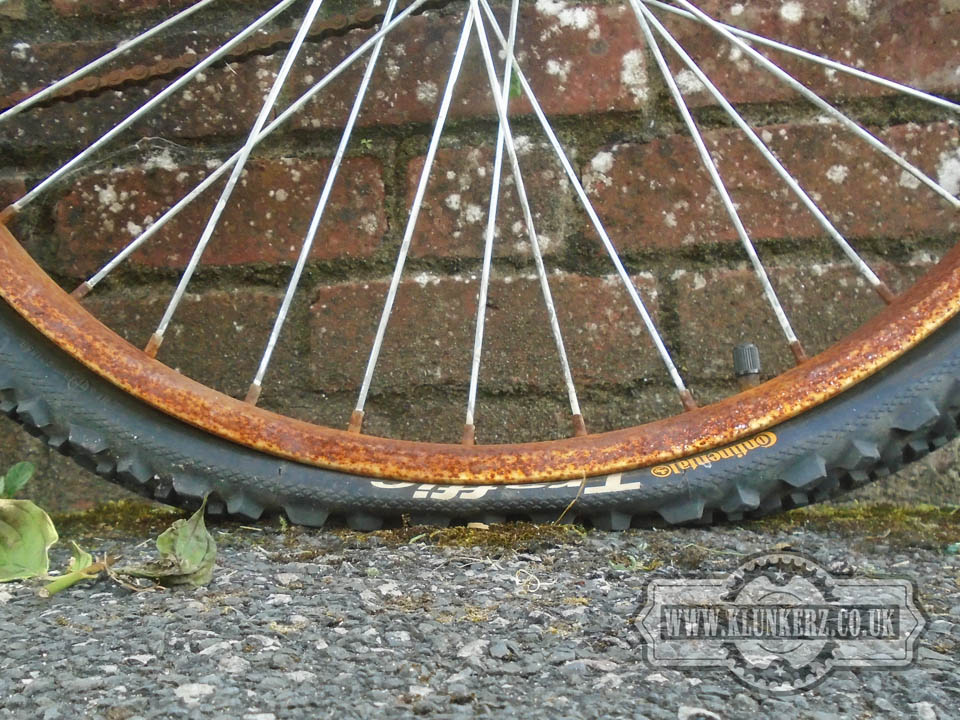 I walked home, thoroughly urinated off with the whole situation. Upon arriving back at BelongaClint, and with dinner nowhere near ready I ripped the offending tyre off the bike. I decided that instead of repairing the puncture what I was going to do was just replace the innertube with a brand new one I bought in poundland. While I was at it, I also decided that I would go with a different set of tyres for good measure, and swapped out the knobblies for a pair of smoother road type tyres. 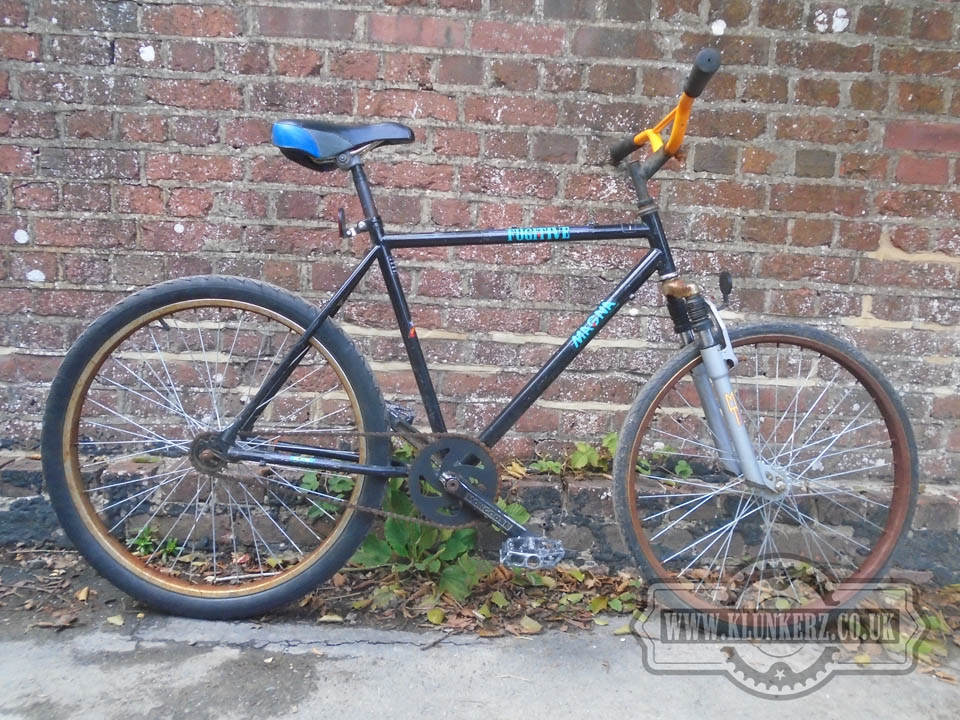 I thought it looked pretty good, and headed out for a quick spin around the block to try it out before Mrs Clint put dinner on the table. 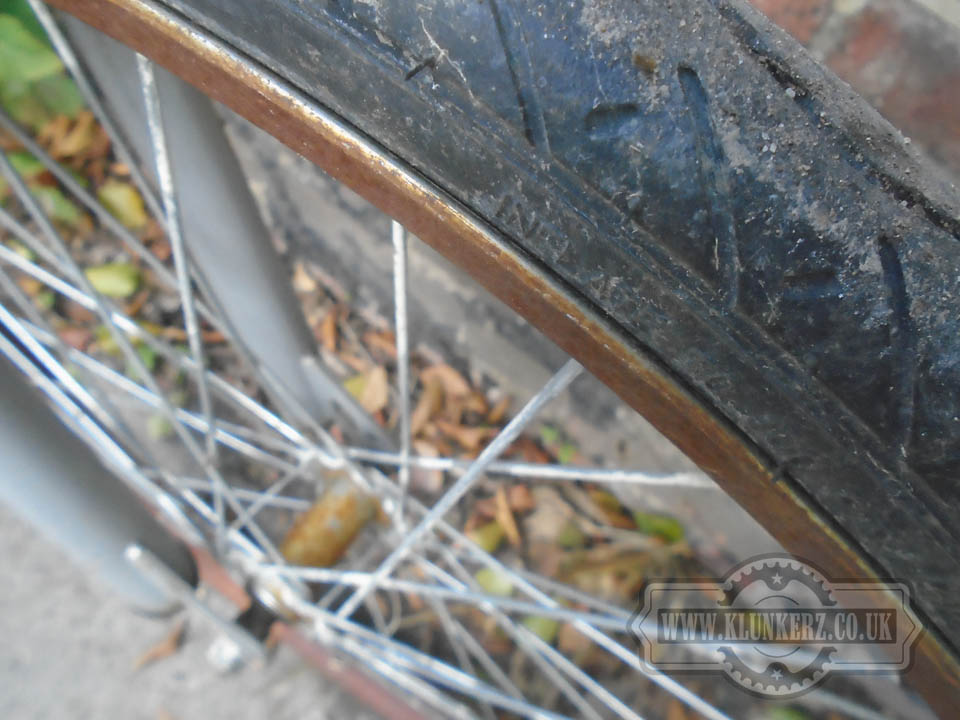 I'm never sure about the stretched tyre look when I see it on cars, and now that I have adopted the same look on the front tyre of the Magna Fugitive I'm really not sure that it works here at all. But with my dinner consumed I decided to head out for a longer ride on the Fugitive.

It's been a while since I've been out on this bike, but I can say that I still really enjoy riding it. The funny thing is, when I originally got it, and before I did anything to it I remember thinking that it was a really good bike to ride. After I'd fiddled with it a bit, I still felt that it was a really good bike to ride. Now, in it's current configuration where it was quite litterally thrown together after finding the frame at the tip it's still far better to ride than it has any right to be. The build of it this time is so crude, and pretty incomplete, but it still rides really really well. What the heck's going on? It feels like this is the exact opposite of the Diamond Back, no matter what I do to it, it's still great! I think that short of cutting the frame in half or something this will always be a good bike to ride.

Last nights ride only convinced me more that this bike will always be great. But then it happened... About five miles from BelongaClint I got a puncture! Seriously, what the heck is going on? In my whole life I don't think I've ever had as many punctures as I've had lately. I was furious, but as I walked home pushing the Fugitive my fury slowly eased, and by the time I walked through the front door I was almost at a point where I didn't feel like releasing the fury on anyone! 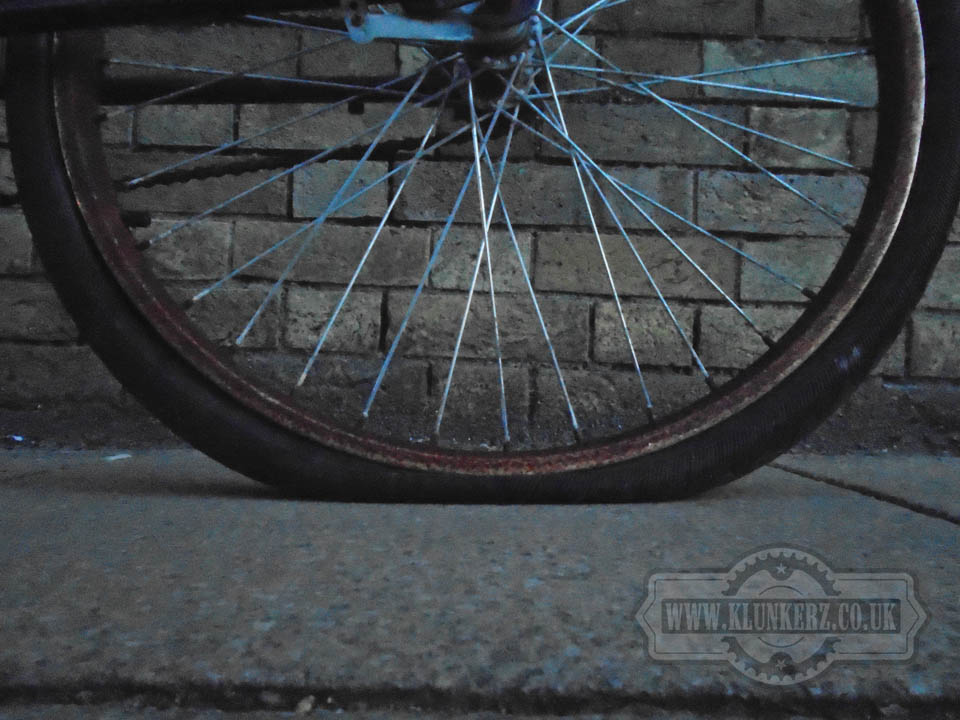 I'd given it a lot of thought on the walk home about why I keep getting punctures. What am I doing differently to my normal cycling activities before lockdown? The answer to this question is simply, I'm riding on the road more. Before I was riding a lot on the cyclepath, and through woodland tracks and paths, but now, in addition to this I'm riding on the road. So I can only imagine that I'm picking stuff up on the road. There never seems to be any evidence of what has punctured the tyre in the tyre its self apart from a hole in the innertube. I've also been looking for potential puncture giving things while I've been riding on the road too, but so far I've not noticed anything. Although since lockdown ended I have noticed far more smashed bottles on the roads and pavements around Winchester, but as I notice them I give them a very wide berth, so my feeling is that it's probably not that... Probably!

So where do I go from here? Well, I've still got plenty of glue, and thirty odd patches, so I guess that I'll pull the damn tyre off again and repair it. But honestly, this has got old now, and any fun that you might think you can have repairing punctures has, for me atleast, erroded away! I'm actually starting to wonder if I should be seaking out some sort of sponsorship deal with one of those companies that manufacture punctur sealant slime type stuff for bikes. At the very least I'm thinking it might be time to invest in a few bottles!