It's been nearly a month since the last time I went out on my bike. The reason, or probably more like reasons for this were that the last time I went for a ride, it was so peoply out there that I actually had to get off my bike and walk. I actually think that around my way, there is no lockdown. Unlike the first one the road where I live is as busy as ever with cars, and other traffic continuously driving along there. Anyway, the other reason I've not been out is that at this time of year I really struggle to find the enthusiasm to go out on my bike, I just want to go and hibernate. Not great for a fat guy with a mince pie addiction! So I thought it was high time to go out and ride again. 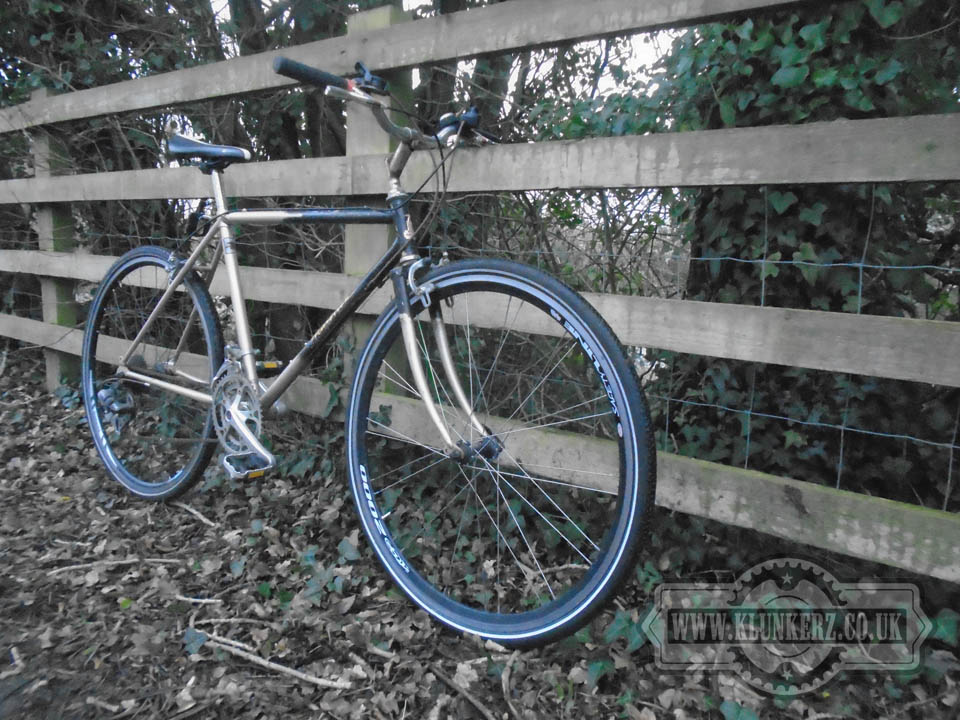 I had a couple of reasons to go out there and ride today, firstly, I am getting really sluggish, and the less I do, the less I want to do. Secondly Mrs Clint had bought me a CooSpo GPS cycling computer for Christmas, and I was keen to give it a go. 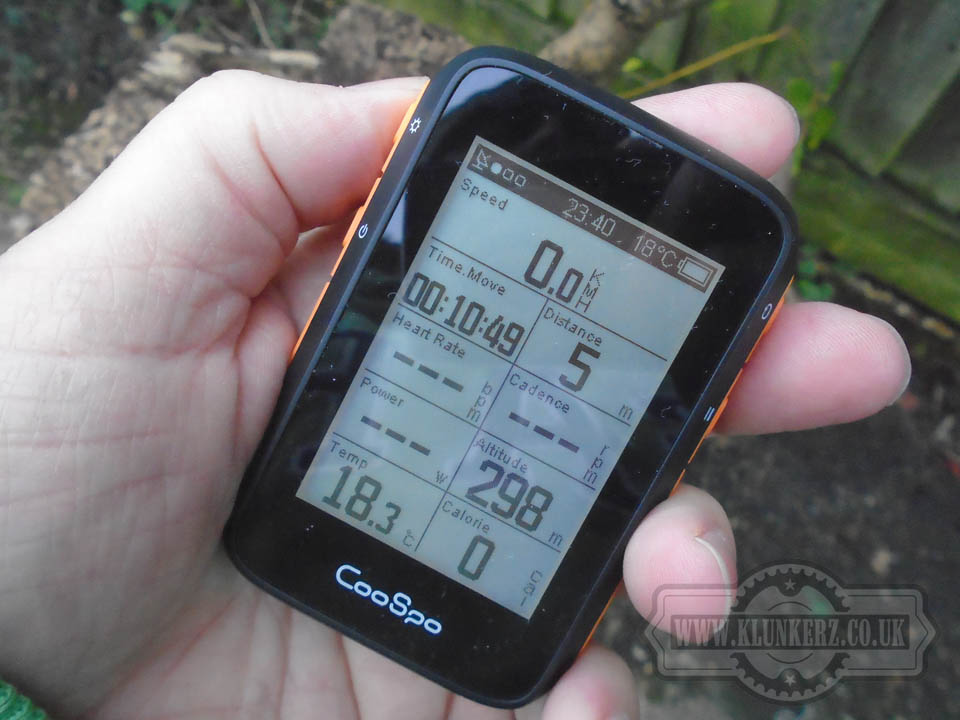 As a rule I'm not a fan of putting a speedo on my bike. The problem for me is that when I have a speedo, it seems to become a challenge for myself to see just how fast I can go, this can be dangerous as it seems that I can go quite fast indeed. About twenty years ago when I was living in Swansea I decided to fit a cycling computer to my Raleigh Record, and this was fine for a little while. But then one day I came out of Townhill park on Dyfed avenue, and turned on to Pen Y Graig road. Now Pen Y Graig road is long and fairly steep, and before long I was going round a long sweeping bend and my speedo was saying 47mph! Well normally just after that long sweeping bend I would double back on myself and go along Terrace road, but not this day, because all of a sudden I was setting a speed record. I continued along Terrace road which was still kinda long and fairly steep. I was passing cars now, quite quickly, and as I rounded the corner on to Mount Pleasant I was pretty much scraping my knee! (I probably wasn't, but thats how it felt in my mind!) I was going like the clappers on this old Raleigh Record in my shorts and T-shirt, and as I passed Swansea University I glanced at my speedo... 67mph! The road isn't the smoothest there and I'm riding along on my push bike wearing nothing but shorts and a T-shirt and I'm doing 67mph... In a 30mph zone! I thought to myself that I couldn't fall off now, I was going too fast! Not only that but I was fast approaching the traffic lights outside the Police station, and they were red! I gently started to apply the brakes, although it has to be said that a good part of me wanted to see if I could get up to 70mph, but I was fast running out of road! I squeezed the brakes harder and harder hoping that they would stop me in time, and that the bike wouldn't fall apart under me! They did, and it didn't. 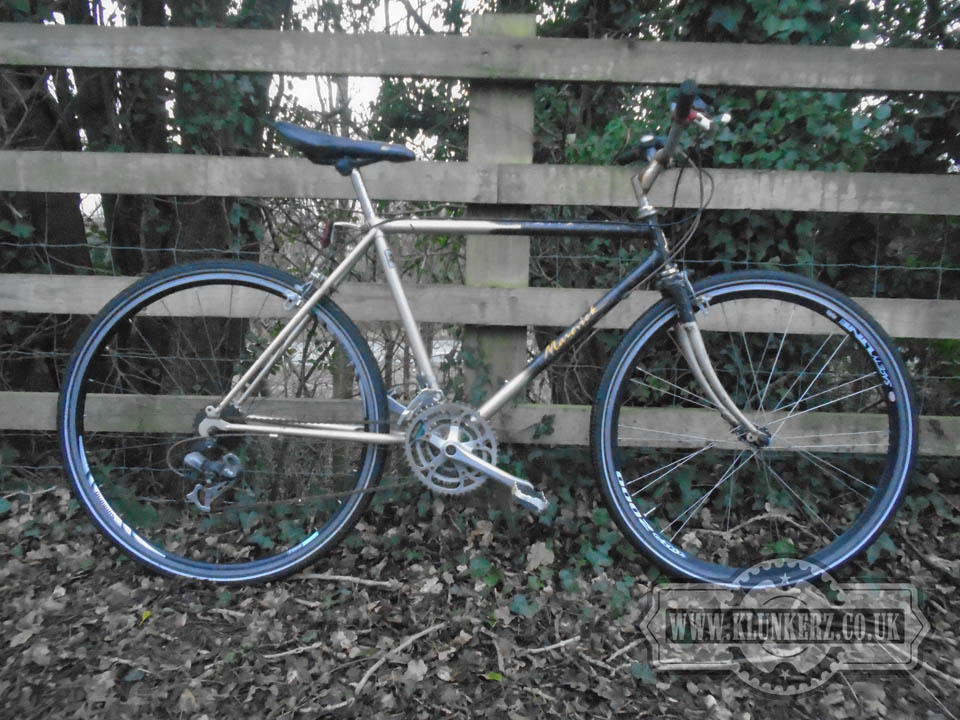 As I sat there at the traffic lights I thought to myself that the first thing I should do when I got home would be to take off the speedo, and put it in the bin, and that's exactly what I did. Since then I've never had one on my bike, the temptation is too great for me. 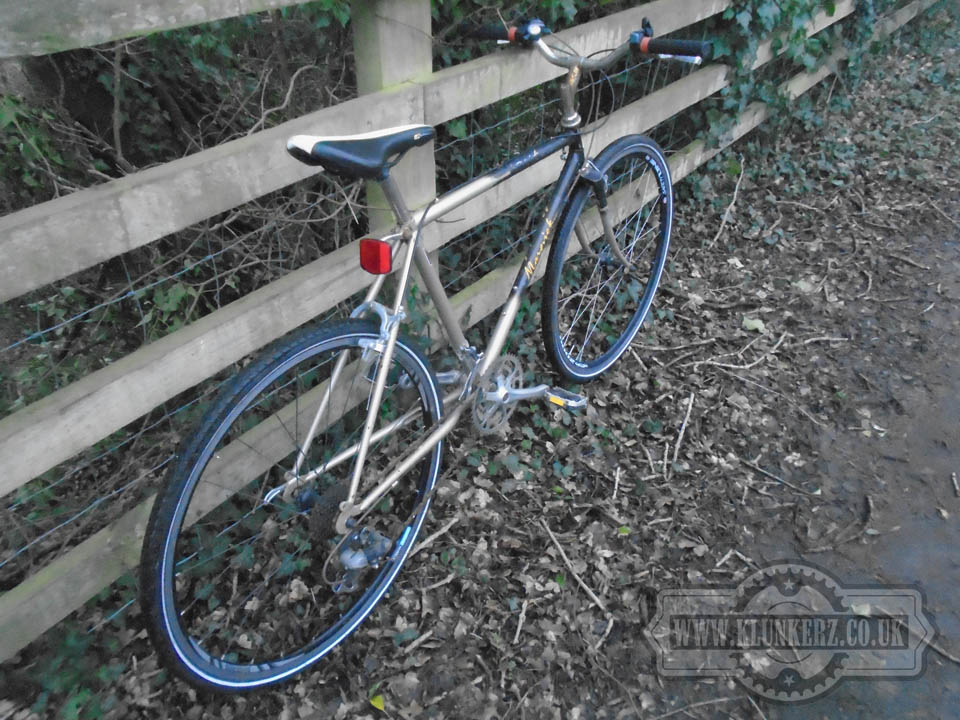 However, back in the Summer while we were out on our bikes I happened to mention to Mrs Clint that I'd really like some sort of mileometer so that I could see just how far I ride in a year. But the problem was that it needed to be like a GPS mileometer as I wanted to easily take it from bike to bike, so that no matter what I rode I could record the mileage. She said that in Home Bargains they sold little bike computers for a couple of quid each, so at that price why not buy a load and fit them to all the bikes I ride! I told her about my land speed attempt in Swansea, and why I shouldn't have one of those things on my bike. She agreed with me, but obviously thought more about it, and so on Chrstmas day I was presented with a GPS cycle computer. This is ideal as I can just turn it on, and pop it in my bag when I head out on a bike, and this is what I did today. 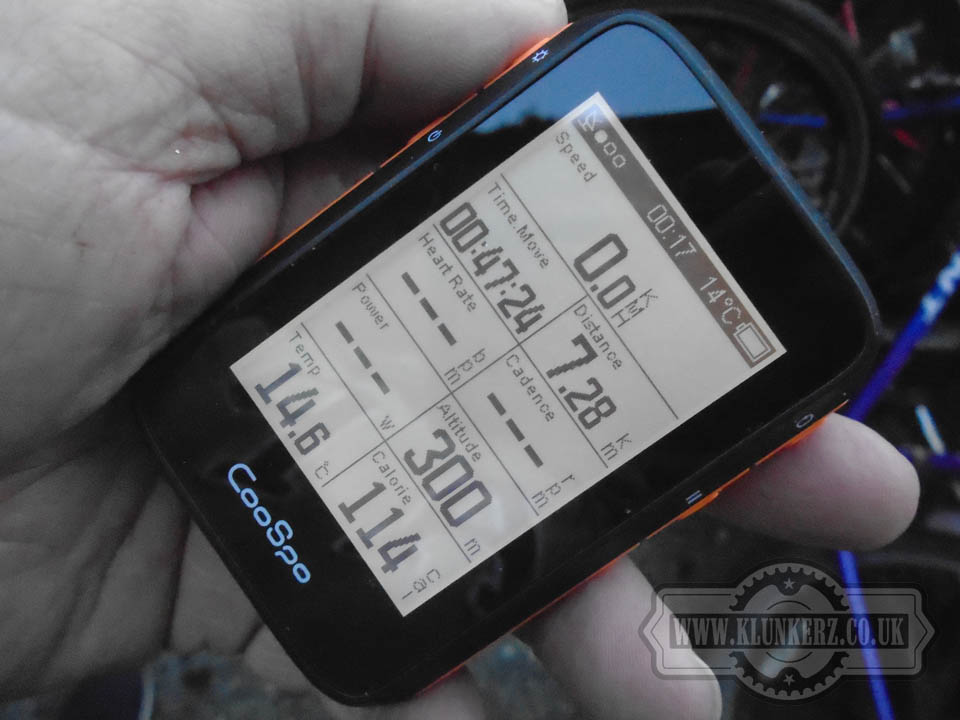 I headed out with the thing in my bag so I couldn't see it, and before long I was following the traffic along the road to the Park n Ride where I join the cyclepath. I've got to say that this Raleigh Maverick has a very smooth ride, it just glides along the road. Before long I was gliding along the cyclepath, there was a few people about, but it was far better than it's been in a very long time. I was taking it easy as I was feeling quite stiff, and so was the bike. I really should've lubed it up before I set off, but I didn't so both the bike and I creaked along the cyclepath. Despite this before long I was turning around and heading back to BelongaClint, the ride back was possibly a bit better because I was starting to loosen up a bit, and there were a few fewer people on the cycle route. However, just as I turned into my road I was overtaken by a Police car as I was starting to turn right into my road! He must've seen me, it was daylight, I'm a big fat fella, and I was wearing a bright green top, with a small red reflective rucksack on my back. Not only that, I had my hand out indicating that I was turning right. But just as I started to pull across, WHOOOSH! He went by right in front of me! No blue lights, siren, or anything, so he was obviously not responding to anything, so what the heck did he think he was doing? I've had various so called motorists pass me like this before, and that's bad enough, but surely a Policeman in a patrol car should really know better shouldn't he? Knobber! I really should've taken down the numberplate, and I made a mental note, but stopped to talk to a friend I saw on my street on the way home, so forgot it. I wonder if now that I've got my GPS cycle computer my next purchase should be a helmet cam?

Anyway, I made it home, locked the bike up, and dug into my bag to have a look at my cycle computer. I'd always imaged that my regular route was about 5 miles long, and so it would seem that at 7.28kms I'm actually about half a mile short of what I thought I was riding, so perhaps I should try to add a little bit to my daily ride.

So that's my first ride of the year under my currently quite tight belt completed. Hopefully I'll remember to take my cycle computer out with me every time I ride this year, so that by the end of the year I'll have some idea of just how far I ride in a year. But only time will tell. But one thing I do know for sure is that I'll not be mounting it to the handlebars of my bike anytime soon. I don't want to know how fast I'm going, and I don't want to start competing with myself to see how fast I can go!