Okay folks, now if you've read my previous post about the Huffy Cherokee you probably know how I came across this Huffy Chesapeake. 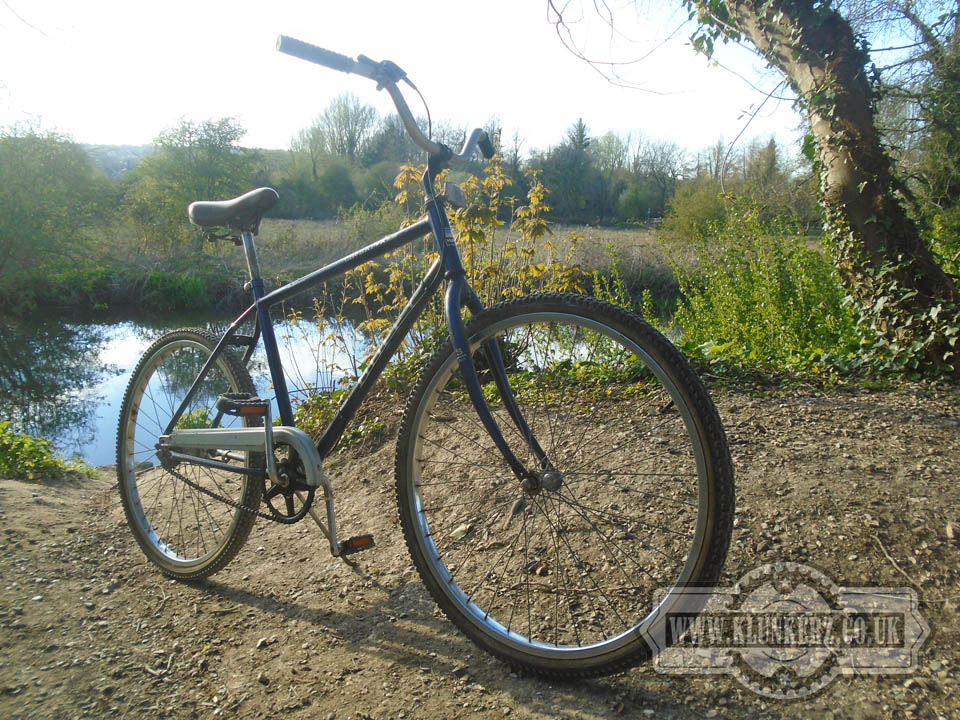 So you may be wondering what it's like to ride? Well would you beleive that it is very similar to riding the Cherokee, although, that being said I think the frame of the Chesapeake is a little bit smaller in height, but around the same sort of length. 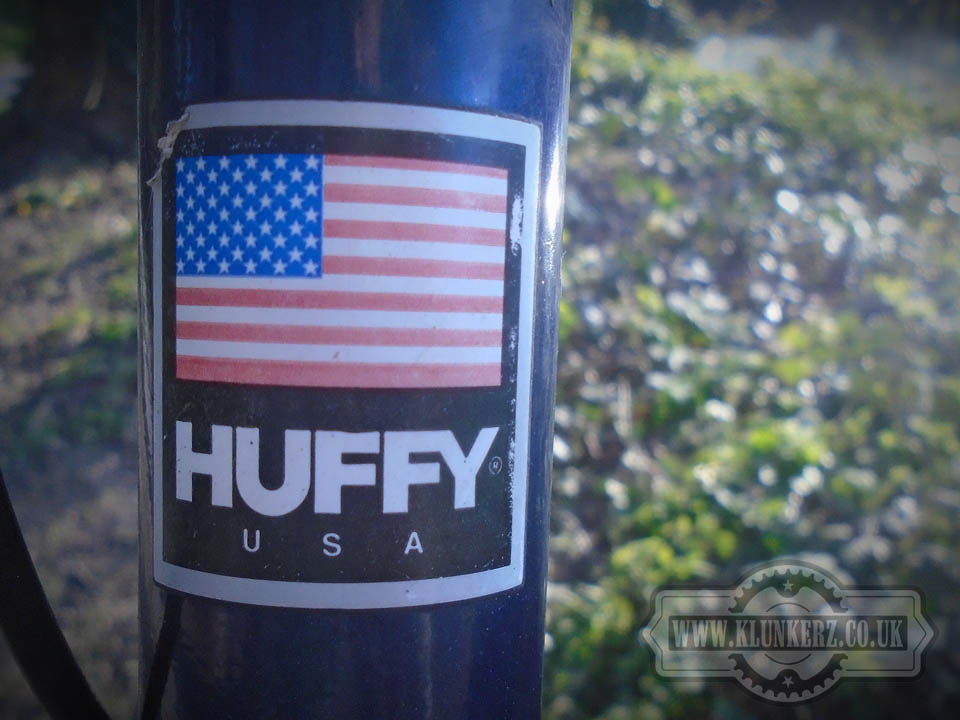 I think, if you include bikes that I've bought for my two little Monsters this is the sixth huffy bike I've ever bought, and five of them are still in my collection. I feel a bit bad now for letting the Cherokee go! 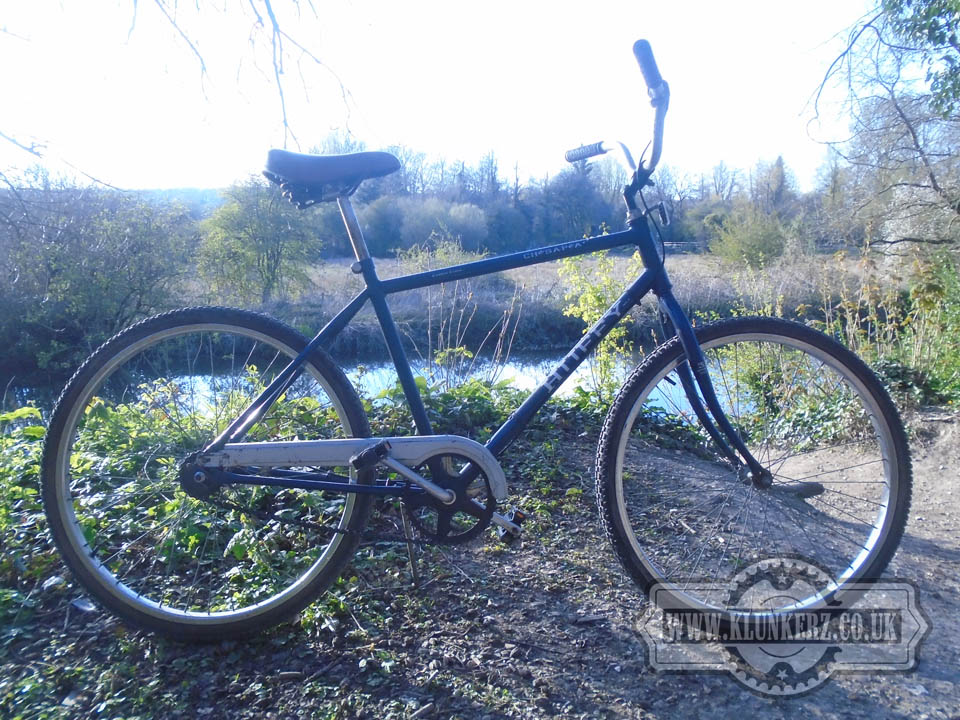 Anyway, much like the Cherokee it's not bad at all to ride, infact it's very pleasant. Infact it puts me very much in mind of my Kalkhoff Weltmeister that was stolen from me way back in December 2017. This Kalkhoff I liked very much, I still miss the damn thing to this day, and I often find myself browsing fleabay looking for another one. (By the way if you do happen to have a Kalkhoff Weltmeister for sale please do let me know... Especially if it's a blue one with a large frame!) 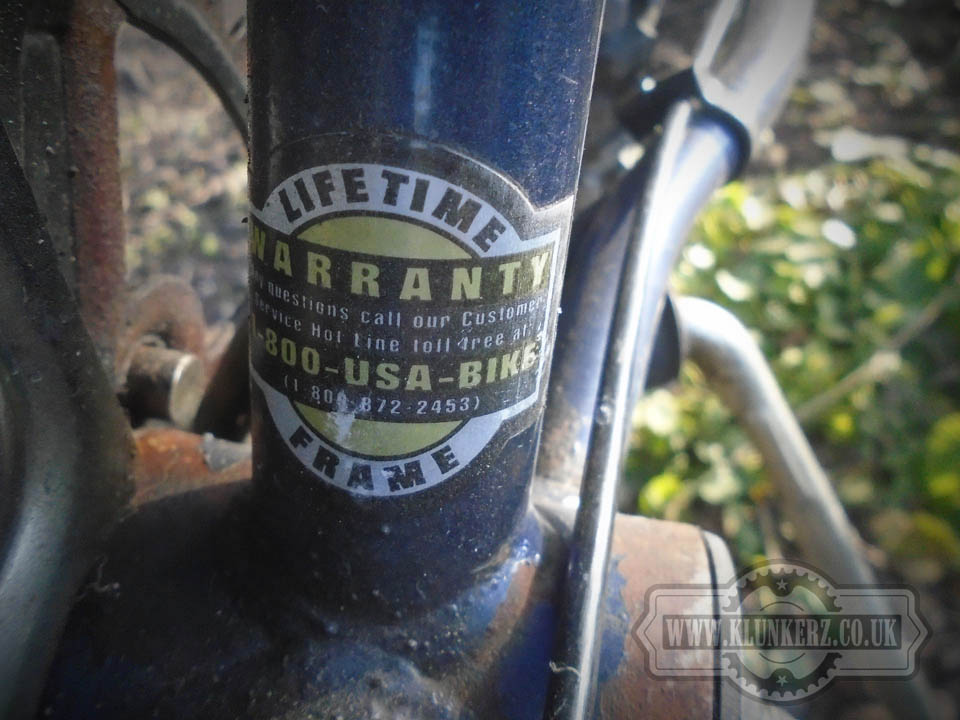 However, unlike the Kalkhoff Weltmeister, but very much like the Huffy Cherokee this Huffy Chesapeake is very heavy, although this one doesn't appear to have a frame made from Duralite. I would say this frame is made from gas pipe, but that being said it does have a lifetime warranty on the frame but I reckon you'd need to really be abusing it before this frame's going to break. 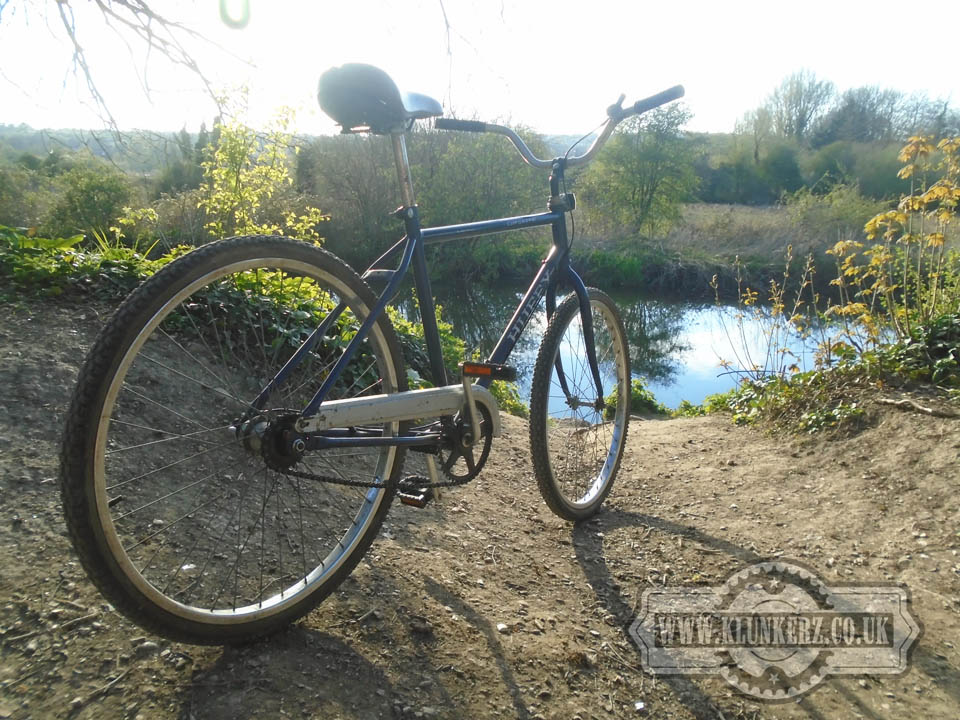 My ride home was fairly pleasant, and although I thought about the Cherokee a bit I found myself thinking about what I could do to this thing to improve it a bit and make it mine. The truth is, despite being heavy it's pretty good as it is. But even pretty good can be improved upon! Like I said about the Cherokee, my feeling is that atleast half the weight is in the wheels, so really I think I've got to change those for some aluminium wheels. But that probably won't be as easy as it sounds because as I've got a three speed hub with coaster brake on the back I'll probably be into building a wheel, or having one built for me! Then theres the front wheel, this has a very small axle so that means I'll probably have to get the original hub built into another rim for the front too! But that being said this will probably be the end of the planned modifications! 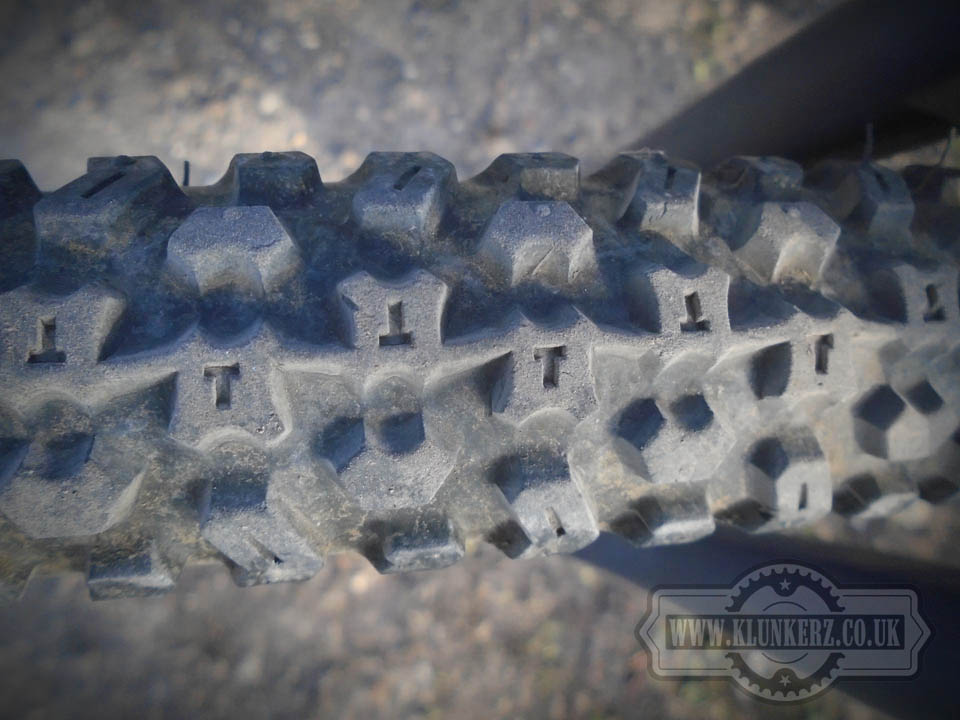 I may well even keep the tyres as I believe they're probably the original tyres that came on the bike sometime ago probably in the late eighties! I must admit I thought about changing them for the sake of it as they're not very fat, but the more I look at them the more I like them. The tread is pretty good, and the tyres themselves look OK, although there is a fair bit of crazing on the side walls. But I don't know, I'm going to keep them for now I think. 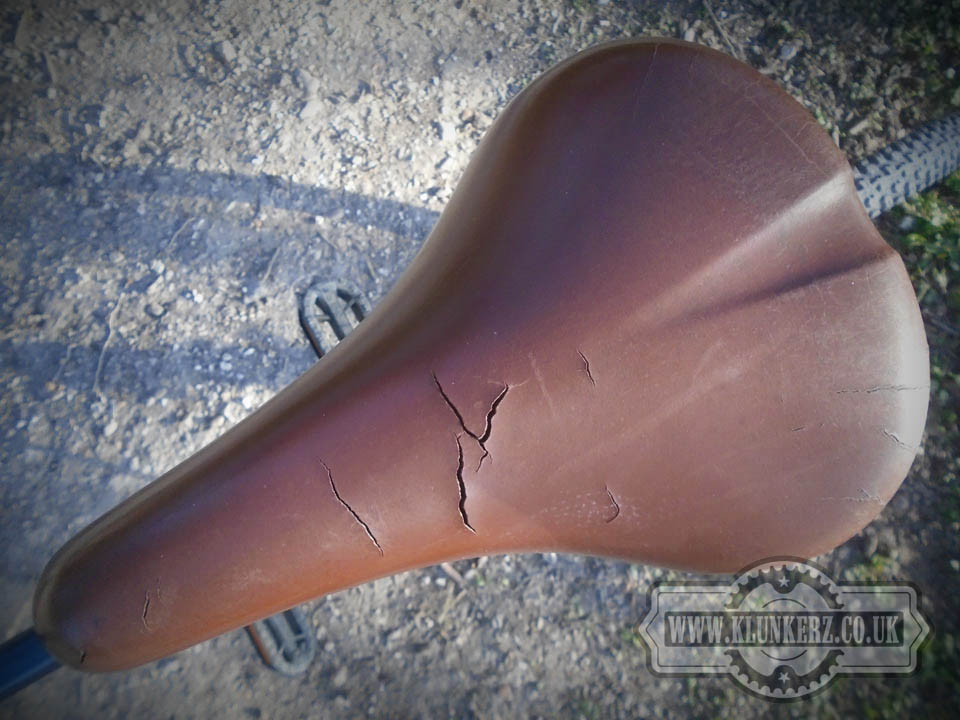 The only other things I think I'll change is the saddle as it's quite split, and despite it being comfortable I feel when I leave it out in the rain the next time I use it I'll be getting a wet bottom! Other than that I might change the grips because I've got another pair of what I think my BMX buddies would call 'Mushrooms' although they're probably cheap knock offs. But whatever they are I think they'll be better than the gooey soft sticky grips that it currently has! 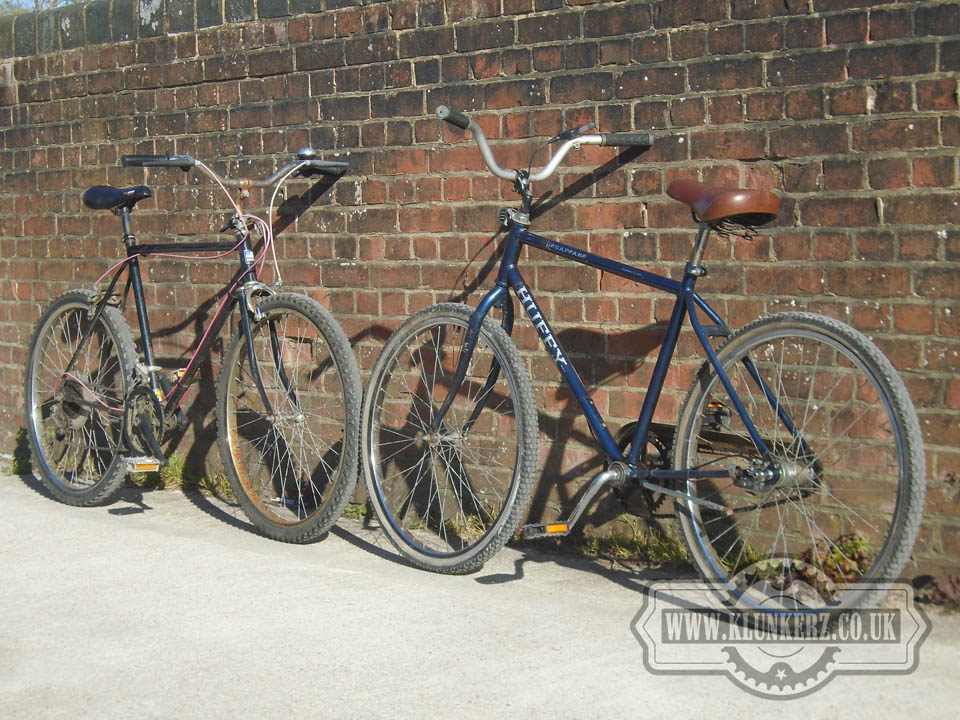