Okay folks, as I'm sure you're aware, it's been a while since I've been out on this.. 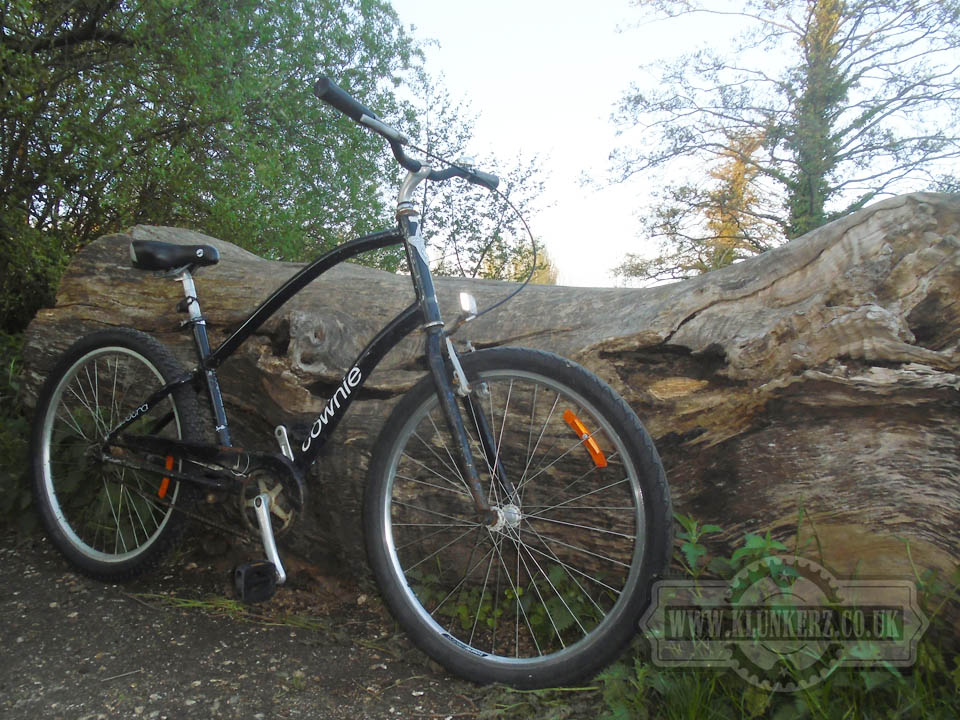 Almost eight months infact, but worse still I've even had it at home, and it's just been sitting there in my back yard ready and waiting to be ridden. It doesn't even have a puncture... Currently! The thing is though, as great as it is to ride, I don't like to ride it in the rain, or when its wet, or even when it's only mildly moist! The reason for this is that I don't like wearing the muddy bum stripe that goes hand in hand with riding a bike without mudgaurds in the wet! So for the most part during the wet season, when I could be bothered to get my ass into gear and go riding, it's been on the Schwinn Cruiser Six, or my Winter cruiser as it's become known in my household.

This isn't to say that I've not thought about riding it, I have, a lot. Infact for over a month now I've been watching the evening skies and thinking about evening rides. So tonight was a night of firsts for the year for me. 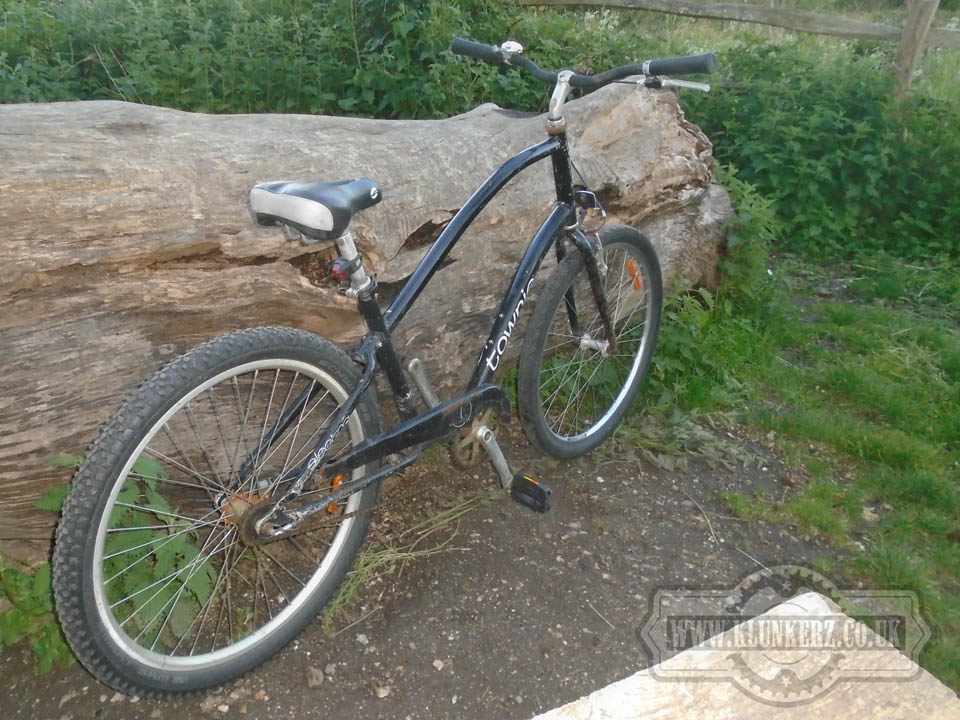 Tonight I was looking at the sky while eating my tea and thinking that tonight would be the first evening ride of the year. I also thought that as it was my first evening ride for the year it should also be the first ride of the Electra Townie of the year. It was right at the back of my rideable pile of bikes so it took a little while to dig it out, but once it was out I was off. Unfortunately for me it turned out to be another first for the year, and that was my first pooch strike of the year! Man alive I wish folk would keep their dogs under control when they're walking along the cycleroute. But it's the first pooch strike in over a year as the last one was way back in January 2020. Sadly this isn't because the owners have got better at keeping their dogs under control, but I've got better at spotting them. But not tonight, althogh to be fair I did manage to spot it before it went under my back wheel, and somehow managed to scoop this little Terrier up with my foot as he tried to go between my wheels as he ran out from under a small bush. The little fella yelped as he glided through the air before landing in the river with a little splooosh! I looked back and he looked happy enough as he paddled towards the river bank, the owner however did not look so happy, and was still yelling at me as I rode out of earshot! Hopefully I'll not have another pooch strike for a while! 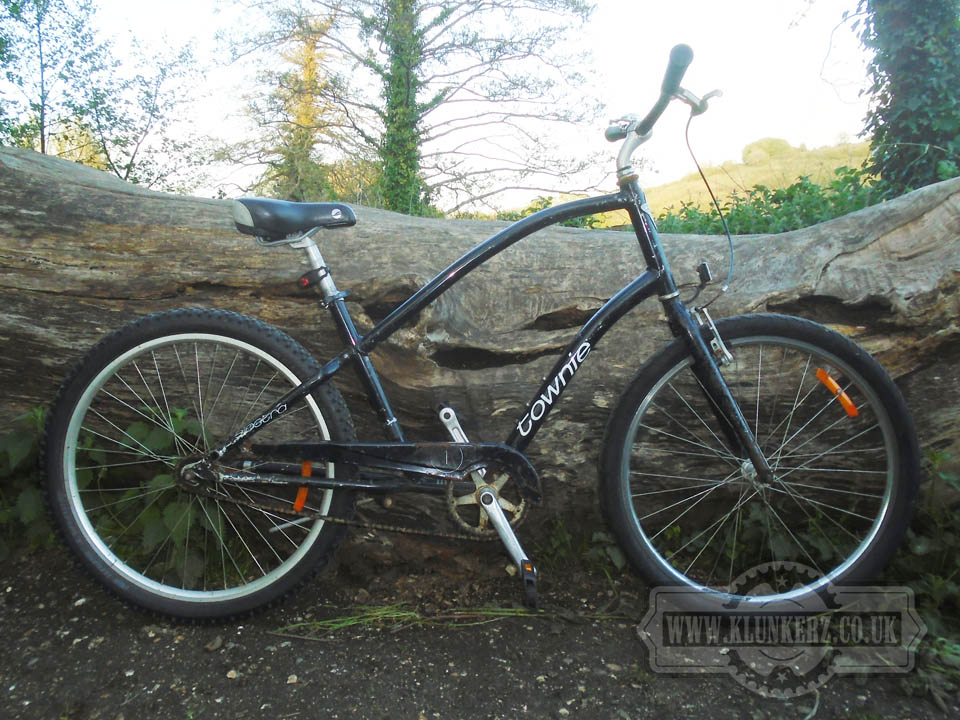 Anyway, despite this little encounter the rest of the ride went quite smoothly. It was a bit chilly, but atleast it was dry. One thing I did notice however was that my frame seems to be making little tink-tink-tink noises as I ride along. I remember last year while I was riding this thing that it did that, and I just put it down to it being an aluminium frame, and figured that maybe thats just what aluminium frames do, and thought no more about it. Being a fan of crap bikes from the cheap end of the spectrum as you know my bikes are pretty much all steel framed and made from old gas pipe. Having a bike with an aluminium frame for me is like bordering on exotica! But this year amoungst the job lots of bikes I've bought I've had a couple of bikes that had aluminium frames, both Treks oddly enough, and both have had badly broken frames. Added to that a friend of mine who is also into bikes has been riding an old Ridgeback for years which has an aluminium frame, and about a month ago that frame just snapped as he dismounted his bike. So what I am wondering is if this tink-tink-tink is just a normal aluminium frame sound, or has my frame turned into a ticking time bomb, and it's only a matter of time before it cracks? Perhaps more importantly, the other thing I wonder is, if it should crack will it be slow, and therefore give me time to notice it and react, or will it go quickly, and just snap off? My feeling is that it may not give me enough time to react. I don't always wear a helmet when I ride, I know I should, and I always do when I'm riding with my two little Monsters, but on my own, along the cycleroute... Mmm, not so much! Perhaps with this bike as well as inspecting the frame often I should wear a helmet and not ride at speed.

I thought about all of this as I rode along, I don't like coming off my bikes, I never have, and infact in the past I have been quite badly hurt, and even scooped up by an ambulance once when I came off. That was nearly 40 years ago, and even sitting here, thinking about it and writing it feels very uncomfortable, and has caused me to rub my face, and feel my jaw where it got broken. They say that time heals all, but to be honest, thinking about that dayI can still feel the pain, and it's uncomfortable to even think about it, time has not healed that little incident in my mind at all.

My feeling is that I'm going to have to keep regularly checking this bike, and pay a bit more attention to the tink-tink-tink noises it makes. I don't really want to get rid of it, I really like this thing. But I don't want it to break while I'm riding it either, that would be bad! I do find myself wondering if I should stick to what I know and love, heavy old cheap steel bikes that will take a fair bit of abuse (and weight) and still be good to ride. I don't know, I'll have to give it a bit more thought, but for now, lets ride... But perhaps just a bit more carefully than before!