The last time I rode this was the beginning of Summer, at the time I was concerned that my frame appeared to be making little tink-tink-tink noises as I rode along. I remembered that last year while I was riding this thing that it did that, and I just put it down to it being an aluminium frame, and figured that maybe that's just what aluminium frames do, and so I thought no more about it. Being a fan of crap bikes from the cheap end of the spectrum as you know my bikes are pretty much all steel framed and made from old gas pipe. Having a bike with an aluminium frame for me was like bordering on exotica! 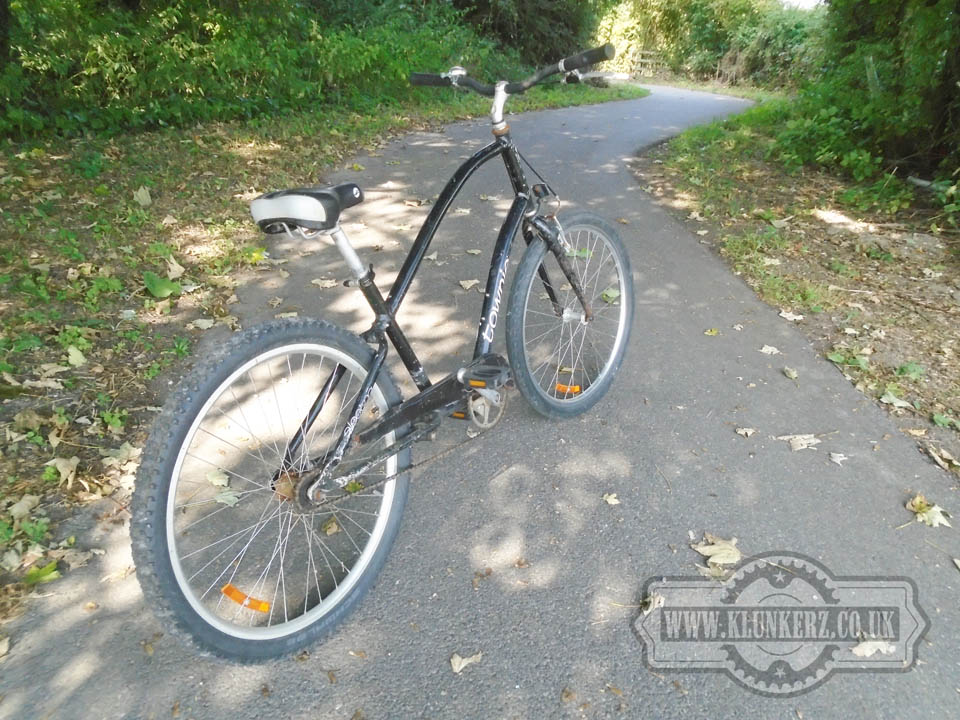 However, this year amoungst the job lots of bikes I've bought I've had a couple of bikes that had aluminium frames, both Treks oddly enough, and both have had badly broken frames. Added to that a friend of mine who is also into bikes has been riding an old Ridgeback for years which has an aluminium frame, and earlier this year that frame just snapped as he dismounted his bike. I found myself wondering if this Electra Townie with its tink-tink-tink sound as I ride along is just making a normal aluminium frame sound, or has my frame turned into a ticking time bomb, and it's only a matter of time before it cracks? I'll be honest this worried me a little as crashing off my bike onto the ground is definately my least favourite cycling type activity. I try to avoid it if I can, and with that thought in mind, I've sort of been avoiding riding this too. 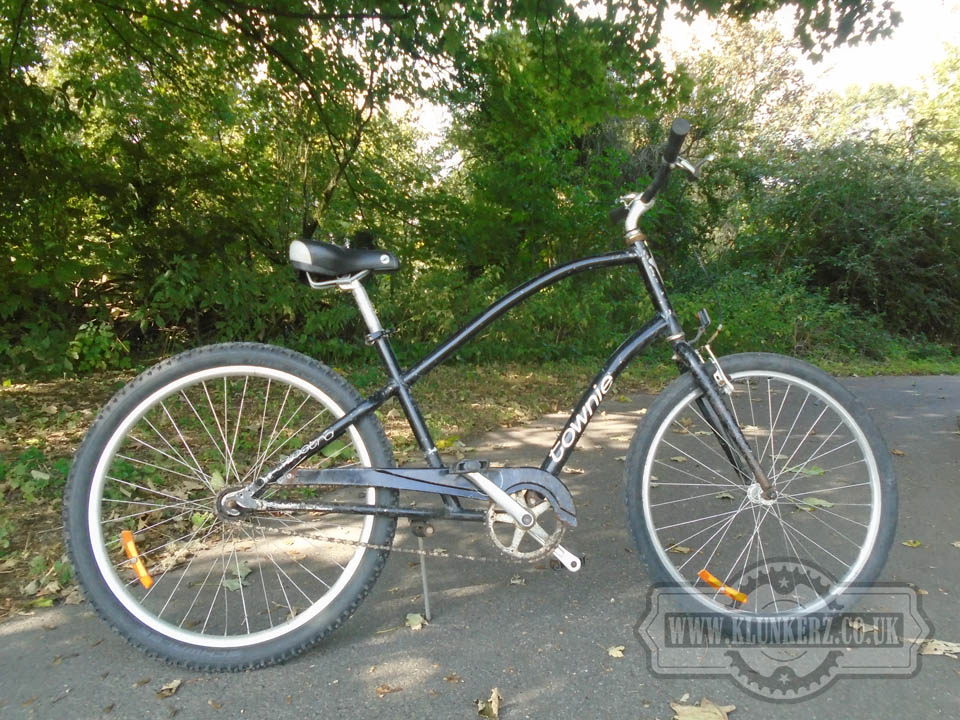 But while digging through my bike collection trying to find a bike to go riding with her Worshipfulness on I discovered that a good few of my bikes once again had punctures, including the Bikini Hurricane, and this Electra. So much like the Bikini Hurricane, the Electra Townie got a good dollop of Slime tube sealant, some new wind installed in the tyres, and I was ready to ride. 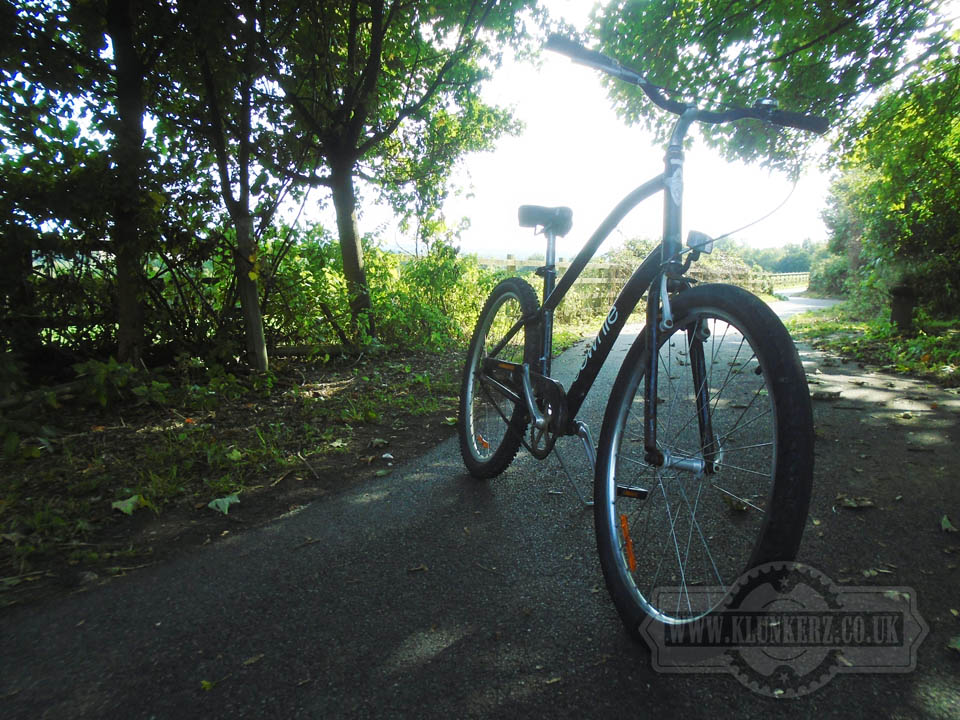 I headed out along the cyclepath to the Viaduct on my normal cycle test route, my big ears not only flapping in the wind, but listening out for any of the tink-tink-tink sound that I noticed the last time I rode this. It was there alright, but not like before. This time it didn't seem to happen as often as it did previously, and it didn't seem to be as loud. I don't know if this is a cause for concern or not. The thing is, I've managed to lose a couple of stone this year, and so I'm wondering if because of the weight loss is the Electra frame not flexing so much as I ride? I'm sure that all bikes flex a little bit no matter how heavy the rider is, but could it be possible that at 18 stone I was just too heavy for it? Now I'm a shade over 16 stone am I just not causing as much flex? Further more if I was too heavy, will that weight have started the damage to the frame, and even though I've lost a bit of weight, will that damage continue to get worse? I dunno, but I think I need to keep riding it, and keep listening out for any strange noises it might make while I ride. My feeling is if I could lose a little bit more weight then perhaps it won't make any strange sounds at all? Although, to be honest my weight loss seems to have plateued at the moment, but hopefully I can still take it further.

Anyway, all that aside this thing does ride very well indeed, and for a single speed bike I seem to be able to ride it quite far, and quite fast without any problems at all. Having said that though I did pass a big glass shop front on the way home, and noticed that I look nothing like the vision of how I look riding this thing that I have been carrying around in my head since I started riding it. But instead, due to the seating position with my feet out infront of me, and the handlebars stretched way out infront I kinda look like the Hunchback Of Notre Dame on a bike. Not a good look at all, and if I'm going to continue my delusions of how cool I look when I ride bikes like this I think I'd do well to avoid any sort of large reflective surfaces. That, or perhaps I should just not wear a back pack when I ride.