Okay folks, I wanna talk about the Magna Fugitive, this thing and I have a long history, and I have been harboring a Fugitive since September 2017, and frankly I see no sign of giving it up just yet. Even though I actually sold once, only to find the bare frame at the tip about a year later, and take it back home to build again. I regretted it when I sold it, and now that I have it back again I doubt it'll be leaving me, unless of course, someone decides to help themselves to it while I'm not looking. 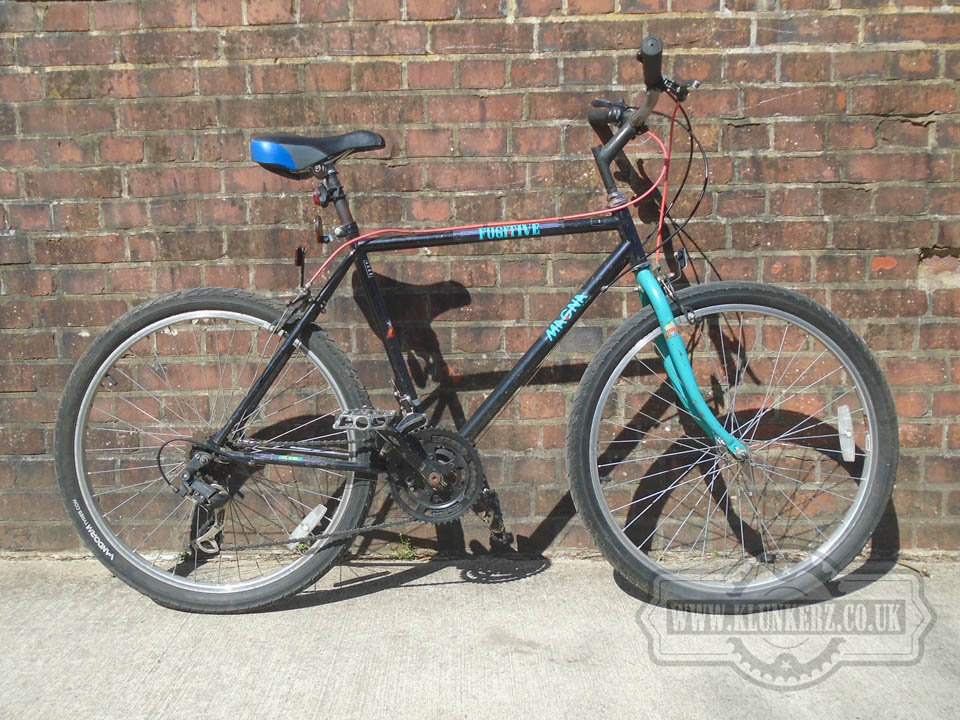 This thing has had more makeovers than any bike I've had, except for maybe the Diamond Back Topanga. However, unlike the Diamond Back Topanga it would seem  that no matter what I do to the Magna Fugitive it responds well to it, and is always very pleasant to ride. Even when I throw it together with the worst parts I have in my stash it still seems to ride beautifully. Infact, I reckon that if I'd have used all the bits from the Topanga on this bike it would've been amazing. I always find myself wondering when I'm out on this bike why a budget bike from the budget end of the budget bike spectrum is so damn good? Crazy man crazy!

So here we have it in it's current incarnation. I put this together the best part of a year ago just because I had managed to get hold of a few bits that were far better than the bits that were on there at the time. As usual with this thing, with the new bits installed it rides very well 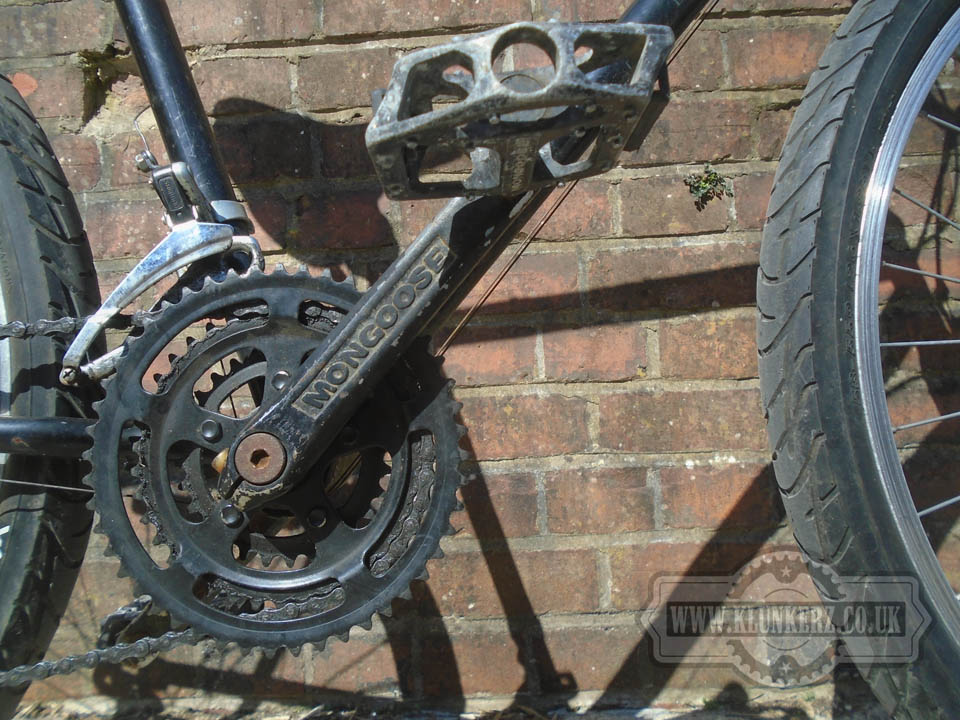 I managed to pick up a load of bikes from the tip and on one of them had a three speed chain ring on a single piece crank, and as I already had and like these Mongoose cast steel crank arms that I have had on the bike for a while I decided to keep with them, and just swap out the chain ring. I know that they're rediculously heavy, and almost certainly no more beneficial than the regular single piece cranks, but to look at they are so cool in my eyes. Honestly though, it easily weighs as much as the frame! 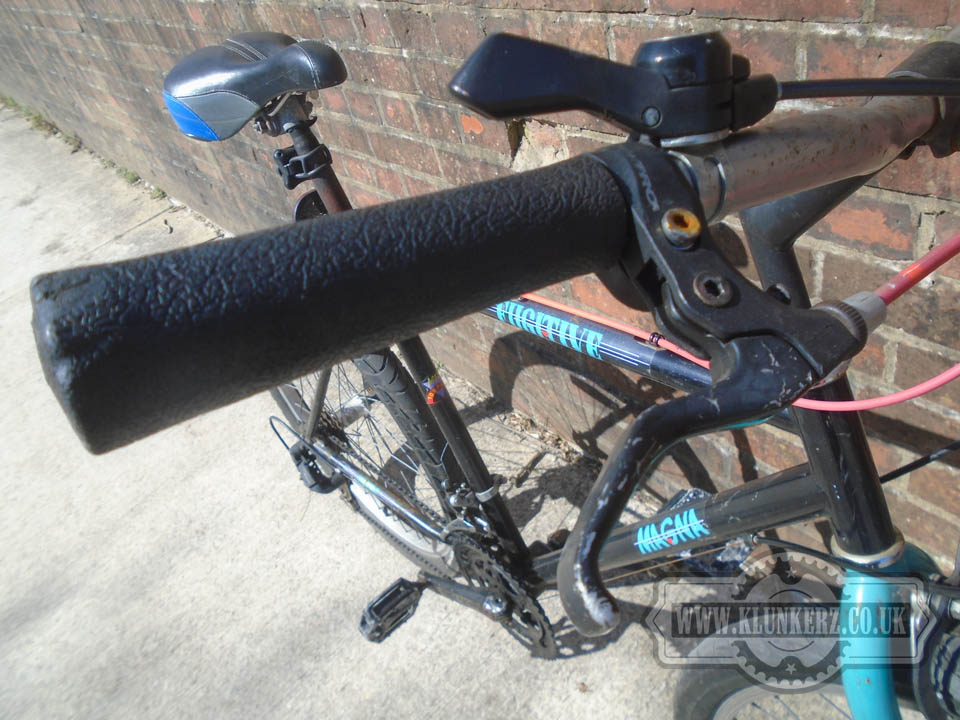 I've no idea what these grips are called, my feeling is that they're just cheap-ass generic budget grips as they're pretty much the same as the grips that this bike came with when I originally found it back in 2017, but I do like them, and have them fitted to several bikes in my collection. So when a set turned up on an old Saracen I decided that they would be far more beneficial on my Magna than on the Saracen that I would be selling. As I was going from a single chain ring up front to a triple I knew I'd be losing the back wheel to one with more gears too, and as the new wheels wouldn't have a coaster brake I figured that the same Saracen might as well donate it's friction shifters and brake levers to the cause too. the saddle originally called a Fat Boss BMX frame that I found abandoned in the field home. It then went on my first Daewoo Genius before finding it's way onto the Magna Fugitive about three years ago now. It's still pretty comfy, but sadly it's starting to show its age, and it's starting to pull apart at the seems a little bit. So for it's next incarnation I may try to fit a better seatpost, and a new saddle. 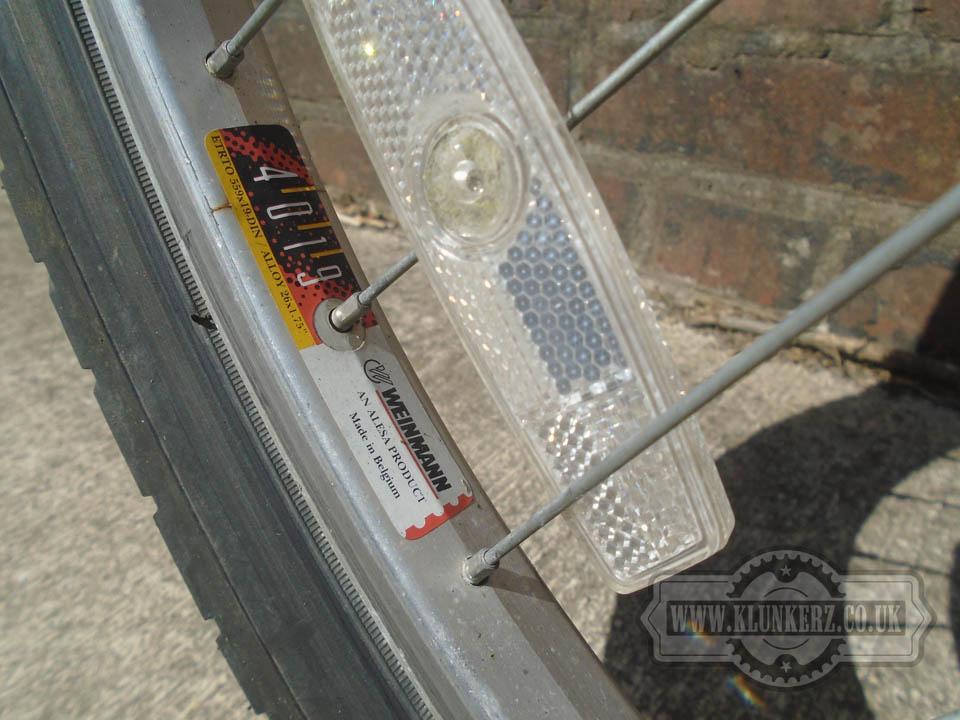 The new (to this bike atleast) Weinmann wheels previously called a Kona Lava Dome home, but they looked pretty good to me, and so were donated to the cause. The rest of the bits were scavenged from my  stash. With all that done I've got to say that I was pretty happy with the way the bike was now looking. It's actually looking very much like it did when I first started swapping the original parts for the much better parts five years ago or so. I remember thinking five years ago when I first started fettling this bike that with my first attempt at modding it I made it look so much better, and it rode better too. I was pretty pleased with it back then, and to be fair I'm pretty pleased with it now. 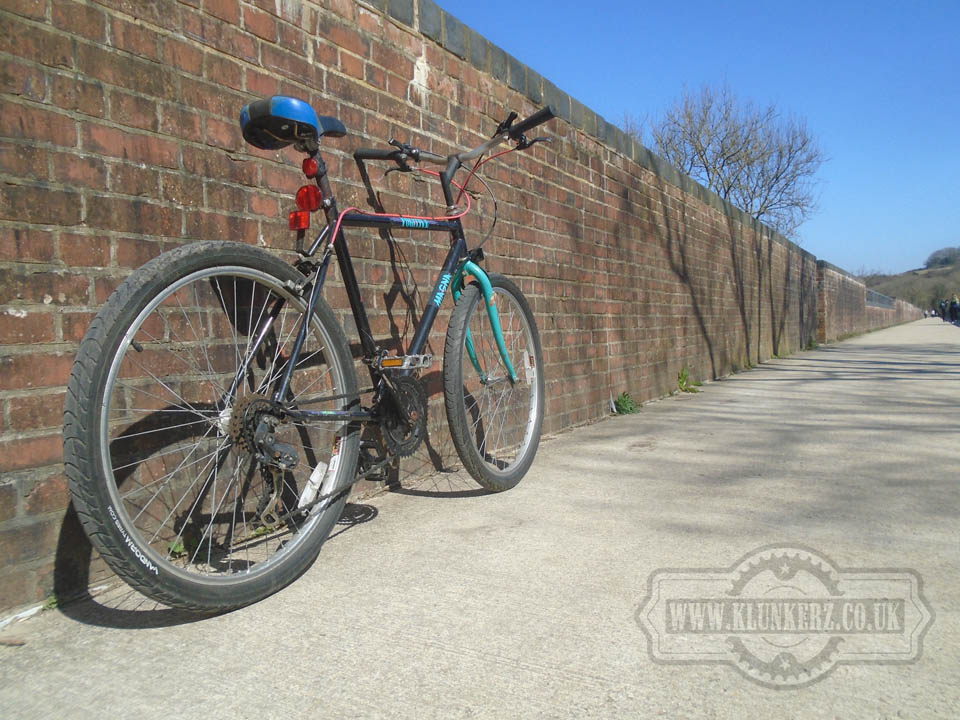 But how does it ride? Well I know you'll probably find this hard to believe, but it is unbelievably nice to ride, so nice infact that I've been riding it a fair bit lately! It's just superb. Am I going to sell it? well, I doubt it, it is much better than it looks, but at a quick glance it's just some old mountain bike, and this is what makes it so cool in my eyes. Of course it's nowhere near finished yet, just lately I've been stripping down some of the bikes that I want to keep, but not ride at the moment. Some of these, like the Univega Rover I plan to paint, and then when funds allow re-build with brand new parts. My feeling is that with the Magna Fugitive I'll never re-paint it, and so good used parts will always look good on this bike. So as I've got a good little selection of good used parts from bikes like the Univega, and the Real Easy my feeling is that some of them will find their way onto this before too long. I doubt that it'll ever be really finished, it will just constantly evolve as I continue to fettle it and enjoy riding it. I think it really is a keeper...