Okay folks, today the topic of conversation will be the magnificent Daewoo Genius! Alright, it's not magnificent, but still it's pretty sweet even though it's from deep within the crap end of the cycling spectrum, but I love it, or at the very least, I like it a lot! 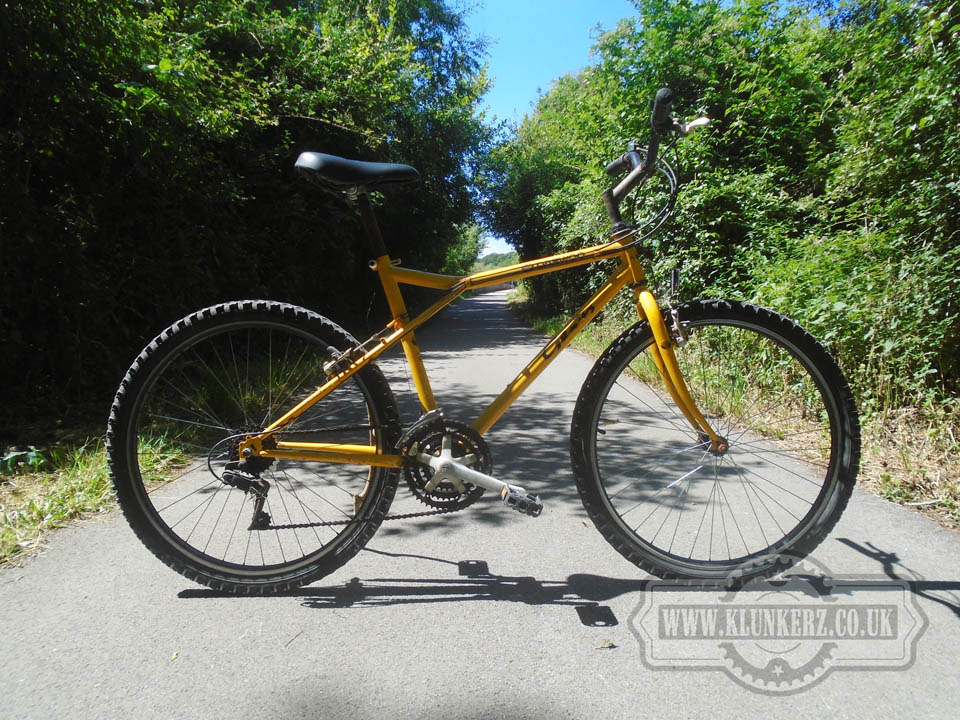 When I dragged this thing home the best part of 18 months ago I had plans as to what I wanted to do with it. Pretty soon I discovered that for what I had in mind the frame just wasn't going to work. I figured that I would just put it back up for grabs, but the thing is I quite like these crappy little bikes, and so another plan was hastily formulated. The problem with this plan was that it involved spending far more money than this bike would ever be worth, and so, with better things to spend my folding stuff on, the Daewoo languished in my massive pile of bikes that I'm gonna do something with someday... Until last week. 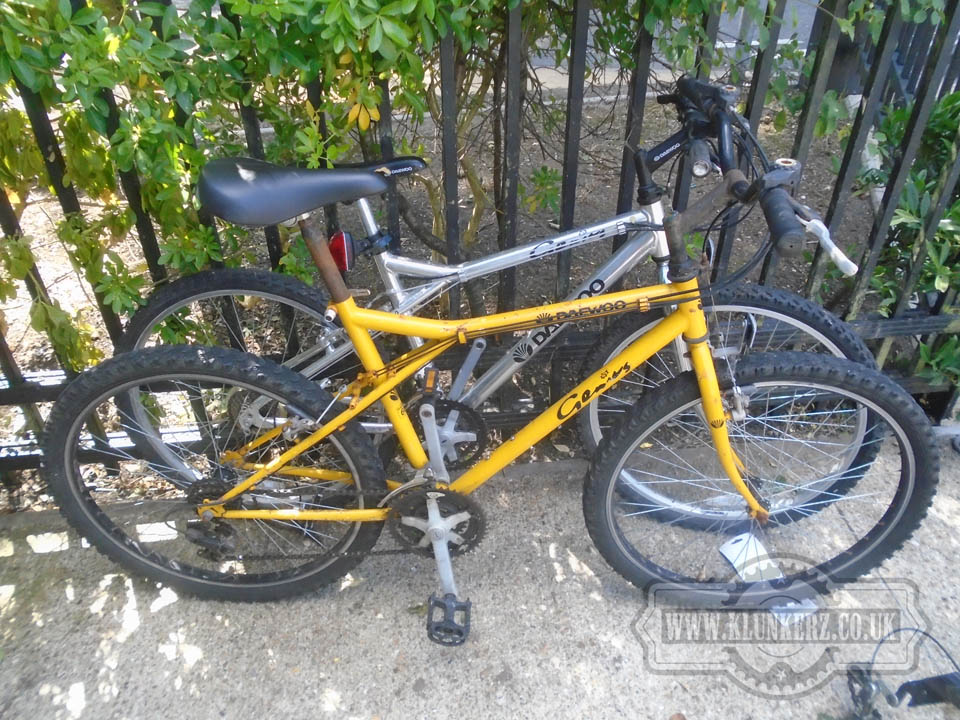 Last week I wandered into the tip and saw  an aluminium framed Daewoo Genius. I remember thinking that I'd like to make mine a little bit lighter, and filled my fleabay watchlist with all manner of bike bits made from lighter materials than old steel gas pipe. But here was a complete bike similar in every way except the frame is aluminium and therefore already lighter. The trouble was, some fella had been in and bought all the bikes. The thing is this fella has been coming in for several weeks now and just buying all the bikes for next to nothing. He doesn't seem to care how good they are, he seems to be interested in quantity over quality. In fairness to this fella he's probably saving me a fortune, but still, here was a bike I wanted. Irritatingly he doesn't seem to take them when he buys them, he leaves them there for the best part of a week or so before he collects them. I felt like he was taunting me, but in the end I figured that as I already had one, albeit with a steel frame, why not drag it out and atleast go for a ride on the damn thing. 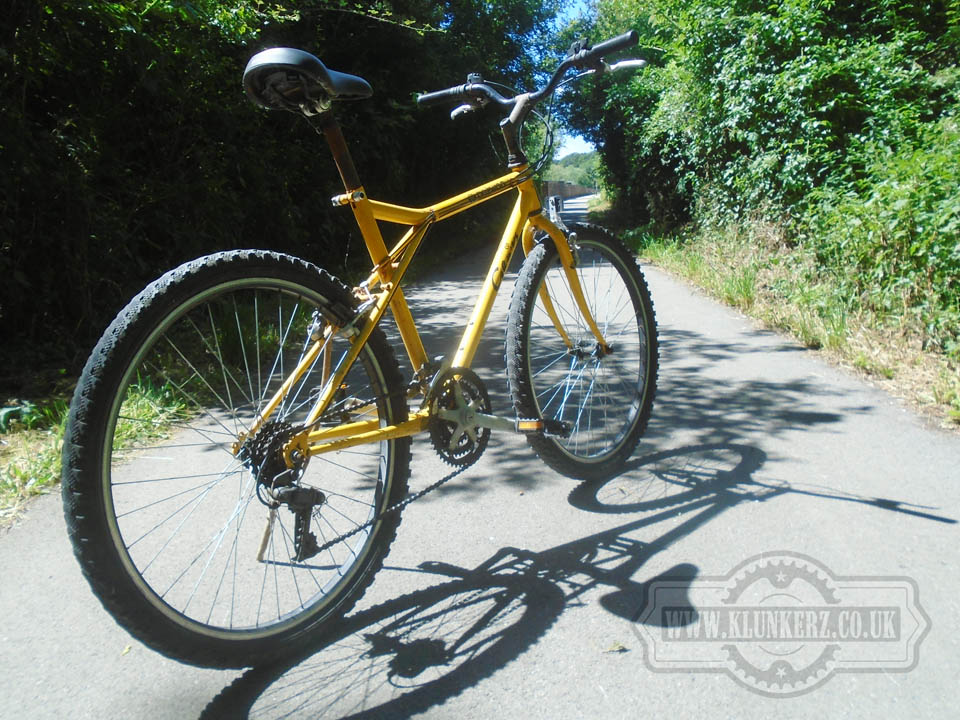 As Luther Vandross sang in his 1994 cover of Steven Stills 1970 hit Love the one you're with, And if you can't be with the one you love, honey Love the one you're with. I headed home, and straight to the back yard to re-kindle my love for this rubbish. Despite it's lack of use for probably well over a year it's tyres were still hard enough to ride, so it was dragged out, and off I went. I went straight back to the tip to get a snap of them both together. I wanted to see how similar they are, and  as you can see, they're very alike, although the aluminium frame seems ever so slightly smaller, but with that done, and another poor attempt to get them to sell me the bike I headed off for a ride. Once again my mind filled with ideas about what I'd like to do to this thing. 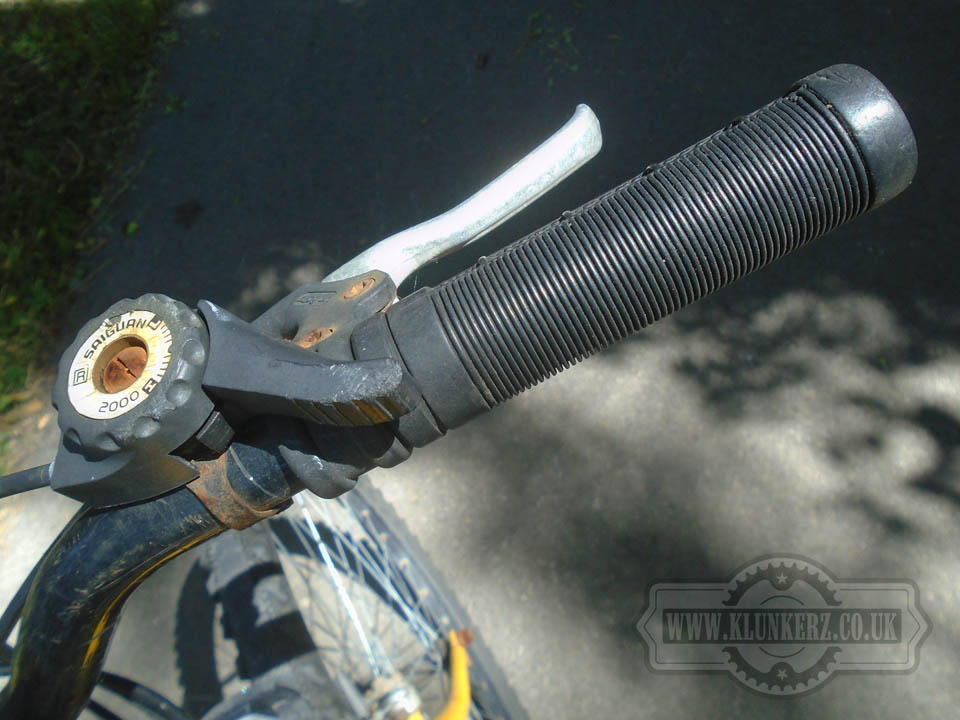 As I rode along, my mind deep in thought about what I wanted to do with this bike I found that for some reason I was fixating on the shifters. They're nothing special, infact being the cheapest of the cheap plastic shifters they're probably the least special shifters I've ever had. But... They work so well. Over the years I've probably swapped out dozens of sets of friction shifters like these for some sort of SIS type shifter, but why? Friction shifters don't need any kind of faffing around setting them up, they pretty much work straight away out of the box. I'm making no promises here, but if I can find a decent looking pair of friction shifters I'll probably put them on this thing, they may well also find themselves fitted to other bikes in my crappy collection too. 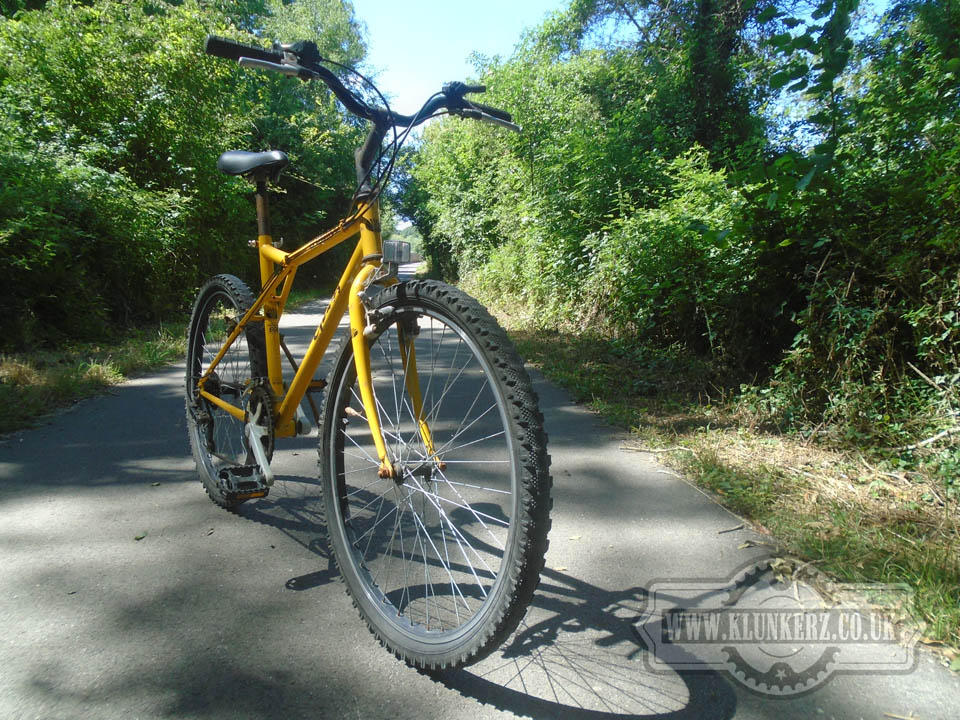 With the ride over and new enthusiasm for this bike installed I headed back to BelongaClint to start surfing fleabay for parts that I don't already have in my stash. I'll be honest, I'm not really sure where I am going with this yet other than to make it the best version of a Daewoo Genius that I can. Which I suppose is what I always aim to do with every bike I play with, because let's face it, you really don't want to build a worse bike than what you're starting out with do you? So that's the plan, ride, fettle, ride, fettle, and so on. But first, would you believe I've got a puncture to fix? I guess I shouldn't complain, I've not even had one puncture a month this year... Yet!

Updates as they occur, so until next time, have a great day gang... Lets ride! 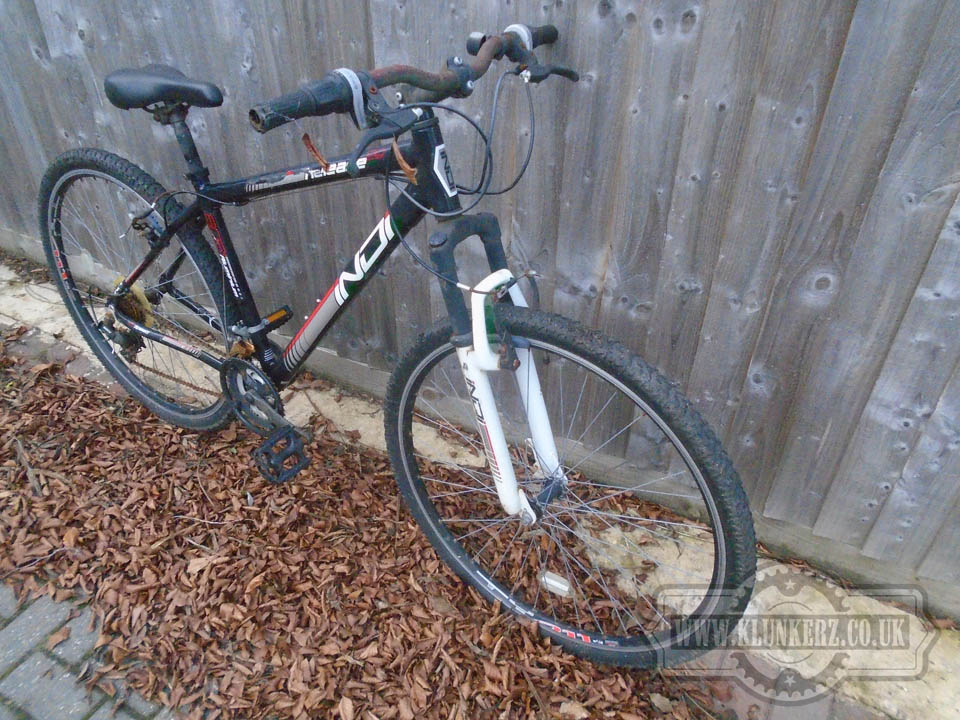