July 25, 2017
In todays episode I want to talk about some of bikes I dragged out of skips on the roadside. I'm going to start with this thing, and honestly, THING really is the right term to use! 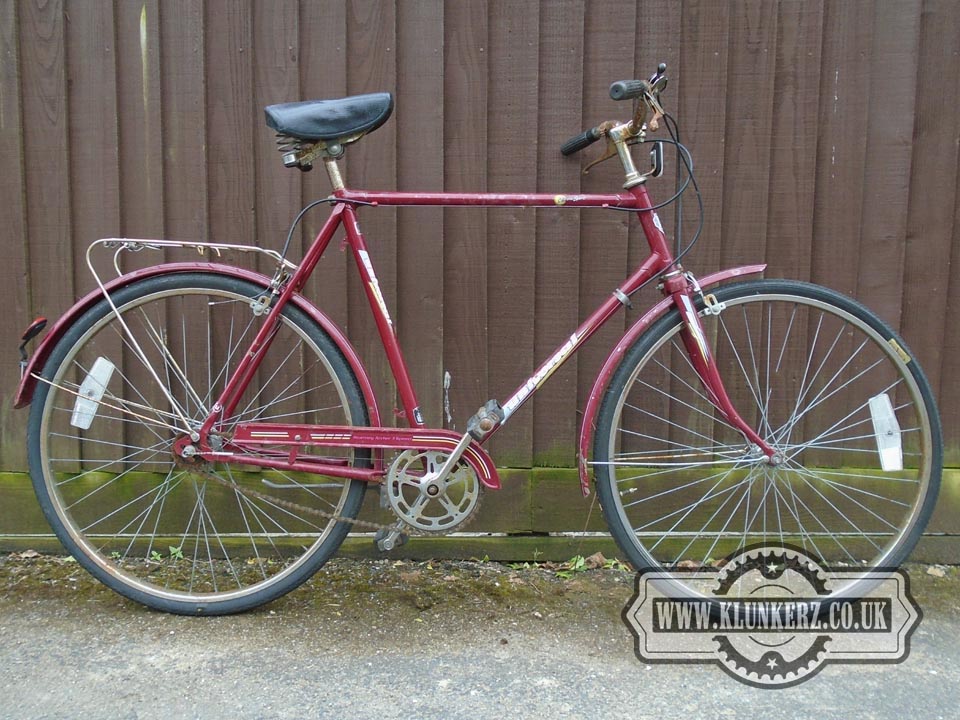 I dragged it out of a skip, and after riding it the mile and a half back home to BelongaClint I could genuinely see why it was in the skip, it rode horribly! It is a Universal Cycles Riviera Spoart, and at first I couldn't work out why it was so horrible to ride. I faffed around with the seat, and the handlebars, but I could never get them in a position where it was comfortable to ride. The whole time I felt like I was perched on the handlebars when I was riding it, and not sitting on the seat, it almost felt how I imagine it feels to ride a Penny Farthing! It was an odd riding experience, and every time I tried to ride it I felt like at any moment I would be going of the handlebars! I couldn't work out what was wrong, until I parked it next to my other bikes of a similar style, and suddenly it was obvious. The frame was 2" shorter that all my other bikes, now I realise that 2" doesn't sound a lot, but according to Mrs Clint an extra 2" can make all the difference to your ride! As I've absolutely no idea what she's on about, I guess I'll just leave it there! 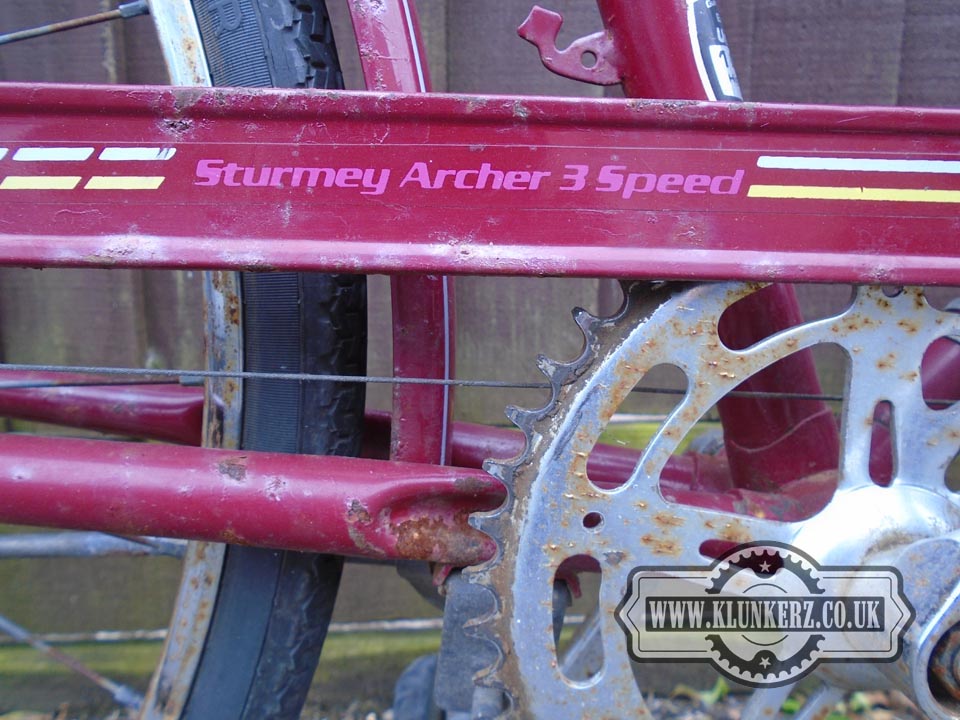 The one and only good thing about this bike was that it was equipped with a Sturmey Archer three speed hub, and therefore it made that lovely tick-tick-ticking sound as you rode it, I love that sound, it's the sound of my youth! Anyway, as luck would have it I managed to find someone who wanted this thing to build a racer from, so I let him have it, and I wish him all the best with the damn thing lol!

The next two bikes I found were both in the same skip, and they are both of the Shopping variety... 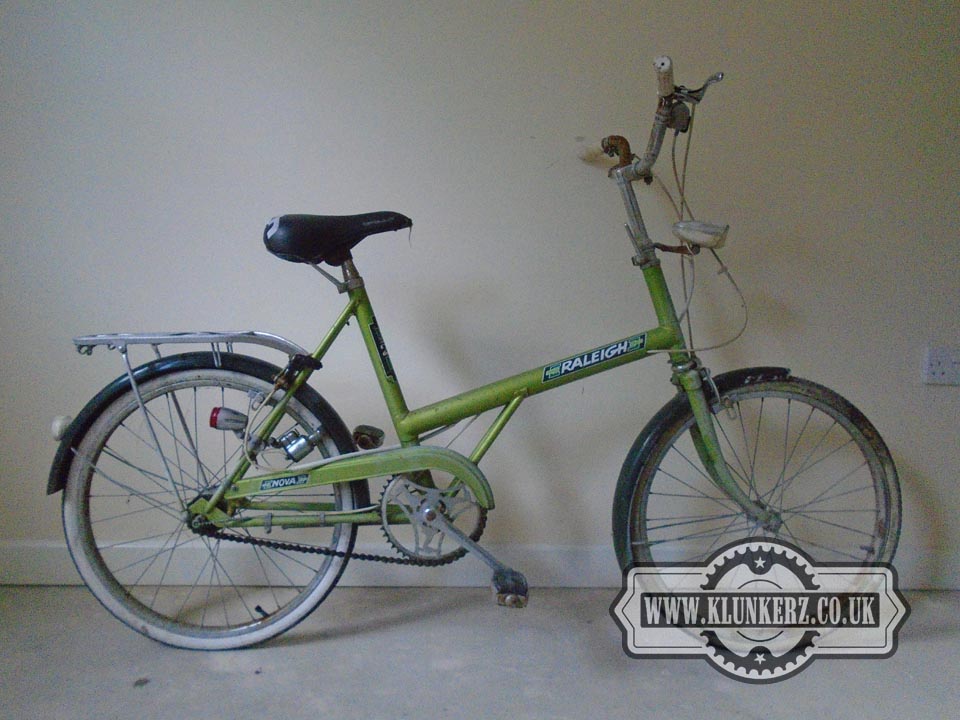 First up, this Raleigh Twenty. Now for me I've always dismissed these bikes in the past when I were just a lad, but times have changed, and these days when I see old shopping bikes I reckon they look pretty damn cool. 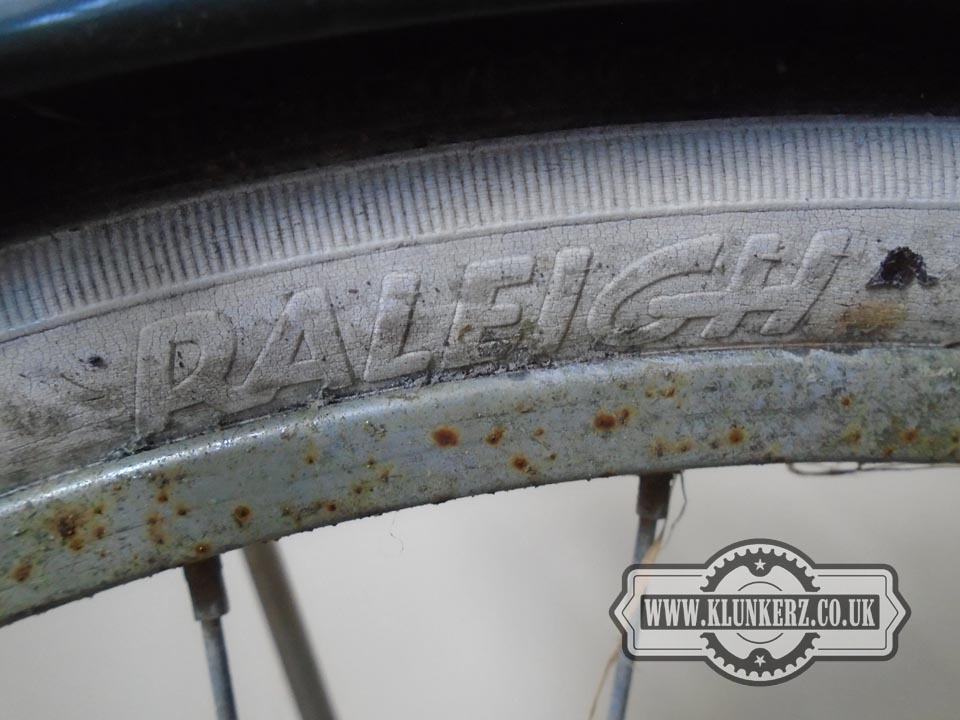 I'm guessing that this thing was original right down to the tyres on it, which I reckon were probably getting on for thirty or forty years old, and very flat. However after installing some new air into them I was off, and it was rideable! The back brake cable was siezed solid, but apart from that everything works as it should! 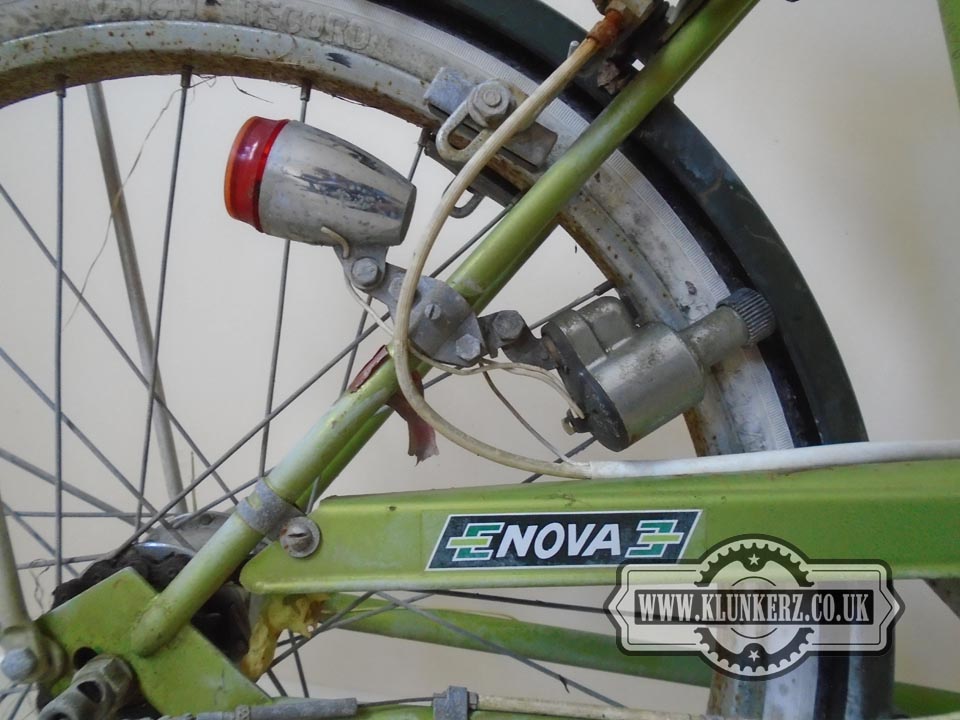 Even the dynamo worked, as I found out when I took it out for a couple of late evening rides... Just call me nightrider... Hmm... Actually, lets not do that, I don't have the perm! But anyway the lights were Marchal lights, and even though they were a bit grubby on the inside they worked ok. 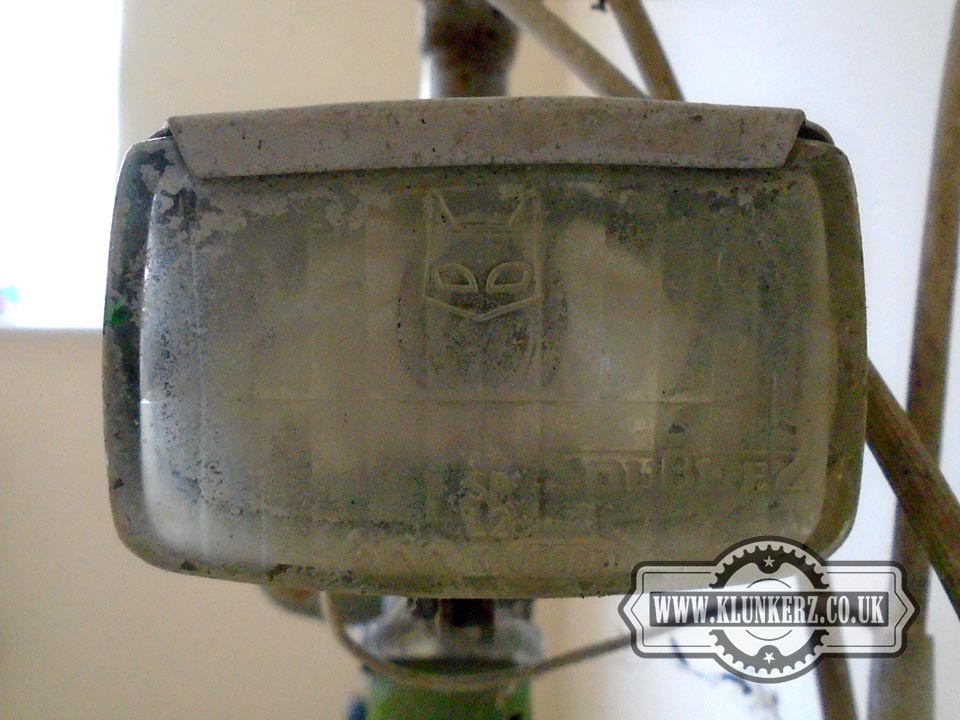 I never realised that Marchal made lights for bikes, when I was a kid there were basically two kinds of lights, Ever Ready, or Wonder Lights. Although having said that I wasn't not a big inspector of bike lights, I just wanted to ride the things! 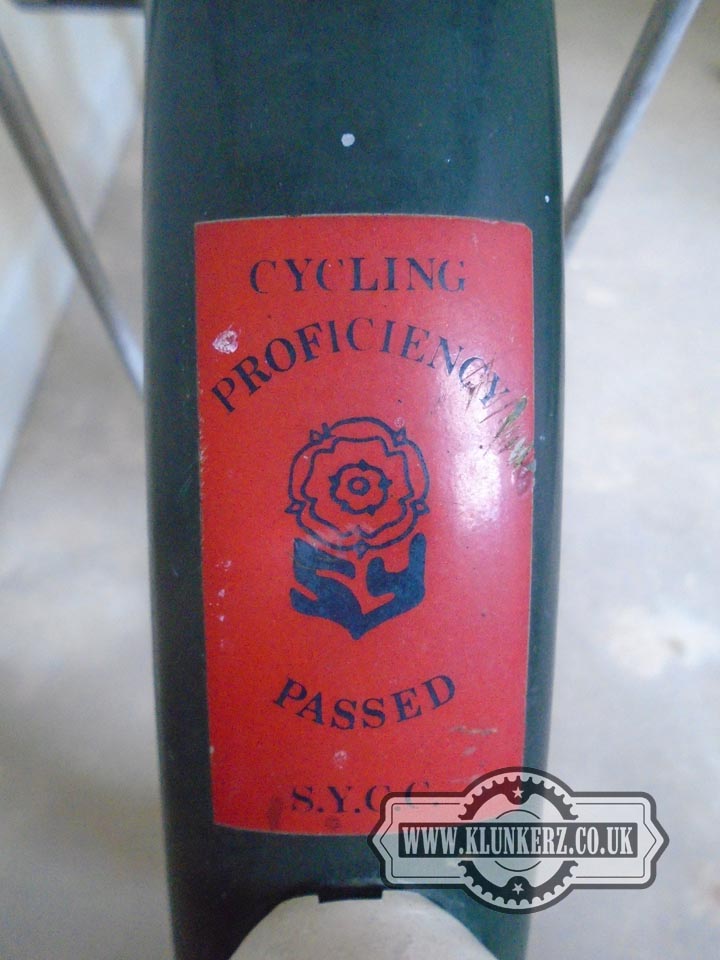 The good news is that whoever originally owned this bike did actually manage to pass their Cylcling Proficiency! I wonder why they don't do that at schools anymore?

The other shopping bike I pulled out of the skip was a folding(ish) type bike called a Record. 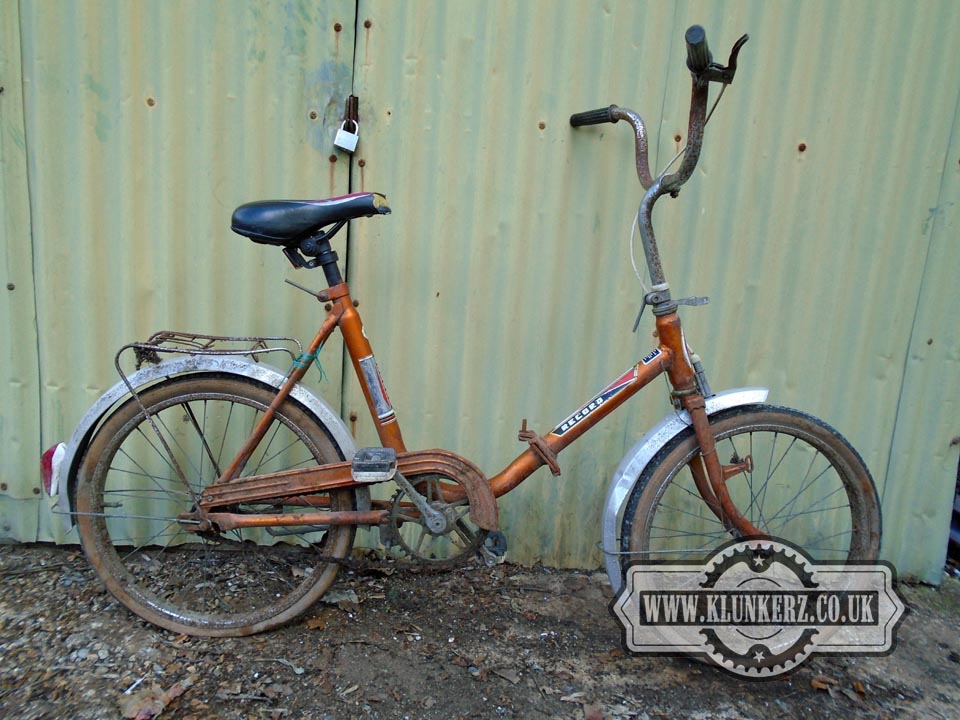 This had some quite unique features. I quite liked the two tone pedals for a start. 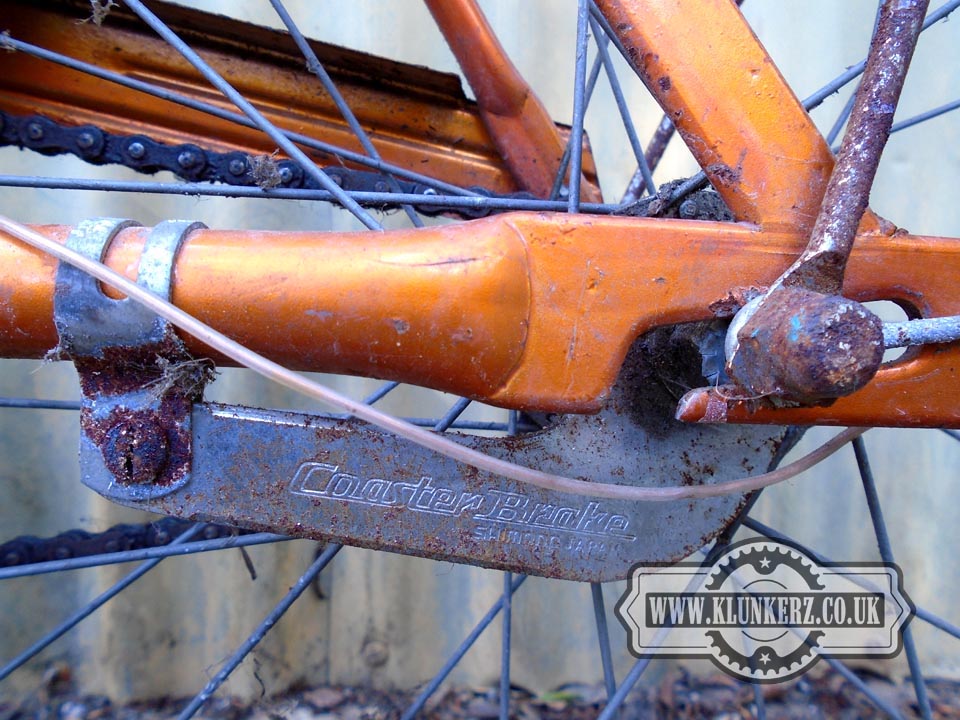 Although it was only a single speed maching the coaster brake was quite cool, however the front brake left a lot to be desired. 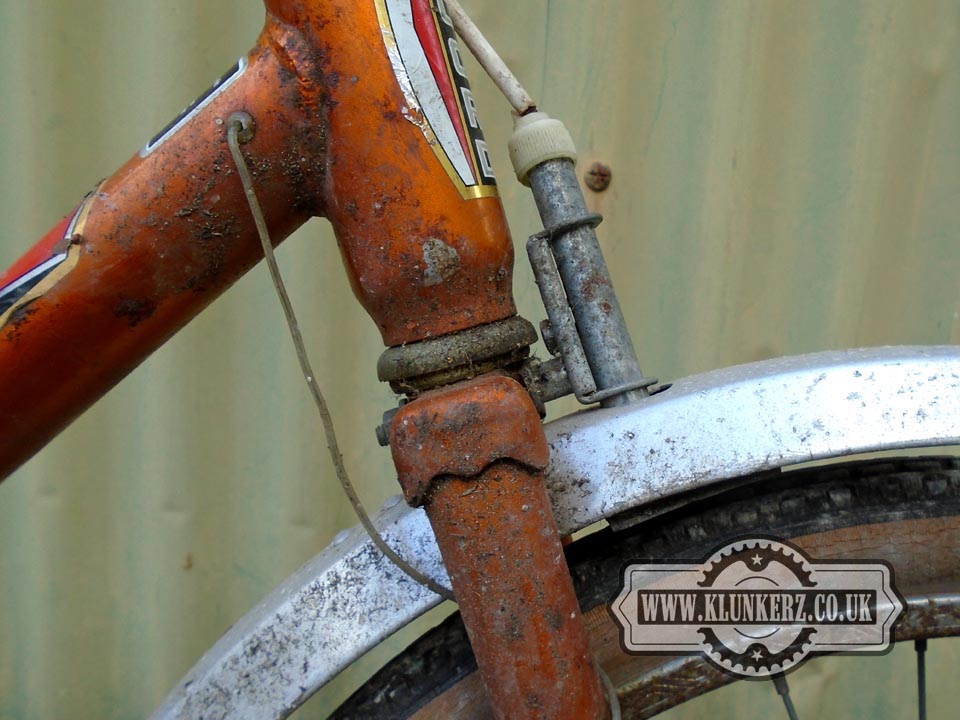 It just sort of pushed down on the front tyre, this seemed like a bit of a bodge to me, but it did work ok to be fair. Unfortunately I have failed to re-home this little beauty, and so sadly in the end I took it to the tip. I think that it's biggest downfall was that it wasn't so much a folding bike... 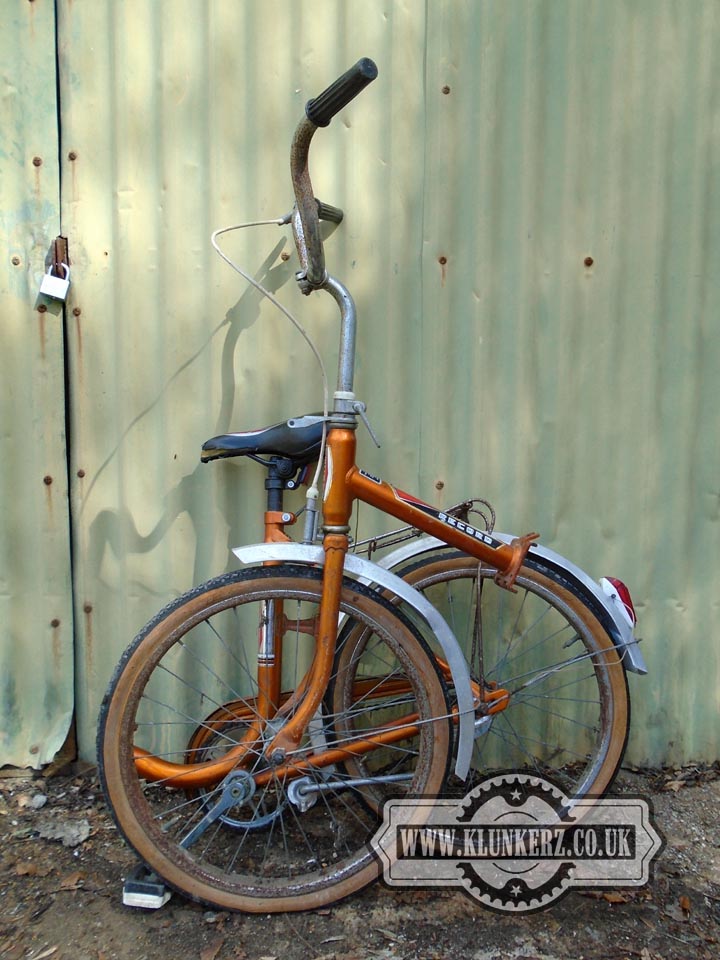 But it was more a bike of two halves, and the minute I showed people how to fold it I was met with a fair bit of, er, no thanks mate! I think I should've hung on to this really, but at this moment in time I have somewhere like 100 bikes, and you can't keep them all! So sadly it is probably masquerading as a baked bean tin now in the supermarket! Nevermind... I'll keep the next one, except that this is the first bike of this kind that I've seen, so the next one should be along when i'm about 92!