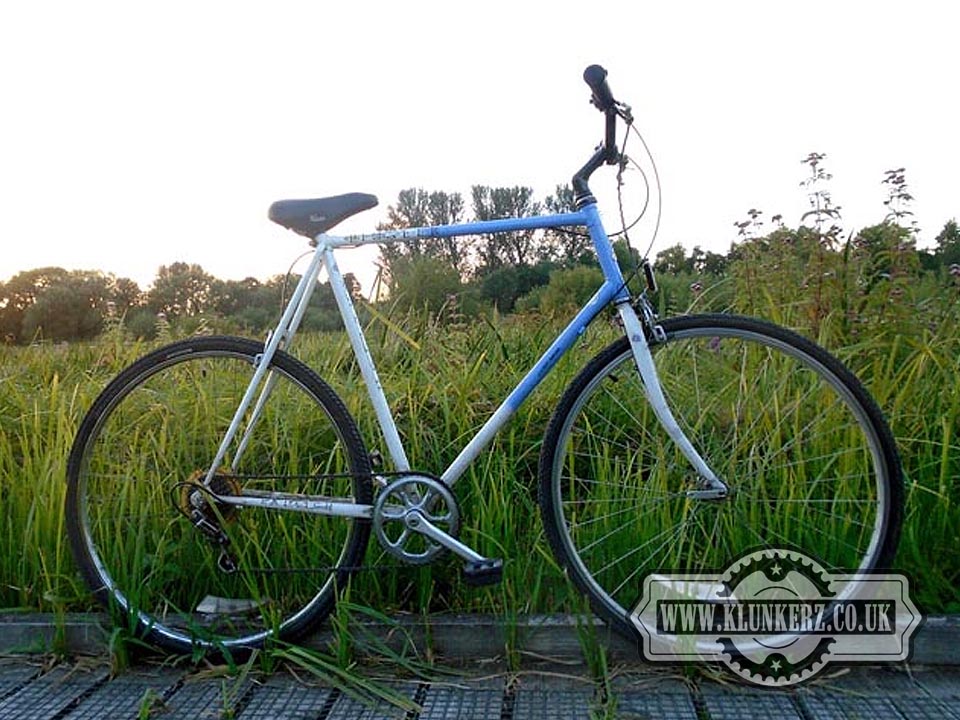 Look at that... Monster! 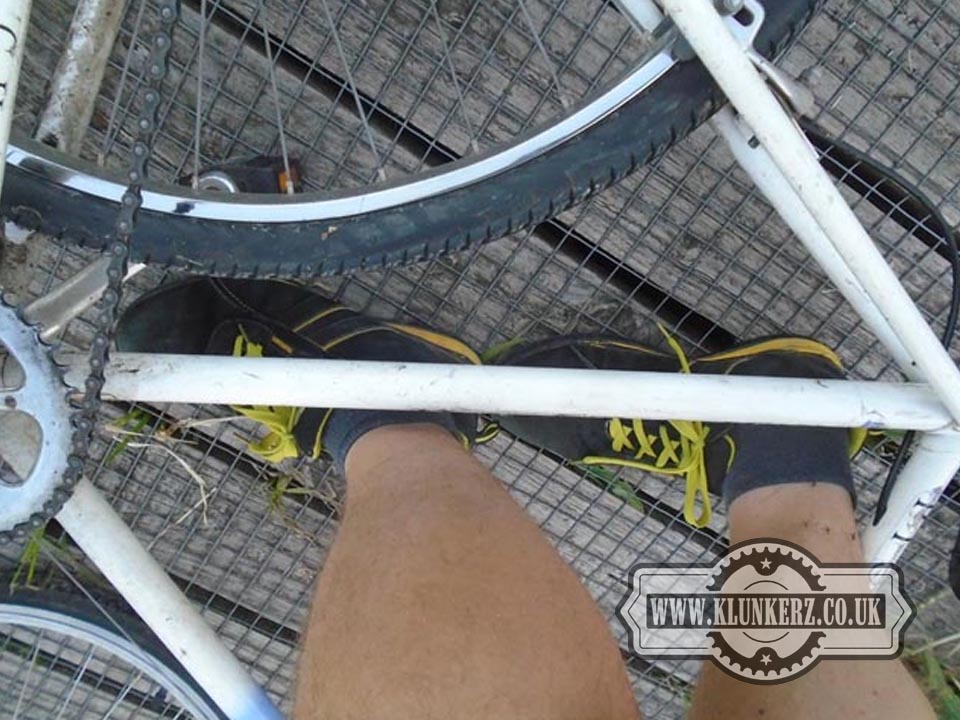 With a 24" frame which as you can clearly see is two feet tall, this is a big bike! With an inside leg of just 33" I felt that this was going to be a pig to ride, but surprisingly it was fairly easy! Definately a lot easier than that damn Universal Riviera Sport! I had to do minimal work to this beauty before it could be ridden, it was litterally find a seat, and seatpost, fit it to the bike (as low as the frame would allow!) Repair the punctures, a quick lube up, then the test ride! I headed out onto the boardwalk that runs across the moors for what should been a pleaseant evening cruise, and for the most part it was. The only thing was that every fly, midge, gnat, and all many of other flying insect seemed to be out, presumably heading to their mid-summers night ball or something! By the time I had got home I must've eaten about 2 billion insects, and I was pretty stuffed! But to be fair to the insect population they've had a pretty good feed on me too! Insects aside though it was a pretty good cruise round the moors. The Pioneer has just six gears, but on the flat boardwalk that was more than enough, and even going home up the hills I had enough gears to play with. And thats the thing, do you really need more than five or six gears? I find that most of the time for regular riding I only ever use three, my favourite mountain bike has 24 gears, and what do I do? I generally keep it in one of the middle gears on the rear wheel, and just go up and down the gears on the front cog! So really, for me as well as De La Soul, 3 is the magic number! 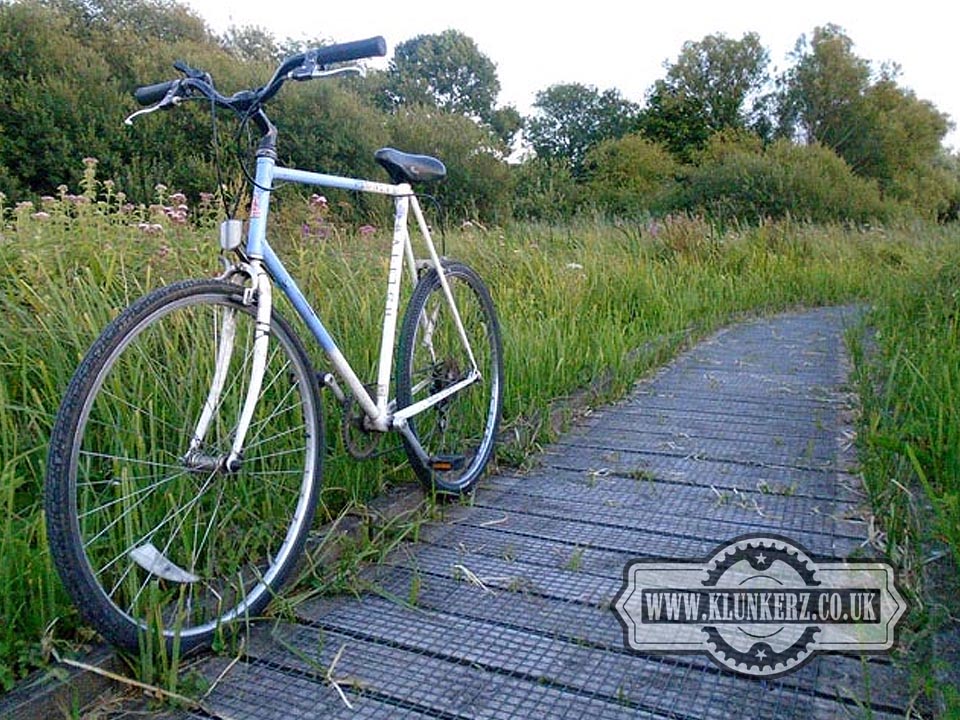 But I digress, I rode on for the best part of five or six miles for two reasons really, firstly, it was a lovely evening, and getting out there in the warm, and quiet evenings is quite relaxing, and secondly I know that I won't be keeping this one too long as I've not got the room, and I've got far too many bikes as it is, so I shall be trying to re-home this little beauty! As I cycled out onto the moors it would've been fantastic, without the somewhat vampire-esque tendencies of the local insect population, but as I sit here itching and scratching from all the bites I've recieved this evening I have to wonder if it was worth it? Well, no, no it wasn't lol. It was a good ride, and a beautiful evening, I was even treated to a glorious sunset... 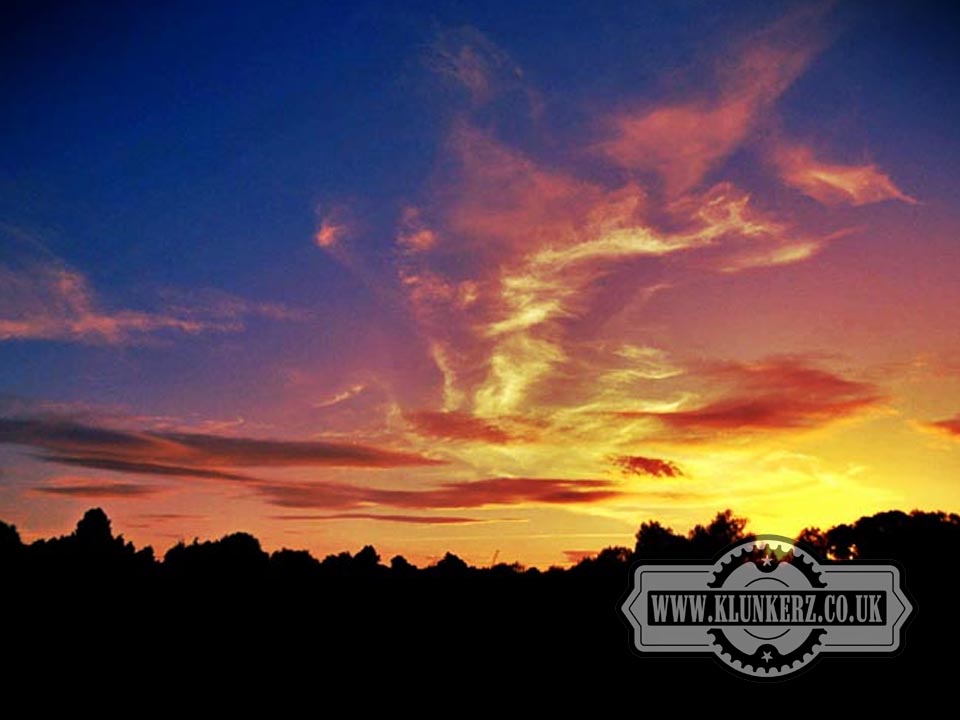 But frankly being treated as a snack for what my two little monsters teachers would call 'mini-beasts' is not what I had in mind for this evening... I hate that term... 'Mini-beasts' What kind of idiot thought that up, they're freakin' INSECTS, not darn'mini-beasts', why do we have to dumb it down for this generation? I mean... Hold on, lets stop that now before I go on a full Victor Meldrew rant... Mini-beasts... IDIOTS! But back to the ride, minus the insects, it was fabulous, the Pioneer rode really well, the gears worked as they should, and even with it's huge frame it was not a problem for my dumpy legs, riding for five or six miles it was quite comfortable, however, the seat that I had er 'liberated' from the tip had obviously been on a bike that had been left outside for a long time, and not ridden, as within about five minutes of riding I kinda looked like I had whizzed myself! Not a good look I can tell you, luckily I was wearing beige cargo shorts, so I don't think anyone noticed! The good news is however that for the next owner I have completely squeezed the saddle dry, that bad news for me though is my shorts are ruined lol. But am I going to ride it again? Yep, probably right up until the next owner has it, though I'll not be riding it through the moors again, I'm all done with being a snack for insects! Now for a nice long soak in a bath filled with calamine lotion! lol