September 09, 2017
My eldest monster has been on the lookout for a new (to her) bike. As she's 11 now she was looking for something like a small mountain bike with 24" wheels. I have shown her countless nice looking mountain bikes in good condition, but not one of them met with her criteria, and worse than that, she wouldn't tell me what her criteria was, so really I was looking in the dark. Like always I might add! So I'm wandering around an autojumble with her, and suddenly she says "There!" I said "There what?" She said, "There it is, my new bike!" She pointed at this rusty filthy looking thing. I must admit I thought it looked pretty cool, but I answered her with, "Good laaaaawwd!! Are you sure?" She just looked at me and said, "Yep, thats the one I've been looking for, now lets get over there, I don't want to miss out on it!" I faked a laugh and said, "Right-o." So she grabbed hold of the bike, and I said to the seller, "How much for that thing?" He said, "Give us a tenner mate." I said, "Five!" #1 monster said, "Daaaaaaad!" The seller said, "Seven!" I said, "Done!" and forked over the cash before someone else could buy it! So what did the older monster get for my seven English pounds? 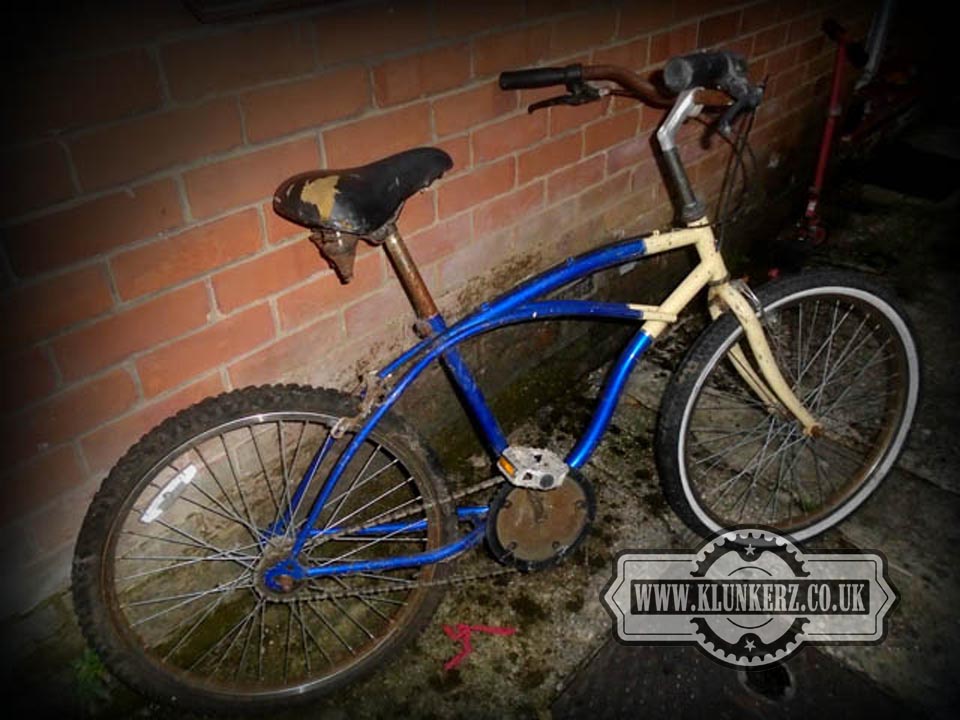 This, a 24" wheel Apollo Retro beach cruiser. Its a single speed machine, and she reckons it is fantastic (so do I secretly!) I must admit I am quite proud of her for choosing such a project when all her friends would've gone for the shiny mountian bikes I was trying to get her on. She is quite an individual. This will be the second bicycle project she has embarked on, the first one being a choppery looking thing that she found as a frame at our local tip, and turned into a complete working bicycle on her own when she was just six years old! (I did make sure everything was tightened up properly after she'd gone to bed. But apart from that, she did the whole thing!) Anyway, we got it home and work has slowly progressed on it... Very VERY slowly! This is because since she has started 'Big School' she has been trying to come to terms with the changes that secondary school brings... Like homework! I don't envy her, I remember what it was like for myself, and I wouldn't want to do that again. But first things first, she decided that we needed to take it on a test ride to see what it was like. Ok I said, we'll give it a quick check over, and take it for a spin for a mile or so. So, after we managed to get the back brake going, and finding that the front brake was siezed solid and was never going to work again, we turned our attention to lowering the seat for my 12 year old to ride. This was not going to happen. I tried gallons of WD-40, and hammering it, and trying to twist it, but it wasn't happening. Eventually she said that she was going to try to ride it as it was, and we left the seat post bolt loose in the hope that riding it would free it off! So off we went, she looked so tall and was having to ride on her tip toes, but she did manage to ride it, and about half an hour or so later we were back home, and the seat was still in the same posistion as it was before. She said that it rode good, but the seat would definately need to be lower. I said not to worry, I'll ride it into work tomorrow, and put my stillsons on it, I'll have it out in no time! Ha haaaaaaaa... I did ride it to work, and I did put my stillsons on it, and gallons more WD-40, but that damn seatpost was properly rusted into posisition. Not to worry I thought... HEAT IT!! 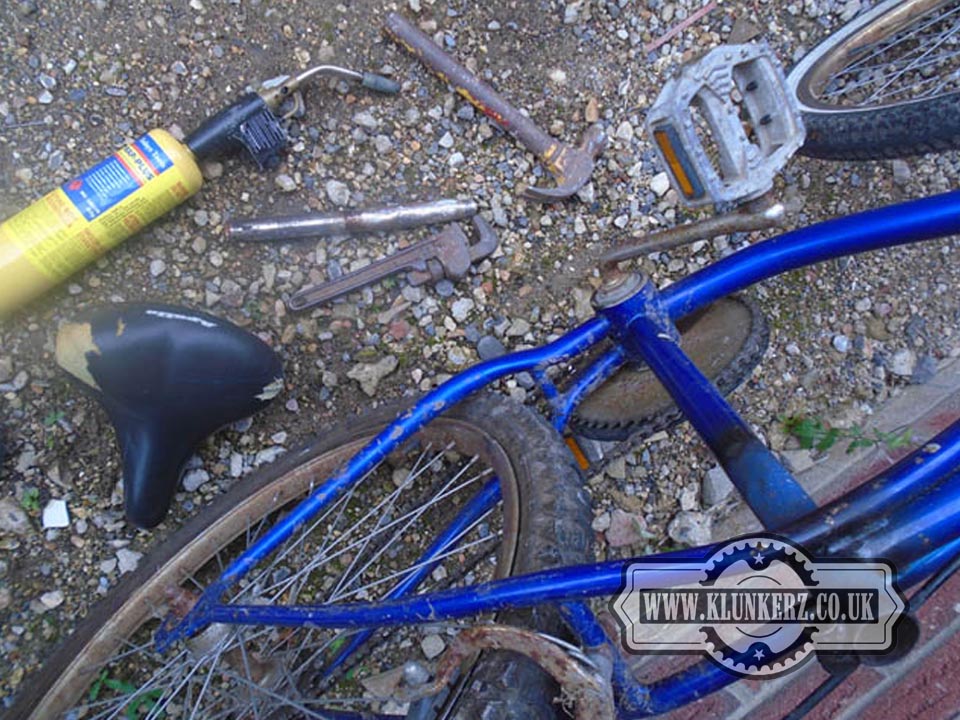 Plenty of heat from my blowlamp, and probably twice as much swearing, and I still couldn't twist the damn seatpost with my stillsons. There was only one thing left to do... Break something... Probably! So, even more heat, and more swearing but this time with added grunting, stillsons on, and this time hammer the side of the stillsons as hard as I can with my hammer! I hate misusing tools like this but I was at a point where I just couldn't think of another way, and besides Ridgid Stillsons have a lifetime garauntee, so I figured that if I broke them, I'd just take them back!! Before long I was stood there puffing and panting like an old steam train, but I was looking at this... 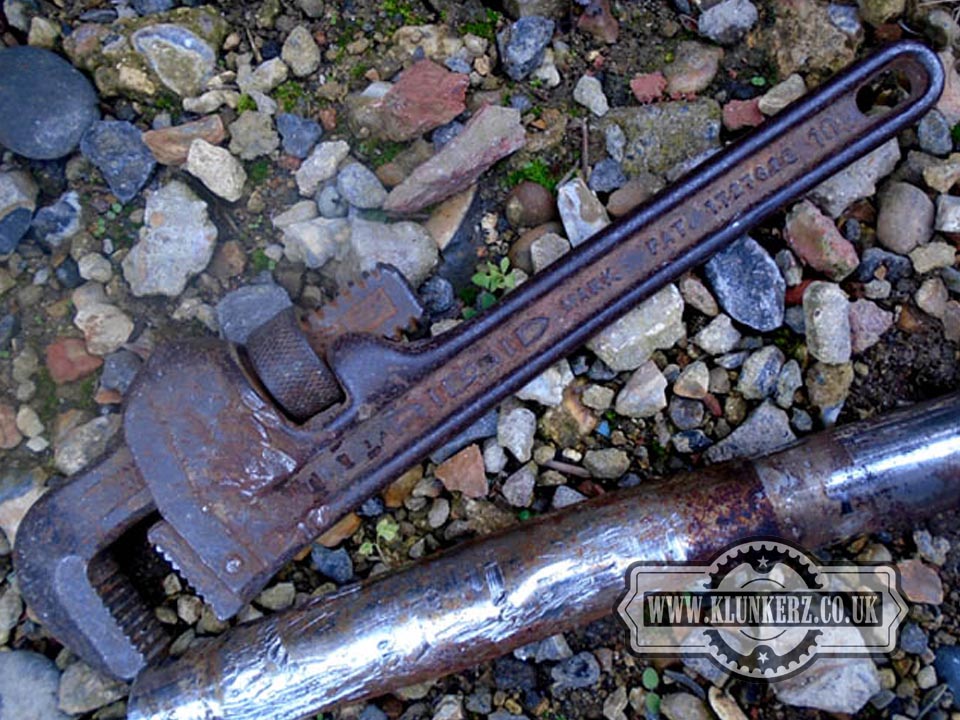 A quite well beaten seatpost, and a pair of abused stillsons, but atleast it was out!

I've gotta say, I was glad that day! Happiness really is a Ridgid tool! Ahem, anyway, moving on! Before too long I had dug through my spares and found a new seatpost and saddle, and was standing there looking at my handywork. 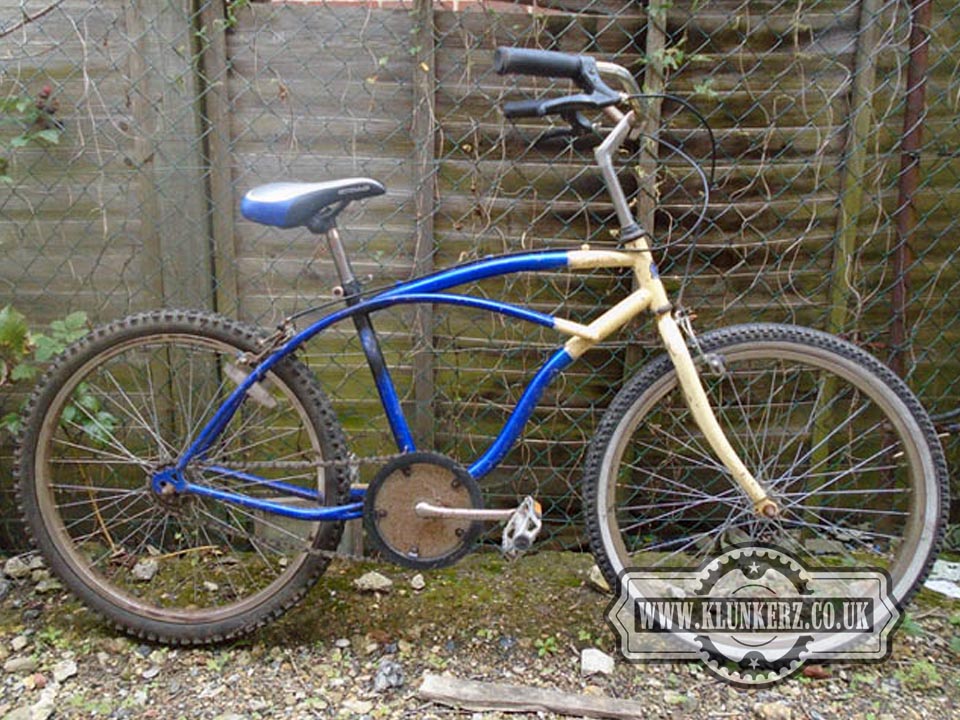 I was glad to have done it for my oldest monster as she had quite a gruelling week at school, and to be honest is struggling a bit with secondary school. However she's getting into it a bit now, and starting to get into the swing of it a little. To the point that she had lost interest in everything, but she's started to work on the bike herself now, or atleast, plan what she's going to do with it. She's on about riding it for a bit while she orders up parts, then it'll be a quick tear down, re-spray, and rebuild! However, I have noticed that shes had a little bit of a growth spurt lately, and I am actually wondering how long this bike will be big enough for her! We shall see, but perhaps I should start being on the lookout for something larger!