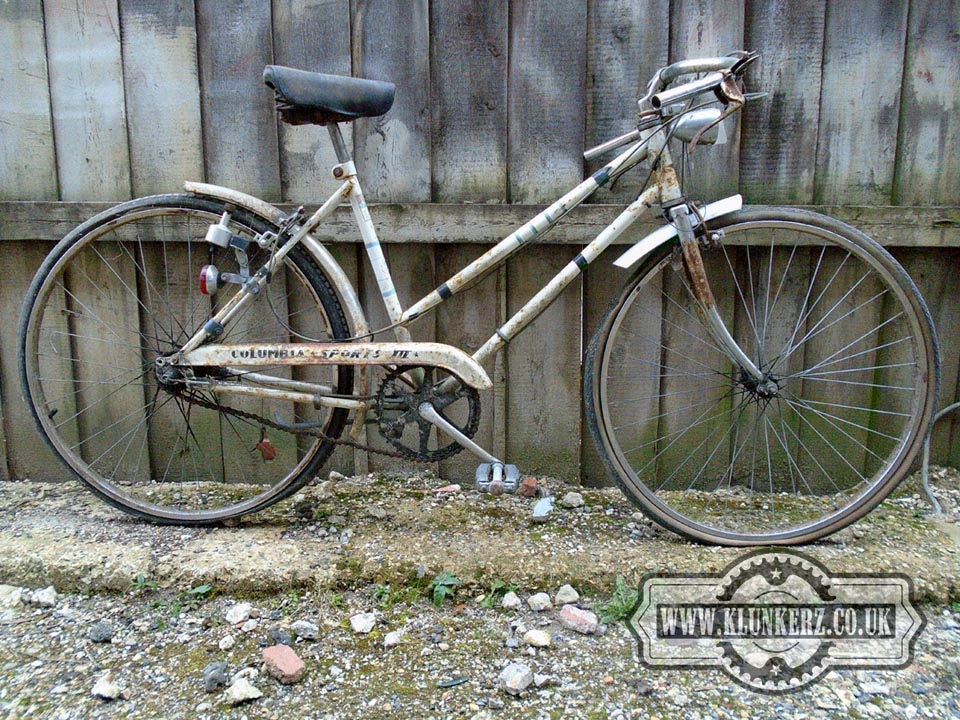 It's a Columbia Sports 3, this one has a bit of history with me. 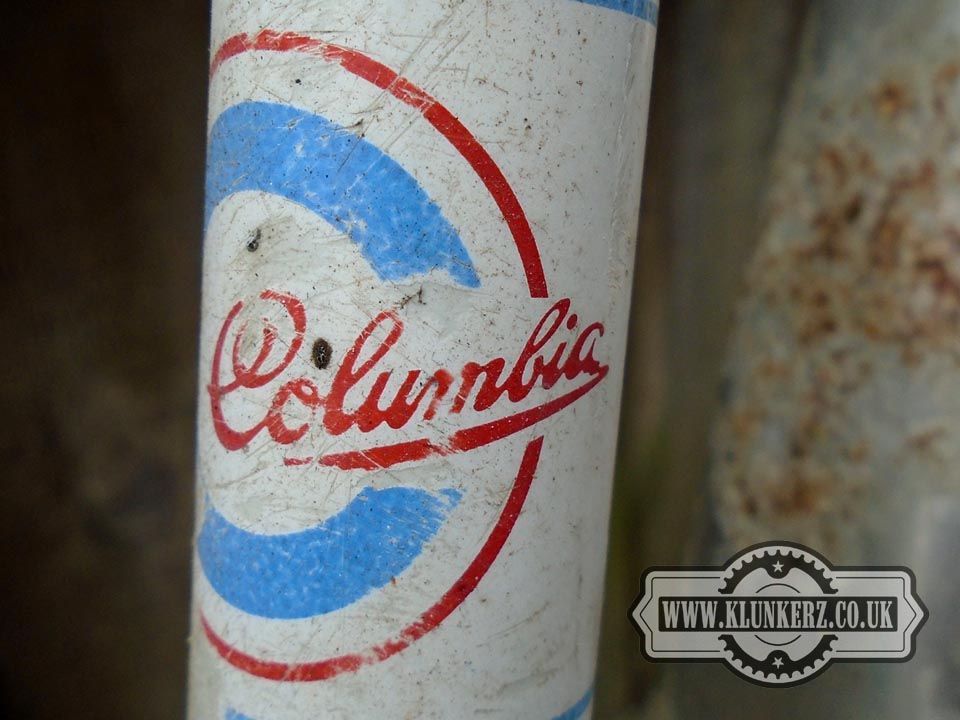 A long time ago, when I was about 13 or 14 years old I had this friend, well she was an American girl, raised on promises... She lived near the street where I lived, and often we played together, riding our bikes, like kids of the early eighties used to do. (is it just me, or do kids just not go out riding anymore? when I was a kid there was always hoards of us roaming the streets endlessly on our bikes etc.) Anyhoo, one day at the beginning of the summer holiday we were playing in the street on our bikes when her Dad pulled up in his car to take her home. They were going on holiday, well, vacation as she would say, back to the USA where they came from to see their family for the duration of the six week summer holiday. She asked me to look after her bike until she came back at the end of the summer holiday. OK I said, and put her bike into my folks garage. 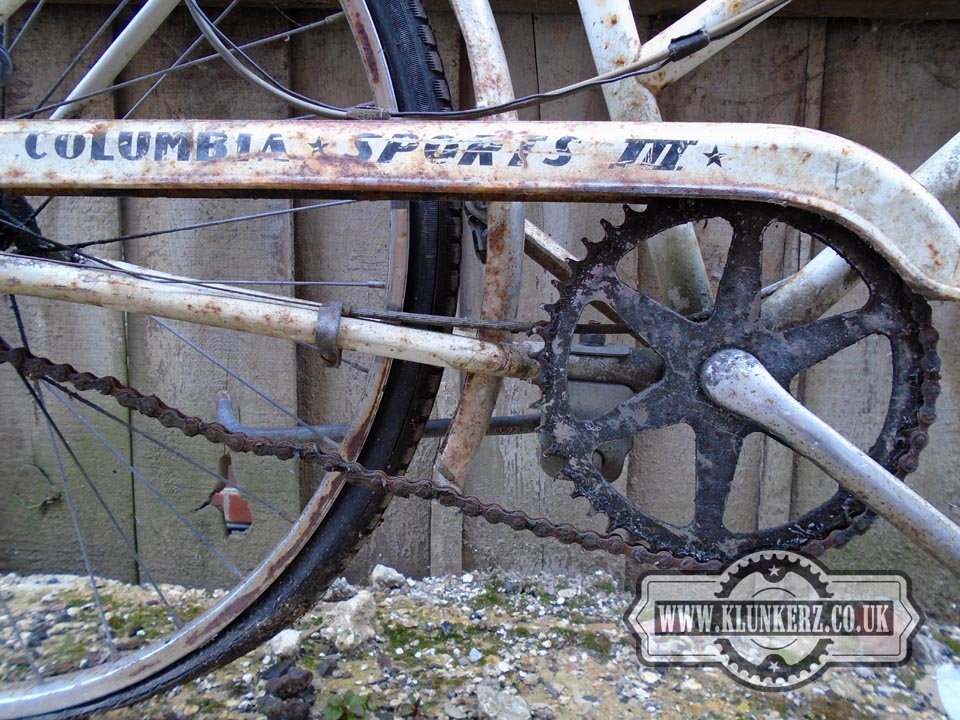 And that was it... I never saw her again. Her Dad worked for IBM, and while they were back home they transferred him to a place in the USA near where they came from, which I guess was fair enough, but I don't think she ever knew she was going home to stay, otherwise she would've taken her bike home, it was kind of her pride and joy! She had done a few mods like flipping the handlebars over, and cutting down the mudgaurds to make an almost Café Racer style bicycle, and as I remember it rode pretty well, it has a steel 19" frame. 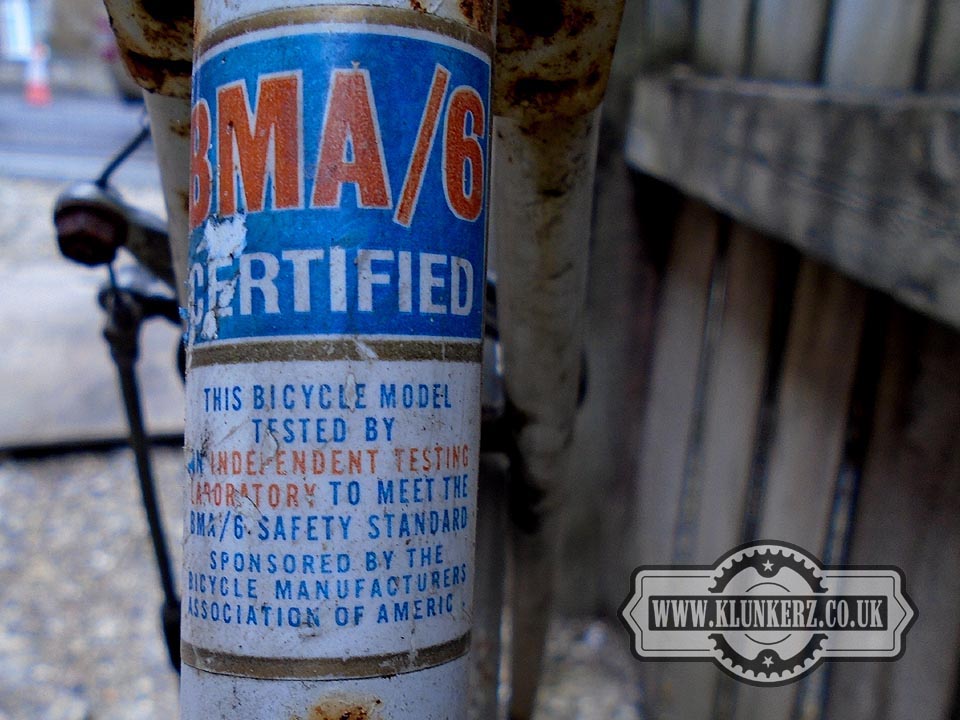 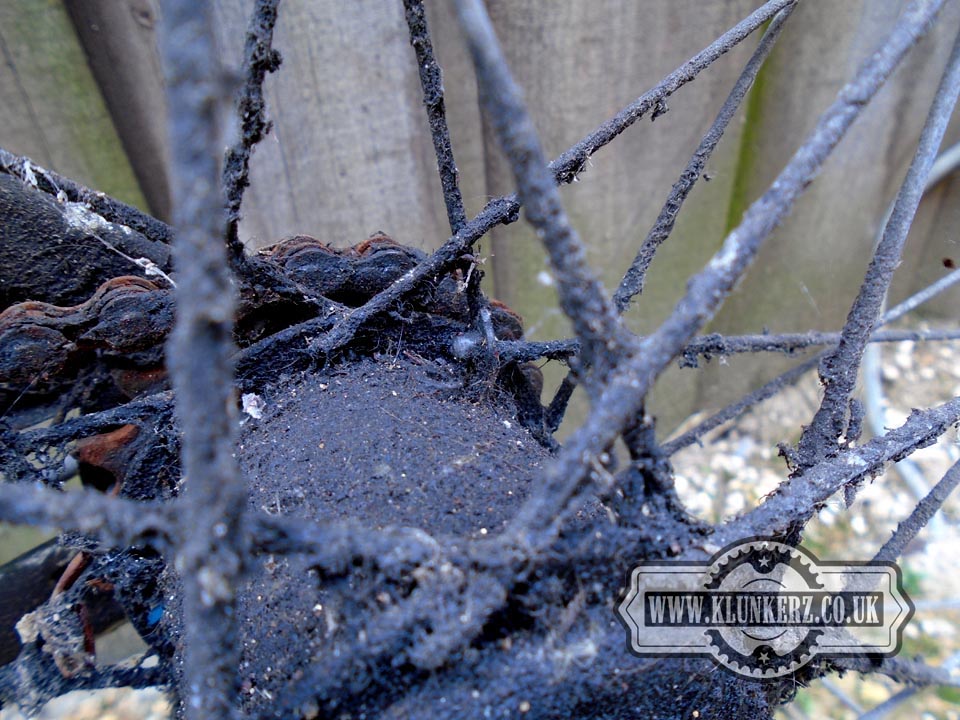 Look at that, that's the best part of thirty years of crud on that rear 3 speed hub! I do wonder how it got like that just sitting in the back of my folks garage since about 1981! Undoubtedly there would've been some crud on it when it went in, but I don't remember it ever being caked like this, infact I remember her bike was always spotless! I guess this is testament to what spending thirty years in a leaky old garage can do to a bike! 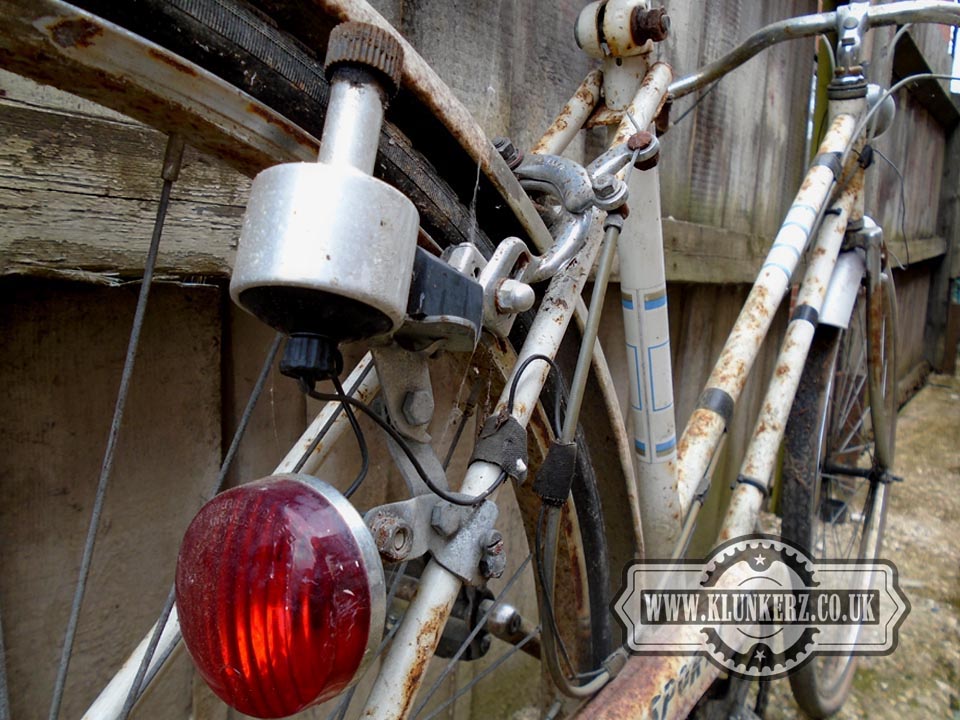 It also features a dynamo light set, which as I remember was pretty bright, however by todays standards it would probably look like a candle glowing away behind the lens! I always thought that this was a cool little bike, and like I said I have kept it in my folks garage tucked underneath my Dads work bench since she left. I'm guessing that after 30 odd years she's probably not coming back for it, and to be honest I had forgotten all about it until we were having a bit of a clear out of my folks garage about a year ago, and suddenly there it was! Funny thing is, my Dad looked at it completely surprised and said whos is that? I said, it's Renée's. He said, why is it here? I said, I'm looking after it for her! There was a long pause and Dad finally said, when did she leave it? Oh, I said... About 1981?! I'm guessing she's probably got a new one by now though! So, after hanging on to it for another year or two since re-discovering it, I have decided to sell it. I havn't asked her permission, because I've no idea where she is... It's been 30 odd years, so I'm guessing she's letting me keep it! I was almost tempted to strip this and make this one into a bike for Mrs Clint, but it is quite rusty, so I think I'll put it up for grabs in time. But Renée, if you're out there and want your bike back, be quick and let me know!