October 03, 2017
With the darker evenings drawing in I like to have a bit of a ride during my lunch break at the moment, otherwise I don't get a ride in all day! Todays ride took place along the canal path near where I live, and it was fantastic! 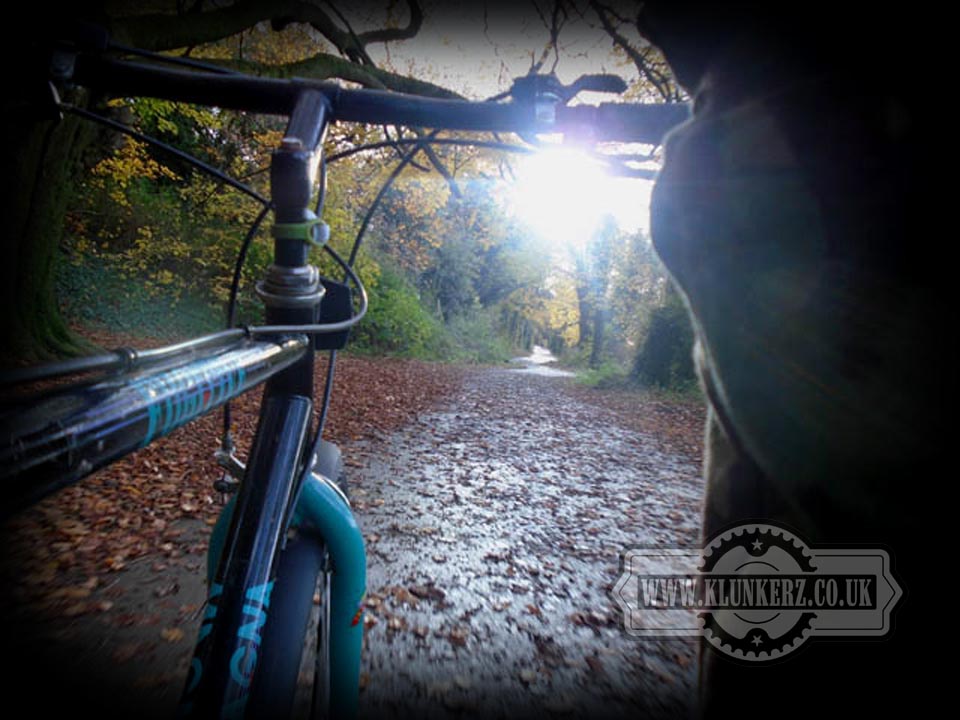 I took the Fugitve with it's recently fitted mudgaurds, and although it was sunny (some of the time) the ground was wet, and to be honest by the time I got home I was glad to have the mudgaurds. Really, REALLY glad! 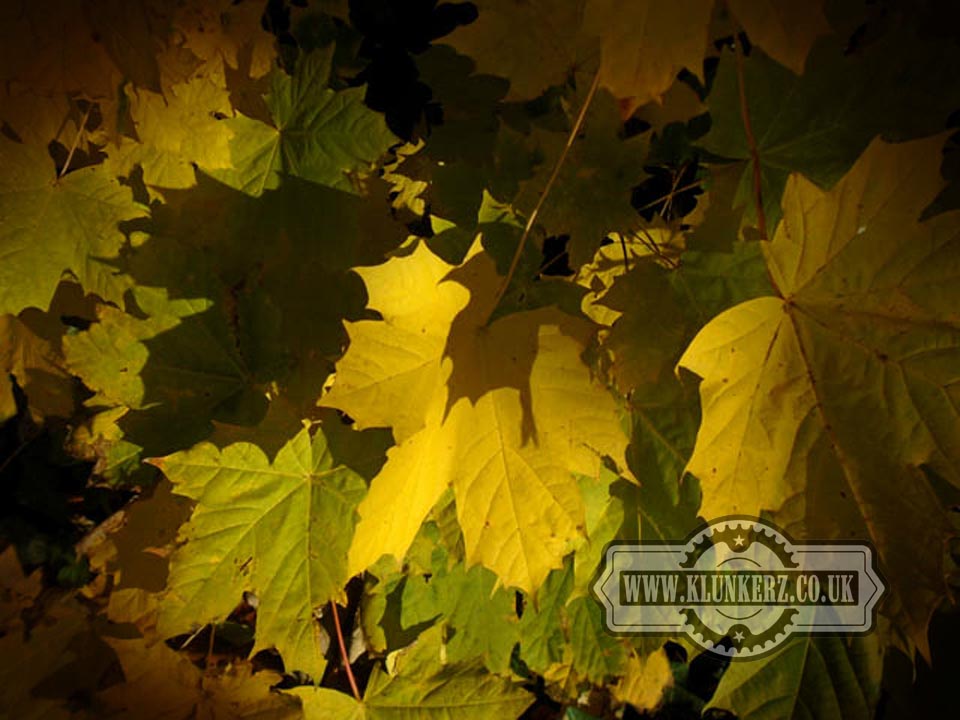 I rode on looking at the spectacular colours that Mother Nature has bestowed upon us on this lovely Autumnal day... 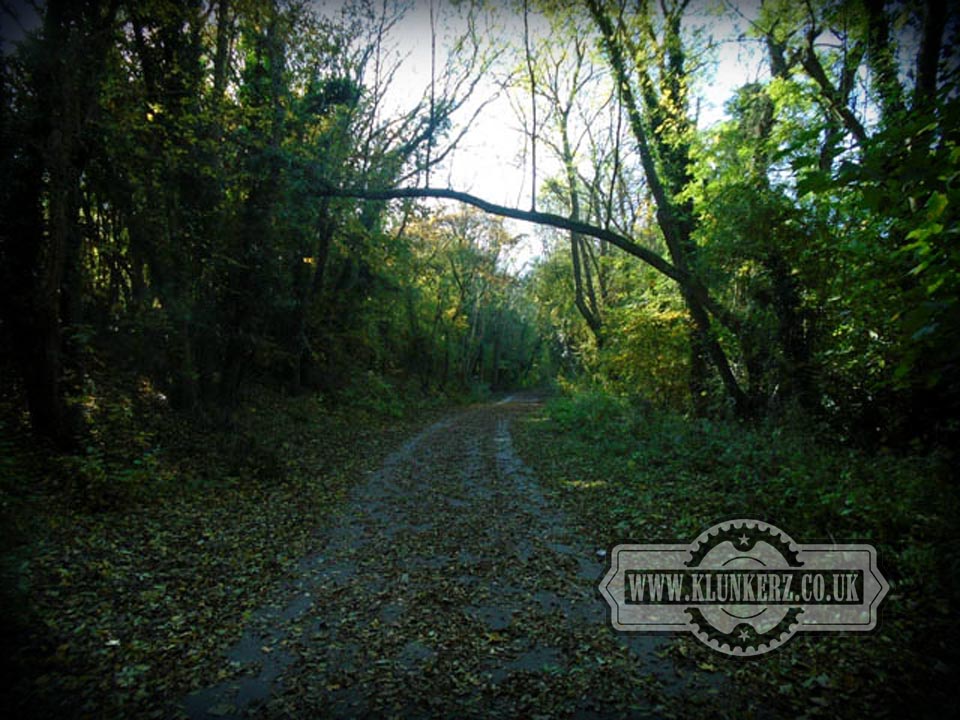 Plus, there was absolutely nobody about! For once I had the whole path to myself... Bliss! Better still, this bit of the path is usually swarming with midges, which I tend to eat as I go along! But now that Autumn is well and truly here I'm guessing the annoying little fokkers have finally died off! 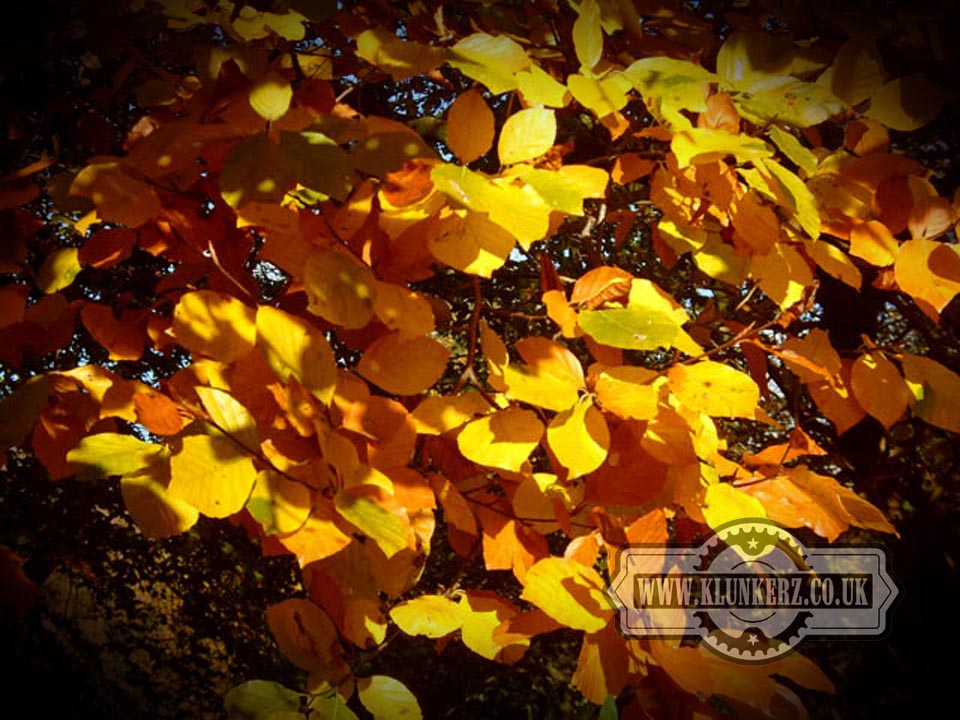 I must've rode for half an hour without seeing a single person! Usually this part of my ride is heaving with people out walking their dogs, but not one person, or dog stood in my way as I blezzed a little trail through the countryside leaving a rooster tail of leaves blowin in the wind. The weather was not too warm, and not too cold, I thought to myself that this must be how Goldilocks felt when she discovered baby bears porridge in the three little bears house that morning, not too hot, not too cold, just right! It was perfect riding weather, I was gliding along, wind in my erm scalp, it was great! Infact it was so great that I may well have got a little carried away with my ride, and that is why I returned to work much later than I should've after my lunch break! 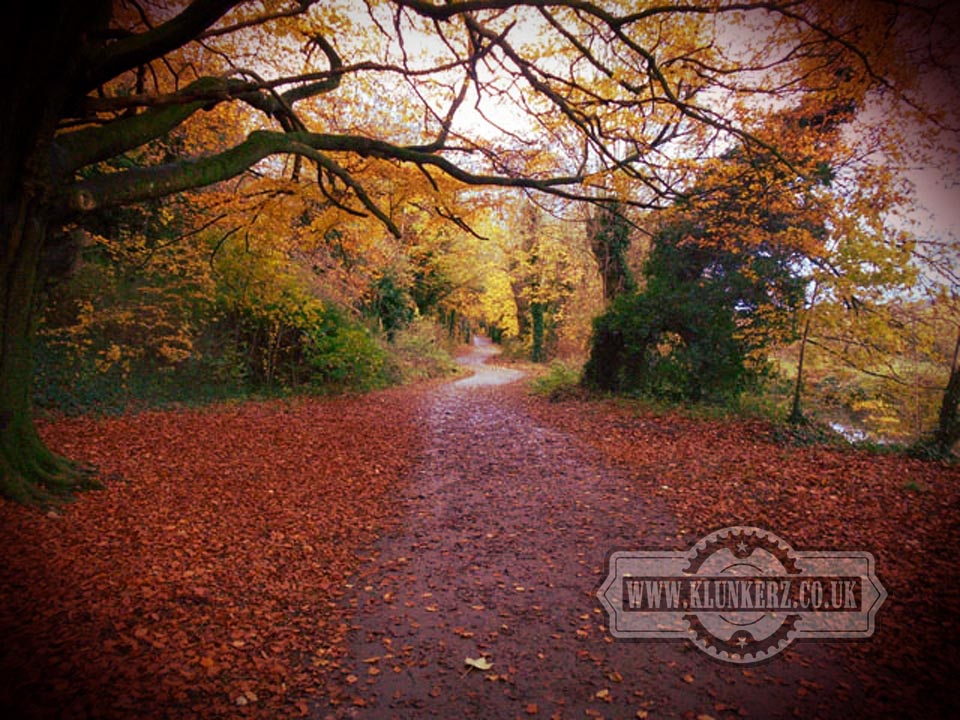 But there is something about riding in the Autumn, it is probably my favourite season of the year, I love the colours, I love the smell of the musty damp leaves that have fallen from the trees, I love the sound of the beach nut shells cracking as I run over them, it was a brilliant ride. I genuinely believe that from time to time you need to say, stuff work, I'm going out for a ride, or whatever else you like to do when you're not at work. As I've explained to various bosses over the years, I work to live, I don't live to work! The amount of bosses that really havn't understood where I'm coming from when I say that is truely bewildering! But I'm guessing that that's the frame of mind you have to have to be in charge, work is it, it's the main thing, it's what I get up for in the morning! Sadly, this isn't me. I work, and have always had a job of some sort or another, but come the end of the day, when work is over then I am outta there! But I digress. It's funny, I've been getting a bit bent out of shape recently, but riding along today on a quiet path through the countryside I had not a care in the world, all the stupid little things that have been bugging me lately just sort of evaporated as I pedalled along, just listening to the sound of my own bike as it whirred away beneath me. I need this, I need to do this, not just for my physical health, but for  my mental health also! It's such a smiple thing to do, and it doesn't even cost anything really apart from the cost of the bike in the first place, and as you all know, the Fugitive cost me next to nothing! I hate the darker winter evenings, it makes me not want to go out, but sitting here writing this to you all, and still riding on the high from my ride I feel much better about the darkness that will soon be outside, I actually feel like taking my bike out for a spin in the dark! I've got lights, as I'm sure you all remember, so why not? I have a couple of friends who suffer from Seasonal Affective Disorder, or SAD if you like. This is made worse by the fact that they live together, and so come the darker late autumn/winter evenings they kind of shut the world out and sort of huddle together dwelling on the miserable weather outside. I have suggested to them that they should go out on their bikes in the day, as Physical exercise has shown to be an effective form of depression therapy, particularly when in addition to another form of treatment for SAD. Infact a study noted marked effectiveness for treatment of depressive symptoms when combining regular exercise with bright light therapy. Patients exposed to exercise which had been added to their treatments in 20 minutes intervals on their bike during the day along with the same amount of time underneath the UV light were seen to make quick recovery. But they don't seem that interested, or maybe they just don't want to ride with me! But never mind, it's their loss, todays ride was fantastic, clear blue skies (A little bit of the time!) peace and quiet with not a soul around, fantastic scenery, with just epic colours! Infact it was almost a perfect ride... Almost! It was only marred by one thing, and that thing was the camouflage effect that the fallen leaves have on dog poo! Clearly due to the colour similarities it was invisible to the dog poo fairy too, but it wasn't invisiable to my olfactory system, and my nose detected it almost as soon as I mowed through it! Thank goodness for my new mudgaurds! 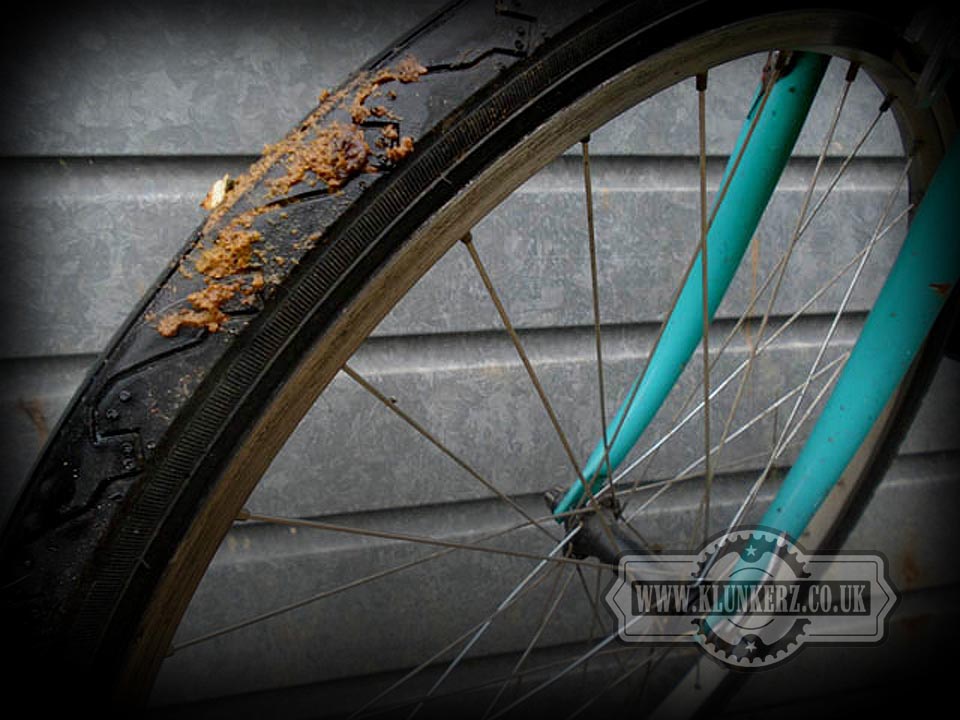 Autumn dog turds, you know they're there, you just don't know where!