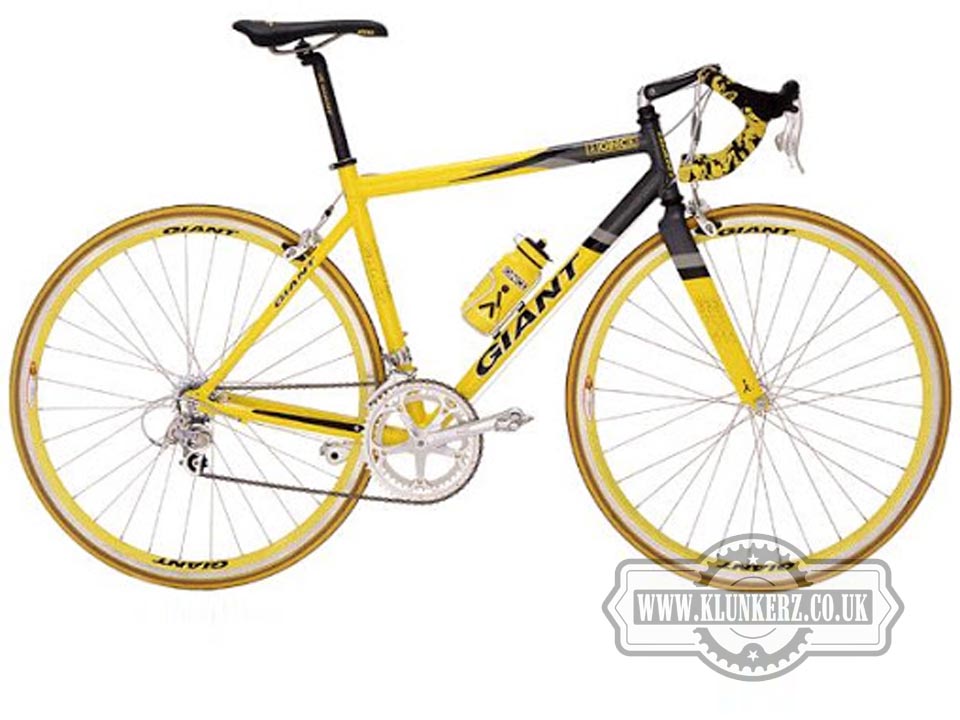 As you can see, a far swankier set of rims than I've managed to track down for it, and probably far lighter too. But no matter, it's still incredibly light, and still easily picked up by just your little pinky! A friend of a friend on farcebook has already offered me proper money for just the frame! It was a close call, and I almost took it, but to be honest I wanted to put it together, and now I want to ride it. If for no other reason than to find out what a hideously expensive, and extremely lightweight racer was like to ride, and what I really didn't want to do was to sell it to a cycle dealer, who would probably just fling it together with parts bin stuff like I have done, and then punt it on for a huge profit! I wanted it to go to someone who was going to enjoy it for themselves, so I've turned him down. Time will tell if I've done the right thing or not! Anyway. By this point the Racer was starting to look like a complete bike, and it even looks ok too! 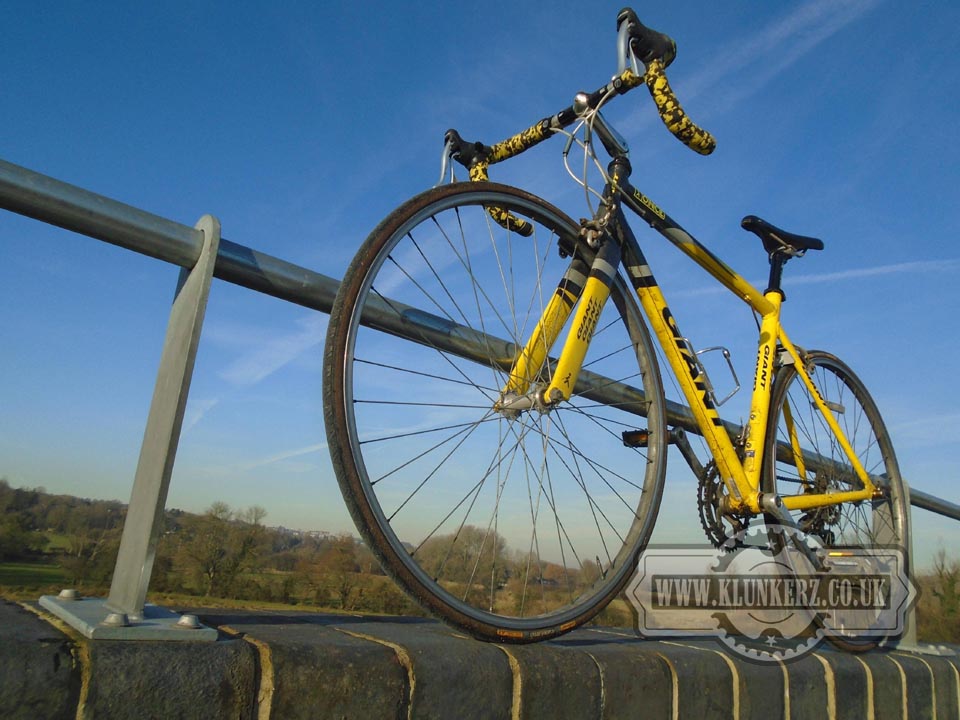 As I've been a bit short of work on for a while, I decided that now it's finished, and with the sun out for a change I was going to take it for a bit of a spin, before putting it up for grabs. It's safe to say that I am not a fan of racing bikes, I don't like the riding position, but I was looking forward to riding this bike. I headed out, and before long I was blezzing through the countryside thinking to myself, what a beautiful day, this bike isn't for me! I'm sure that everyone who saw me was probably thinking that I had stolen this bike! Why you might ask, well, I'm not the lycra wearing cyclist you might think I am. No instead I was blasting along in my padded lumberjack shirt, camouflage combat trousers, and steel toe cap boots! The sun may well have been out, but it was still a cold morning, and I was chilly! I can only imagine that I looked like the offspring of Mr T and Desperate Dan! Not a good look, but atleast I was warm(ish!) Have you ever noticed how guys who ride racing bikes never look happy? They're like the Joggers of the cycling world, do you ever see a jogger smiling when they're running? No, and similarly you don't see guys on racing bikes smiling when they're riding either, they all look so serious, why is this? Well, today I joined this serious looking bunch of cyclists, I didn't smile once when I was riding the Giant, and this is why. Firstly I am a man in his late forties, and not a the peak of physical fitness. Secondly, and perhaps far more importantly I am not the right height for my weight, by all accounts I should be somewhere in the region of 7" tall, sadly I am only 5" 10' so clearly I need to grow another 14' or so, I just haven't worked out how! Maybe cutting out the pies might even things out... Dammit! Anyway as I cut my way through the cold air my main thought was that if I was to keep this bike, the dropped handlebars would need to go and be replaced by a set of straight handlebars. So that when I am riding, I am not hunched up on the bike with my belly bouncing off my thighs. Not a pretty picture I can assure you! Other personal changes if I were to keep it would be to the seat, man alive that thing is small, I realise I have an ample amount of padding around the back door, but clearly not enough as many hours later as I sit here writing this I've just had to check to see if that saddle is still stuck up my bum! It isn't, but it's still not comfy! Sticking with the saddle for a moment if I may, the other thing to note is that after riding it for an hour or so my gentlemans vegetables went numb! That is a very weird sensation I can tell you, pins and needles in such a delicate area is not something I recommend! Moving on... Quickly!

The thing is, apart from these little niggles, it really isn't a bad bike to ride at all, it's light, it handles well, and it even looks good! The other thing that's worth remembering is that all these little niggles, with the exception of it skipping out of gear from time to time will be niggles that are specific to me (and perhaps other people who share my love of cakes and pies!) The next guy who has it will no doubt be thinner, younger, better looking, or whatever and this will fit him (or her) like a glove, and they'll love it! 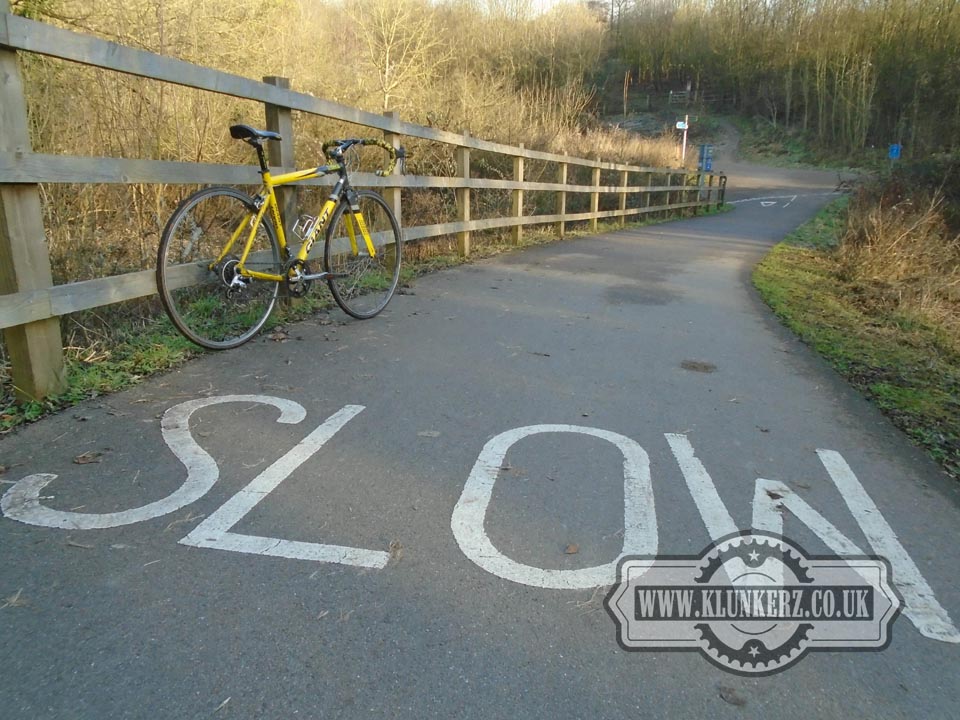 And I shall wish them all the best with it, because this is a really superb bike, even though it's probably nowhere near as good as it could be, or was when it was new, and had all it's original components, it's still really really good! It just needs a little fettling, and tweaking to make the most of what it is! But for me, I can genuinely say that my fettling and tweaking days with it are over. It's been fun, even if it was slightly uncomfortable fun, but as far as I'm concerened our little affair is over, although I am going to wash it a bit first. But then it's time to move it on, and time for me to get my lardy ass back in the relative comfort of a mountain bike saddle! I can't wait!