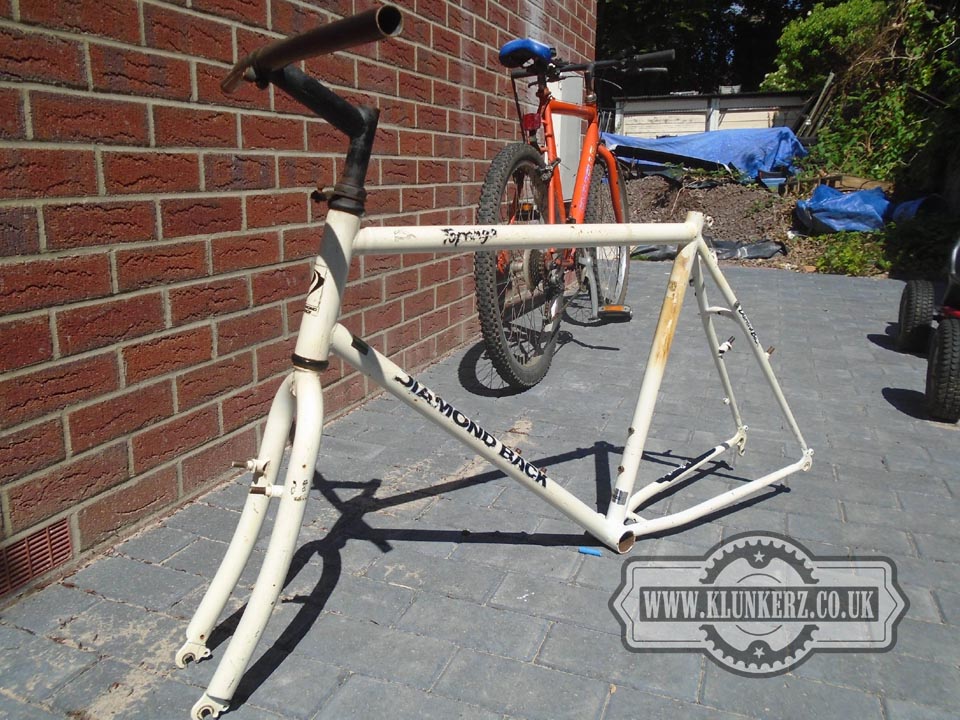 The chemistry experiment is finally over! I thought earlier that I could see a small gap around what was left of the seatpost so I thought that I would try to gently twist it out. 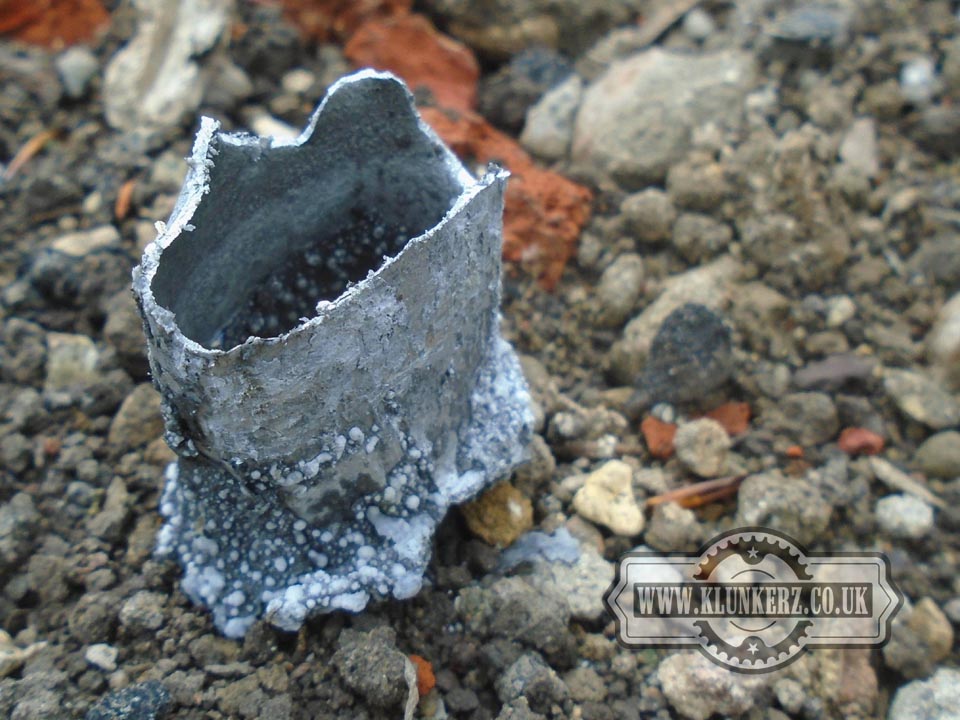 Of course as it was so thin it just tore off. This irritated me as once again I am out of caustic soda, and would need to go and get some more. Once back from Homebase I mixed up a fresh strong batch and tipped it in... 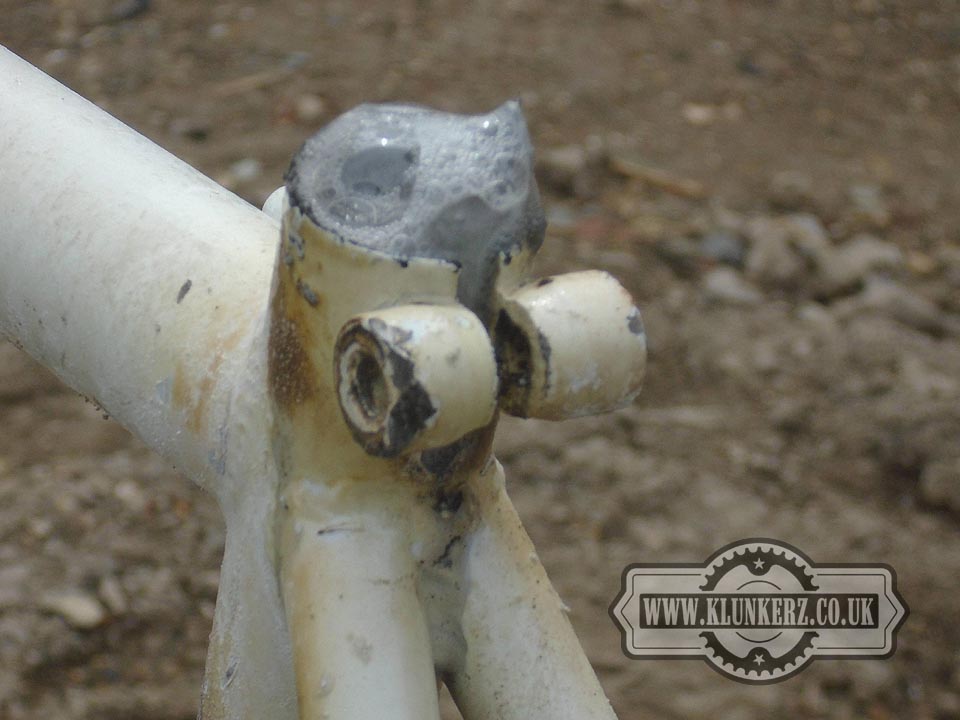 It bubbled away like a good-un for about an hour or so, but by the time I had got back from lunch it was barely even fizzing, and the level had dropped right down. 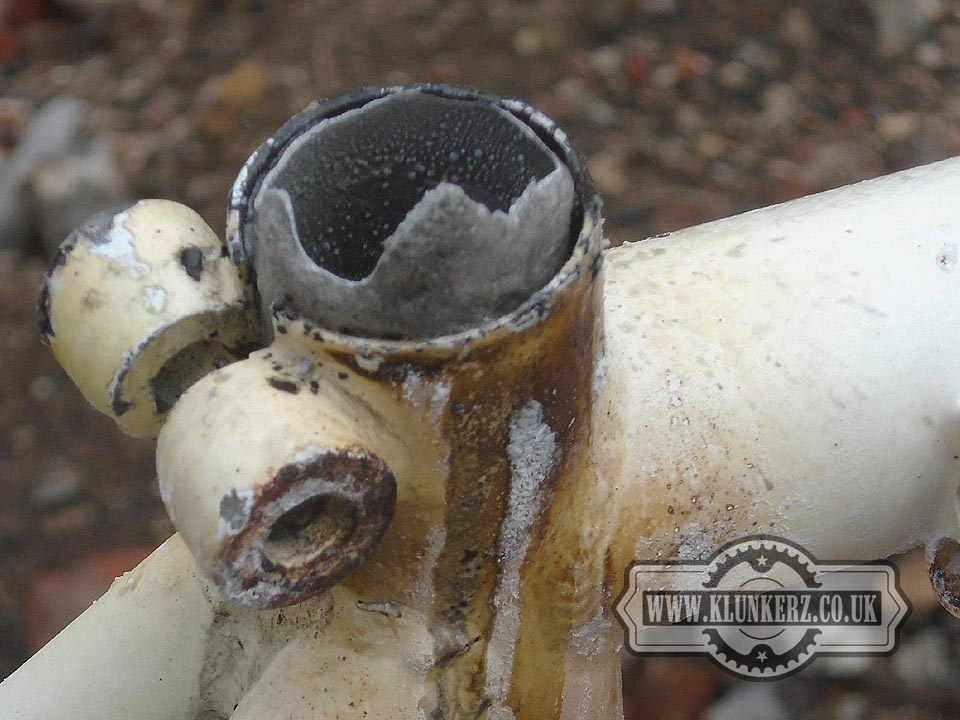 The aluminium seatpost was looking really thin, so I decided that I would try and force a long thing screwdriver between the seatpost and the seat tube to see if it would crush, or peel away or something. Success, the screwdriver slipped in, and then I could get hold of what was left of the seatpost with my needle nose pliers, and pull it out. So what was left? 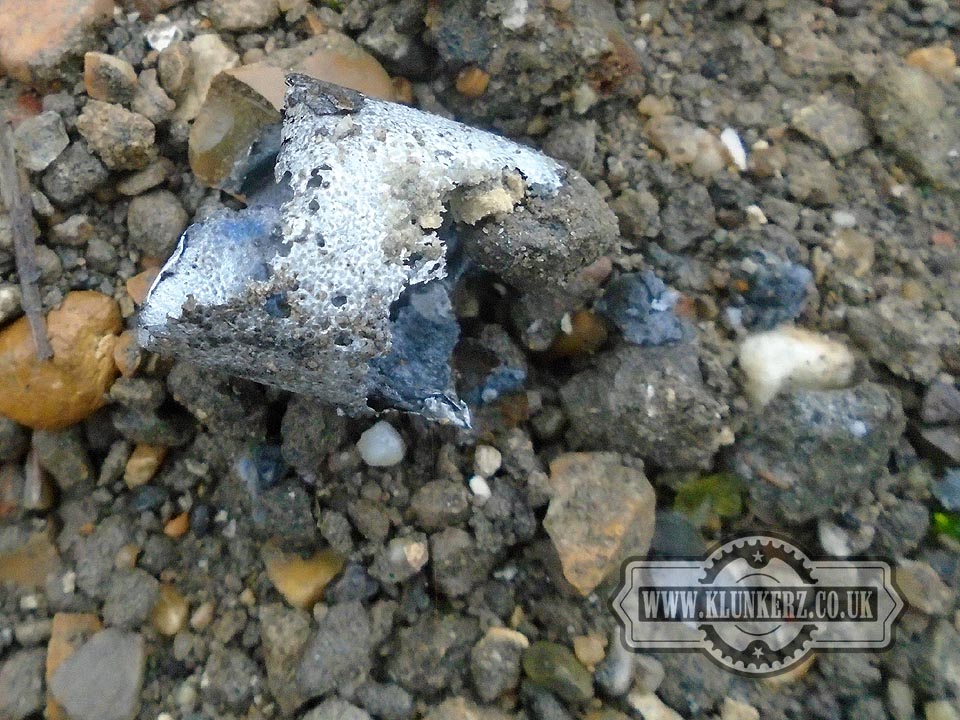 Well as Paul Daniels used to say, "Not a lot!" It measured about an inch in length, and was thinner than paper, but the seatpost was finally gone from the frame! Maybe now the damn thing will stop fighting me! 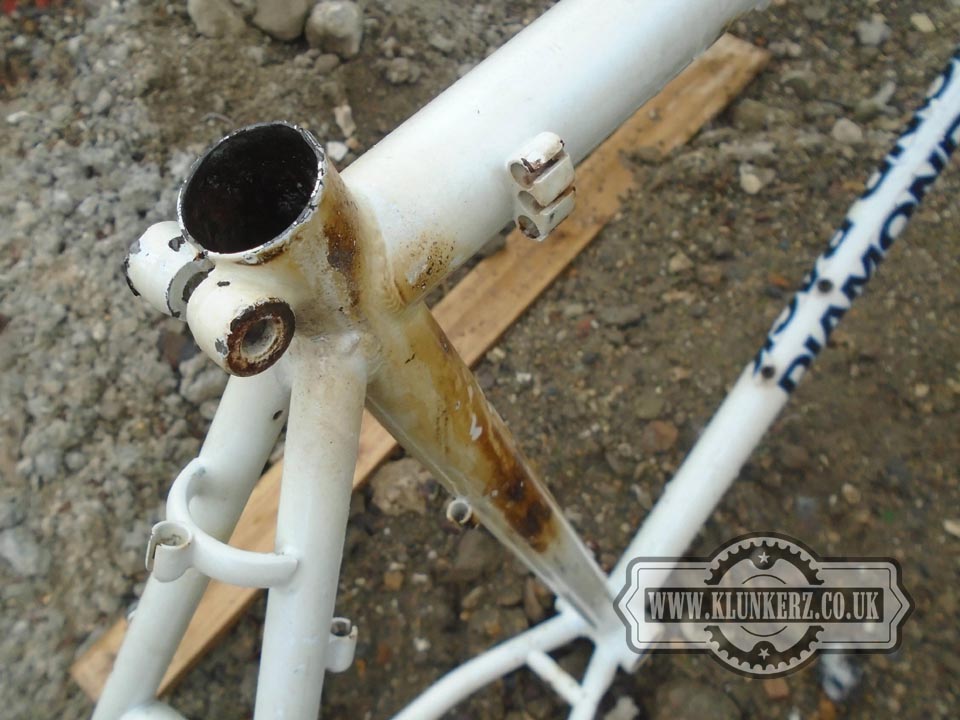 There were still a few cruddy bits of aluminium in the tube, so I've scraped them out with a screwdriver, and then flushed out the seat tube with a couple of buckets of water. I'm not really sure how many buckets of water I should use to flush out any remaining caustic soda, but right now I'm thinking about connecting a hose pipe to the frame tomorrow and letting it run through for half an hour or so.

So here endeth my first experience of dissolving an aluminium seatpost with caustic soda. Now then, I've got one last thing to say about my caustic soda experiment. Don't do it, it is very nasty stuff, but if you do decide to try and dissolve your stuck seatpost from your frame this is what I've learned. First, it takes a long time, I started the process nearly a week ago, so allow plenty of time. Secondly, and probably most importantly. Caustic soda is some pretty nasty stuff, If you must do it, then do it outside away from pets, animals, and especially children. Thirdly, wear protection, if nothing else, get some goggles on, eyes are hard to replace! Lastly, be very careful, I can't emphasise this enough caustic soda is some pretty nasty shit.