October 28, 2017
In a rare change of events I was dropping off rubbish at the tip, and supposed to be not picking any up! Anyway, as ever when I visit the tip I always check the bikes section (just incase), and the metal section. It was in the bike section that I saw this... 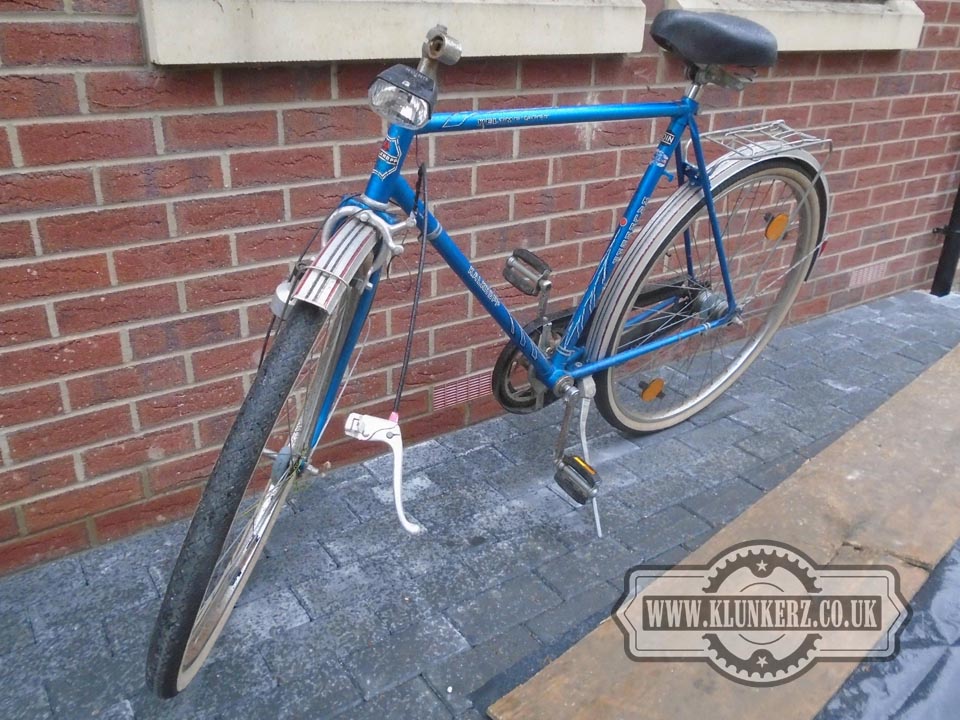 A Kalkhoff Weltmeister. But not just any old Kalkhoff Weltmeister, a Kalkhoff Weltmeister that I'm pretty sure I sold about two years ago! To be fair I have no way to prove this, it's just that you don't see all that many Kalkhoff bikes at the tip, or indeed anywhere in my town. Infact, in my town I've only ever seen three including this one, and I think I've probably seen this one twice! The first one I picked up was a ladies bike this took forever and a day to sell on, but it was good to ride. Then the second (and probably third) one was this Kalkhoff Weltmeister. The only reason that I think I've had this before is because of the furry things in the wheels that keep the hubs clean! Plus its quite a big frame. However the more Eagle-eyed amoungst you may have noticed that there is a piece missing. 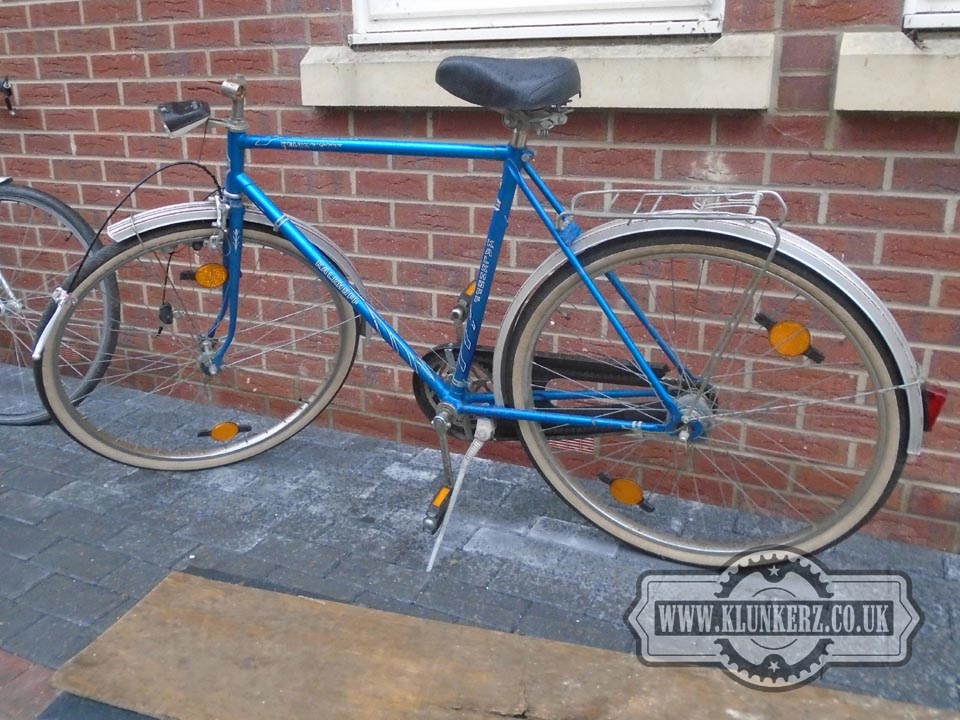 Yep, the handlebars. This is quite an important bit in my opinion, although I often ride with my hands on the bars, but I figured it could be used it as a bargaining point! The next thing I knew, I had a Kalkhoff in the bed of my ute! When I had this thing last time I remember looking at it and thinking that it was quite a nice looking bike, and almost didn't want to sell it. But common sense got the better of me and away it went even though I was formulating plans for it! Well it won't get away this time, or atleast, not until I've had my wicked way with it! Next stop, the metal bin! Peering inside the big Ro-Ro skip full of steel I quickly located a ladies touring bike which had a pair of handlebars! I got the hook the guys use to fish things back out of the skip if they get thrown in by mistake! Before long I was fishing, and I caught a Gary Fisher ladies bike, possibly only ten years old! It was then I was apprehended by the guy who runs the metal bit! What are you up to he said. I looked at him briefly before replying that I was getting this bike out as I needed the handle bars! Before too long he had a hook on the other end of the bike, and we pulled it out. I then whipped my little multitool from my pocket, and took the handlebars off. I then chucked the rest of the bike back in the skip. Right then said the man, what should I charge you for this? I said, nothing, it's already in the skip so it was going to be recyled into baked bean tins, you had your chance to sell it when it was a complete bike! I fumbled in my pocket to see if I had any change. I pulled out a ten pence piece and put it in his hand. Is that it? He said. I said, I hope not, I'm hoping for atleast five pence change because this isn't worth ten pence at current scrap light iron prices, which is what it is once its in this bin! He told me to be gone (or something like that!) So I headed off without any change! 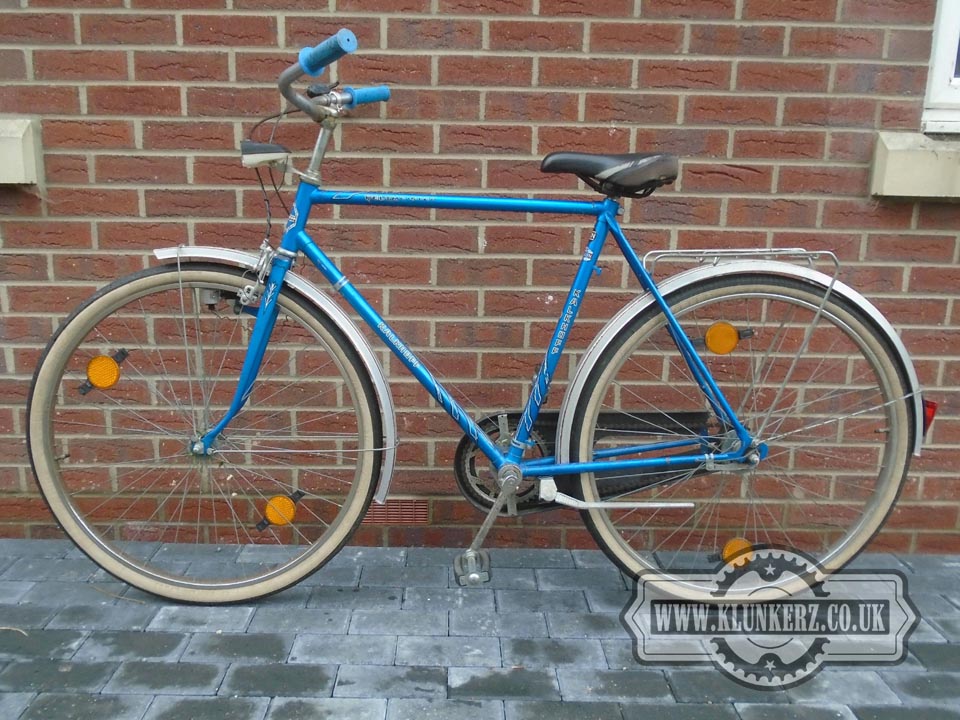 I also 'liberated' a pair of Mushroom looking grips froma BMX while I was there! Back at BelongaClint I was soon looking at my new Kalkhoff complete with handlebars! So plans for it? Well, I remember wondering the last time I had it how good it might look without all the clutter, so strip it. No chain guard, no mud guards, no dynamo lights, and definately no rack... The bare essentials! However, it's all in really nice condition, so I shall keep the bits to put back onto it if, and when I change my mind! It does ride really nicely, and I think I may well find that I've got a keeper here!