November 08, 2017
Because I've not got enough bikes and other cycle related rubbish a while back I decided that I needed to attend a cycle auction. 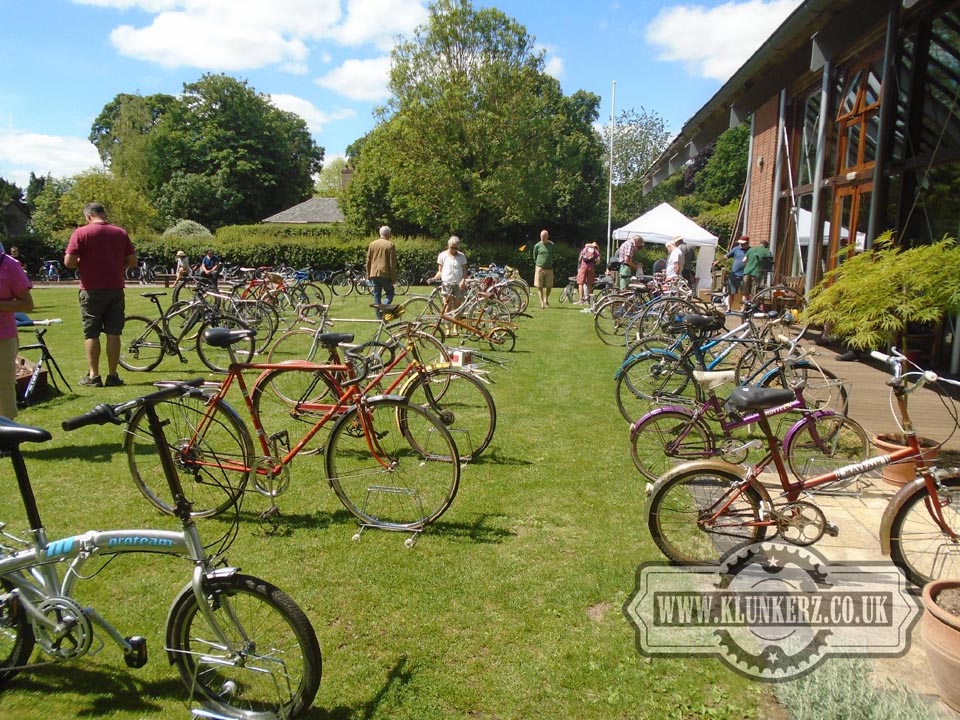 I had not been to this one before but because I was at a loose end, and it was close I thought I might wander along and see what it was all about. Plus, I was AM still on the lookout for my FELT thats been MIA for a good long while now! Sadly it wasn't there, but then, if it was, what was I gong to say to whoever had brought it there?

Anyway, I got there early so that I could have a good wander around and see what was up for grabs. There were quite a few bikes that I liked the look of, but my favourites were these. 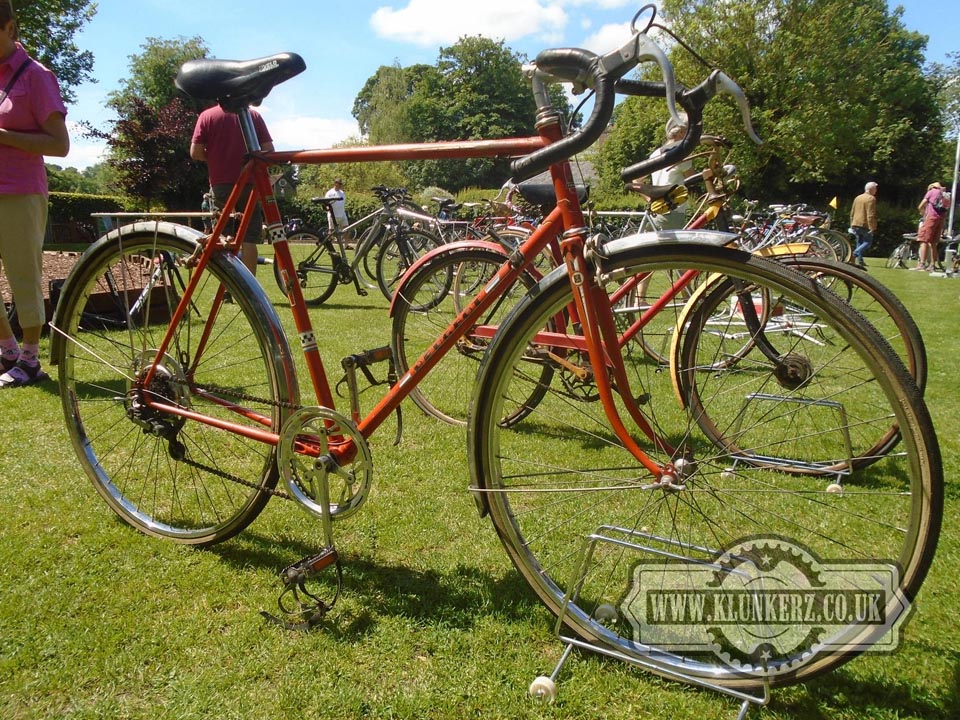 A Peugeot racing bike which I thought was quite nice even though I have a particular dislike for racers! 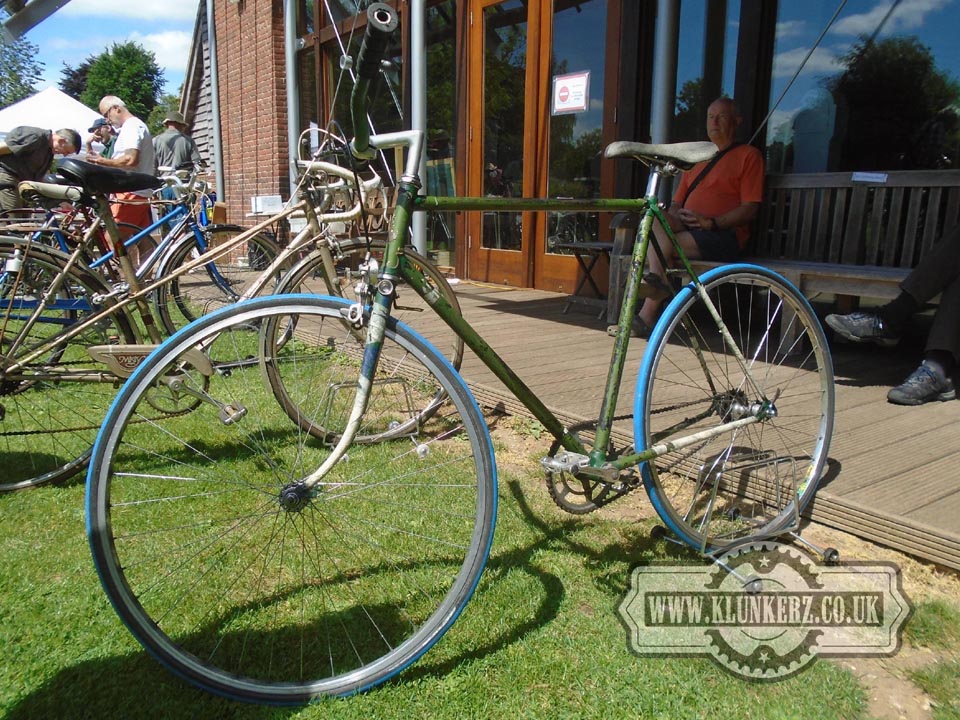 A Raleigh (almost) fixie which I thought looked very cool, although the well worn patina'd look didn't really hide the fact that this was a nice machine built from nice parts, therefore still making it quite stealable! 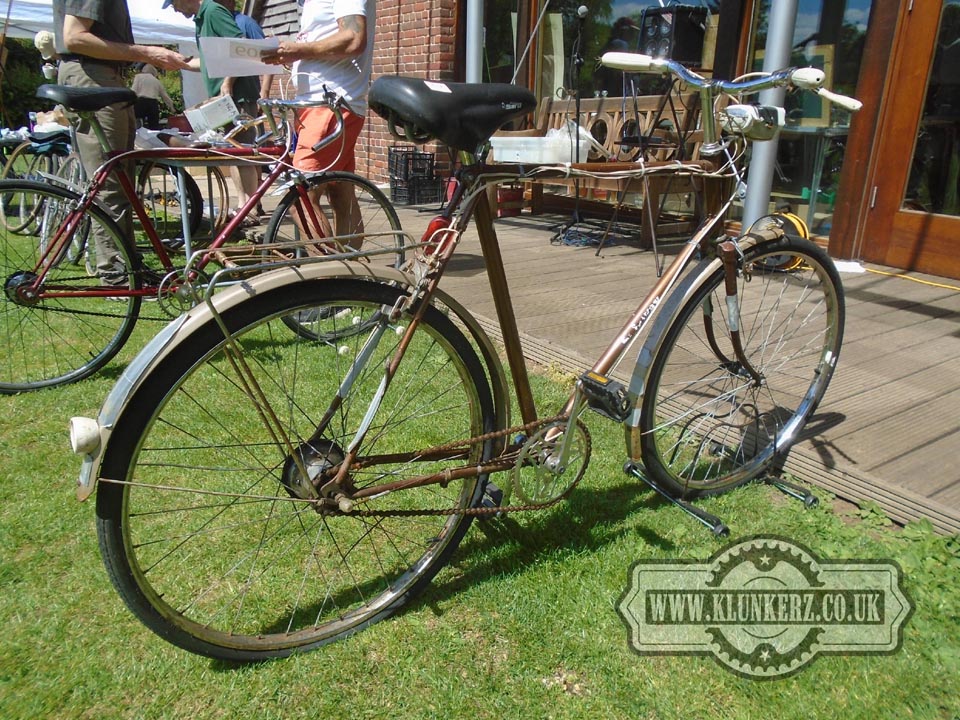 A Safeway, I think these were made by Elswick. Quite like this because of the Sturmey Archer rear hub more than anything, and I like brown I guess! 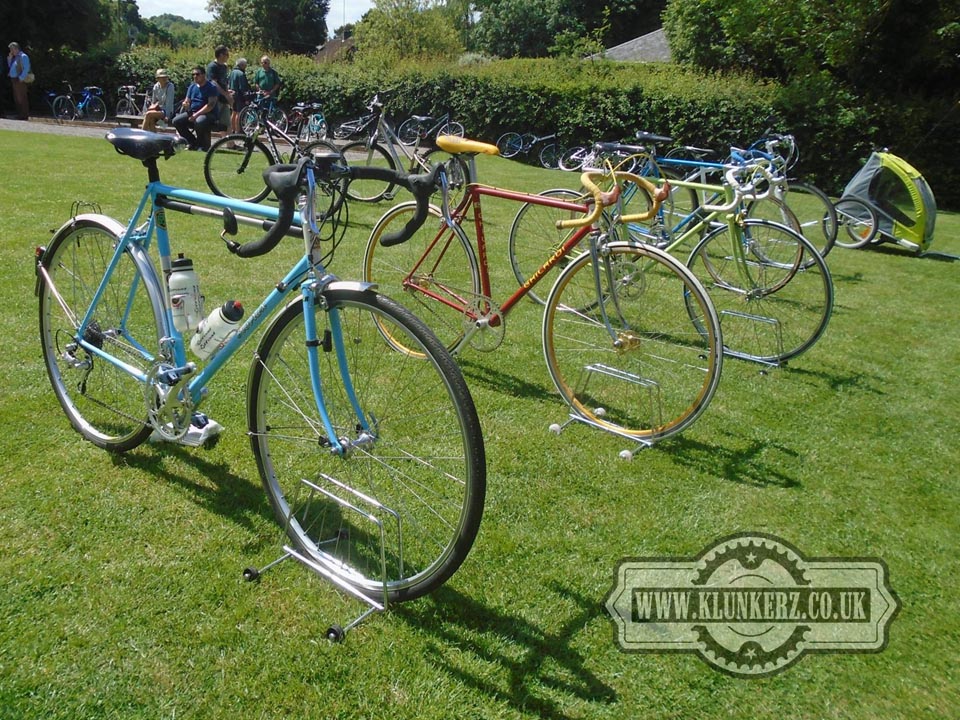 More racers, and these were mint, the Rotrax was the one I was particularly interested in as it was from a local frame builder, and it couldn't have been more minty if it said POLO on it! 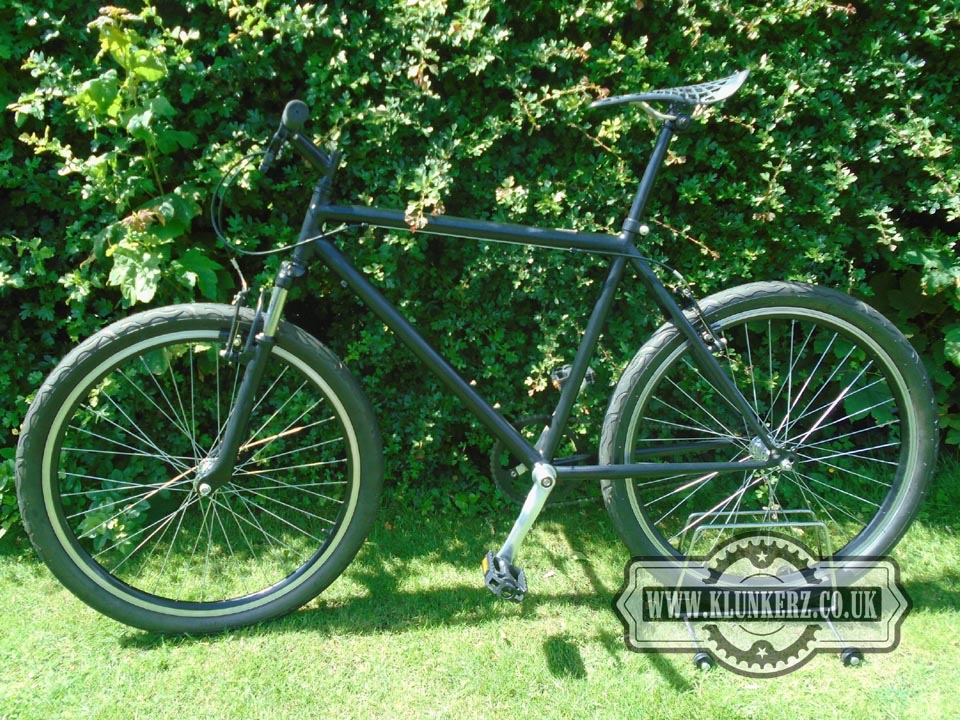 Don't know what this is, but it looked good, and was built from brand new parts. 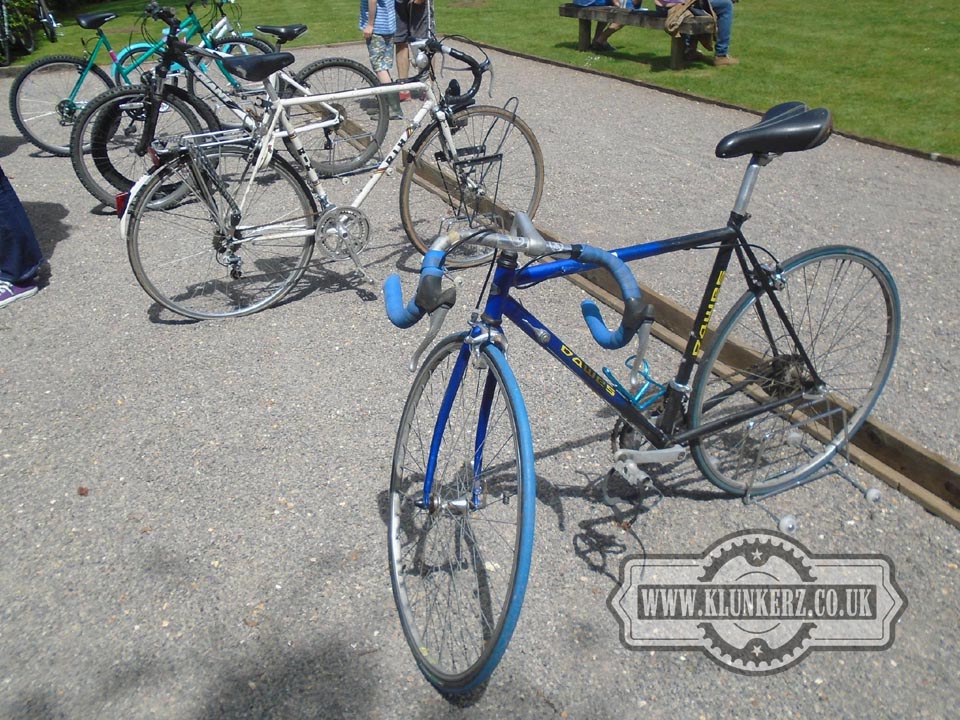 More racers! What is it with me and Racers, I know full well that I don't like riding them, why do they interest me? 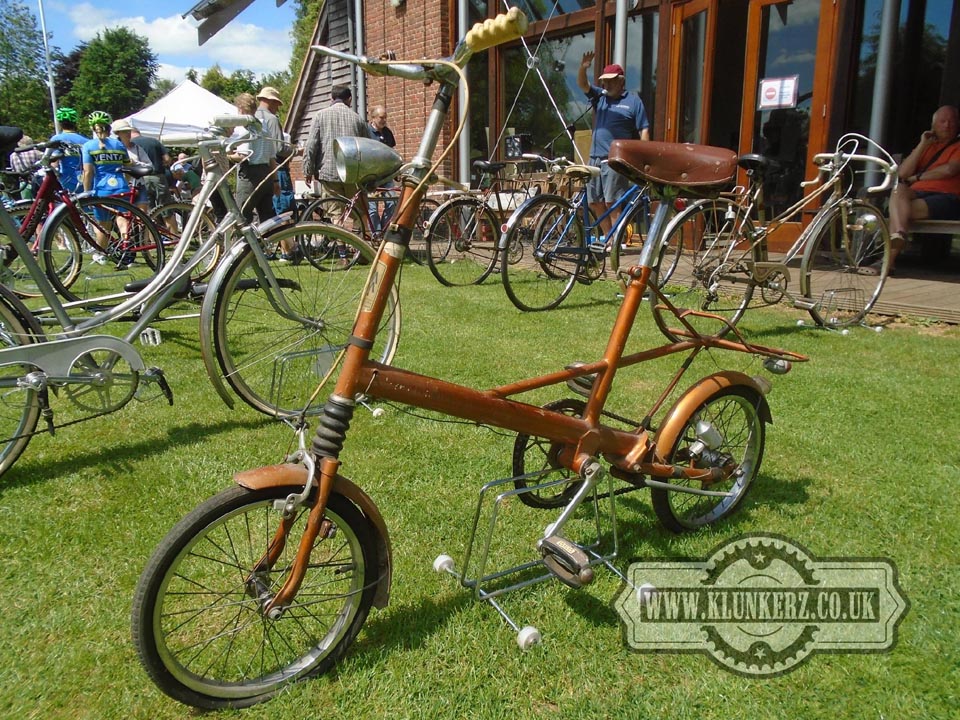 A Moulton, because as I've already said, I like brown! But not only that, it was out of curiosity, I wondered what they were like to ride! 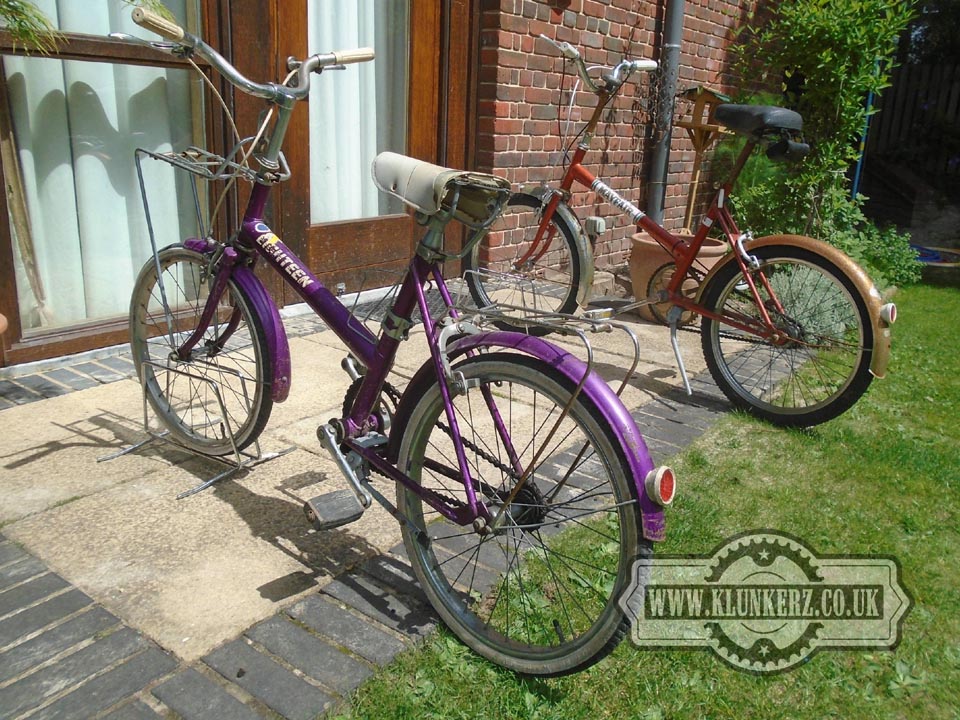 These two childrens shopping bikes, I wasn't so much interested in these, though if they had sold cheaply enough I would've had a go at them, but they would've taken me forever and a day to sell on!

There was also quite a lot of lots which were spares, or tools. I was interested in some of these as you can imagine. In particular, there was one lot that had a ratchet screwdriver in amoungst other bits and bobs. I really wanted that screwdriver, my Dad had one in the late seventies, and he still uses it to this day, its a good tool, and I wanted one for myself!

So bidding was set to start at 12 noon sharp, and 12:13 sharp bidding started! Hmm, not so sharp as other auctions I've been to, but hey ho, we were under way! Pretty soon the Peugeot was up, and number 519 (me) was ready with his card. I didn't need to be, the auctioneer started at way more than I wanted to pay, and it went over £80 in the end, and there's no way I could ever sell that for that! In contrast there was a Ribble carbon fibre racing bike frame and forks that looked like new, but only made £50!! I should've had a go at that, but didn't. The Raleigh (almost) fixie also started at more than I was willing to pay as well, so I let that go too! Before long it was the turn of the Elswick Safeway! Bidding started at £40, so that was me out straight away, and also everyone else felt the same was as nobody bid, eventually the auctioneer came down and down in his starting price, and once he got to a tenner, we were off! Once off however it was pretty soon made clear that there was a bit of a bidding war going on and I think the thing made about £60 in the end, so obviously I was out! The lovely Rotrax racer made over £300, but it was very nice, but for me, not £300 of nice! The red Ghilardi fixie next to it was very interesting, and almost as minty as the Rotrax, but this only made £90! The Black single speed mountain bike looking thing started at more than I wanted to pay, so I left that too! As did the Moulton! And the two childrens shopping bikes, but they remained unsold as the auctioneer wouldn't come down low enough to get people to bid! Crazy! I was getting ready to chalk this up as a pretty unsuccsessfull mission as I had bought nothing! Mrs Clint however would have probably chalked this up as a succsessfull mission as I had bought nothing!! But then came the turn of this white RIH racing bike. This had next to no interest for some reason despite looking like it was very well built. The auctioneer started the bidding at £40, which was too much for my liking, and everyone elses, so eventually he came down to start at a tenner... I was in up went my card and we were off! But then, so was someone else! The auctioneer took the bids up in £1 increments and finally for just £14 (plus buyers fees!) this bad boy was mine!! 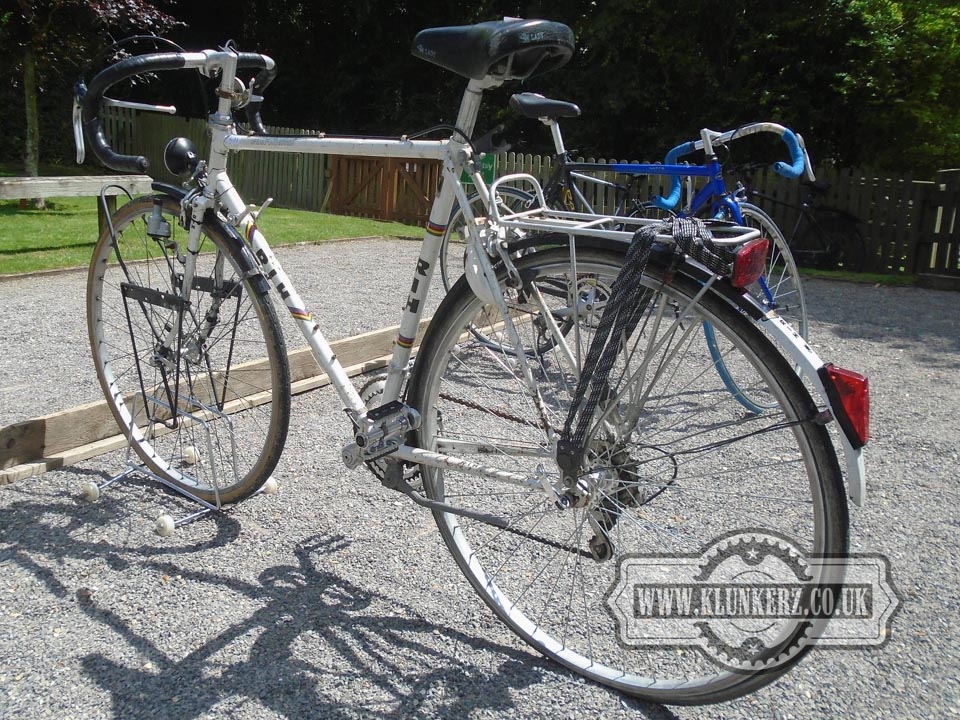 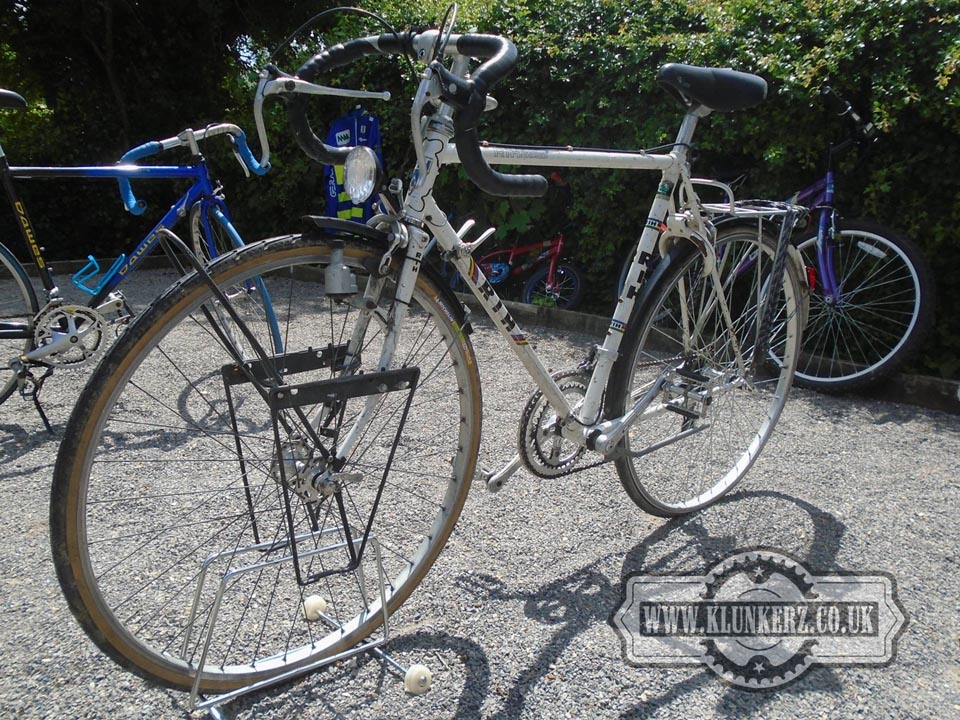 Succsess! I don't know what I wanted it for, but I thought it looked quite nice, and figured that I'd probably move it on pretty soon after riding it, and deciding that dropped handlebars, and racers in general are still not for me! As it happened the racer didn't even make it back to BelongaClint as after calling in at my friends house on the way home to show him my latest purchase he decided that it needed to be his latest purchase, and promptly topped my wallet back up! I didn't make anything on it, because I sold it to him for what it cost me, but it was an easy sale! As for the box of bits with the screwdriver I wanted in it. Well, the bidding started at a fiver, but pretty soon it was up to £40(ish) I was out. However I asked the fella if he wanted to sell me the screwdriver, and he said that he was just after this one tool in the box. He pulled out the little tool, and said that it was worth over £200!! I've no idea what the tool was for, I didn't even recognise it, but I guess the fella knew what it was otherwise he probably wouldn't have bought it! He was determined to get that box! Anyway, he then handed me the screwdriver and said I could have it for nothing!! Great stuff, so I was happy! All in all it was a pretty good was to spend a couple of hours in the sunshine!