February 12, 2018
I picked this up some time ago, and for the past two years or so it has been lurking at the back of my shed, waiting for it's turn. The thing is that I did initially take it for a spin, and I quite liked it, although I didn't really know what it was. 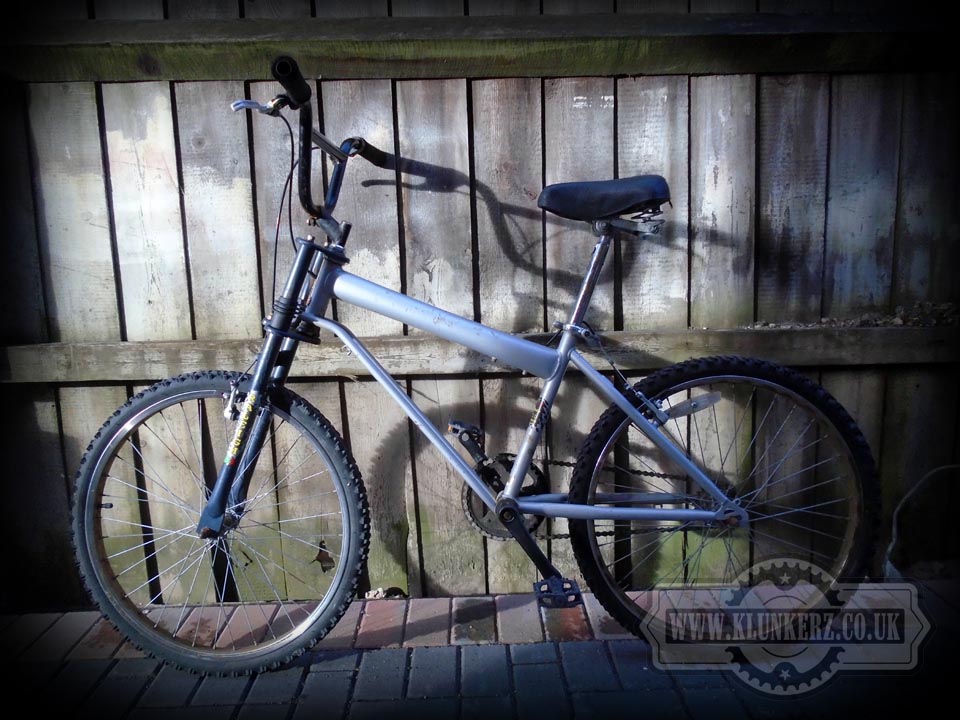 My original thought was that it was probably a Raleigh Grifter. I mean, it looks like a Grifter, it sort of has a Grifer-esque frame with forks that are very much like a Raleigh Strika. It's just that it's all been scaled up a bit. For example a Grifter had 20" wheels, and this has got 24" wheels, all this means that unlike a Grifter, this is actually big enough for an adult to ride comfortably(ish)! I never was a Grifter, or Strika owner for that matter, but I did always quite like them. When this turned up a couple of years ago, I jumped at it. Then wondered what I was going to do with it. Then put it in the shed! I have been thinning the heard in my cycle shed lately, before it gets too out of hand again, and as I hadn't touched it since I pretty much found it, it was decided that this would be one of the bikes that was culled! 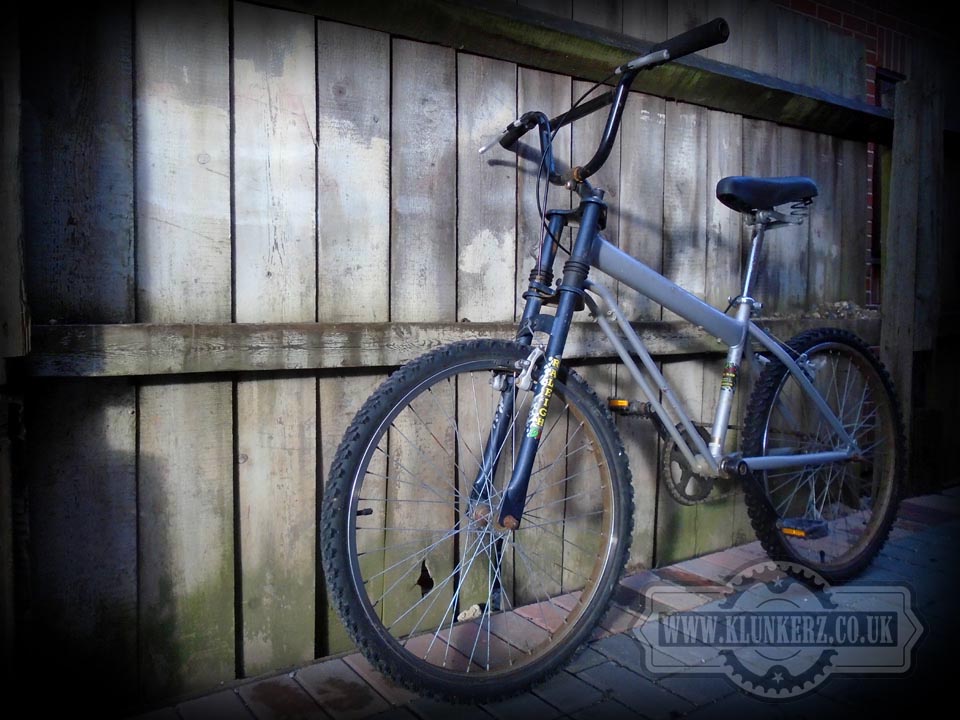 I dug it out, gave it a quick wipe down with an oily rag, and put it up for sale. I gave it a quick look over, fitted some new wind in the tyres and decided that I would atleast get one ride out of it! Despite being a sunny day it was pretty chilly, Jack Frost was doing his damnedest to knaw through my gloves and get to my fingers! It was really very cold, well, I guess it is February after all. But apart from that considering its a single speed machine the ride was pretty comfortable. I was pretty happy with it, and to be frank, I was having a good time, and I was thinking that maybe I'd been too hasty, maybe I should hang on to it for a while longer. I was feeling pretty damn cool as I rode along, and that was when it happened. High on chilly morning air and long overdue sunshine I thought that I'd indulge in a bit of profiling so that I could check out how cool I looked on my big Grifter. 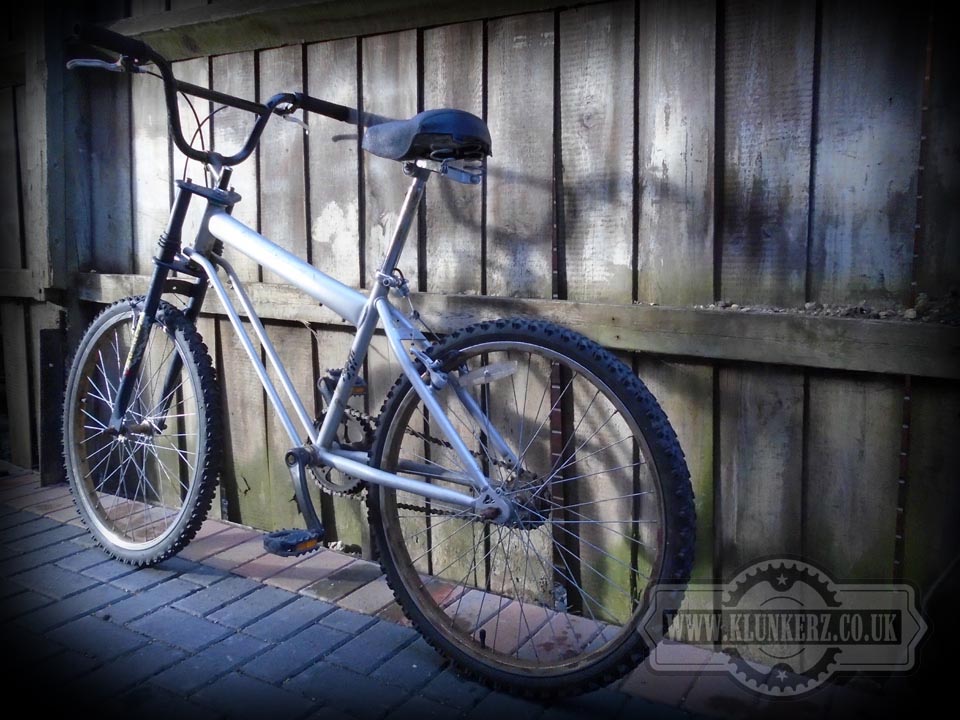 I cycled into town in search of a big glass window shop front in which to admire my reflection as I rode along so that I could see how cool I looked! How did I look? Well, not as cool as I thought. To be fair this is nothing new. I never look as cool as I think I look, but this was far worse. Although an adult could ride this, and some may even look cool doing so, a fat adult like myself is probably better off finding themselves a bigger bike to ride! I looked like Humpty Dumpty out for a ride on a childs bike! Delusions of coolness shattered, I headed for BelongeClint to put this thing up for sale! But, put it up for sale as what? I was fairly sure that as Grifter-esque as it is, it probably wasn't a Grifter! I tried looking on the internet, but when you don't know what it's called, or when it was made, what do you actually search for? I asked around and eventually I was told that what I had wasn't actually a Grifter at all. It was infact a Raleigh Dirt Cross. The Dirt Cross was a children's bicycle manufactured during the late 1990s by the Raleigh and poster advertisements  for the Dirt Cross featured the Nottingham Forest striker Stuart ‘psycho’ Pearce with the tagline “Another great player from Nottingham, England!” Hmm, well I wouldn’t know about that. I’m not into football at all, but ok, I’ll take their word for it! Anyway despite the rather high profile marketing campaign, sales of the Dirt Cross where quite low, and production ceased in 1999 leaving Raleigh with no similar replacement model. Having said that I quite liked it. I like how it looked, I like the faux suspension forks, and I like that it was a single speed, although to be honest everything I found out about the Dirt Cross said it was either a five or ten speed bike originally, so I don't know what happened to all the gears! But I did think it was pretty cool, and a nice looking machine. For me I think it is a pity that it wasn't popular, because if it was, then maybe Raleigh would've developed them further and made a version with 26" wheels and a slightly scaled up even further frame and forks. That way perhaps I'd stand a better chance of looking as cool as I feel, instead of looking like Humpty Dumpty riding around searching for a wall to sit on!