April 10, 2018
I thought I'd get more mileage from this... I found this Falcon Europa racing bike down the tip about a month ago. 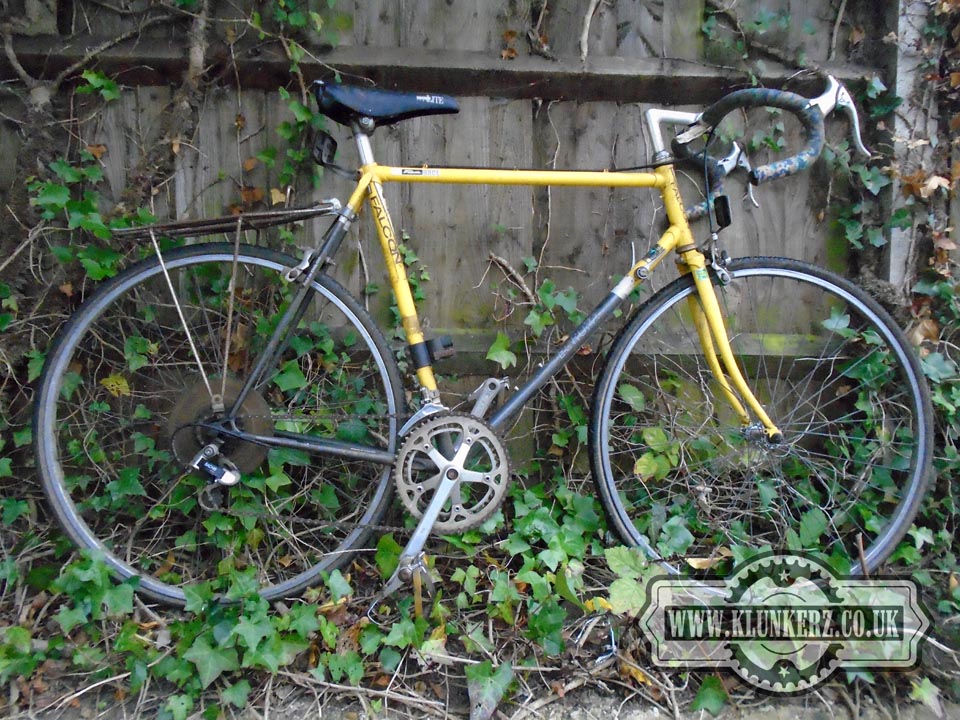 As I'm sure you are aware I'm not a fan of racing bikes, however something about it spoke to me... Probably the colour! So I ended up parting with my cash and wheeling the damn thing home. 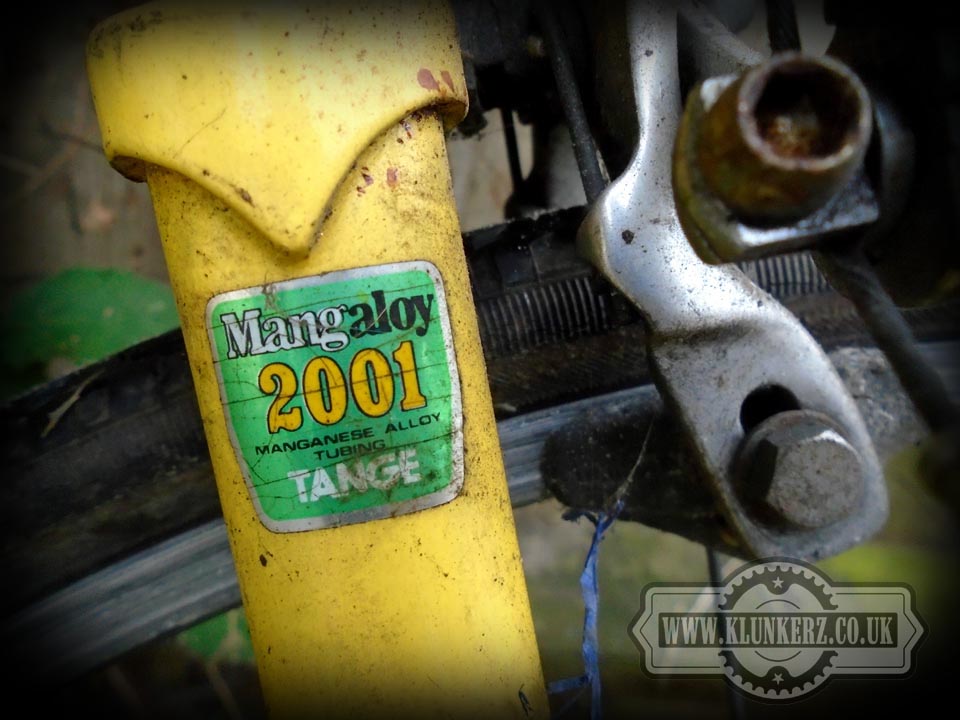 It was pretty light as I pushed it home, and once back at BelongaClint I noticed the Mangaloy 2001 decal on the front forks. I've not heard of that before but after a quick search of 'tinternet it would appear that Mangaloy is Tange's brand name for their manganese-molybdenum tubesets. These tubesets have a tensile strength that is between hi-tensile steels and chromium-molybdenum. Therefore their weight is also somewhere in between the two. However, the real advantage of manganese-molybdenum tubesets is that they retain a higher percentage of their strength after brazing. As a result, control of the brazing temperature is not as critical as with chromium-molybdenum and it is more suitable to semi-automated, mass production. Introduction of Mangaloy and similar tubesets was instrumental in lowering the cost of bicycles with butted framesets in the early 1980s. So I guess this also pretty much dates the bike as somewhere in the eighties. 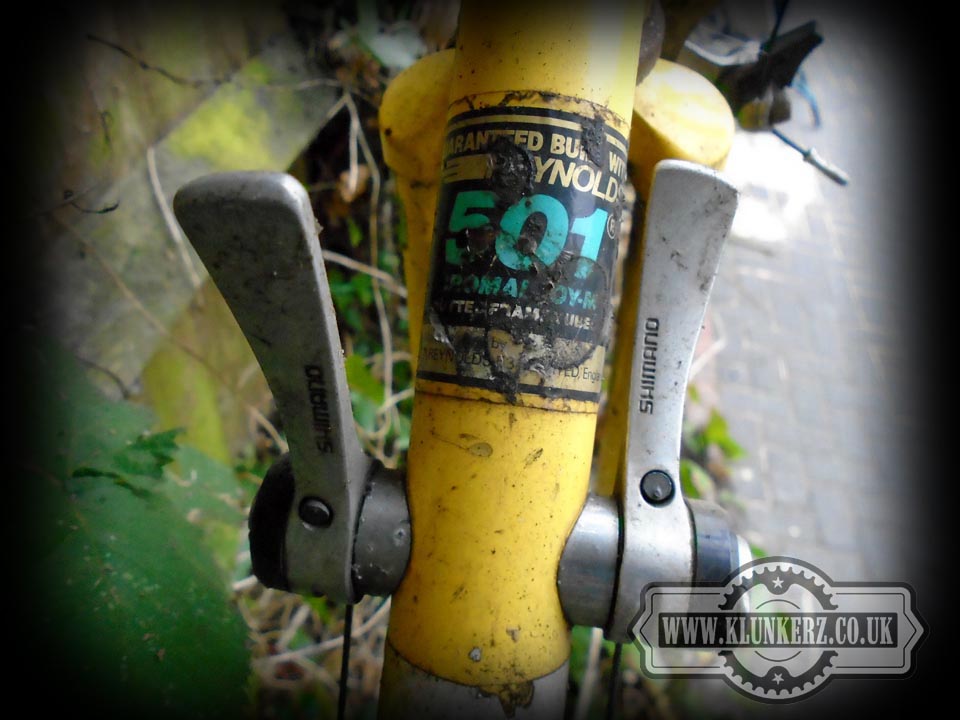 It was very light, and my guess is that when this was new, it would have been quite sought after. It seemed like such a shame to leave it at the tip. 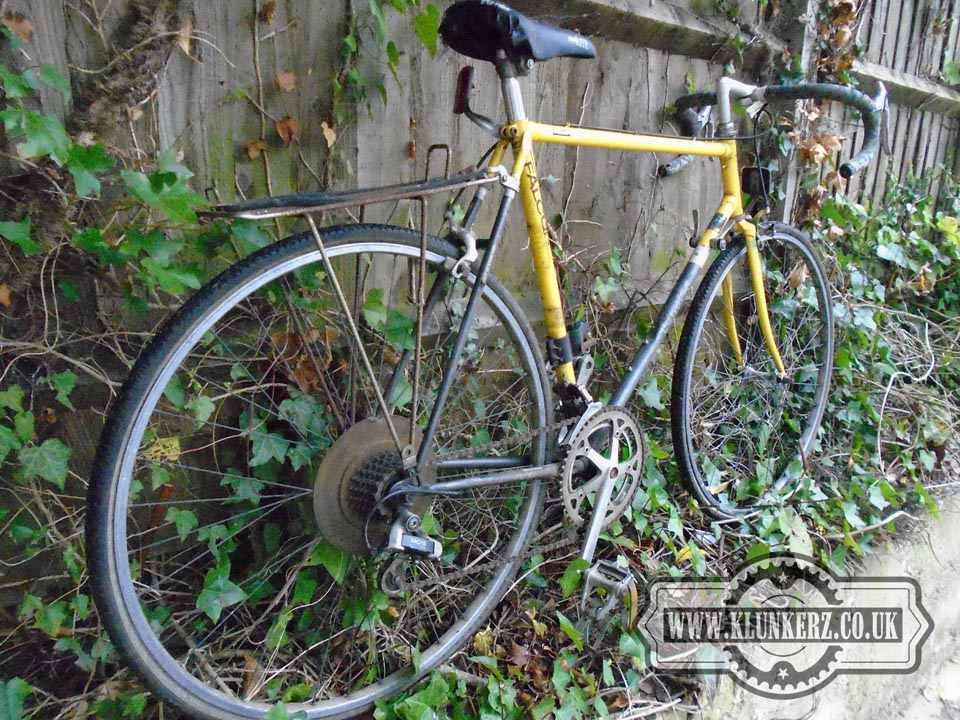 As I wondered home with it I started to formulate a plan of attack for it. I was thinking that I would try and dig out some more modern, and less corroded wheels, ditch the rack on the back, and just give it a jolly good clean up. 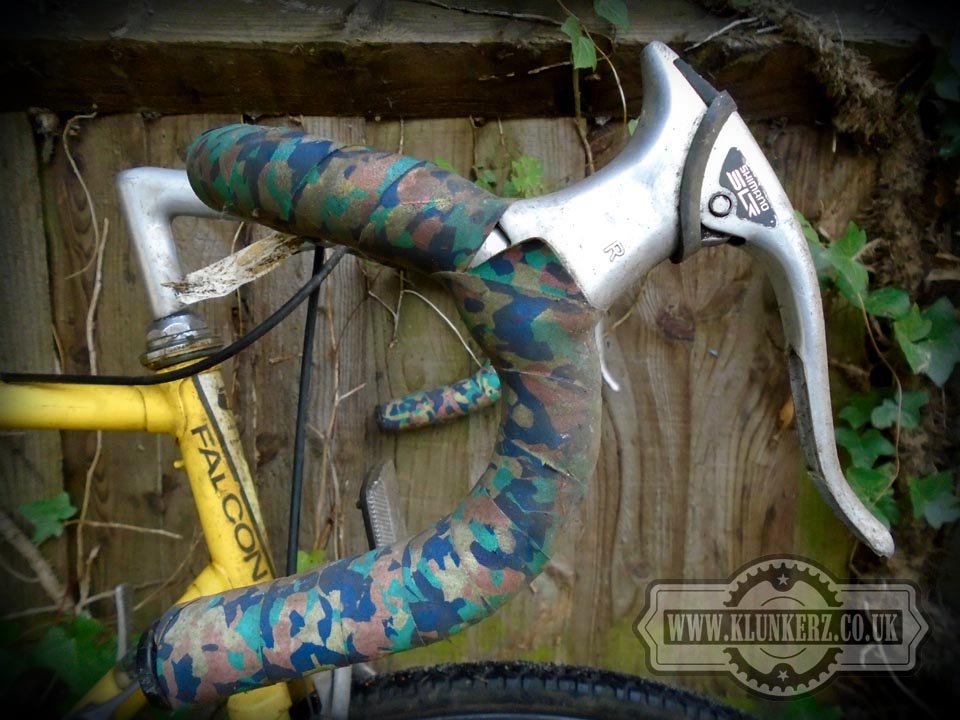 Also, those dropped handlebars were going to need to go! But I was thinking that it would proably make quite a nice touring type bike with straight handlebars, and a less razorblade like saddle. 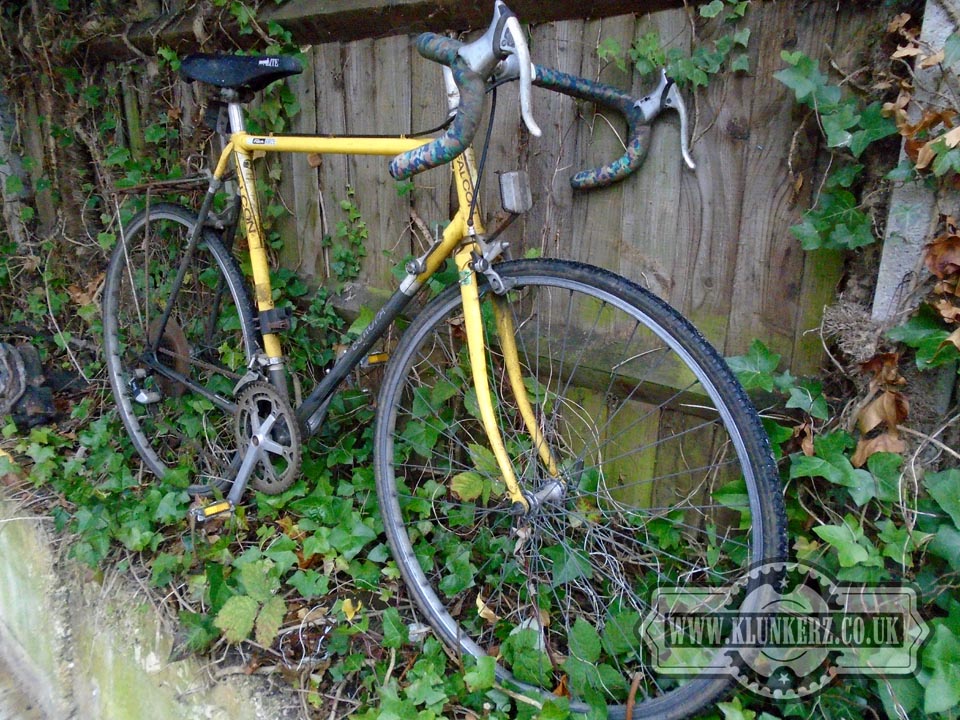 However this wasn't going to be. Before I had even reached home I had a text from one of my cycling friends which showed a photograph of his broken bike frame. How did you do that I enquired, there was a few minutes pause, and the message came back, "Jumping off the kerb like it was 1974!" I then asked him what he was going to do now, and he said that he was on the lookout for another old racing bike, if I saw one could I let him know. Well I took a photo of the Europa and sent it to him, and he messaged me back to tell me he'd have it and re-imburse me for the price of it. As my daydreams of fettling it evapourated into the ether I was a little upset that I wouldn't get to play with it, but in the long run it's probably for the best as no doubt this would just sit in my collection for a while as I doubt I would have got to it straight away. Plus it's nice that it's going to someone who I know will fettle it further, and make it good to go in no time at all... 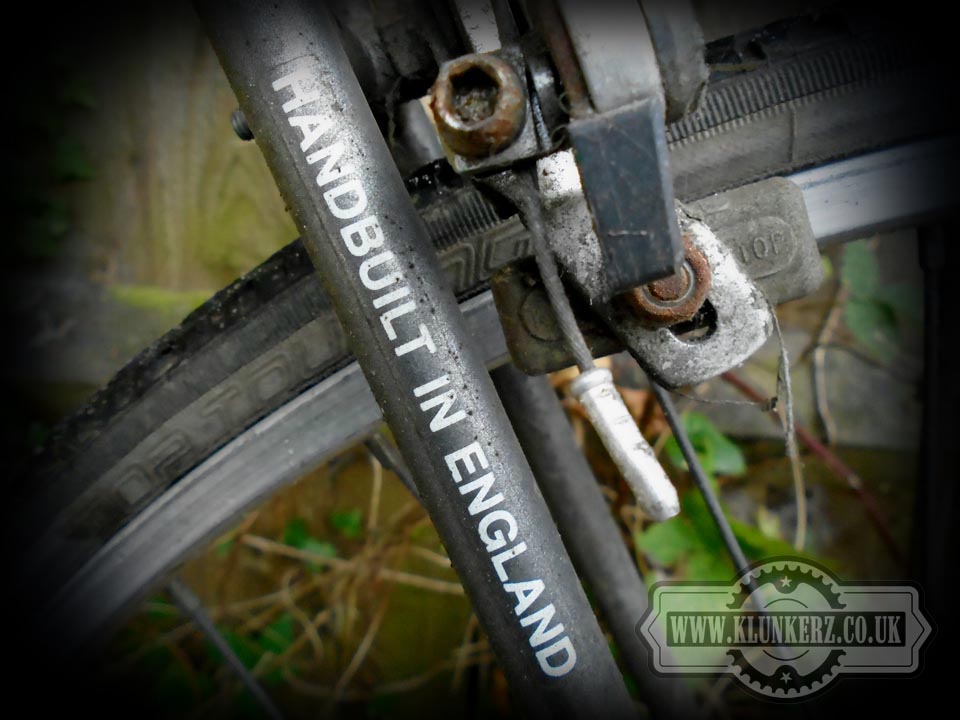 Yep, from a time when this meant good quality.