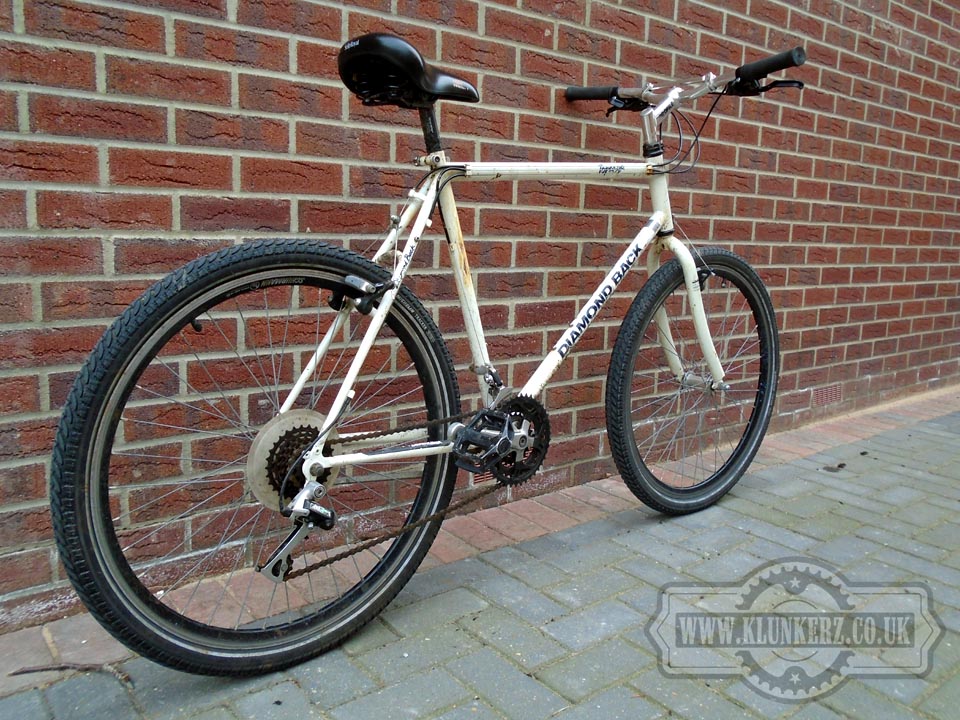 After I finished it for the first time I took it out for a bit of a ride. I wanted to tell you that it was absolutely beautiful to ride. I wished I could tell you that it was perfect, and exactly how I wanted it to be like. But it wasn't. In short, it was horrible! To me, to look at it, it was perfect, but the ride was a big dissappointment. The problem was that it was 'twitchy', and just not stable when you ride it. When you let go of the handlebars to go no-handed it wobbles about and wants to fall over, and if you're moving fast when you let go of the handlebars it's even worse! I've thought about this, and I think that the problem may well be the tyres, and perhaps the wheels as they seem to creak as you ride along. The tyres that I chose for it are very square shouldered tyres, the type of which are normally fitted to beach cruisers. I decided that it might be worth my time putting on a normal set of mountain bike tyres and seeing how it goes on them. The quickest way to do that was to have a swap around with one of my other bikes. 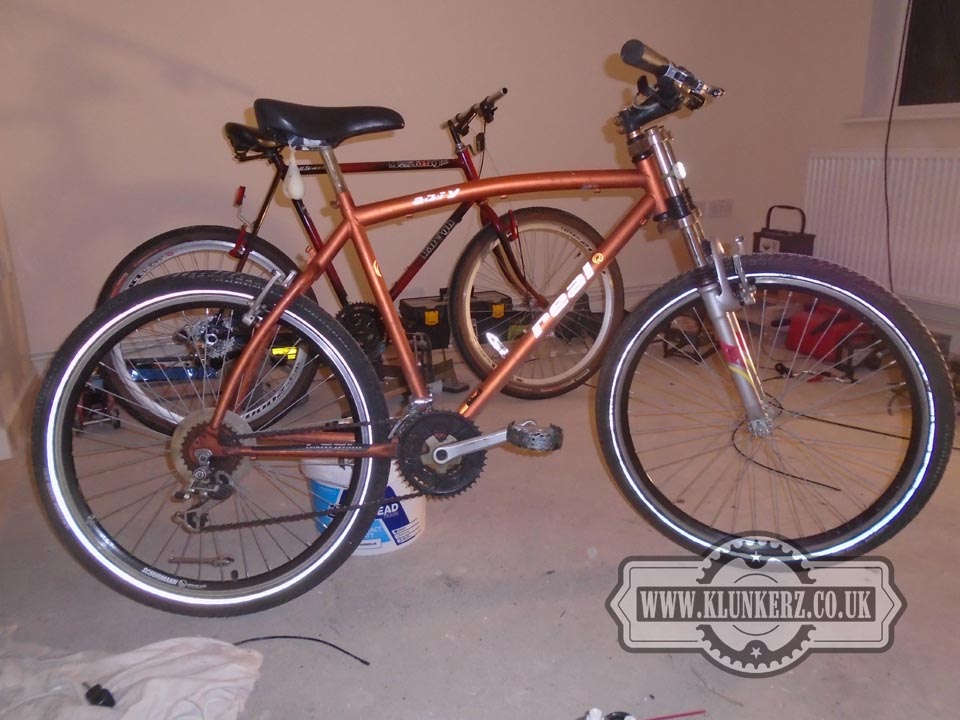 A quick look through my bike collection, and pretty soon I had decided that the Real was going to be the victim of a wheel swap. 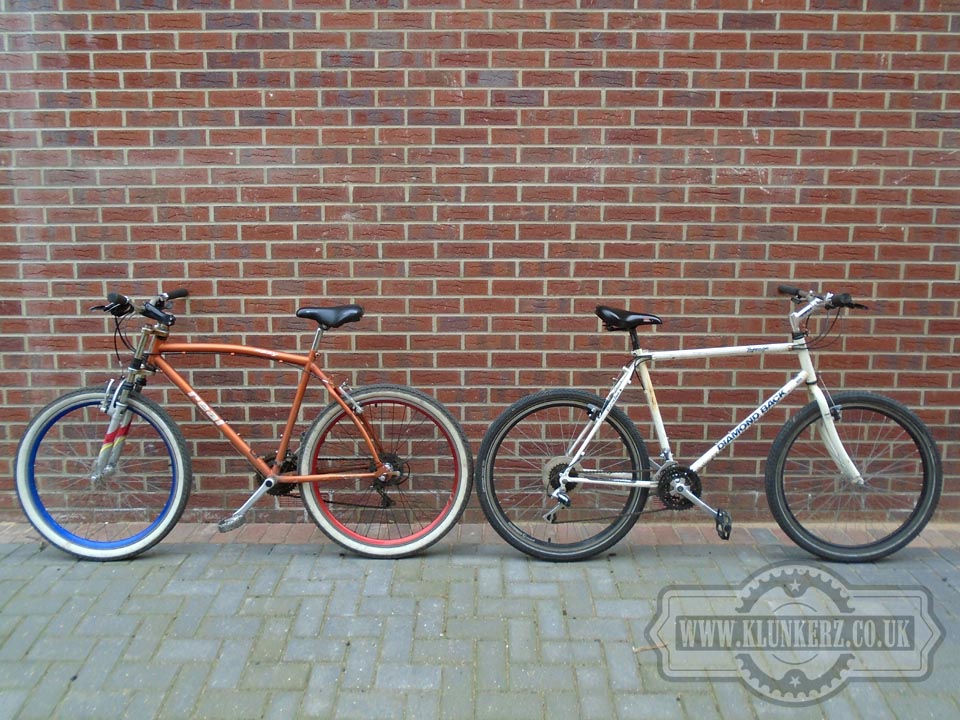 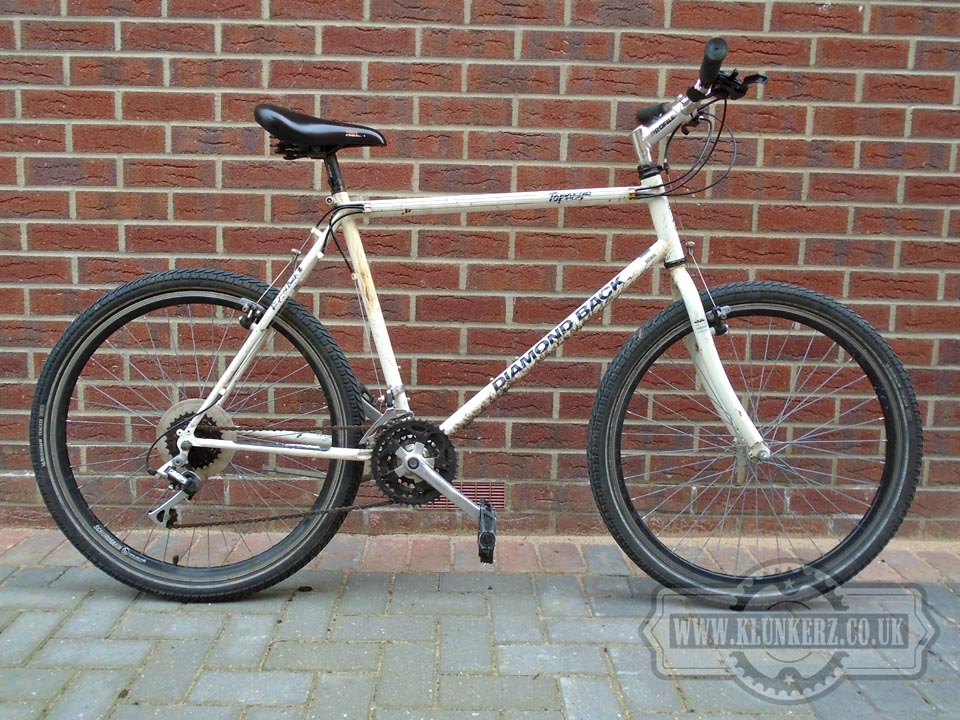 I quite like the black and white theme that it has going on now. 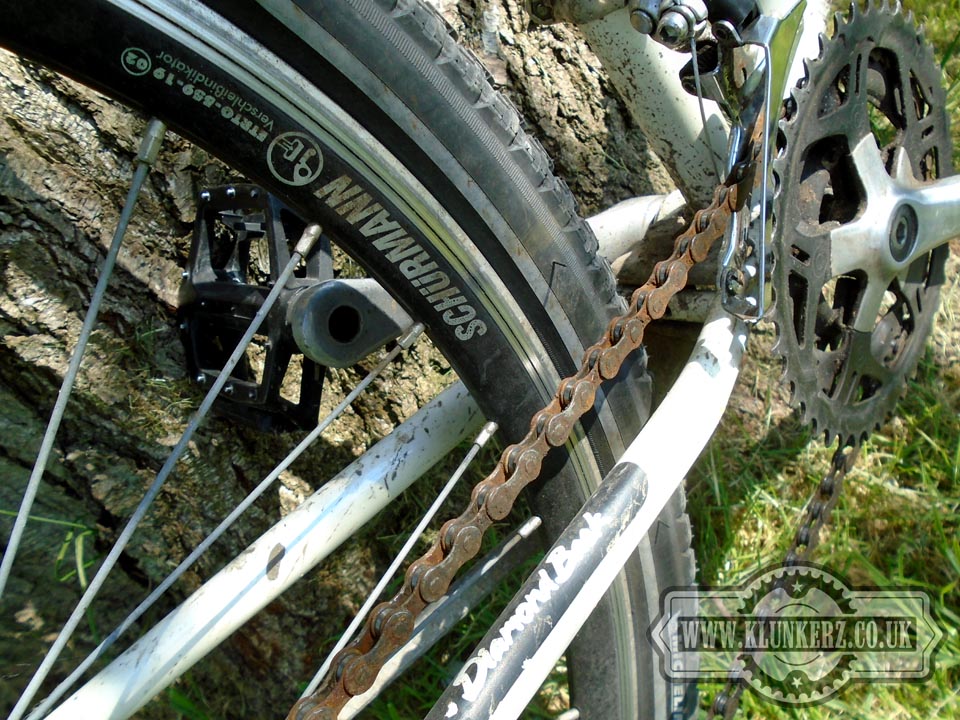 I think this is the third or fourth different bike that I've put these Schurmann wheels on now. I can't remember what they came off originally, but I quite like them. I don't know if they're an expensive wheel, and my feeling is that as the spokes are cheap looking, with an almost galvansied looking finish to them they are probably cheap wheels. But I like them, and I like how the matt galvanised finish of the spokes contrasts nicely with the black rims. 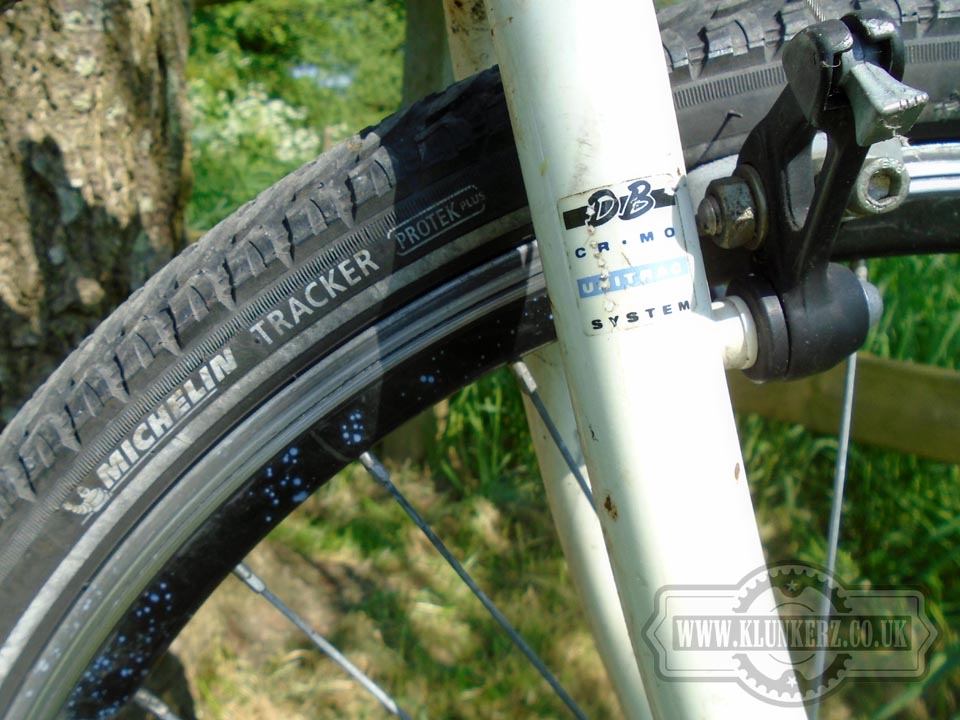 The tyres are probably what makes the most difference here. They are quite fat, very rounded Michelin Trackers. I'll be honest, like I said before I like the black tyres and wheels against the white(ish) frame. I do think I prefer it over the nice red and blue wheels. But never mind all that for a minute, what's it like to ride now? 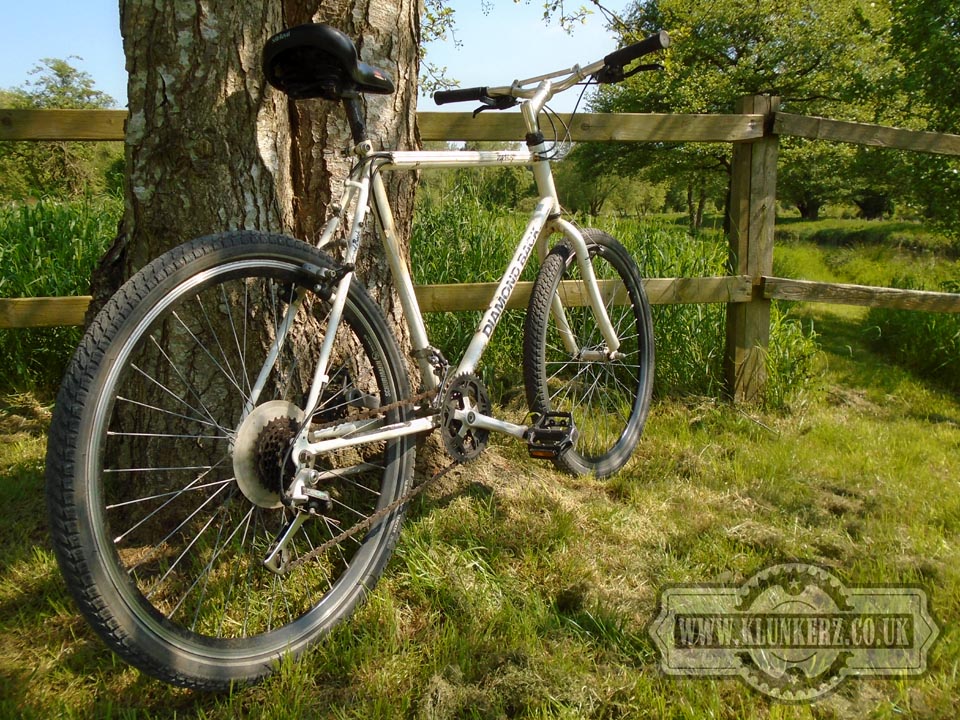 Better!! Much MUCH better!! It really has transformed the ride of the Diamond Back. I'll go so far as to say that it is now a joy to ride, and that really is the point of building a bike for yourself, as there is really no point in building yourself something terrible to ride. If thats what you want you might as well save yourself the trouble of building one, and just buy yourself a cheap full suspension mountain bike from a supermarket or something! I really was at the end of my tether with this when I finished it for the first time. It was so horrible to ride that I was ready to throw in the towel, cut my losses, and sell the damn thing after my last ride on it. But right now, at this moment in time I'm thinking that a few more changes, and I'll be happy to keep it in my stable for a fair while yet. So what now? Well, would you believe that now that I know what the problem is, I'm going to change the wheels and tyres! Like I said earlier, I like the black and white look that it currently has going on, but those wheels belong on the Real (probably!) As do the tyres, although I have been toying with some knobblies for the Real lately. So my plan is to track down another set of black rims, and then fit a fat round completely white tyre to it... Actually, as good as I feel about it right now I might even splurge and treat it to a pair of Schwalbe Fat Frank tyres!! Then do nothing to it apart from ride it... A lot!!