June 30, 2018
The early bird catches the worm as they say and this morning I found myself dumping rubbish from our garden at the tip. This of course has coincided with getting hold of another bike that I don't need! 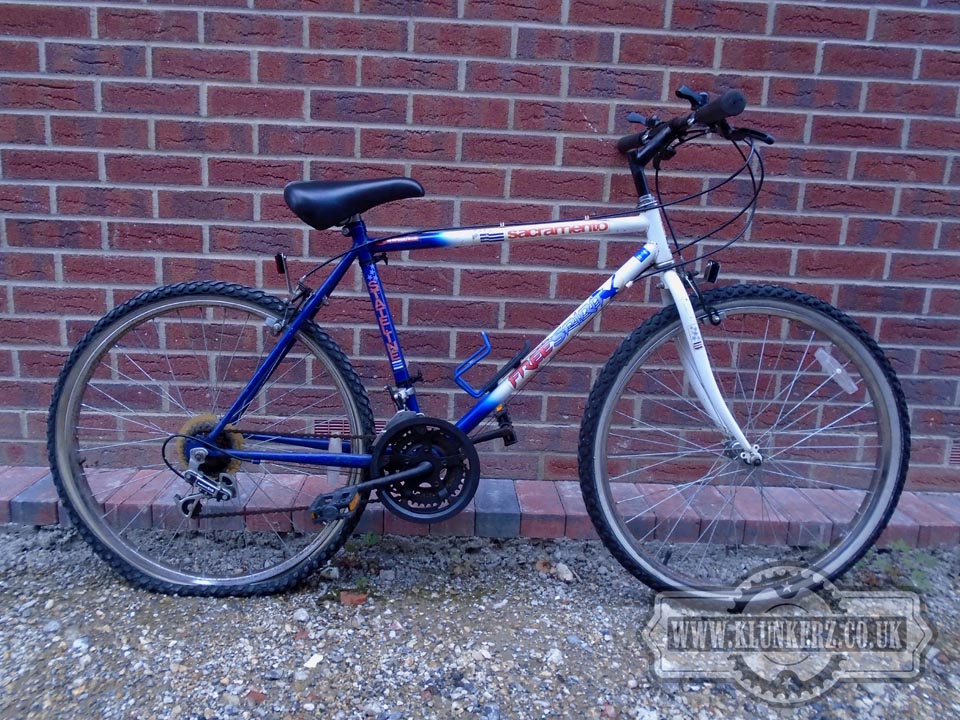 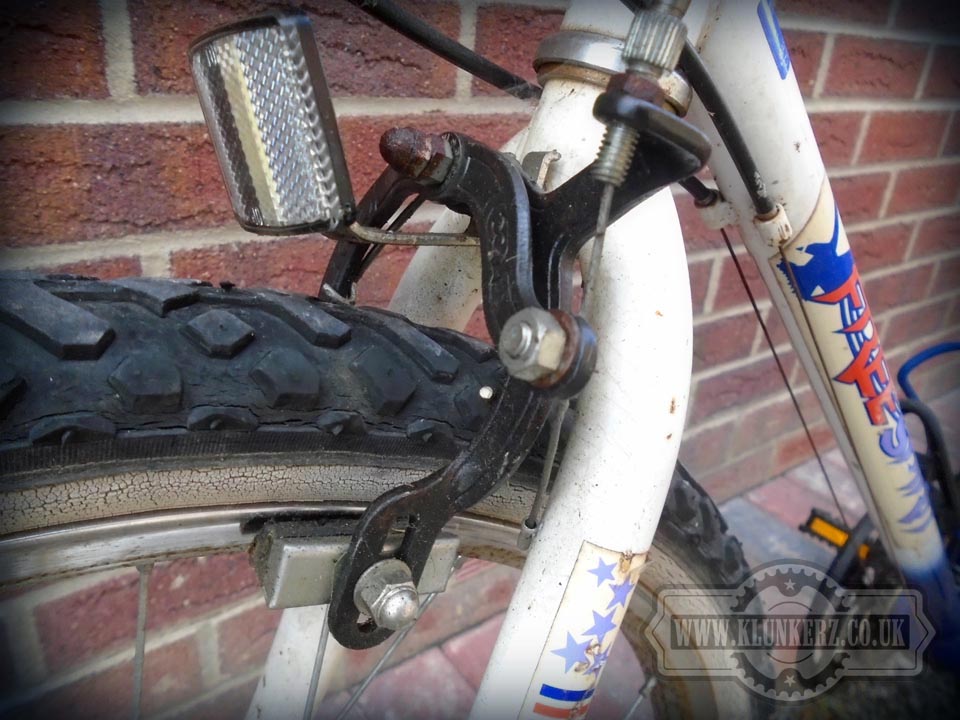 Everything about it looks to have been done to a small and tight budget, but thats ok, I kind of like cheap eighties bikes. The brakes are possibly the cheapest type of brakes you can get your hands on, just plain stamped steel calipers, which are activated at the other end of the cable by cheap nasty plastic brake levers! 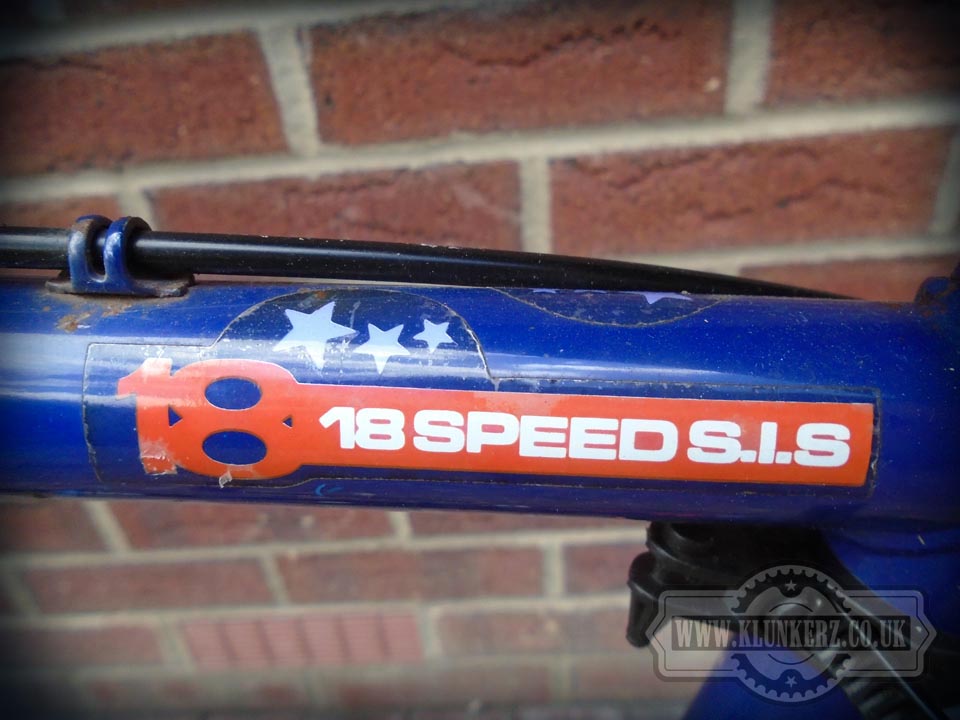 It does however have 18 gears, and to be honest, my guess is that when this was new it was probably atleast three, and more likely eight gears more than other cheap mountain bikes! 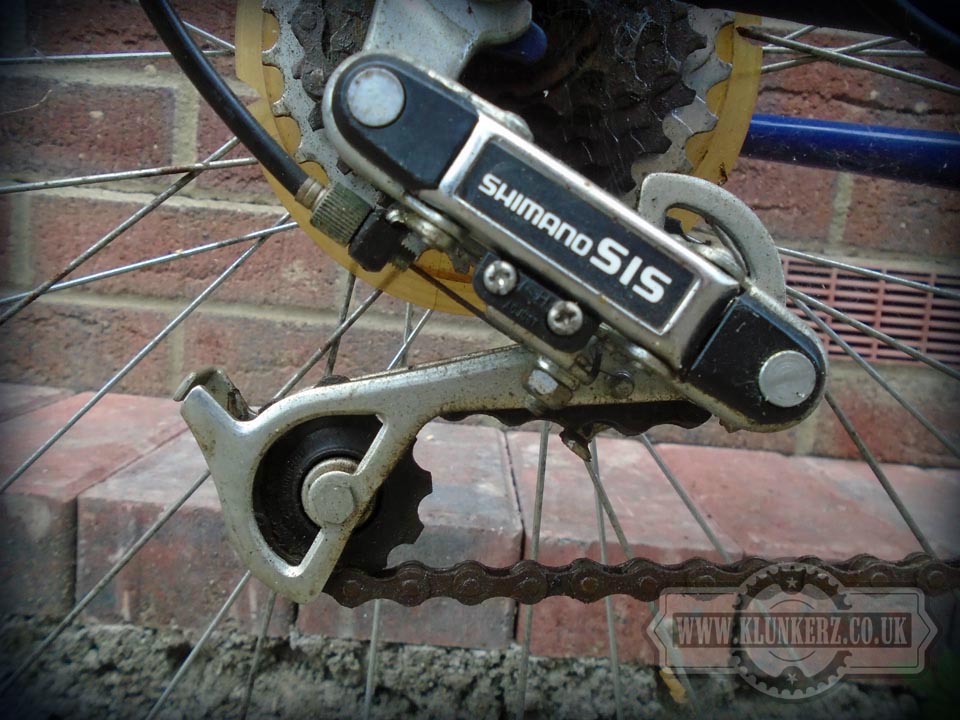 Like the amount of gears, being fitted with Shimano Index System which was only introduced in 1984 was probably cutting edge at the time too, especially on bikes at the cheaper end of the market! My guess is that this bike would've been made not long after the Shimano Index System came out. 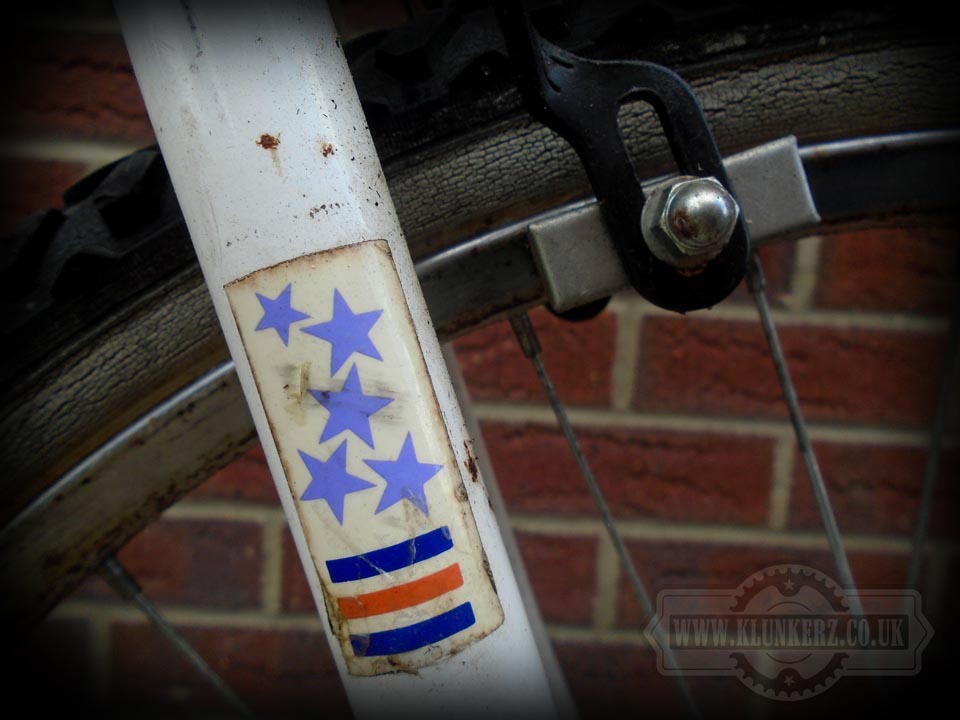 Steel frame and of course steel wheels make this quite a heavy little bike, but it has to be said that its a very solid little bike too. 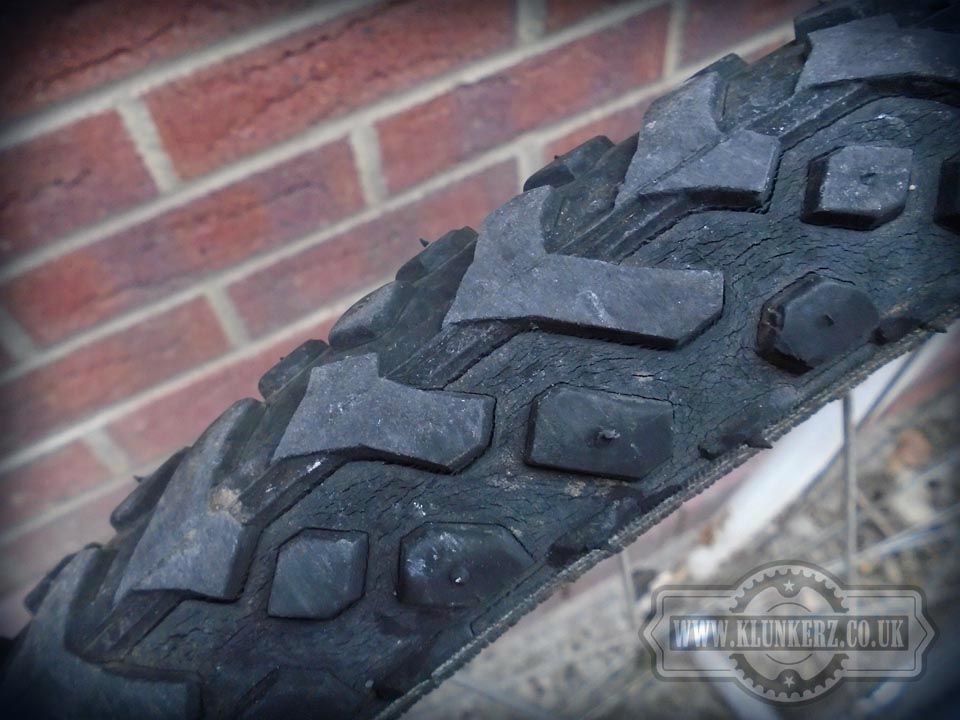 My guess is that these tyres are the ones it left the factory with the best part of thirty years ago, and they even hold air! So what's it like to ride? Well, heavy. I would say that whoever dumped this bike never rode it much, and probably kept it in a shed, therefore it is in pretty good shape. However the front wheel has a fair old buckle in it which the brakes actually bind onto while you're riding along, and the rear wheel is doing it's best impression of a fixie rear wheel. That is to say that the ratchet in the rear hub is rusted solid, which seems a bit odd as the rest of the bike is not very rusty at all. I gave it a good going over with WD-40 in the hope that riding it would free it off a bit, but no. Out on the road you are peddling full time as the seized ratchet won't let you coast. But apart from that, and despite its feeling of cheapness it rides pretty good. But this is something that I've found with cheap mountain bikes from the late eighties or early nineties, they would seem to be much better to ride, and better put together than so called good mountain bikes from today. I'm not too sure where I'm heading with this little thing yet, although it has a 19" frame it does seem marginally too small, I'm guessing that the top tube is a bit short perhaps. But like other cheap eighties bikes I've had, I do actually quite like it, so I think it will stay in my collection for a little while longer yet. Atleast until I've tweaked it a little, sorted out the wheels and had a little play!