July 22, 2018
In the twelve days or so since my last update I have been riding the Coker Monster... A lot! As I said the last time it is much harder to ride than anything else I've got, and as such it means that I'm probably getting a bit more excercise than usual, a fact that confirmed this morning by my bathroom scales! 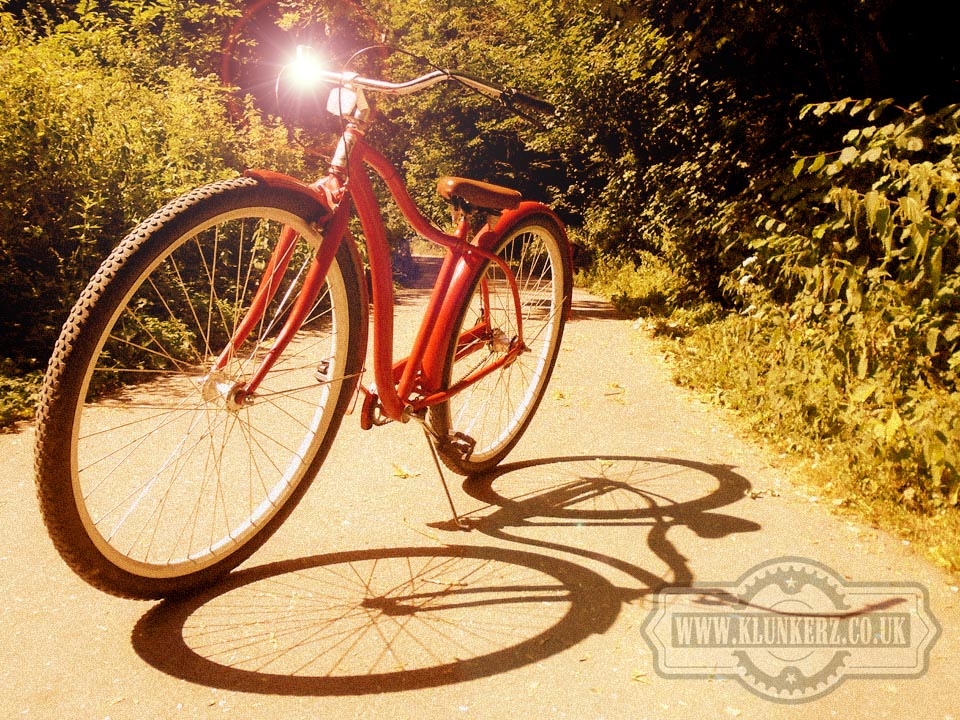 In other good news, this weight loss is not due to my legs falling off, although they really were a little bit stiff for the first couple of days! The bad news is that I fell off the damn thing... Twice... On the same ride! The reason for this is that on the cycle path where I ride people also like to walk their dogs, and this is fair enough, it's a wide path. However these people generally don't tend to have them on their leads, and so the dogs are just wandering all over the path. In the past I have hit dogs on this cycle path a few times before. The dogs that I've hit are generally small creatures that come out of the hedges either side of the path. But this time it was different. The first dog I hit was a Whippet which I'm guessing was about 18" tall. There are two things I have noticed about having wheels that are 36" tall. Firstly, when they are moving, even at slow speeds you cannot stop them quickly. Secondly, a 36" tall wheel has no problems in going over an 18" tall Whippet. I was only really crawling along, but this woman had dogs all over the path off their leads, and as I approached him, he ran across infront of me. The front wheel went over him, which was quickly followed by the back wheel getting him too, which was followed by me falling off! Thankfully the dog seemed to be ok, and I've seen the woman with the Whippet since, so I'm presuming that he is ok. The woman was very apologetic, and quite nice about the whole thing, since this incident whenever I've seen her on the cyclepath her dogs have all been on leads.

About twenty minutes later on the return run I hit the second dog. This was completely the owner of the dogs fault! But much like the previous Whippet, the 36" wheels on my Coker Monster had very little difficulty in running over a slightly larger dog, which was a Golden Retriever which stood I'm guesing at around two feet tall! I got right over him with the front wheel, but stopped before the back wheel hit him. Although I may have stood on the poor fella as I tried to bring the Monster to a halt. But like I said, this was not the dogs fault, it was completely the fault of the owner. As I saw the Golden Retriever by the side of the cyclepath he was looking through the trees away from the cyclepath at the river. The owner was sitting on the opposite side of the path to the dog. As I got to the dog I was really only going walking speed, but just as I was about a couple of feet away, the stupid owner called his dog! The dog of course just turned, and ran towards his owner, completly oblivious to me until he was getting run over! The yelped, and the owner was furious with me, and shouted at me that I could've injured his dog with my careless riding! I told him that if it wasn't for him calling his dog as I passed it, then it wouldn't have got run over by me! I told him that I believed that he called the dog so that it would run infront of me and knock me off, I reckon he actually did it on purpose! Now, I'll admit that I'm no dog lover, but I wouldn't want to inflict any pain or injury on one either, or for that matter any animal. What sort of moron would call their animal right as something was about to pass by it? I'm telling you, people like that boil my wee! Anyway, the dog apperaed to be ok when I left, but the very angry owner said he was going to phone the Police because of my reckless riding! Hopefully he did, although I've not heard from them yet. After this incident I decided to walk home, and by walk I mean hobble as the second one sort of jarred my leg! I've decided that with the forth comming school summer holidays I shall take a break from the Monster as no doubt the cyclepath will be overrun with parents out walking their dogs, and children as I didn't want to hit a dog, and what I really don't want to do it hit a child who is wandering obliviously all over the cyclepath. However I may still take it out on a run or two late in the evening, when the cyclepath seems qiuet.

Now then, before I finish this post I figured that I might just show you what the Coker Monster looks like against a normal sized Beach Cruiser. 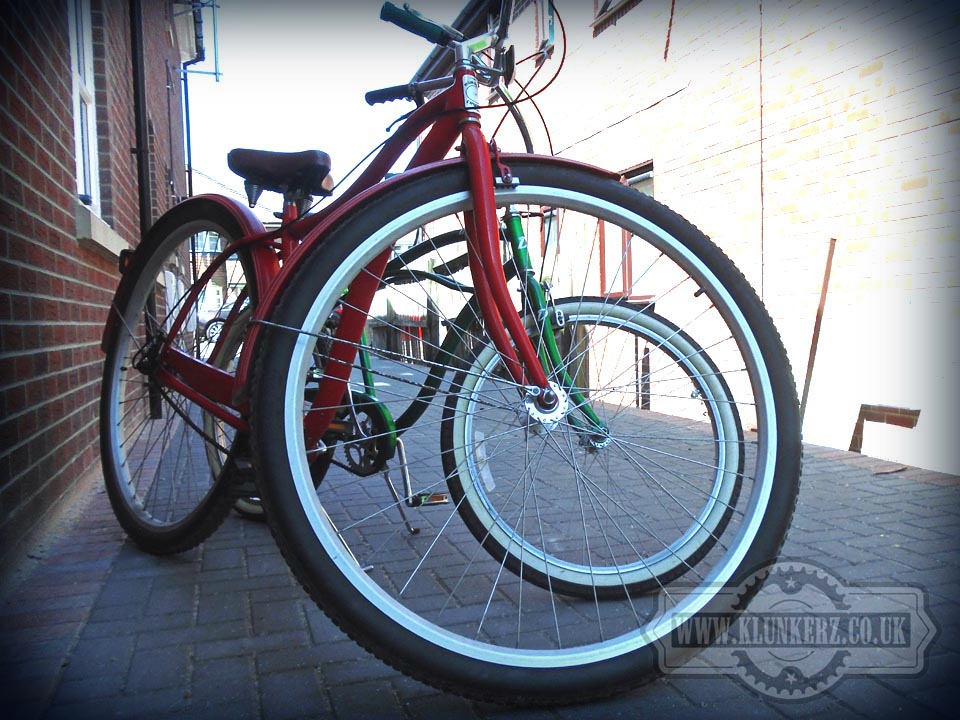 Like I said, those wheels are massive, so small, and big dogs need to beware! 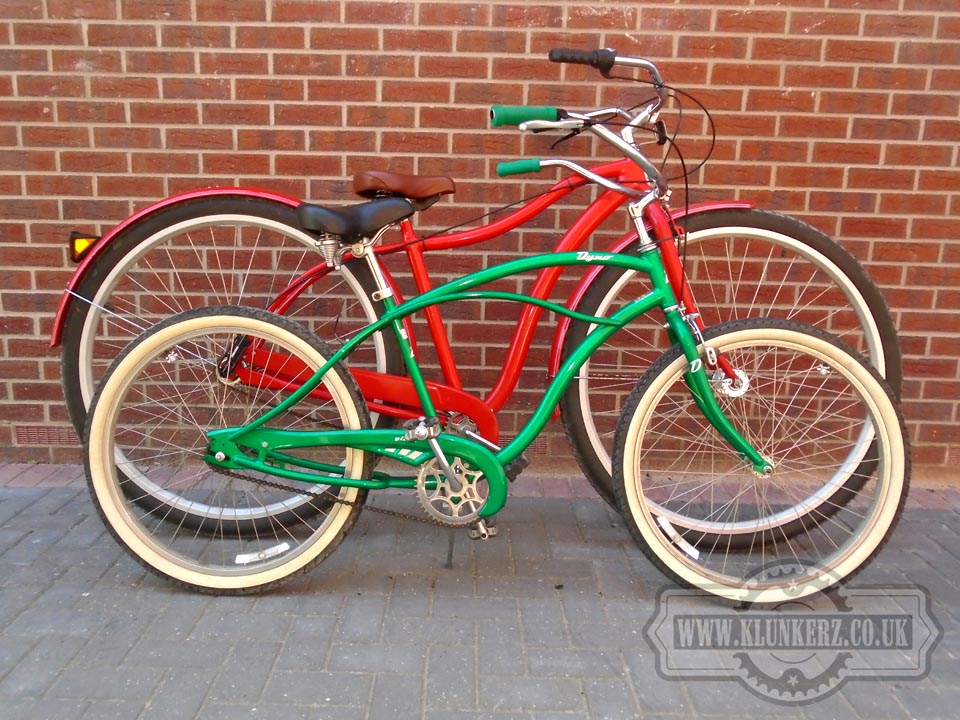 This is what it looks like next to my GT Dyno Glide Beach Cruiser. Essentially the frame and forks are the same length, which I'm guessing is still just over a foot longer than a normal mountain bike. But when you add the size of the 36" wheels to the mix on the Monster then it becomes about a foot longer in total length than the Dyno Glide. Added to this the size of the massive wheels also makes it a fair bit taller too! 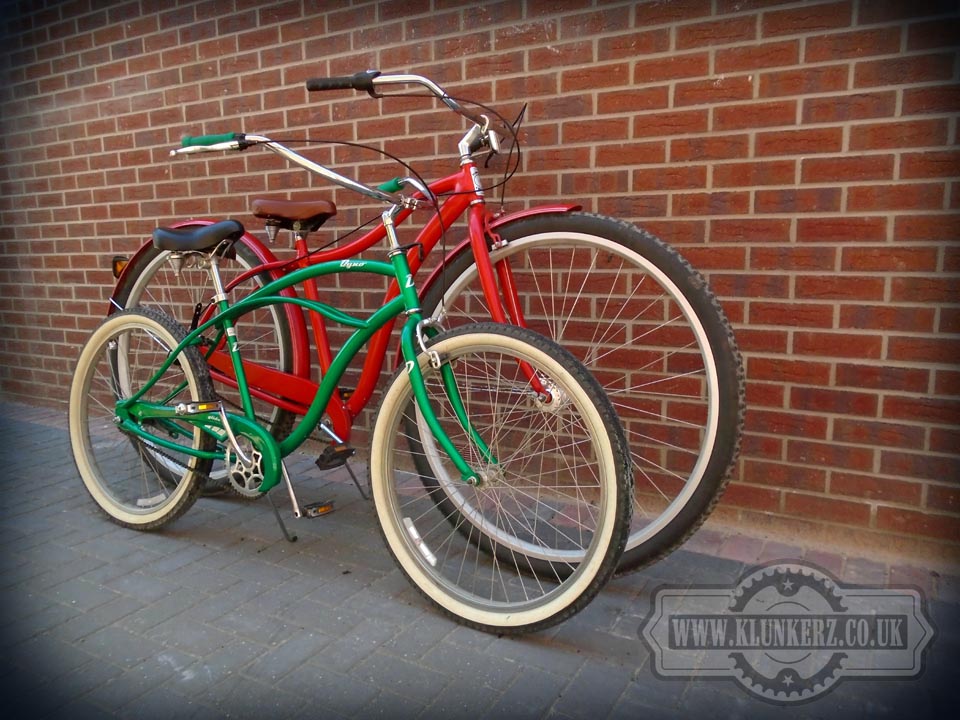 The other difference is that I prefer the GT Dyno Glide to the Coker Monster. It is, and has been for some time my favourite Beach Cruiser. It is lovely to ride, comfortable, and despite only being a single speed, it's a fair bit faster. Plus, and this is a very BIG PLUS, it stops quickly. However I think I'll have a couple of days of riding something a little more normal (whatever that is) for a bit., then, while the big golden orb is still out I think the GT Dyno Glide will have a few outings!