August 14, 2018
I've been slacking for a while now, mainly because I've not had anything worth telling you about. This is because for a while now I've not been riding. Somehow I've managed to trap my sciatic nerve, and to say this is uncomfortable would be the understatement of the year. Rather annoyingly I managed to do this at the start of the school summer holidays last year too. I am hoping that this isn't something that will become a tradition! Anyway, having a trapped sciatic nerve means that I can't seem to get comfortable, walking takes for ever and a day to get anywhere, and riding, well, thats just too damn uncomfortable to even contemplate! However, buying bikes is still pretty do-able! So today while I was down at the tip I managed to buy myself this... 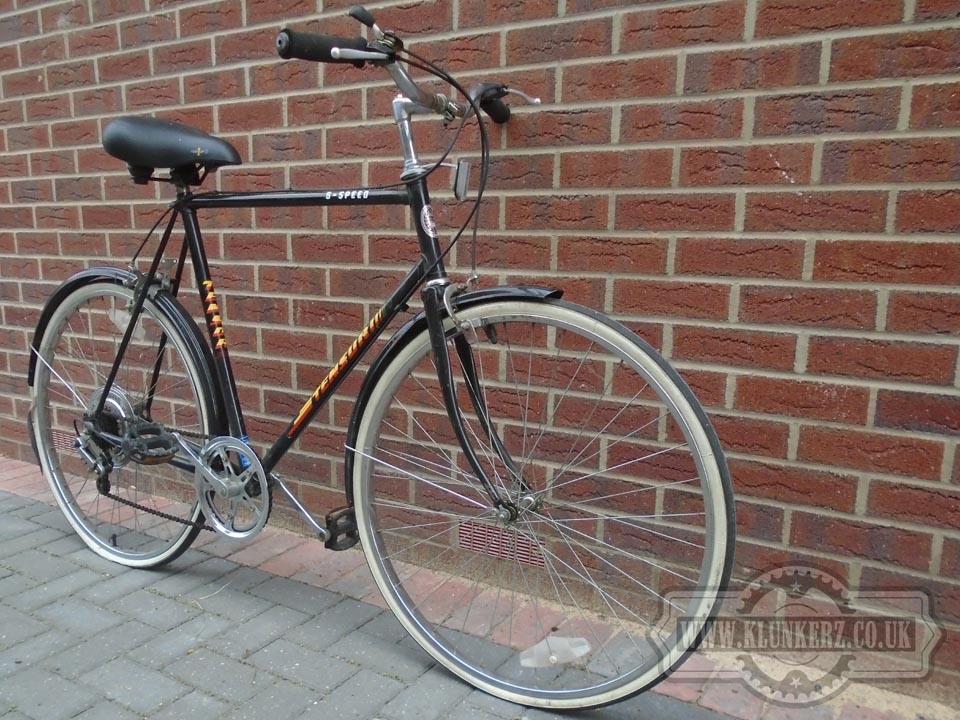 A Tensor Tensuri, possibly, although it might just be a Tensor Tensur. I can't decide, the graphics are tricky to decipher! Anyway, it's in pretty good shape, and almost rust free... Almost! So what is it? Well, I don't know, but it seems to have been made in a traditional manner, with buttressed frame lugs, and steel tubing. My feeling is that this is much newer than its styling suggests. 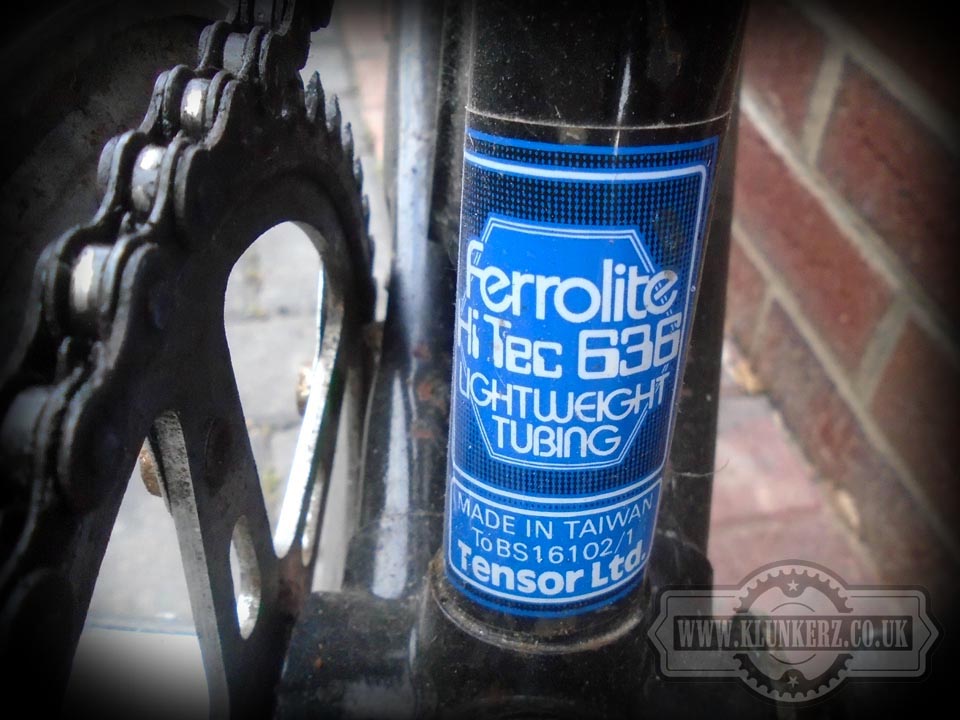 By all accounts it is made from Ferrolite 636 lightweight tubing, and to be fair to it, it is very light. However I've no idea what Ferrolite 636 tubing is, or even if it's any good. I think I would've preferred it to have had a sticker that said something like Reynolds tubing, but I guess that would've made it a far more expensive bike to begin with. The other thing I noticed is that up on the headtube it says made in Darlington, and down by the bottom bracket as you can see it's made in Taiwan, or perhaps thats just the tubing, then it's all shipped to England and made into bikes... Probably not! 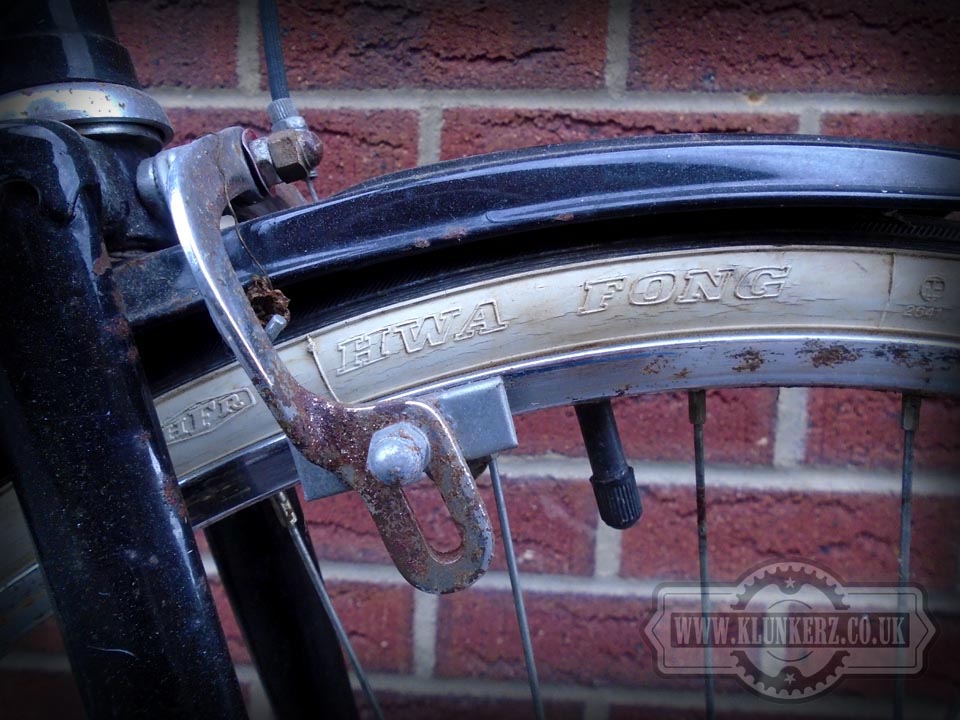 The brakes have a low budget look about them, my feeling is that combined with my weight they would probably bend in the event of me braking hard! The tyres too look to be from the low end of the budget, HWA FONG tyres is a brand that I am not familier with. Still, could be worse as by all accounts they also came with Dai Yung tyres, which I don't like the sound of at all! 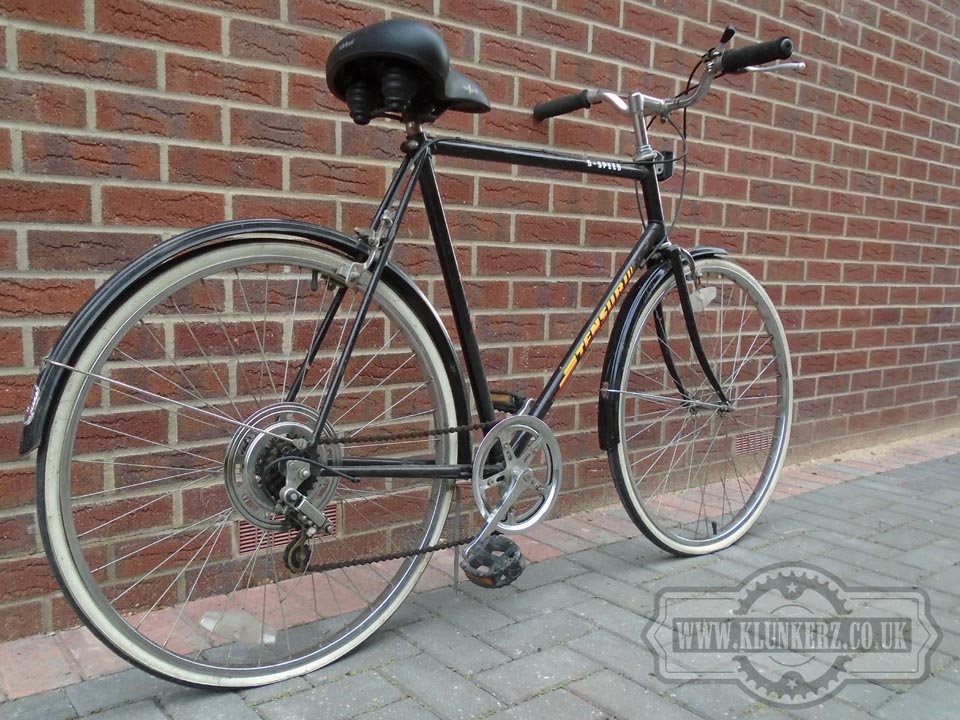 Despite its cheapness I do quite like it, and I like how for the most part even the chromework is good. It's almost a shame that I'll probably replace most of it! 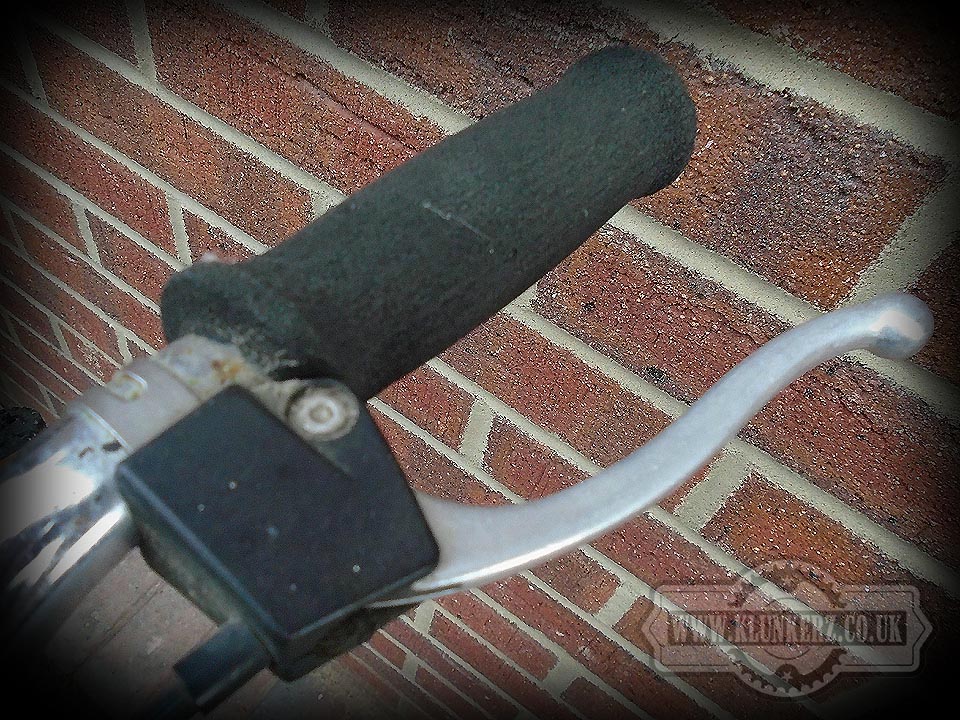 Foam grips, that are suprisingly still quite supple, pretty much put this bike somewhere in the eighties! The brake levers, although like the rest of the bike are pretty low budget, are quite attractive to me. I'm pretty sure that I'll swap them for something else in time as I feel that the plastic will probably snap after a bit of use, but, as I said, I do quite like them. 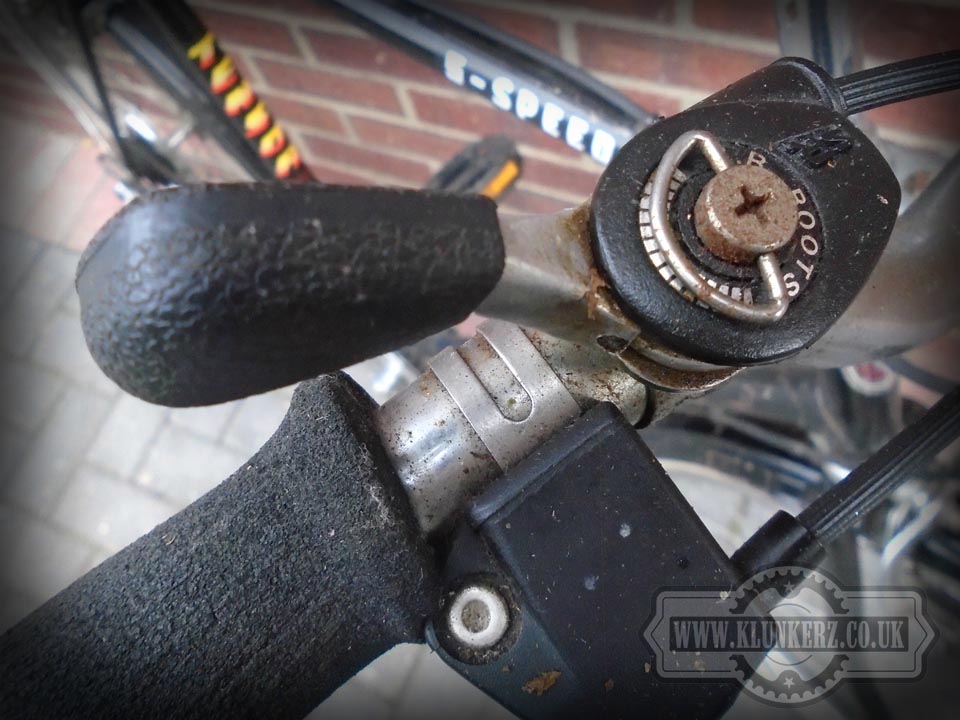 SR Friction shifters, again, very 1980's type stuff, but I must admit that sometimes I actually prefer this type of shifter to the index type, it's easier to set up in the first place. I would certainly have these over the grip shifter type! 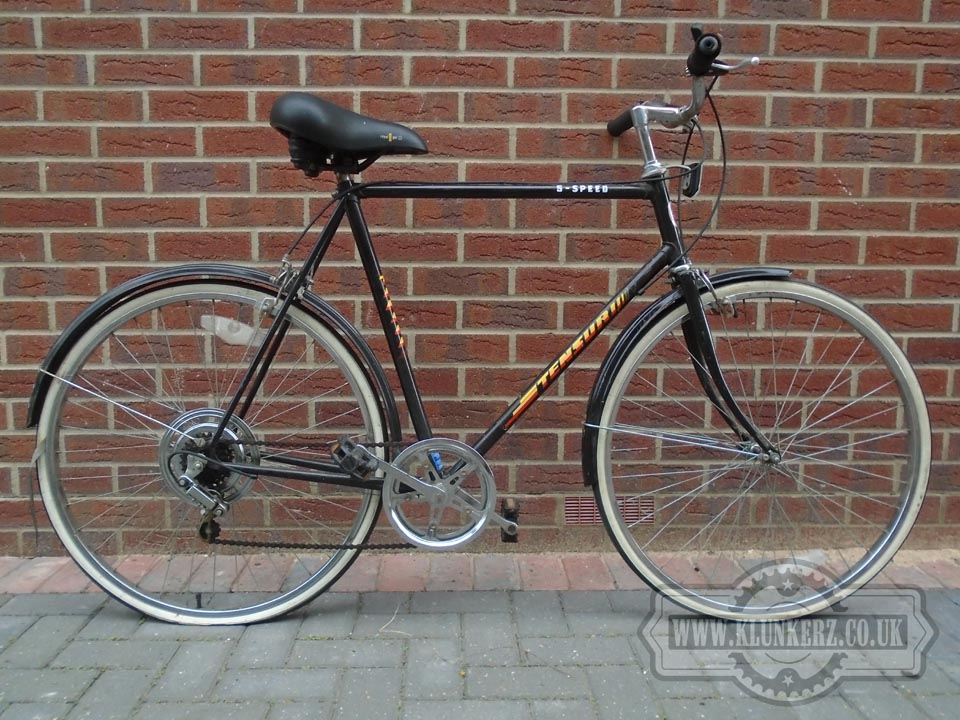 I've done a little digging on the internet to see what I can find out about Tensor cycles of Darlingtom, England, and so far it's not so good. Not even the people from Darlington held Tensor in high regard. They existed to make a fast buck and had no ambitions to be a highly regarded bicycle manufacturer. Apparently they were the cheapest of the cheap bicycle makers. They assembled bicycles from poor quality components as cheaply as possible... The thing that concerns me the most however was that there were numerous tales of forks breaking, what would actually happen is either the steerer tube would fracture just above the bottom bearing, or one of the fork legs would work loose from the crown. Neither of these sound like Ideal scenarios to me! There were also tales of bottom brackets self disassembling and an inability to stop using brakes alone. Although I'd pretty much worked out the brakes bit just by looking at them! Despite the numerous tales of doom and gloom regarding Tensor bikes I think I may well keep it in my stable for a while. As you probably have realised by now, I like crap bikes! I might see if I can locate a better set of front forks for it though!