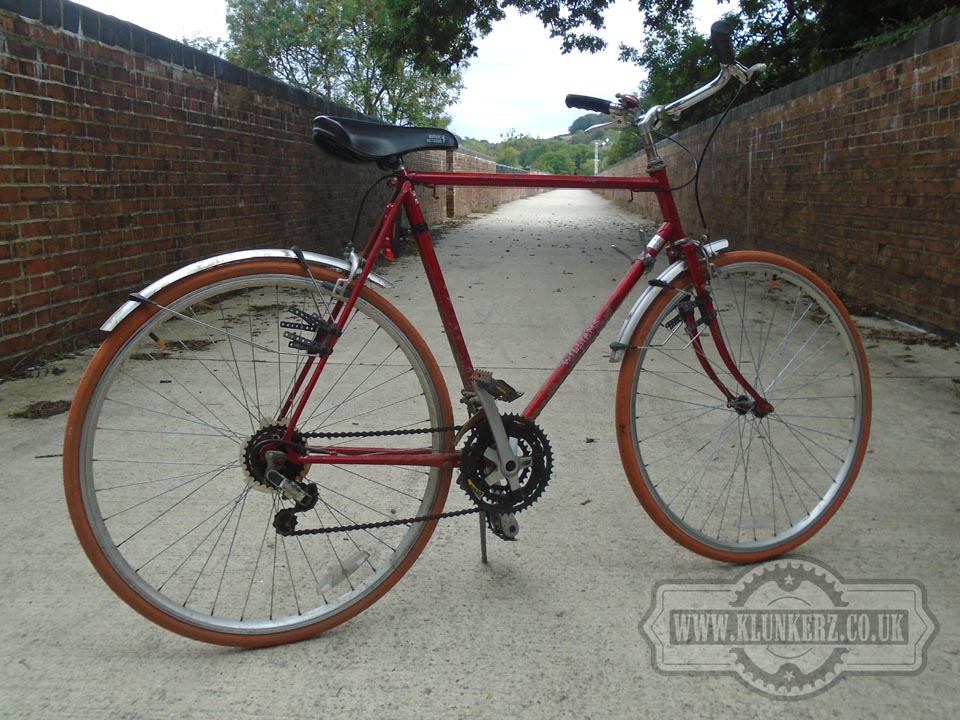 Today, riding this was hard. I've not been out on my usual route for a very long time, and instead I've been on a much shorter route simply because I've been short on time, and if I'm honest, I've been lazy. I decided that today, as I'd not done my longer route for a while I'd treat myself and take the Williams out for a spin. The weather was fairly pleasant, although it was pretty windy, and I felt like I was battling a headwind all the way out, and then all the way back too! 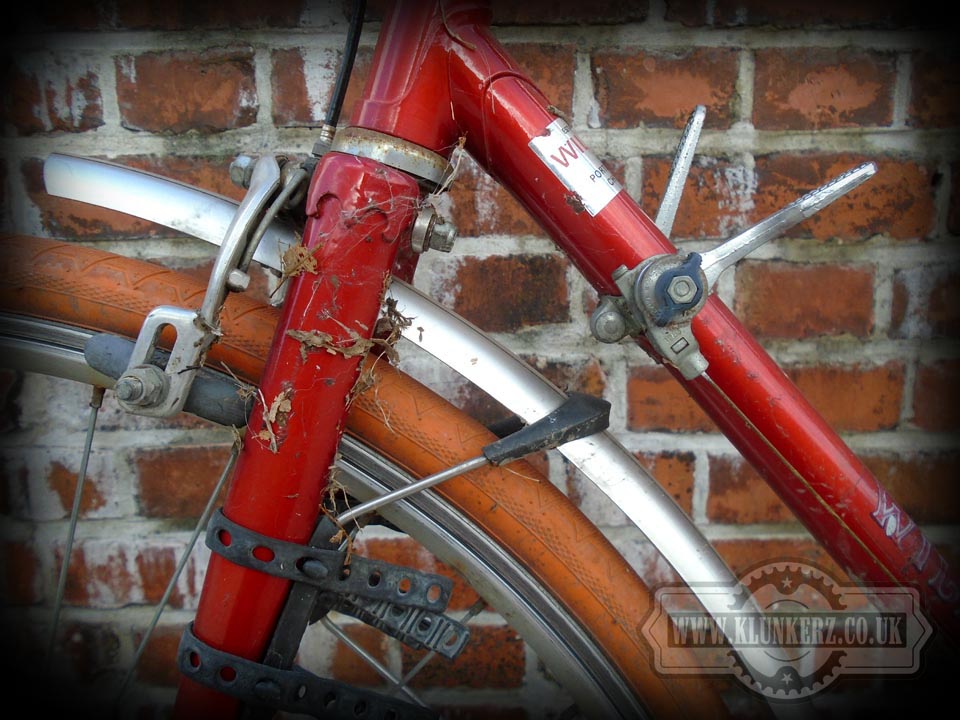 Worse than this, the bike was pretty stiff, and by the time I was back at BelongaClint so was I. I think the last time I rode it, it was wet and muddy, then I haven't touched it since then. The combination of wet, muddy, and long time without use has made the Williams quite stiff! Although, it's safe to say that it will probably never be as stiff as that Diamond Back was! The first problem I encountered was that I couldn't change gear... At all. 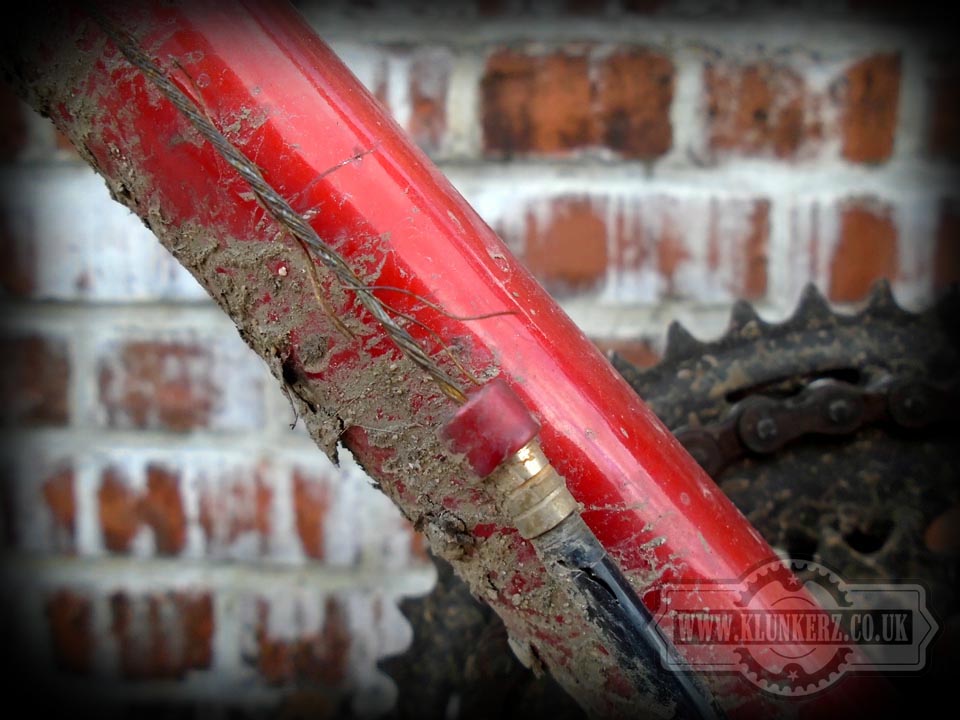 My feeling is that the second hand gear wire I used has corroded inside the outer cable, and try as I might I couldn't get either to shift. To be honest this might all work out well for me, as it gives me a reason to now move the shifters from the frame, where I never liked them anyway, up on to the handlebars. I'm not sure where exactly on the handlebars I want to put them, I'm pretty sure that I don't want the rapid fire type shifter, and I certainly done want grip shifters, so I'm not too sure what I want. My Raleigh Record, when I originally dug it out of a skip 20 years or so ago had the shifters on the stem. If I can locate a set of these, then thats what it will get. 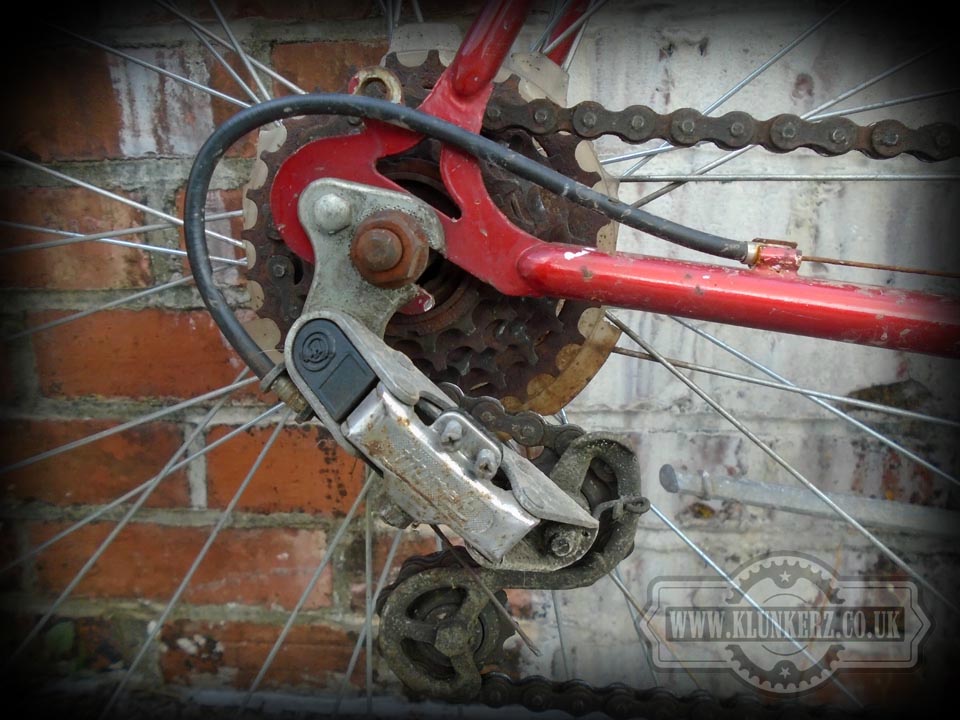 Both the rear, and front derailleur seem to move freely, so I'm pretty sure the problem is just confined to the gear cables. Other problems that seem to have occured due to my neglect is that I'm pretty sure the bearing cage in the bottom bracket has broken up. As I ride along every once in a while theres a pretty loud CLACK! From the bottom bracket, and it's enough to actually make my bell on the handlebars ding! So I'm fairly sire thats going to need some attention too! But apart from that I think all it needs is a bit of a service, and a good wipe down with an oily rag! 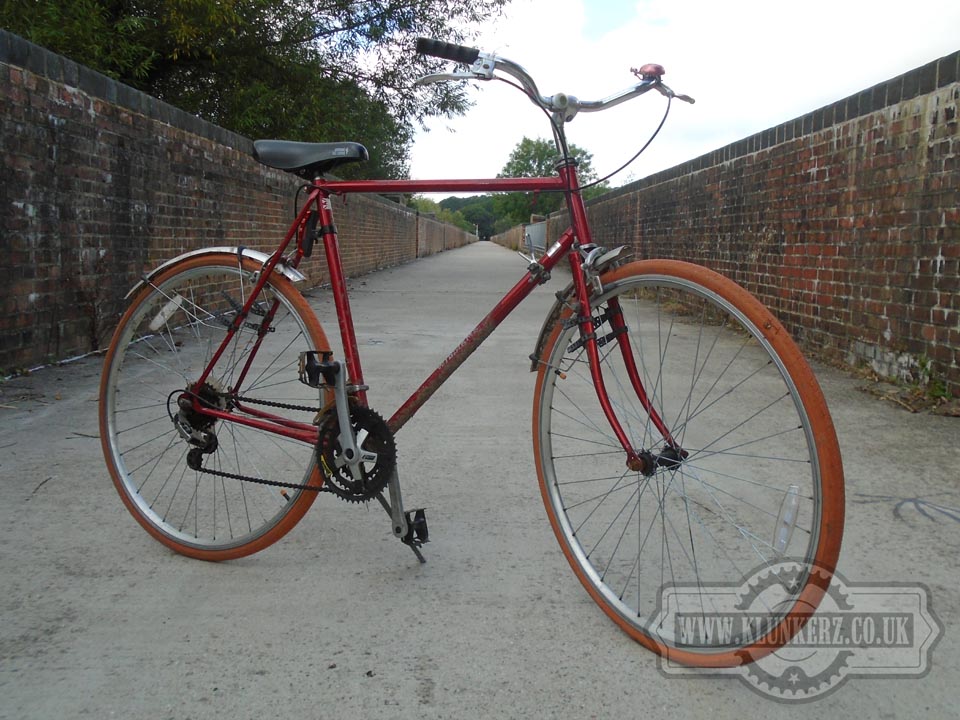 One thing I did notice on my on my ride out this morning, is that there were no dog walkers on route today. Normally my route is peppered with them all over the canal path, but not today. Today I was going against cyclists, mostly middle aged, but all coming towards me, all lycra clad, and all on racing bikes. Odd. I wondered what was on? There were loads of them, like a swarm! What was I missing out on? My feeling is that I was missing out on nothing. These bikes all looked pretty fancy, and I would say that for the most part they all cost more than my car! As for the cyclists themselves, well, I'm never sure if these fellas are enjoying themselves or not. I say this because they all look so serious, clad in lycra, cycle helmet on, and amber vision sunglasses, all riding like they're trying to set some sort of record. Which I guess they proabably are. I look at joggers sometimes when I'm out on my bike, and they never look like they're enjoying themselves either, they always look so serious too. I wonder, once you put on lycra, does this bring about the end of fun, does wearing lycra take the enjoyment out of jogging, and cycling? Is lycra uncomfortable? I wonder if these lycra clad people are not so much doing it for the fun, but for the benefit of getting some excercise? The thing is, when I ride my bike it's for fun, an added benefit to this is that I am getting some excerise, but it's mostly for the fun. I ride fairly briskly when it's clear, and so I wonder how much more beneficial to my health it would be if I also donned the lycra, and took my cycling seriously? Infact, I wonder if they're getting any more excercise on their lightweight bikes which they ride at speed than I am getting on my heavy weight bikes that I ride briskly? I guess I'll never know, but one thing I can tell you about these serious cyclists is that they never acknowledge me when I'm riding. I say this because normally when I'm out riding and a see another cyclist coming towards me I tend to say hello as we pass, and they almost always say hello back. I must've said hello to thirty lycra clad cyclists this morning, and not one of them said hello back! Ignorant lot, still, I'm not going to dwell on it, I think I'm probably having far more fun riding my old heavy bikes than they'll ever have on their lightweight racing machines, and for me, thats the whole point.