November 16, 2018
As a rule I don't tend to buy bike frames from the tip, but as I am trying to deplete my large stock of bike bits due to losing my storage space I decided to bend the rule a little. 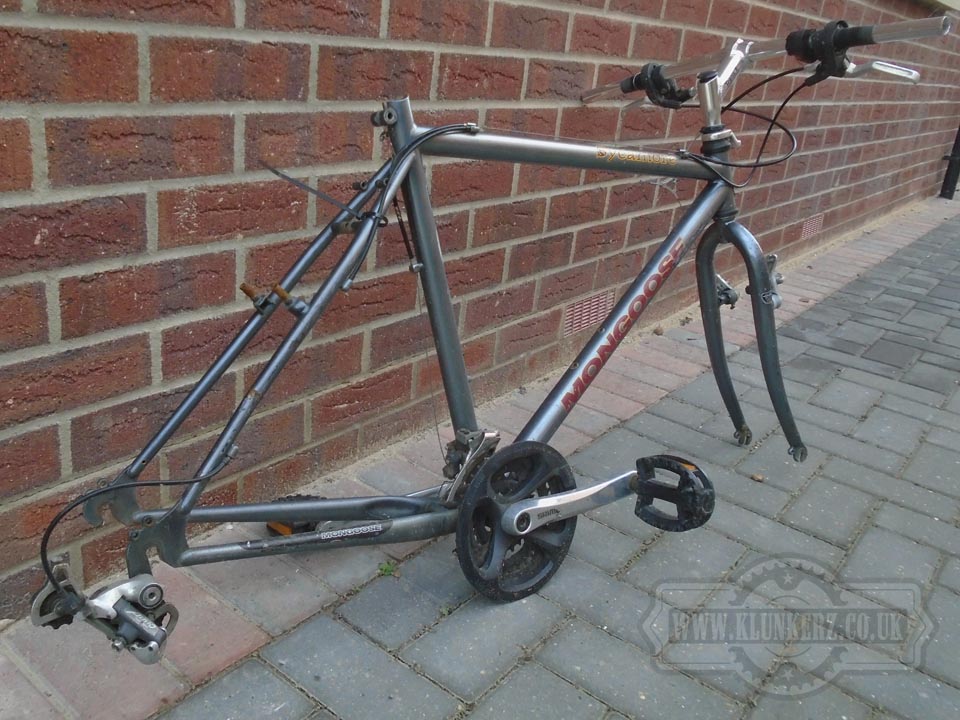 Actually, I decided to bend the rule a lot as I collected four frames in total, most of which were just frame and forks, but as this one had a few bits still attached to it I decided to start with this one. Since inheriting a fairly comprehensive selection of used bike bits from my friend after he died, my personal selection of bits has grown out of hand. My own collection was pretty big, but once I had added my friends it was, or should that be, is massive now. I could probably build somewhere in the region of fifty bikes, but what I don't have is frames. The four frames I collected were already in the used metal skip, ready to go and get melted down into baked bean cans or something, and so, as they were already in the skip I didn't even get charged for them, which was a bit of a result.

Once back at BelongaClint I assessed the frames, one of them is extremely familiar to me, but that one was pretty much just a bare frame, and so I shall attend to that one last. This Mongoose however was the most complete, and so it was decided that I should build that up first. 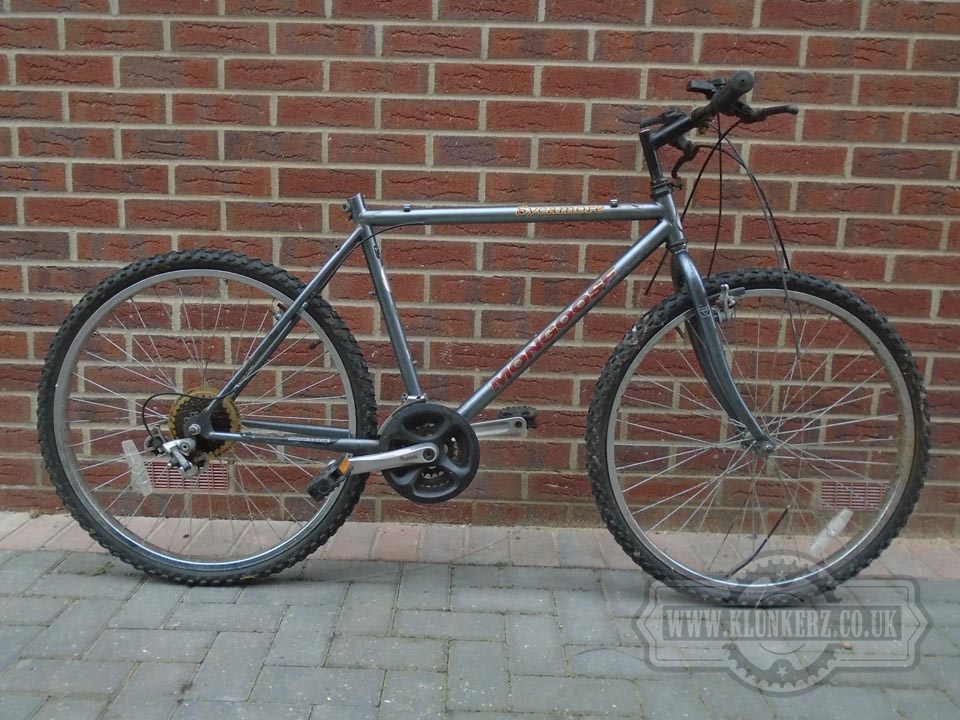 Stupidly, although it was the most complete I decided that the way forward was to strip all the bits off, and change the bits that were on it for other bits that I had kicking around. I guess the devil does like to make work for idle hands! Before long I had dug a set of bars, complete with stem, gear, and brake levers all still attached out from my stash. I think that this was just me being lazy as when I saw it I thought that would do as it was all there and ready to go, and so on it all went. The next addition was the wheels. I don't usually put chromed steel wheels on to a bike, but these are in quite good shape, and so I'd never got around to throwing them away. 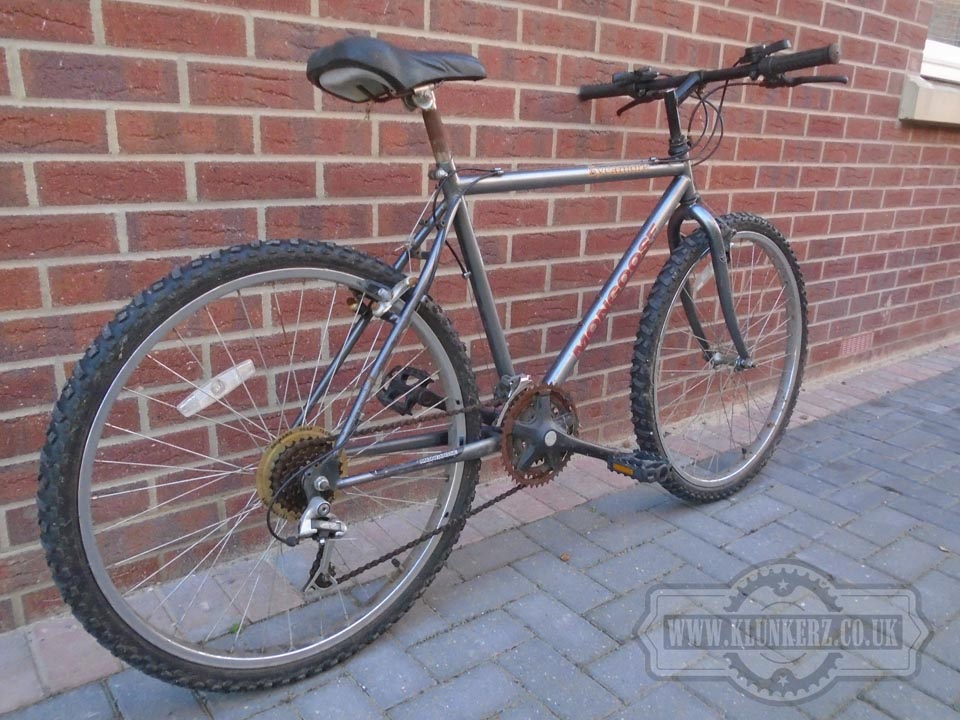 Plus, they already had tyres and tubes fitted which held air, and so, again due to laziness as much as anything, on they went! Next addition was a set of cantilever brakes that I robbed from one of the other frames. I figured that while I was making work for myself I might as well make a bit more! Besides the other frame may end up as part of my collection for a bit, and so I have something else in mind for stopping that particular frame once it becomes a complete bike! It was at this point that I also decided to change the crank because as much as anything there was no longer anything aluminium coloured on the bike to match it up with. So off came the old aluminium one, and on went an even older steel one, and a chain too! The hunt was then on for a saddle, or more importantly a seat post, as despite my massive selection of seat posts I had nothing that fitted! In the end, rather annoyingly I had to rob one from one of my own personal bikes, just to complete this one. Talk about robbing Peter to pay Paul! But as I intend to do a bit of a resto on the bike it came off I figured that the seat post could be donated to the cause! 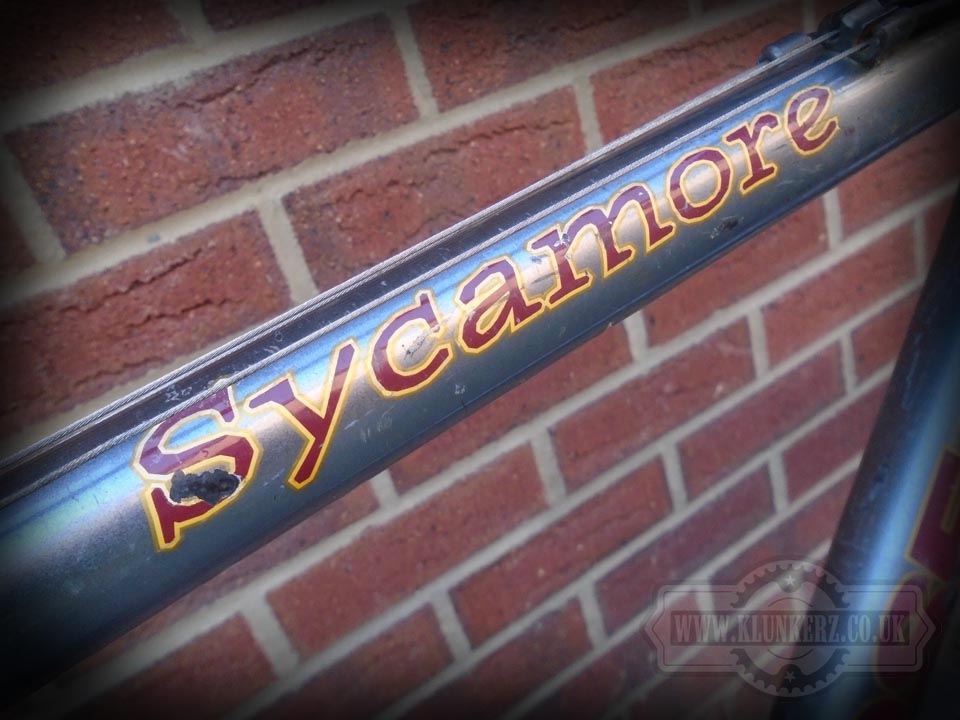 I think that now it is done I might have to have a quick go on it just to see what it is like. I'm not too sure that we're looking at a keeper here, as with a 19" frame it is a little bit too small for me, but I do like to have a little test ride on the bikes that I throw together just to see what they're like. As it went together very nicely I am hopeful that it will ride as well as it went together. I wasn't really rushing when I put this together but building it took me less than a mornings work, and to be fair I quite like the end result. 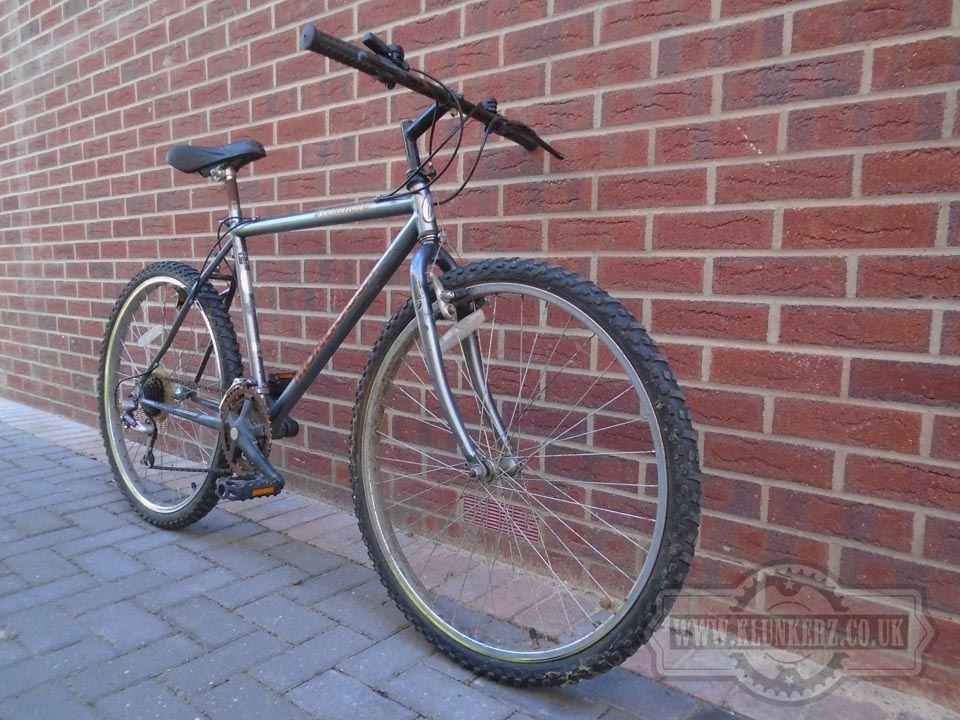 Now all thats left to do is take it for a quick spin-a-rooney  around the block to see how it goes, and then, build the next one! Stay tuned!