January 08, 2019
Fifty seven minutes! Thats how long it took me today to do my forty minute ride. I realise that there is still a difference of seventeen minutes to make up, but yesterday, the first day I had ridden since before Christmas my forty minute ride took me an hour! Therefore today I was faster by three minutes! I'm calling that a win! 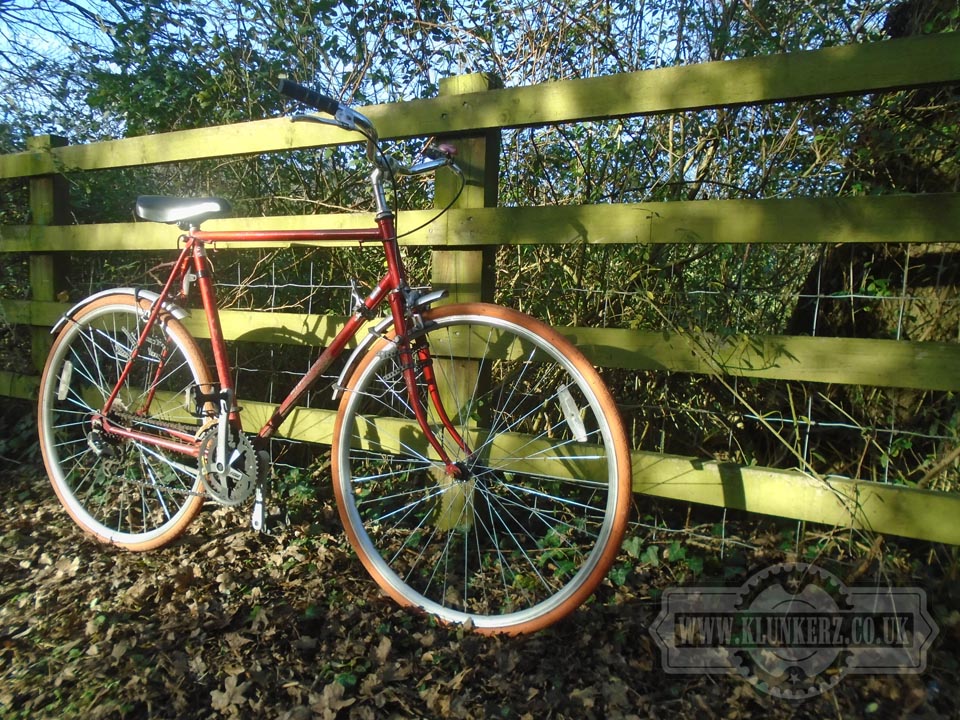 I think that some of that may have been due to a change of cycle. The Real Easy is very nice to ride, but the Williams has a larger frame, and I think that the larger frame made for a more comfortable ride as my belly wasn't resting on my thighs as much! Last night I did wonder if I would feel like riding at all today, I quite expected to feel a little bit stiff when I got up. But as I was rudely awoken by Mrs Clints phone ringing when she was summoned in to work at 03:30 hours this morning, by the time I had laid awake until 07:30 when I got up I wasn't feeling as stiff as I thought! I was feeling pretty ticked off at only having two hours sleep, a fact that was not lost on my two little Monsters during breakfast when they wondered why they didn't get a choice of cereal, and I just put a bowl of Corn Flakes down in front of each of them silently! Actually by the time breakfast was eaten, and I had done the school run I was feeling a bit more with it. The sun was out, and it was feeling a bit Spring like, and so, shorts on, I headed out for a bit of a ride. 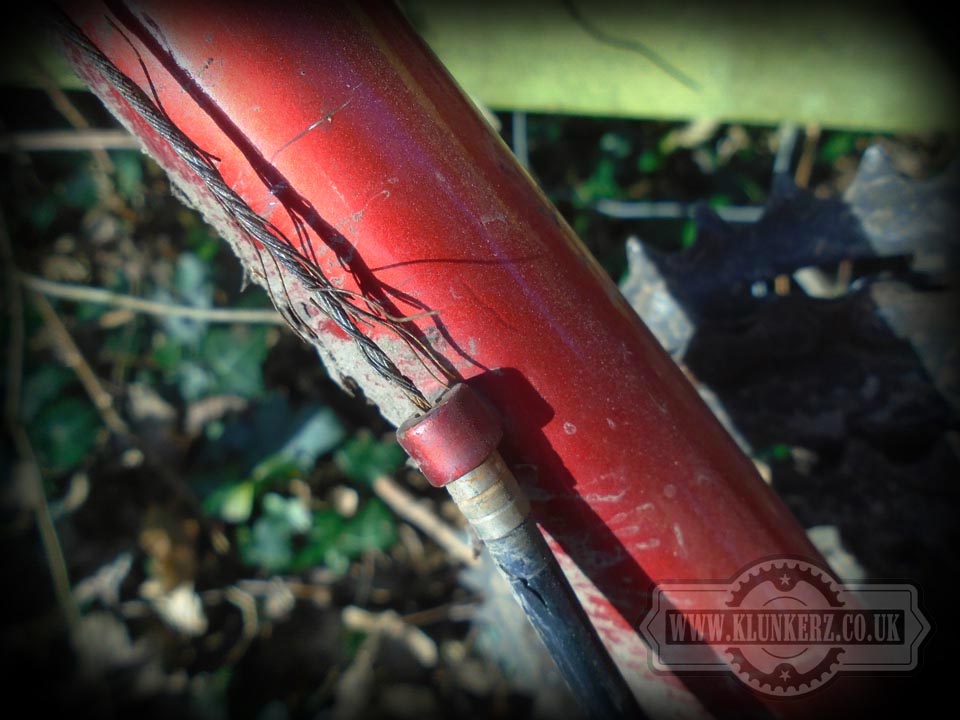 Its safe to say that although I was a bit faster I wasn't really going for it. For whatever reason the gear cables have seized inside their outer cables, I'm guessing that this is due to the fact that I used old cables when I threw this together, and it's rained on the bike for the last couple of months while I've not been using it and so now the cables have rusted together. I seem to remember that it was not working properly the last time I rode it, but then I couldn't remember it it was this, or another bike, or maybe it's both! I tried to change gear several times but all I managed to do was fray the gear wire more, I didn't particularly want it to snap so it would be trailing along behind me, so I left it alone, and rode on with only a single speed bike! 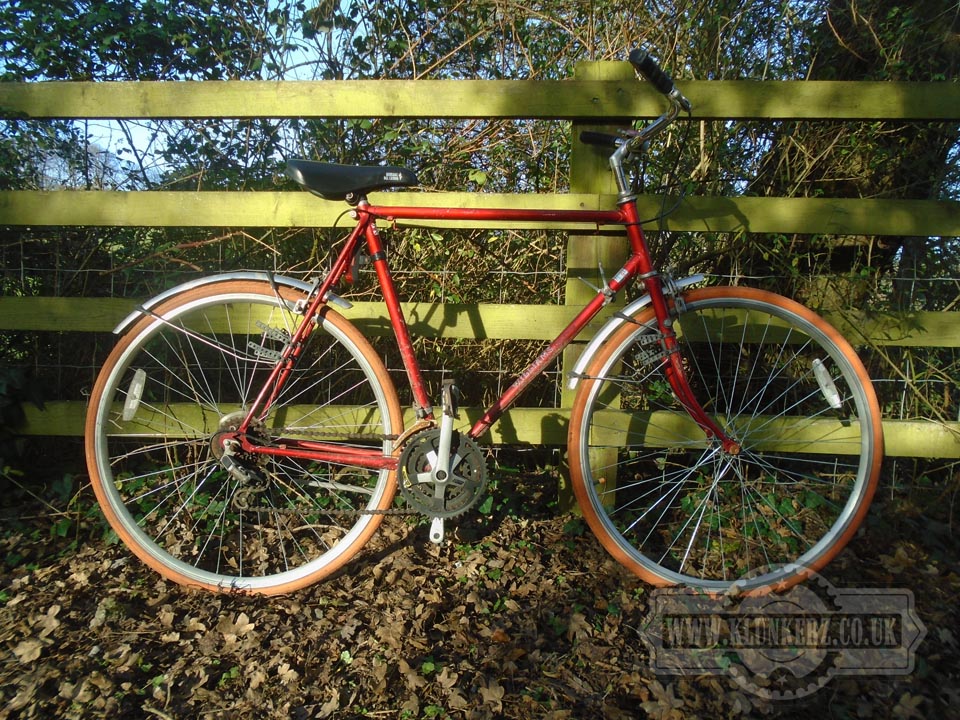 One thing I did remember about the last time I took this out was that every once in a while it would make a pretty cloud CLACK! Which seemed to be coming from the bottom bracket. I am now almost positive that it is not coming from the bottom bracket, I feel that it is coming from the rear wheel. I say this because today as I rode along it did it several times, and on a couple of occasions I then lost drive, and the rear cog block would just spin freely as I tried to pedal. Although it seemed that once it had done this, if I then pedaled backwards, and had another go at pedaling forwards, it would catch and I would ride along as if nothing had happened. I'm guessing that the freewheeling ratcheting mechanism is either partially seized, breaking up, or just worn out. So I've added it to the list of jobs to do on the Williams. 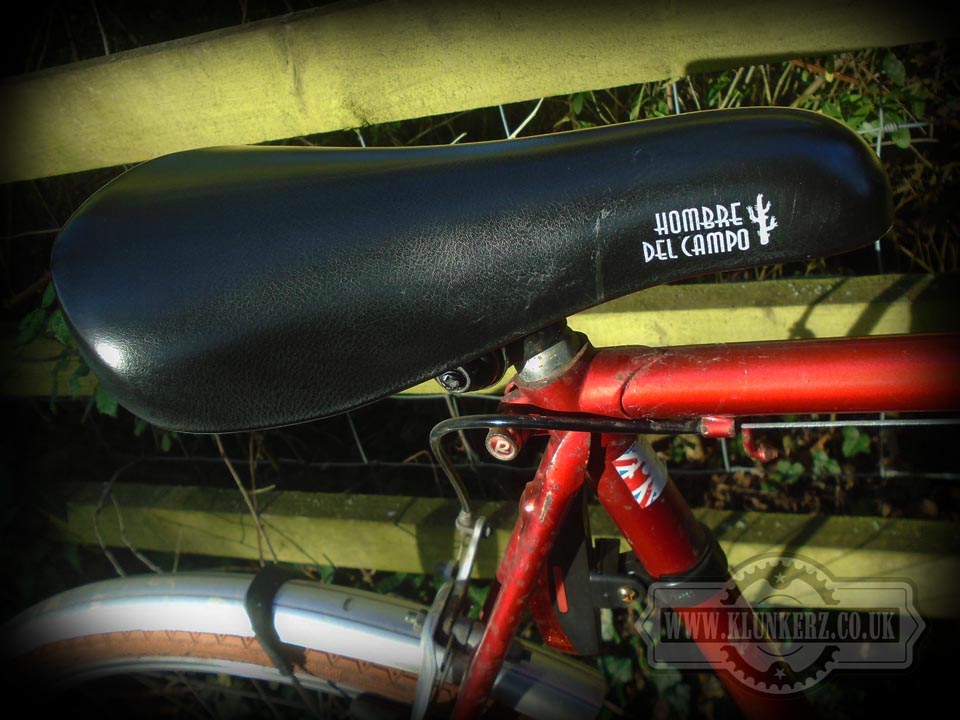 Another thing that may well get added to the list is the Hombre Del Campo saddle. I don't remember it being so uncomfortable before, but by the time I got home from my ride I felt like I had been properly abused to the point that tonight as I sit here writing this I've had to add another cushion to my seat! But this may well just be because I'm out of practice, and of course there's now more weight bearing down on it! For now I don't think I'll change the saddle, it looks nice on the bike, and I'm pretty sure I used to find it fairly comfortable. 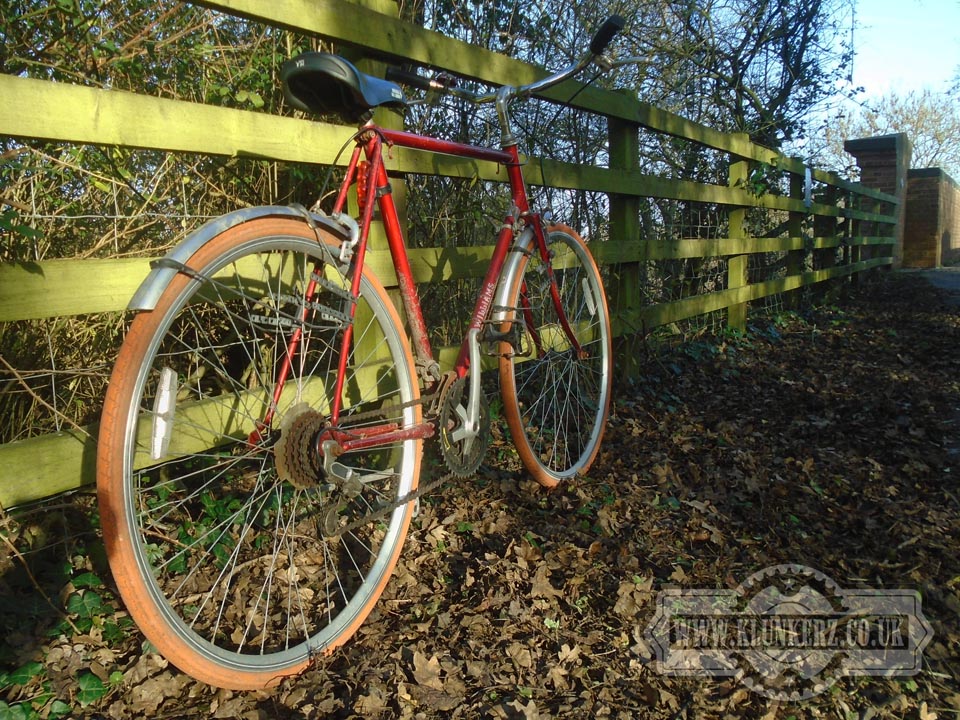 When I originally threw this together it was done as a knee-jerk reaction to having my Kalkhoff bike stolen from me, and I'll be honest, I'd still like the Kalkhoff back. However the Williams does ride very nicely indeed. So nicely that I would put this near the top of the list for the best bikes I've ever thrown together, this, the Real Easy, and the Magna Fugitive (remember that one?) all ride very well. They'd certainly make the top ten of the best riding bikes I've built in the last year or so, something I wish I could say about the Diamond Back Topanga! But like I said, it was a knee-jerk reaction thrown together, and thrown together quickly. Since riding it, and now it is needing some attention I have been wondering if it could be improved upon? I worry about trying to make it too good, because that was the route I went along with the Diamond Back, and that thing is nowhere near as nice to ride as this is, but perhaps I've got the basic recipe right with the Williams, and maybe I could just tweak it a little here and there just to make it better. I have even wondered about using some brand new parts! I've been thinking about a sealed case bottom bracket for starters. Then perhaps change the handlebars for something with less curves, and have the shifter on the stem, lastly change the wheels, I have a set of yellow Giant wheels in my stash, still 700c in size, but I keep thinking that they might look great with the red frame of the bike and the orange tyres! I dunno, maybe I'll just take it apart, and clean everything before putting it back together with a couple of new parts and a bit of lube thrown into the mix for good measure. Time will tell, but no doubt you'll hear about it here if I do. But before I do anything more to it, I've still got a couple of other frames that I really should be turning into complete bikes before I start pulling other bikes apart that I can already ride!