January 16, 2019
Bleak! Thats how it felt when I looked out the window while I got ready for a bike ride this morning! As a  rule I don't like to ride in the rain, I don't like it at all. But I figured that even though I'd probably not be setting any time record today, if I went for a ride at least I'd still be getting some exercise, if for no other reason that to try and deplete my sugar levels following last nights Christmas cake finale! 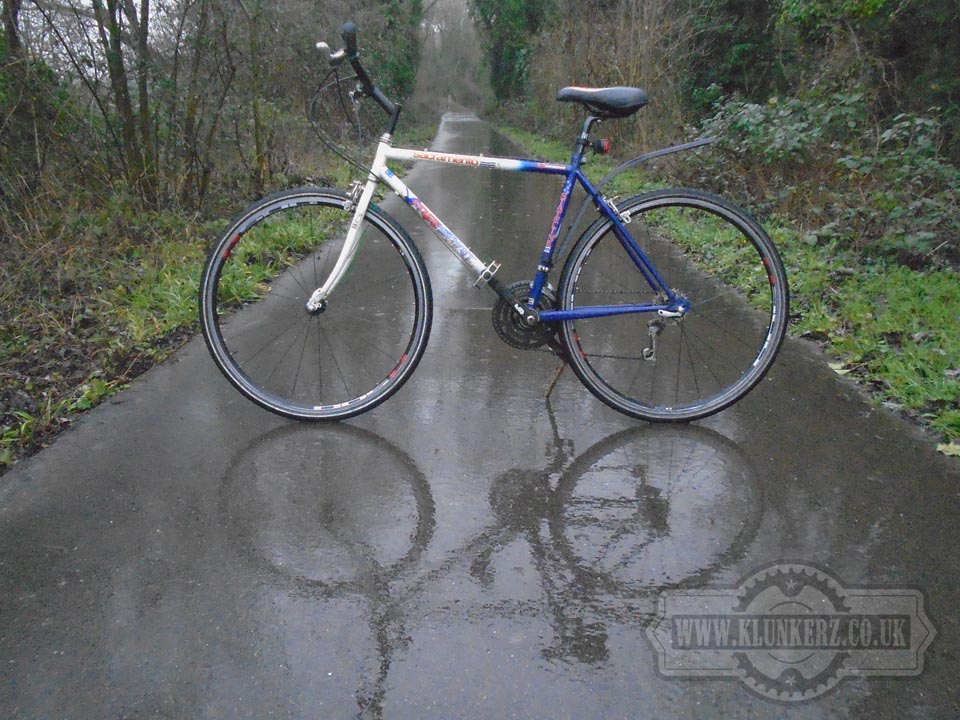 Shorts on... And a big coat, I headed out, before long I was moving slowly along my little morning route. I'm not a fan of riding in the rain, but what I'm really not a fan of is getting a good coating of road spray thrown up by my own tyres! I absolutely detest that muddy stripe that everyone who rides in the rain ends up getting up their bum and back! 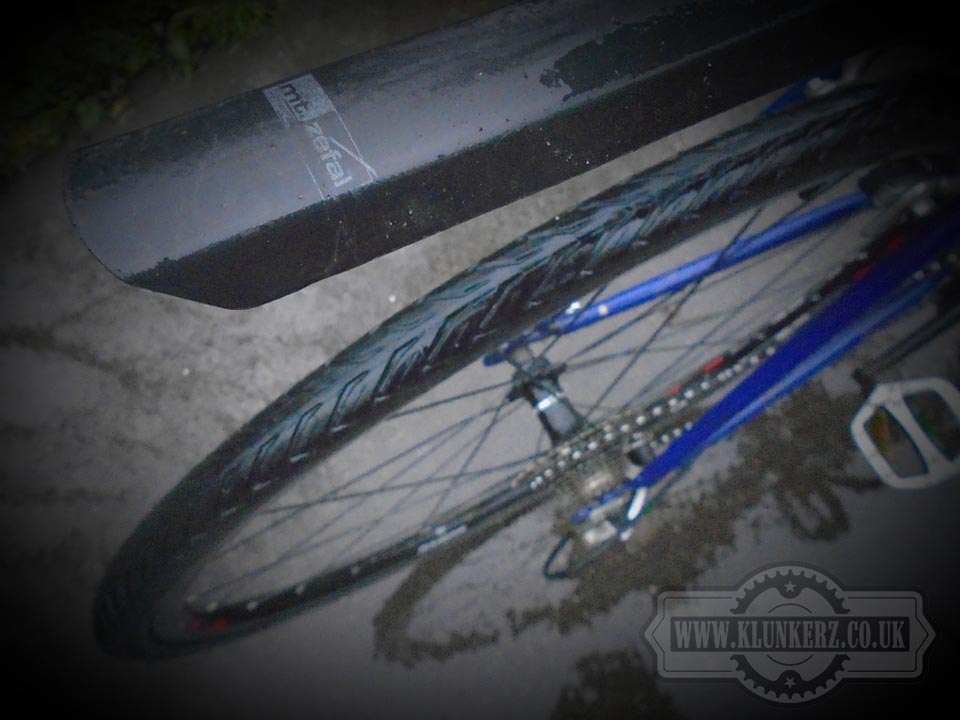 With no front mudguard my frame was doing it's best to stop the water from the pavement being transferred to the front of my body. Out back a skinny Mt Zéfal mudguard was doing it's level best to stop me from getting the muddy bum stripe... Both were failing miserably! I don't really know why I even bothered, I should have just gone for it, because frankly it was that very fine rain that seems to get through anything, so within about ten minutes I was soaked to the bone anyway! 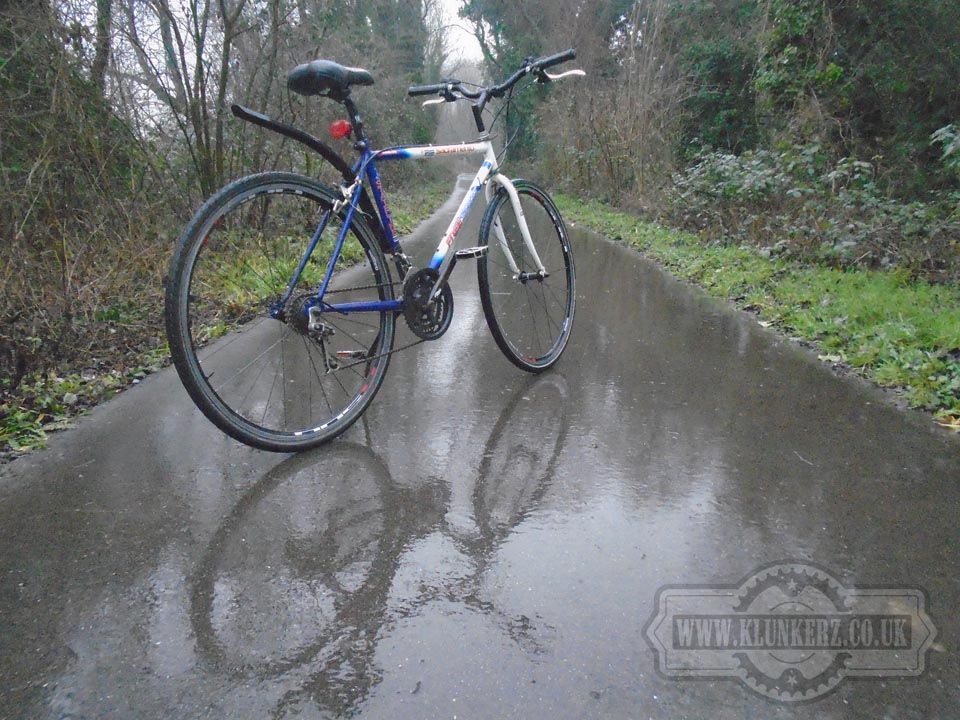 The path was pretty quiet, as I had expected, however, what I didn't expect was the complete lack of the hard core lycra clad cyclist, as I said, I don't usually cycle in the rain, but I expected that the hard core cyclist would be out there riding no matter what the weather, but no! However, despite fit-club not turning out to ride their bikes in the rain, fat-club still came out on their old mountain bikes. Even more of a surprise was that even though it was raining, and they were all wearing soaking wet jeans and coats, they were all still pretty cheerful! Still greeting one another with a cheerful hello as they passed me, or I passed them. Kinda made me wonder who the hard core cyclists actually are? The lean, lycra clad fitness fanatics, or the jeans and coat wearing pie eaters like myself. My experience today suggests its the latter group, and good for them for keeping going! 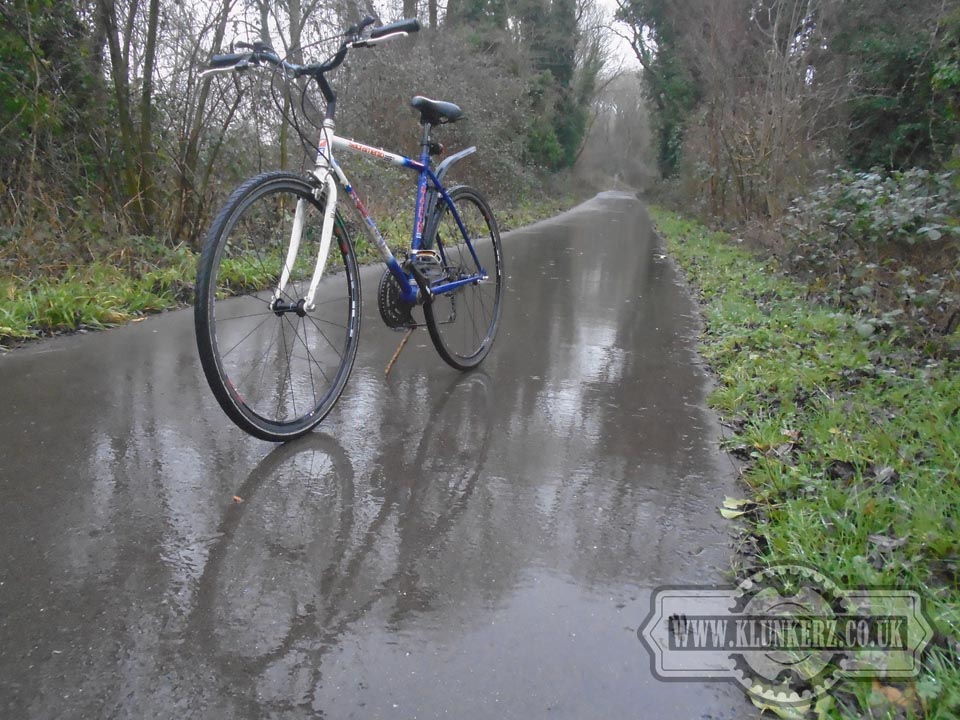 Arriving back at BelongaClint an hour and nine minutes after leaving I knew that my time wouldn't be a good one, because as I said I was trying to not get sprayed from the wheels so I was riding slow. But oddly I was far more tired by this ride that I have been on any of the rides this year. I think this may well be because my water soaked attire was probably three times the weight that it was when I left, and also, once I was soaked it did make movement in my clothes just a little more restrictive. Add to this that by the time I got home again I was absolutely frozen, I think that all of these elements together just added up to make it not only hard work, but quite a miserable ride too. I genuinely don't blame the lycra clad brigade for not turning out on their bikes, I can completely understand where they're coming from. But I salute the jeans and coat wearing pie eaters for getting out their on their bikes and carrying on regardless! 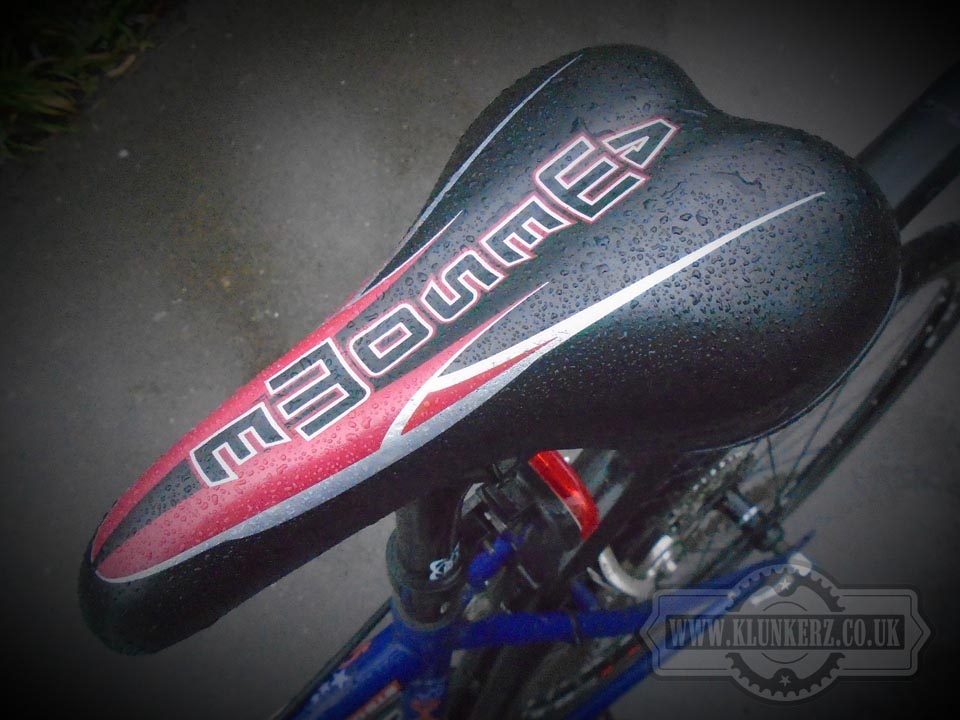 Awesome cycling weather it wasn't, however I must say that I am glad I went out there anyway. I did have to come home and thaw out before heading off to work, which did mean I was a little bit late for my day of standing outside mixing and laying concrete! Goodness knows what that will look like tomorrow! Speaking off tomorrow, if you're wondering if I will be out on my bike should it rain tomorrow, I must admit the concept doesn't fill me with joy, but I will certainly try to get out there and ride in the rain again, if for no other reason than to support my fellow jeans and coat wearing pie eaters! But not only that. I feel that, at the moment if I can think of any tiny excuse not to get out there on my bike then I will. At this time of year for me it becomes all to easy for me to hide away in the dry and try to hibernate for the Winter, this is really why I hadn't been out on my bike from the middle of November until January, too cold, wet, and bleak! So tomorrow if it rains, I'll be out there, on my bike, earning my muddy bum stripe, even though if I'm honest I still haven't completely thawed out from this mornings ride!