January 30, 2019
Man alive it was a struggle today! I don't know what the problem was really, but today, it was hard, really hard! In fact at one point I even considered getting off and walking! I think that some of the problem may well have been the bitter cold, but some of it was probably down to this... 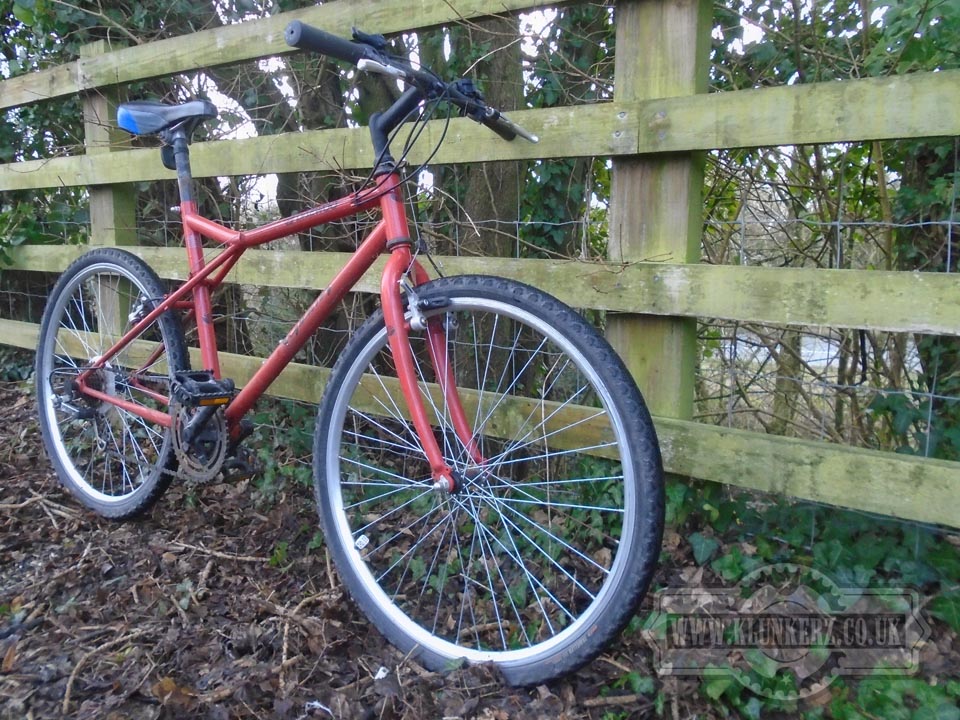 The Daewoo Genius! Of course, there's a fair chance that some of the problem may well be down to the excess weight I have been carrying for a while now, but fear not, my mince pie consumption has gone right down, and I now only have two left! In fact I didn't even have one tonight, although to be fair Mrs Clint has made a very nice trifle, which I had a fair old dollop of, and it has a pretty high sherry content to the point that I'm thinking that it would actually be a bad idea to go out driving tonight. I feel fine, but I'll wager that I've had the equivalent of three or four sherrys! I think a long walk is in order tonight to at least make an effort of burning some of it off! 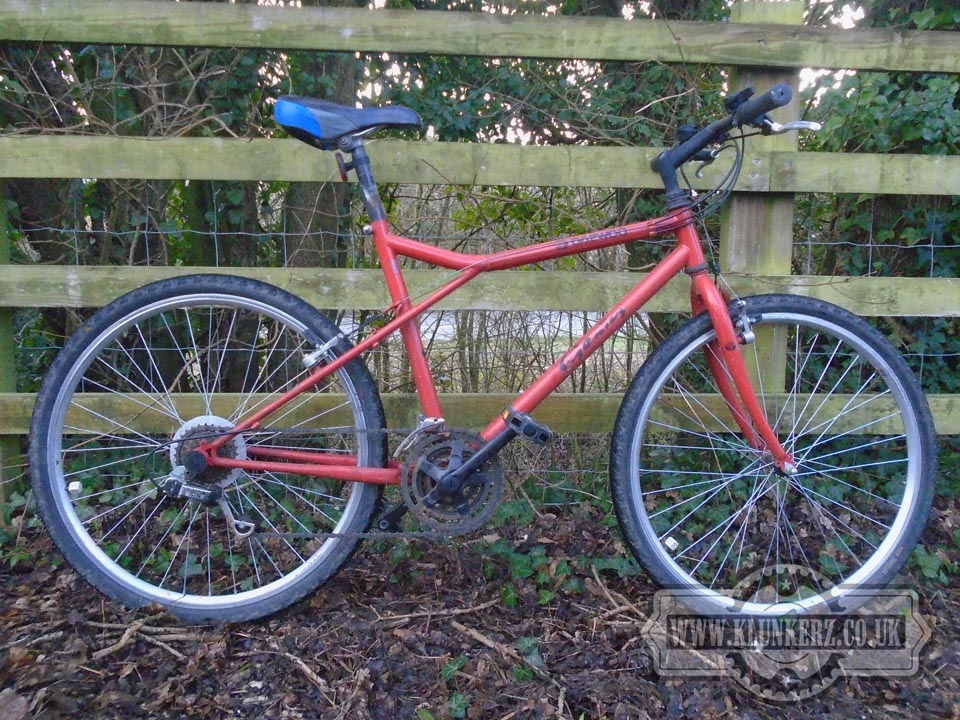 To be fair, I think it's a combination of the three, the bitter cold, the excess weight, and the very heavy Daewoo Genuis. It's a shame really as I quite like this bike... To look at! It's got an interesting frame, and at one point I was tinkering with it, and even enjoying it, but back then I was a little lighter, and it was warm and Summery. I remember thinking that a bit of the problem may well be the handlebars. 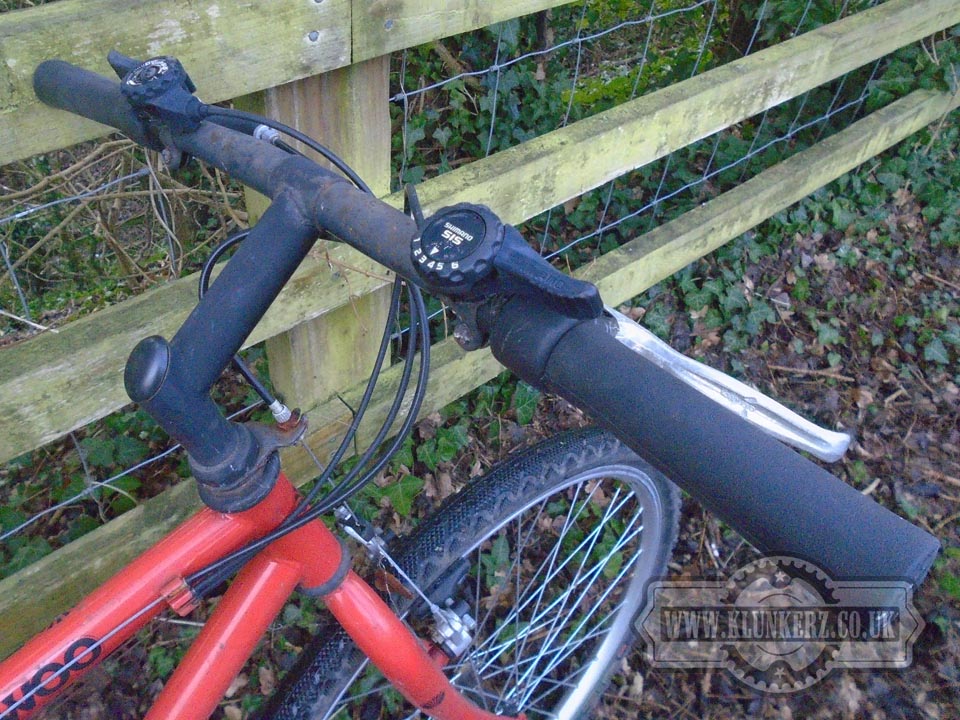 As you can see they're straight, and at the time I was riding a lot of bikes with straight handlebars which were positioned at about the same height as the saddle. I was finding it comfy to ride, and an easy position to ride in. But then I moved away from the straight bars to bars with a little more curve, and height. This put me in a more upright position, and I think that as odd as I found that position back then, I find it a far more comfortable position to ride a bike in now. I remember thinking that I might actually put a more touring bike handlebar on the Daewoo, and see how I get on with it. But after looking through my stash I find that most of my handlebars are straight now, and I've used up the curvy ones that I like on other bikes! I think that with a more upright riding position my belly wouldn't be resting on my thighs so much, and this in its self would make it easier and more pleasurable to ride! 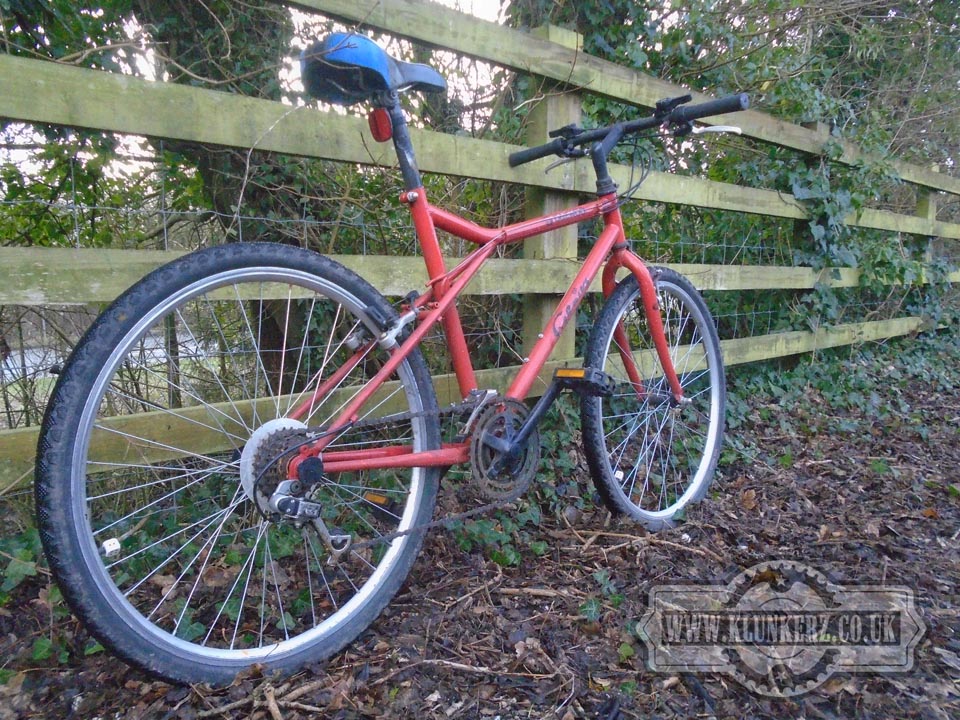 But today was tough. I tried to keep up with a member of the lycra clad fit-club brigade, but even downhill he was pulling away from me, I was peddling like mad to try and keep up, and he was just gliding away! On the uphill stretches if I'm honest I was having trouble keeping up with the pie-eaters, actually I wasn't even keeping up with the fat-club either. Today, for me especially it was a slow day, I am the slowest member of fat-club! I could trundle out all the excuses in the world, I didn't sleep well, it was cold, I've had too many pies, my Sciatic nerve is really painful,  and even like the poor craftsman blaming his tools, the Daewoo is too heavy, and too hard to ride! But the fact is that the main problem is my lack of exercise, and up until the beginning of this year, I havn't been out there on my bike enough! This is something I hope to change during this year, and so far, I think there's only been three or four days that I havn't ridden! I'm not going to say that I am going to ride every day, I won't, that would be ridiculous. But I hope to at least be riding as much as I was a year or so ago, and hopefully the more I ride the easier it will become, and the more I will enjoy it. I'm never going to be a member of fit-club, and thats ok, I know my place in the ranks of fat-club. But although I want to continue to be a fully paid up member of pie-eaters anonymous, I would like to be one of the faster members of fat-club! I want for my rides to not be a struggle like it was today. I feel I've got a fair way to go, but hopefully I'll get there! Well, that's the plan anyway! 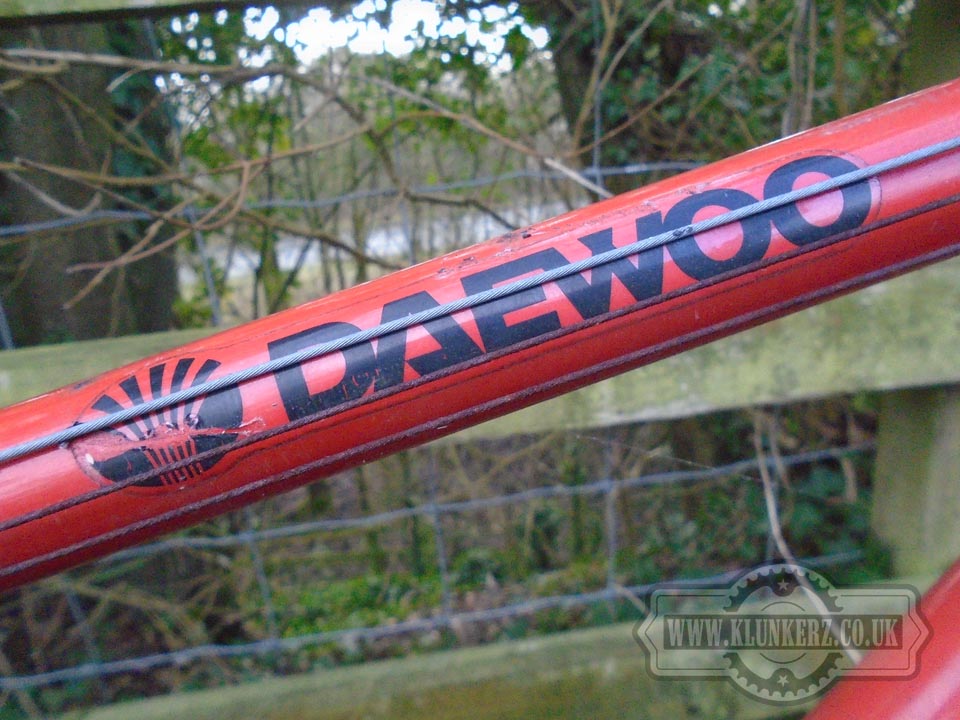 As for the Daewoo, well I'm not 100% decided, but at the moment I'm thinking it's time for us to part company. I like crap bikes, I really do, and I'm pretty sure that I like this one too, but todays ride was a real slog, and I didn't enjoy it at all, as for the time, well it's at the slower end of the scale, a rather displeasing 58 minutes! Admittedly thats better than Saturdays time of 97 minutes, but the path was less busy than Saturday, and I didn't stop to throw anyones walking stick in the river.

A bike that made cycling a chore today?.. That'll be the Daewoo!